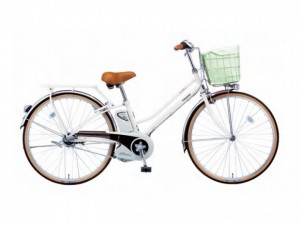 This article about a “granny e-bike for kids” I found to be pretty funny.  The author at Wired makes some good points in a humorous way about Panasonic’s way of promoting this electric bike.  I agree with most of them.  I think an e-bike would still be better than taking the bus 🙂

Check out this “classic” video from the guys at Eco-Speed electric bike conversion kits.  They put their kit on the Bullit cargo bike and have done some pretty crazy stuff with it!

I like the title of this post “We Want Lance’s Legs” (Armstong).  This is a good article on the e-bike scene in Sydney Australia.  This is a quote from the article about a woman who recently got into e-biking: “(she) wanted to ride to and from work in Paddington in her work clothes with shopping on the back without needing to shower and change after her commute.”  Perfect!

Here is the Ohm XS 750 electric bike review.  I have been riding and testing the Ohm over the last couple of months.

Check out this news video on Gary Stewart who runs the Ivan Stewart’s Electric Bike Center in San Diego California.  I really like it when local news stations pick up on the e-bike scene!

Cool!  Taiwan is hard at work developing new lithium battery and electric motor technology to improve electric bikes and solve some of their pollution issues. 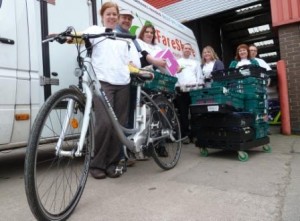 Here is an inspiring story about a company in Bristol that uses an electric bike to distribute surplus food to people who need it.

Electric bikes will be a big focus at this years Taipei International Cycle Show. 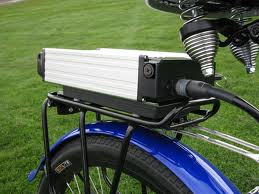 What are these volts & amp-hours

Los Angeles has approved a plan for almost 1700 miles of new bike paths!  That is great!

Here is an article that addresses the rising costs of petrol by encouraging bike use and offers a quick explanation of Cyclescheme.

Apparently Presteigne is the electric bike capital of Britain.  Sounds like they have quite the community of e-bikers!

India is working on a duty concession to reduce the cost of electric bike batteries.  The article also mentions the economic benefits of riding an electric bike compared to traditional transport.