Electric Bike Report is your place for:

We are very enthusiastic about electric bikes and the potential for them to enable many people to enjoy riding a bike for transportation and recreation.

The primary goal of Electric Bike Report is to get the word out about electric bikes and all of their benefits through news, reviews, rider stories, guides, etc. 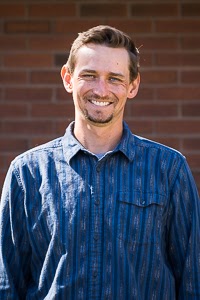 Sam likes bikes a lot. Probably too much. After a childhood spent racing bikes and learning to work on them in his hometown bike shop, Sam spent his college years skipping classes to chase his dream as an elite mountain bike racer. Injury and a lack of talent sent him back to school and into a career as a journalist, where he covered wildfires, public safety and environmental policy for a major U.S. newspaper chain before coming to electricbikereport.com.

When he’s not pounding the keyboard for EBR, Sam likes to get lost on his mountain bike in the Utah desert and harass his two cats. He’s a new convert to the e-bike family but firmly believes they will change the world for the better. Pierce has been an avid cyclist since the summer of 2018, where he found his passion for mountain biking. Pierce has worked hard at making biking part of his life, as he works at a local bike shop here in St. George, and also makes mountain biking YouTube videos on his personal channel “Pierce’s POV”.

Pierce is currently attending Dixie State University and is a senior in the marketing program. Writing and reviewing for EBR has been a great experience for Pierce, as it merges his passions with his work skills. Kristen began cycling in her early 20’s when she strapped two toddlers in the back of an old bicycle trailer and hauled them all over San Diego. Now, living in the gorgeous red rock mountains of southern Utah, Kristen makes it a point to get out on the local trails as much as possible.

Kristen is also an accomplished road cyclist. She placed first in the Tour of St. George in the Fall of 2015 and took first in the Ride the Gap bike race in 2016. In 2017 she again won Ride the Gap and still holds the women’s course record for the 55-mile distance. She is a member of the Red Rock Cycling Club and has been a certified spin instructor for nearly 10 years. Writing for EBR is a way to indulge her passion for all things cycling and spend time with other gear heads as well! At an early age, Bryce was very interested in the mechanics behind bike components. So much so that he would spend his free time tinkering with bike parts in his dad’s shop creating “Frankenstein” bikes that he and his friends could ride around the neighborhood. Fast forward to college and he was the guy racing around campus on a fixie getting to and from design and marketing classes.

After graduating, Bryce began his professional career as an Industrial Designer for companies in the bike industry and has witnessed first hand the boom of the eBike market. His passion for bikes has continued to grow since then and you can now catch him mountain biking and testing ebikes across Southern Utah and nearby states with friends and his dogs. Griffin was a casual bike rider until riding his first eBike in 2019 when he instantly became hooked. Now he looks forward to taking in the stunning red rock views of southern Utah while cycling around town. Thanks to the warm climate, he loves being able to ride year-round and test all kinds of ebikes on the diverse terrain. Griffin proudly provides the new rider perspective to the team of more experienced riders. Having recently gotten seriously into biking, he too asked a lot of the same questions many of you have: “why are hydraulic brakes better?”, “how important is motor wattage?”, and the classic first-time experience of “how exactly do you start this thing?”

Griffin enjoys keeping up with the latest trends in tech, energy, and spending time with his wife, son, and two dogs. As Director of Marketing, Justin has built relationships with the industry’s top bike and fitness equipment manufacturers over the past 10 years. Brands looking for exposure for ebikes or bike gear on Electric Bike Report will want to reach out to Justin.

Not only is Justin a member of the team here at Electric Bike Report, but he also is a Product Reviewer and the Director of Marketing at our sister websites, BestElectricBikes.com, and TreadmillReviewGuru.com. A lover of most outdoor activities, Justin spends much of his time mountain biking, paddle boarding, surfing, and enjoying the fact that he gets to test out a bunch of amazing ebikes while working at Electric Bike Report. Michael’s main job is to keep Electric Bike Report up and running. Michael also helps test out the bikes with a focus on the each bike’s overall build quality, durability, and how accessible they are for taller riders thanks to the unique insight of his 6’5” height.

When he’s not manning the website or riding bikes Michael enjoys spending his time with his family, getting some time in on the golf course, and playing pickleball. 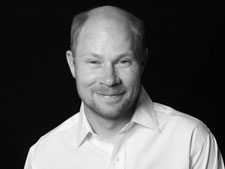 Pete Prebus founded Electric Bike Report in 2010 to provide a central resource of electric bike information for everyone.

Pete has moved on to new adventures in the electric bike world. Here is an article with more information about the transition to new ownership.

Pete has nearly 30 years of experience in the cycling world. At the age of 13 he began riding and racing bikes and working as a bike shop mechanic. He raced mountain bikes for many years, including a few years of racing professionally on the U.S. national cross country mountain bike circuit. 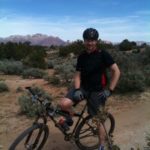 Pete combines his cycling experience, passion for electric bikes, and the power of the Internet to promote this new form of transportation and recreation.

Here are articles by Pete Prebus. 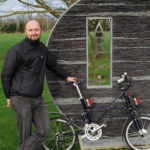 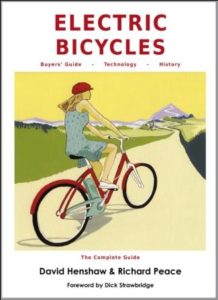 Richard has written a book on eBikes called “Electric Bicycles” and it is a great way to immerse yourself in the world of electric bikes.

Richard has also written and published over 20 cycling titles, including the best-selling Ultimate C2C Guide (Sea to Sea by Bike) plus many of the country’s most popular Sustrans routes. Richard lives in Huddersfield, England.

Here are articles by Richard Peace. 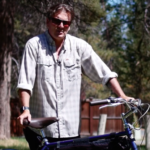 Paul Willerton is a former professional road and mountain bike racer who has gone on to apply himself to other areas of cycling. He is currently a partner in DeFeet International and is working on several e-bike and bike sharing related projects.

Paul has written for numerous publications on e-bikes. He says “Besides being really fun to ride, e-bikes can help reshape lifestyles, urban and rural transport,  and city design while improving the health and wellness of those that use them.”

His workshop and studio in Bend, Oregon is “e-bike centric”, focusing on the design, development and testing of multi-wheel systems that amplify human power.

Here are articles by Paul Willerton.

Please participate in this website by commenting under any of the articles.  We look forward to chatting with you.

Here is a link for the various ways to contact Electric Bike Report.