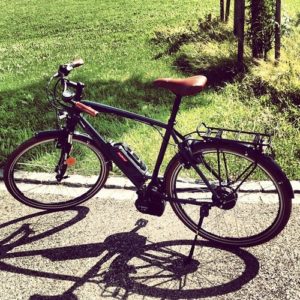 The Riese and Muller speed pedelec electric bike goes up to 45 km/h!

It didn’t look to be a fun demo day for those presenting their conventional bicycles. Pitched tents were crowded with reps and brand new bicycles, waiting to be asked out for a spin.

But of the thousands of bicycle industry people who had descended on the small town of Ratzenried for Eurobike’s annual Demo Day, hardly a soul was interested in trying an old-fashioned bicycle.

That wasn’t the case for Riese und Müller, or Felt, or Haibike, or Stromer, or any other brand that brought their ebike line-up to the outdoor demo. For those with ebikes, the problem was keeping the batteries at full capacity, and having a few bikes available for the line of eager riders.

Yes Eurobike’s demo day, like the rest of the European bike market, is now all about electric bikes.

And the darling of the European ebike market at the moment is Bosch. Introduced to the market in 2010, Bosch is now the system spec’d by a growing roster of manufacturers.

The Bosch is a mid-drive system, meaning the motor drives the front chainring, taking advantage of the gears in the rear. It’s popularity, manufacturers tell me, is due to a combination of great reliability, competitive pricing, quick to market innovation, and, most importantly, performance. 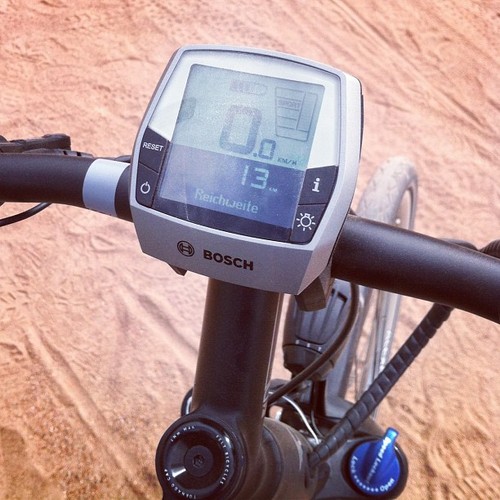 Demo day was my first experience of the system. What was my take? That will have to wait for my wrap-up post later in the week, but suffice it to say Bosch is very nice. The good news, or bad news, depending on how you look at it, is that Bosch is not the Microsoft – or Apple – of drive systems. Competition is fierce, and the market is developing at a feverish clip.

Panasonic has introduced larger capacity battery packs, further adding to it’s edge in having something for everyone – you can have a Panasonic battery of up to 604 Watt Hours now – along with a new hub drive.

TransX from Taiwan was also out in force, delivering a mid-drive system that many manufacturers are experimenting with.

And Bionx is still being built into many bikes, especially by the German brands Wheeler, KTM, and Grace, although many in the industry grumble over Bionx’s lack of focus after Daimler ordered up 15,000 of their motors for their Smart ebike.

There are also a growing retinue of proprietary, or semi-proprietary systems by manufacturers, with Stromer, BH Easy Emotion, and Kalkhoff chief among them (Kalkhoff has developed their own “Impulse” motor system to sell alongside Panasonic and a little Bosch). The more proprietary route allows for easier integration, but also makes retailers anxious to know if they can trust the brands to stick around. The bigger the brand the better when it comes to proprietary technology. 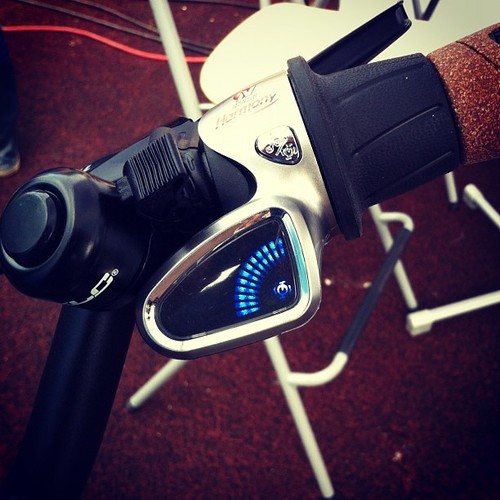 When all the systems and technologies and implementations are taken together, the variety can be a bit overwhelming. Coming from the U.S. where quality options are few and far between to then see so many good systems vying for primacy takes a bit of time to recover from.

There is a war going on in Europe right now, and it is for the future of ebikes. The exciting thing is that we won’t be on the sidelines for ever…

Yes, these are exciting times in the e-bike world!  All of the competition between these different companies leads to new innovations.

Something similar happened in the mountain biking world when suspension was the new thing.   The innovations in suspension are still evolving to make a better mountain bike.  Since this is just the beginning for e-bikes, I think we have a lot to look forward to!

What do you think?  What innovations would you like to see in electric bikes?  Please leave your comments below.