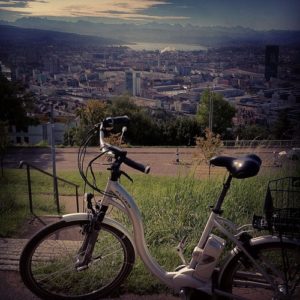 It’s nine in the morning, 70 degrees, and I’m cycling up a hill in the Alps on an electric bike. Welcome to Zurich, Switzerland. I’m not on vacation; this is all business. Truly.

Zurich is the first stop on a business trip to Eurobike, the world’s largest bicycle convention. I have come half-way around the world from our electric bike shop in San Francisco to learn from the European’s about the future of personal transportation.

Zurich is the perfect first exposure to the mobility revolution underway.

The electric bike I’m riding is built in Switzerland by the Swiss brand Flyer. It is a bike share bike offered by the City of Zurich and run by recent immigrants and asylum seekers through a program designed to help along integration.

The electric bike itself was provided by M-Way, another interesting story. M-Way is one of the largest electric bike retailers in Switzerland. It’s parent company is the large Swiss coop Migros, with a range of businesses from supermarkets to gas stations. 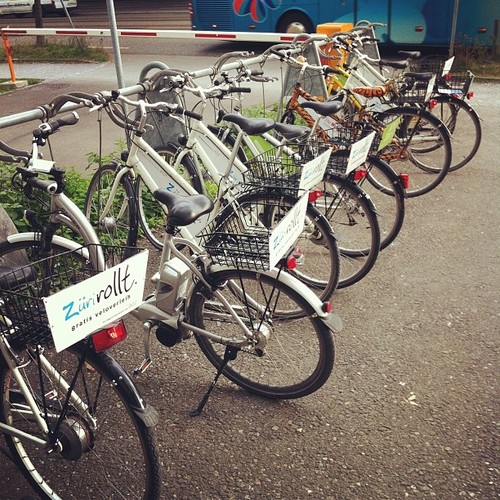 Bikes ready for a ride! This is a bike share program in Zurich.

Yes, electric bikes are in the mainstream in Switzerland. As a store clerk at City Cycles, a large bicycle retailer in Zurich, told me after I lamented about the dearth of quality electric bike brands available in the U.S., the problem in Switzerland isn’t a lack of manufacturers, it’s just the opposite: too many.

But that doesn’t seem to be slowing things down much. The same associate estimated that over 30% of the sales of bicycles at her shop were electric, and she motioned exponentially upwards with her hand when talking about the trend of late. Walking around Zurich, that isn’t surprising. Everywhere you look there is an electric bike locked up, or zipping by.

City Cycles is a bike shop in Zurich that sells electric bikes.

It hasn’t always been this way though. Electric bikes began to take off in Europe about six years ago, and accelerated greatly in only the last three years or so. At Eurobike now, over half the show space for bicycles is dedicated to electric bikes, a sure sign of how bullish the industry is these days.

What this means for life in Zurich is quite clear. While urban cycling has wide participation, electric bikes are expanding the places traveled to and from, and the demographics of riders.

A common sight are what are called “Speed Pedelecs” – abbreviated as s-pedelecs – distinguished by higher top speeds and required license plates affixed to their fenders. These speedy ebikes allow easy and quick travel from the outskirts of the city downtown, making cycling even more attractive to everyone from the weekday commuter to parents, who can often be seen with children in tow.

It’s an exciting time to be living in the Alps. 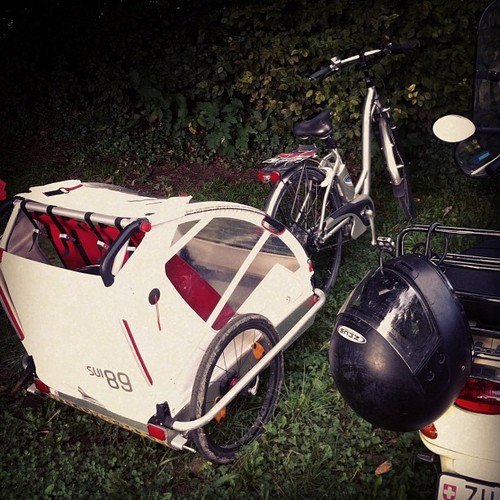 I have to agree with Brett that it is exciting times in the e-bike world!  I was in Switzerland and Germany a couple of times last year and it is so inspiring to see so many people using and enjoying electric bikes.

What do you think?  Does it seem like the US is poised to have significant e-bike growth like Europe has been seeing?  If you live in Europe, do you ride an electric bike a lot?  Please share your thoughts and experiences below.