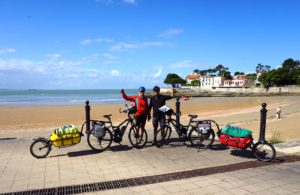 In many ways it is hard to believe, but the E-Bike Cycle Tourists quest to set a new world e-bike long distance record in mainland Europe and the UK has come to a successful conclusion after e-biking 27,800kms over the past 16 months.

The journey, which took us through 13 countries from London in April 2015 through to Friedrichshafen in Germany in August 2016, not only smashed the previous record of 16,047kms, but hopefully set a new challenging benchmark for someone else to better.

More to the point the trip has been a life changing experience that we believe has conclusively proven the suitability of e-bikes in general – and the Haibike xDuro Trekking range of e-bikes we have been pedalling in particular – for unsupported long distance cycle touring. 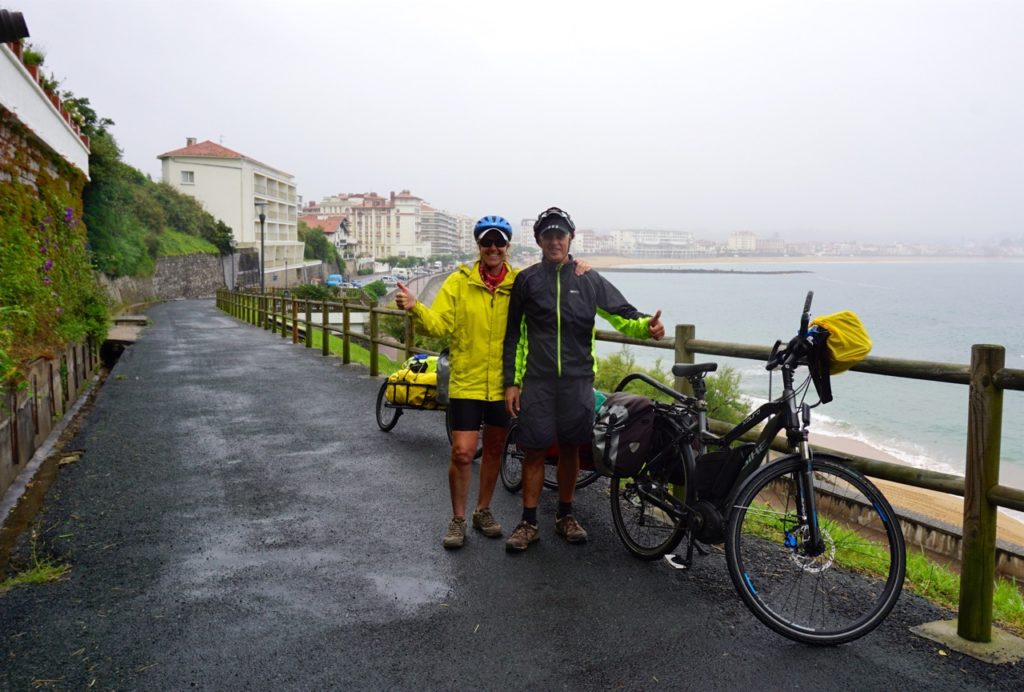 All that is needed is a sense of adventure, some forward planning, a reliable e-bike and the reward is a holiday experience like no other.

For anyone contemplating their own e-bike cycle tour the statistics of our journey are sure to make for interesting reading.

Essentially the figures provide a blueprint of what can/could be expected on a long distance e-bike tour and should, we hope, answer many of the questions e-bike enthusiasts from around the world have been asking us.

While very few people are interested in cycling day after day for 16 or more months as we have done, there are still many parallels between our trip and the reality of an e-bike tour for anyone planning their own e-bike adventure.

So no matter whether you are setting out for just a few days, weeks or maybe even months, you still need to factor in the daily need to source mains electricity to charge your e-bikes batteries and to be prepared for the 1001 other things that can/could happen.

What can’t be over emphasised is the importance of reliable equipment.

There is no way in the world that we would have been able to cycle so many kilometres at an average of 75km per day (on the days when we actually cycled) over such a long period of time without the assistance of reliable equipment. 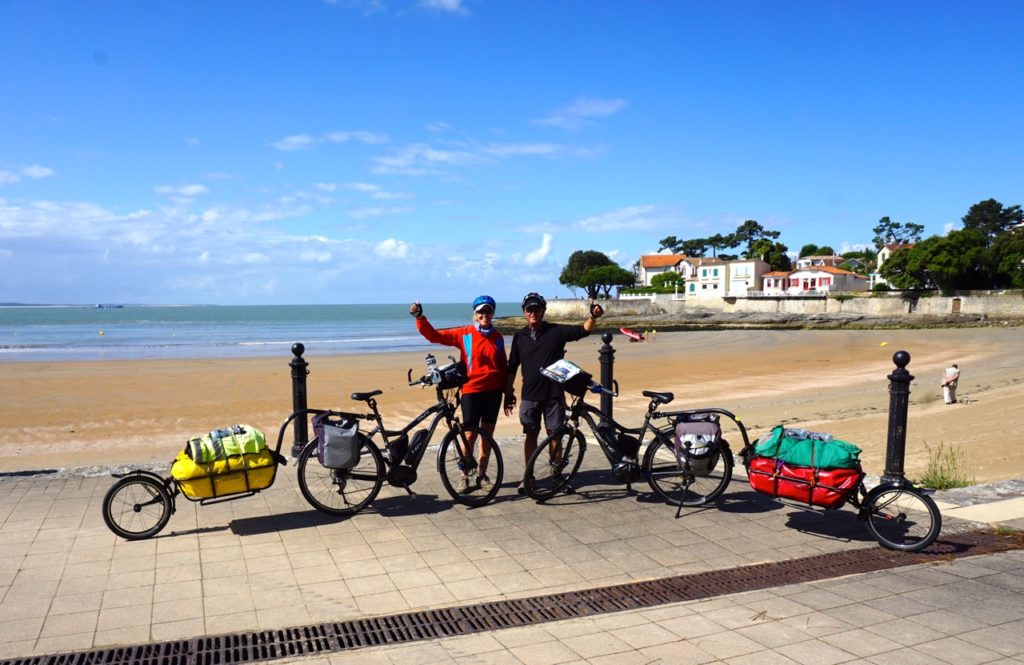 As such we were clearly delighted with how our Haibike xDuro Trekking RX e-bike and Tout Terrain trailer combinations performed over all sorts of terrain and in all sorts of weather conditions from below freezing to 40-plus degrees.

While most moving parts such as brake pads, chains, cassettes, tyres, Bosch sprockets, brake rotors and rear wheels on our Haibikes had to be replaced one or more times, the heart and soul of both e-bikes – their Bosch performance crank drive motors – did not miss a beat.

Likewise our Tout Terrain Mule trailers, the most faithful travel companions you could ever wish for, have been equally as reliable tagging along behind our Haibikes with up to 40kg of equipment on-board.

It is important to note that the 27,800 kilometres we cycled was achieved on three e-bikes – 17,073 kms (and a new world e-bike long distance record) on our 2015 model Haibike xDuro Trekking RX e-bikes, 4493 kms on Chinese-made hub motor e-bikes supplied by Cyprus E-Bikes for the time we were in Cyprus and 1508.9 kms on 2016 model Haibike xDuro Trekking RX e-bikes in England.

Overall it was an amazing journey highlighted by the many, many kind, generous and friendly people we met along the way.

The bottom line is that e-bikes are an amazing way to see the world.

Do yourself a favour, start planning your own e-bike tour … you are guaranteed to have the holiday of a lifetime!!

The Statistics of the E-Bike Cycle Tourists Ride

Days of Cycling in Consistent Rain – 12

Most Kilometres cycled in one day – 141.39 on the west coast of France

Times a Request to Charge our Batteries was Refused – 2

The Number of Wonderful People We Met – Lost Count!

Longest Day of Cycling – 7.35 hours of actual cycling over 112.20kms cycling from east of Glasgow to Troon in Scotland

Best Battery Range on 2015 model Haibike xDuro Trekking with 400wh battery – 95.20 kilometres from Texel to Sotterum in Holland (with the aid of a tailwind that was nothing short of a gale)

Best Average Speed towing a trailer per day – 19.2km/h from Texel to Sotterum in Holland (yes, that same tailwind)

The Best Cycle Track – sections of EuroVelo 15 in Germany near Mainz, the track around Lake Constance in Germany, Austria and Switzerland and EuroVelo 6 through Germany and Austria.

Flat Tyres – 14 on the Haibike e-bikes, 13 on the Chinese hub motor e-bikes in Cyprus and 10 on the Tout Terrain trailers

Gary (2). In Holland when a hot-headed driver at a roundabout deliberately drove into the trailer – the result was a sore back and a buckled trailer wheel. A slow speed crash in France when the front bike wheel went into unseen deep mud – no injuries.

The number of supermarkets we have visited – lost count!

Equipment replaced – Vango Omega 350 tent (after 6 months of continuous use the tent started to leak. We replaced it with the same model of tent because we love the design), 1 Thermarest mattress, 3 tent poles, 1 Moonwalker camp cooker. 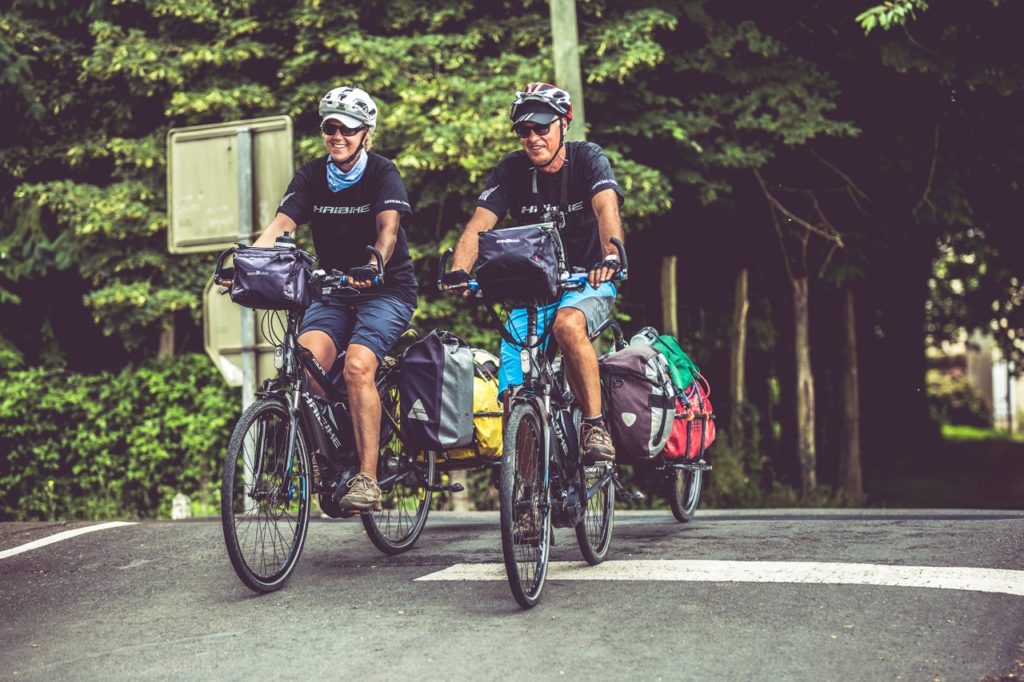