With new e-bike launches a little thin on the ground this week we catch our breath to take a look into other areas of the e-bike world. Perhaps most notably, after e-bike and e-scooter share schemes seem to have suffered from a post boom period of bad news stories, there are signs they are on the up again. On our more usual tack, we take a look at Espin’s battery upgrade and a new monster of an e-mtb from Italy.

END_OF_DOCUMENT_TOKEN_TO_BE_REPLACED

It’s taken a while, but now e-bike motor systems have become hugely capable and e-bikes are so popular they can inspire their own one-off designs, the traditional bike categories of road, e-mtb and city bike are being blurred at the edges. Take the new ‘SUV’ design from Giant we cover this week – it’s got elements of hybrid, mountain bike and tourer about it, plus modern e-bike features that are hugely practical and which don’t feature on many non-electric bikes (ie the belt drive and stepless hub gear combo). Clearly, no longer are e-bikes just a traditional bike with motor and battery bolted on, but ones where motor systems and many other features like gearing and lighting are fully integrated into the electric design.

END_OF_DOCUMENT_TOKEN_TO_BE_REPLACED

This week’s news shows the great variety out there in the e-bike world; we are concentrating on new launches in this issue and have a smaller cargo bike with a rear hub motor, a slighter larger but still very manageable one with a powerful Bosch mid-drive, an all-wheel model from a car company with super powerful dual motors and last but not least, what claims to be a ‘smart’, lightweight and super-affordable friction drive. Prices? They range from $299 to $4799….

END_OF_DOCUMENT_TOKEN_TO_BE_REPLACED

The likes of Trek and Kona are trendsetters so it’s interesting to see Kona following Trek in a more budget, hub motor direction, with three varied offerings all powered by the same rear hub motor and in-frame battery combo. Just why they have chosen now to do so when they have had competition from cheaper hub motor machines for many years is an interesting question. Perhaps they foresee the arrival of more and more e-bikes from Asian competitors that look anything but cheap and cheerful as almost all once were. If the new Chinese NIU e-bike proves a raging success the $2000 ‘quality budget’ e-bike sector can only see more entrants. And with 916Wh battery capacity, a Gates Carbon Drive and full equipment, the Chinese e-moped specialist could well have just announced itself as a major player in this market.

END_OF_DOCUMENT_TOKEN_TO_BE_REPLACED

Whilst most readers probably won’t be spending the $9,000 (or more) Trek are asking for their latest and lightest yet e-road bike, the implication from this week’s news is clear. You can only push prices down so far before something gives, is the implied moral of the fate of some 22,000 e-bikes from Ancheer which have been selling over recent years at sometimes seemingly unfeasibly low price tags. Whilst there are undoubtedly bargains to be had at the budget e-bike end of the market it’s also true that, as in most areas of life, you get what you pay for, so think twice before buying an e-bike with a price tag that pushes credibility…

END_OF_DOCUMENT_TOKEN_TO_BE_REPLACED 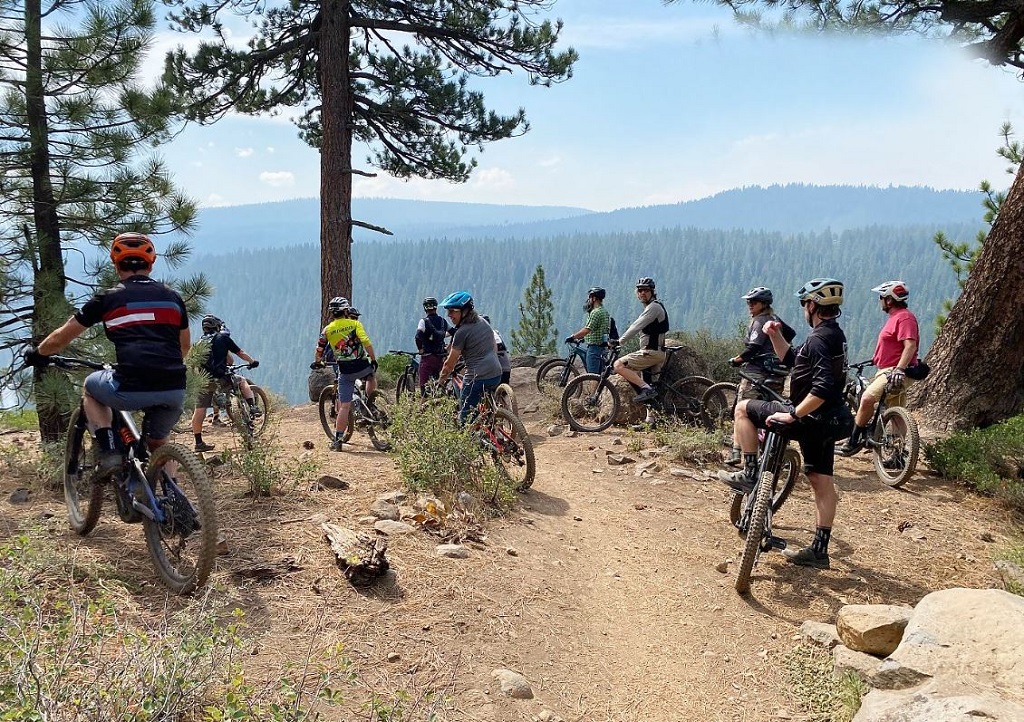 Although today’s lead story about Specialized seems, on the face of it, to amount to releasing a couple of PR pics for their latest tease at the upcoming Globe Haul ST, there is a lot riding on the future success of Specialized’s forthcoming ‘budget’ e-cargo bike. To quote this Cyclist article on the history of Specialized, ‘Since then (the 1974 company founding date), the company has developed beyond all recognition, growing to the point where it not only follows trends in the cycling market but often dictates them.’

So will Specialized kickstart a new movement in the e-bike industry for companies that have traditionally produced premium priced bikes, often with elements of their own proprietary technology, to head downmarket? And will innovative design and tech be a feature of the new lower-priced models or are Specialized simply aiming to compete on price? EBR will let you know very shortly….

END_OF_DOCUMENT_TOKEN_TO_BE_REPLACED

The Eskute Netuno we’re revieweing here is effectively the updated version of the Eskute Voyager which we reviewed in 2021. It’s Eskute’s take on a trail e-bike that looks to give value for money and allow you to get out and about off-road. Whilst Eskute call it an e-mtb we feel this is a bit of a misnomer – it’s not a bike for tackling any off-road hill or trail in the way classic mtbs are. It’s more of a bike that is pretty off-road capable and gives you plenty of bang for your buck, unlike much pricier true e-mtb offerings that will tackle the most challenging terrain out there. This is not a criticism, just an outline of what you can expect from an off-road e-bike at this price point built to an EU 15.5mph assist / 250W motor rating spec. Within the brief of being an EU spec trail bike the Netuno acquits itself well overall.

So what’s on offer with the Netuno and how does it differ from its predecessor? Apart from a price rise from £999 to a currently discounted price of £1199 (not unexpected in today’s inflationary world), there is a 9% battery capacity boost to 522Wh, which is great news, plus a new large and striking handlebar stem-integrated display complete with USB charging port for your phone.

All in all the spec is pretty much what you would expect to see at this kind of price point, though the now larger 522Wh battery is certainly a nice bonus to have over the previous model. Of course, the actual testing and performance are what distinguish one budget e-bike from another so let’s get on and see how the Eskute Netuno stands up to our standard battery of tests.

END_OF_DOCUMENT_TOKEN_TO_BE_REPLACED

Some e-bike trends are easy to spot and obvious; Bosch launching a lighter mid-drive that offers a greater level of support is very welcome but hardly a surprise. After all, who wouldn’t want less weight and more power? The rise of e-bike subscription services, where customers effectively rent an e-bike has thus far been dominated by smaller specialist startups (even if they happen to use e-bikes made by major brands) and is clearly something of a niche, despite it being popular amongst delivery workers. But now the biggest player in the US e-bike market, Rad Power, is dipping its toes into the subscription market but only in one German city, albeit that Berlin is one of the hubs of the micromobility universe. As ever, only time will tell if this is the very start of a sea change or a short lived experiment only.

END_OF_DOCUMENT_TOKEN_TO_BE_REPLACED

IDoes Ghost’s recent announcement they will use the lightweight (8.8lb) Fazua 60 mid-drive system on a new line of emtbs in 2023 show where the future lies for hardcore e-mtb riders? That weight – and it’s the total system weight including battery – is as much as some mid-drive motors alone. Of course, the proof of the pudding will be in the eating, as rider reaction and review opinion filter back from the bikes online, as and when they move out of the ‘announcement’ phase and into real world use.

Elsewhere this week we take a look at whatever happened to federal e-bike tax credits, shared micromobility that lets you take a passenger onboard and a promising-sounding second life solution for ‘retired’ electric vehicle batteries.