The result of that test was about as we expected, with the more powerful bike winning our race, but the relationship between motor size and climbing ability is far more complicated than power alone.

The test: How we did it and why

In the wake of Electric Bike Report’s September, 2021 review of the Tower Beach Bum 2, the brand reached out to us noting that their bike, which uses a 500W rear hub motor, had gone just as fast or faster up our test hill than some 750W e-bikes we’ve reviewed. 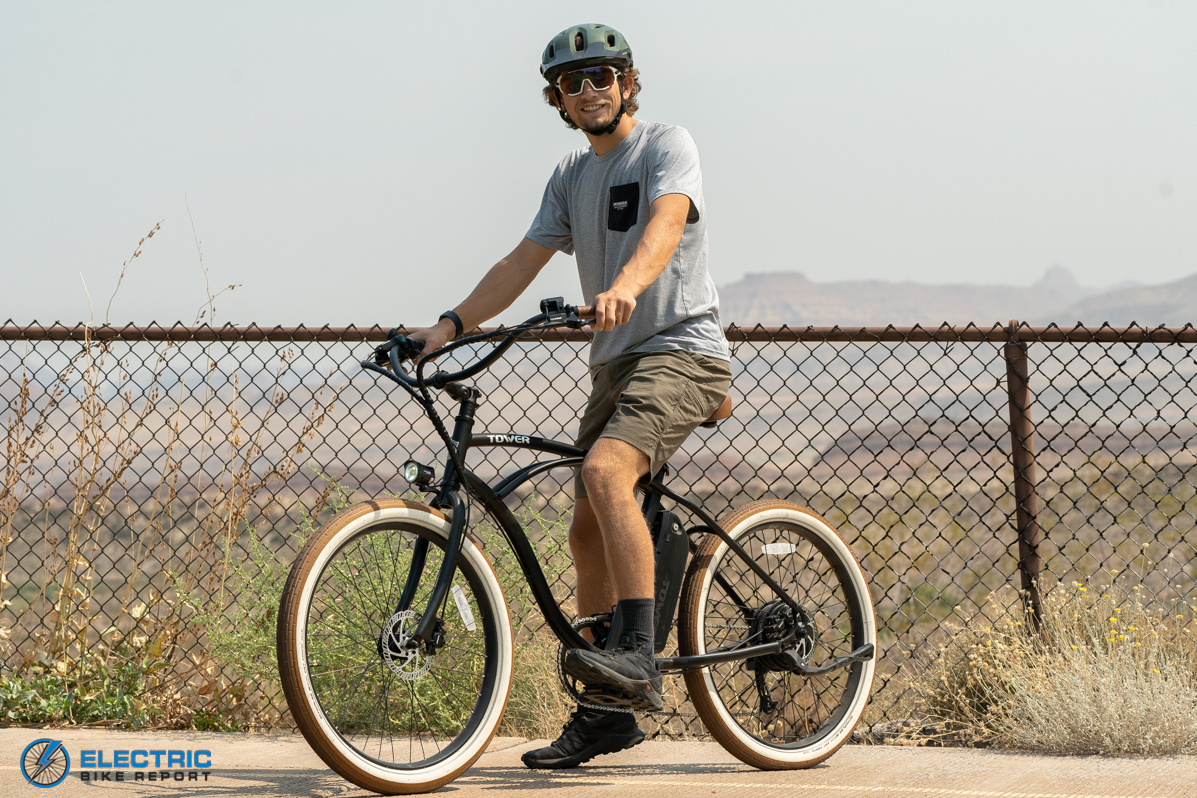 The 500W Tower Beach Bum 2 has a motor specially tuned for climbing, according to Tower’s founder.

Better yet, the brand’s founder, Stephan Aarstol, pointed out in an email, the Beach Bum electric cruiser bike had climbed faster than several Class 3 750W e-bikes, while the 500W Tower was limited to Class 2 speeds. In fact, he said, the Beach Bum was near the top of our hill test all-time leaderboard (at that time).

Aarstol wondered if we unlocked the Beach Bum to Class 3 speeds, if it wouldn’t be one of the quickest climbing bikes on our test hill. His bike, he explained, had a motor that is specifically tuned to climb hills quickly.

So, to test Aarstol’s claim and attempt to answer the question of if bigger is better, we devised a plan to pit the Beach Bum against a similar but higher wattage e-bike. 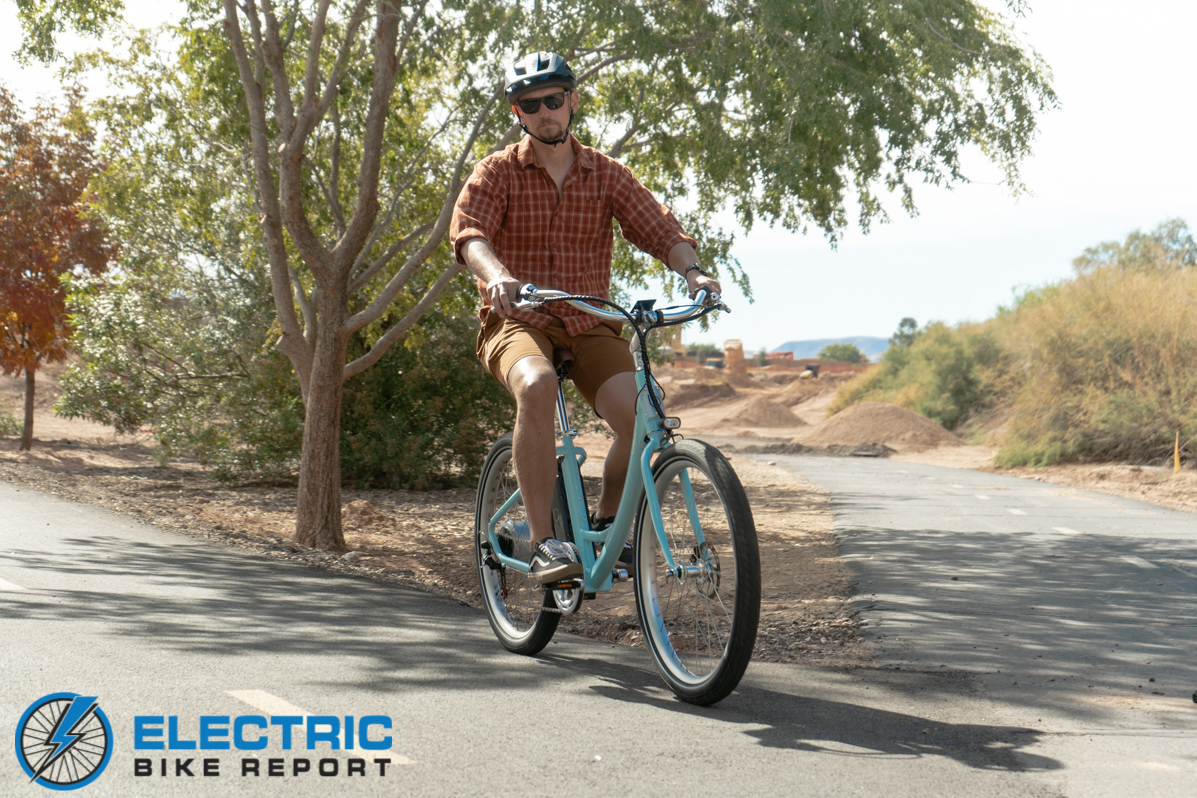 The Blix Sol Eclipse uses a 750W rear hub motor and was an exceptionally good performer up our test hill when we reviewed the bike in 2021.

The location would remain the same; we’d use our test hill, Hell Hole, a one-third of a mile long section of bike path with an average gradient of 12 percent. To keep the playing field relatively level, we chose the Blix Sol Eclipse electric cruiser bike as the more powerful challenger. That bike is similarly priced, similarly spec’d and of similar style to the Tower, but uses a more powerful 750W rear hub motor. It’s also an electric cruiser that put down an exceptional time on our test hill when we reviewed it last year.

Like in our standard review process, we’d conduct two timed laps up Hell Hole on each bike. One lap using just the throttle and the other using PAS 5.

Alas, for those rooting for the underdog, Goliath has prevailed and, at least in this limited test, added evidence to the argument that size does indeed matter (at least when it comes to e-bike motors).

In the PAS 5 test, the 750W Blix Sol Eclipse bested the 500W Tower Beach Bum 2 by a margin of 10 seconds with a time of 1:01.00 compared to the Tower’s 1:11.00. Ten seconds may not seem like a large difference, but in a distance of one-third of a mile just a few seconds can equate to a sizable difference in speed. The Blix, for example, held an average speed during the PAS 5 test of 17.8 mph while the Tower had an average speed of 15.3 mph. 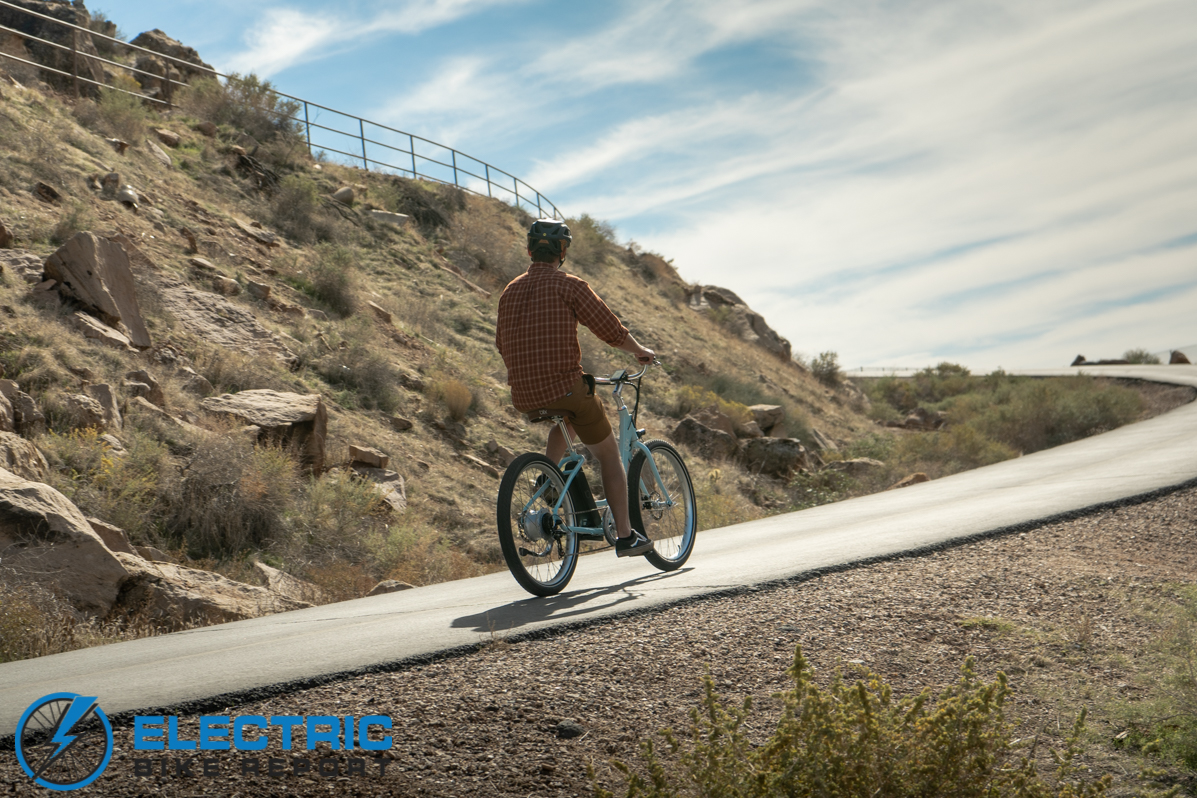 The Blix proved to be the best climber of the two.

Despite upping the Beach Bum 2 to Class 3 speeds, it doesn’t appear to compete with the more powerful 750W e-bikes.

We saw similar results in the throttle only test, with the Blix beating the Tower with a time of 1:19.00 to 1:35.00, but this is about what we expected as the Beach Bum’s change in speed setting only affects pedal assist and not throttle performance.

At least in this test, the more powerful 750W Blix was the best performer despite the Tower’s carefully tuned motor and higher pedal assist speed. You go, little rockstar.

Some context: Why power isn’t always everything

In this instance power has reigned king, but this test is far from the end-all be-all. In fact, there are far more factors at play than just motor size when it comes to determining an e-bike’s uphill ability.

Arguably the largest factor is weight, and how much of it a motor of any size is having to push uphill. Rider weight is probably the largest variable, and obviously heavier e-bikes will likely need more power to climb as quickly as lighter e-bikes.

You also have to consider the type of motor. In this test, we did a head-to-head comparison of two geared rear hub motors of different wattages. If we redid this test to include a mid-drive motor, it’s likely the mid-drive powered bike would require far fewer watts to go as fast or faster than either the Blix or the Tower. 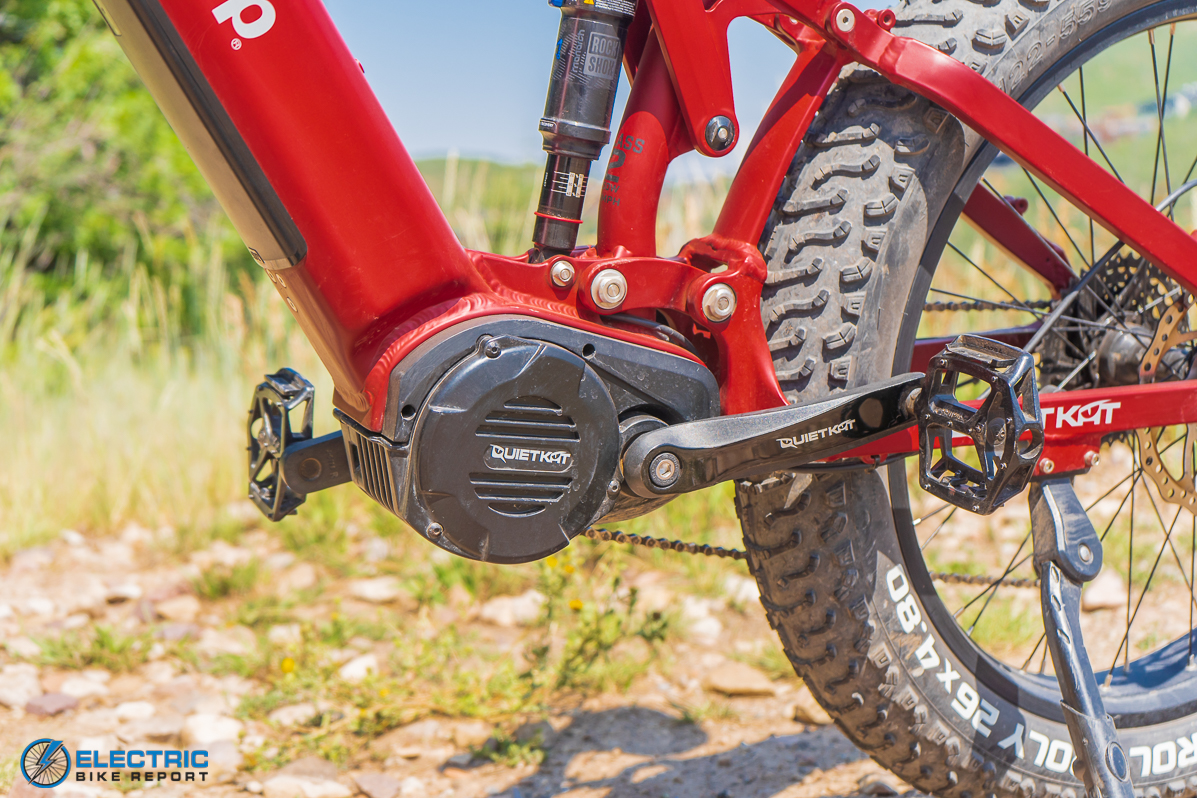 The 750W mid-drive motor on a QuietKat Jeep full suspension electric fat bike. The Jeep is among the most powerful e-bikes we’ve ridden and reviewed.

Mid-drive motors make more power out of less wattage by leveraging the bike’s drivetrain, meaning the bike’s performance, torque and speed will change depending on which gear you choose. Whereas a rear hub motor is a direct-drive system that applies power directly to the wheel.

Finally torque is a factor that must be considered, especially when talking about uphill performance. More torque typically equates to better climbing, so it’s entirely possible that an extremely torquey 500W motor may beat out a more typically tuned 750W motor — it just depends on the bike and rider.

I could write a whole post dedicated to the factors that dictate climbing performance, so know I’m glossing over them here. But in this case, with these two bikes, on this specific hill and with me as the rider, the more powerful e-bike came out on top.