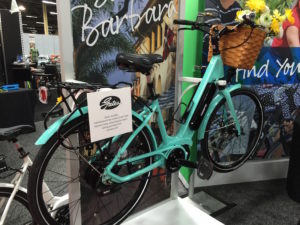 In this continuation of coverage of the electric bike scene from Interbike we will take a look at some of the new bikes and tech from Tempo, Faraday, Spir, Virtue, Cobi, NYX, Surface 604, M1 Sportechnik, Scott, Karmic, Ripple, e-Joe, Dahon, and eProdigy.

Thanks to Troy Rank for his help with some of the following videos. Okay, let’s take a look at these new e-bikes!

Van Nguyen, founder of Tempo Electric Bikes, shows off their line up that includes the new Santa Barbara with the battery integrated into the downtube of the frame.

Spir Bikes has a very clean looking mid drive system with the motor and battery “hidden” in the frame tubes. They are also using the clean Gates Carbon Drive belt and NuVinci Harmony auto shift system.

Virtue Bike made a splash last year with their Pedalist semi enclosed electric trike and they also offer a few other e-cargo bikes/trikes.

Cobi is a new smartphone mount and lighting system that will be available on some Raleigh and IZIP electric bikes in 2016. They also offer the system as an add on accessory for existing e-bikes.

NYX Bikes offers an electric bike carbon fiber frame kit and they were also showing off an all wheel drive e-bike!

M1 Sporttechnik was on hand to show off their powerful Spitzing e-bike and commuter style Schwabing. 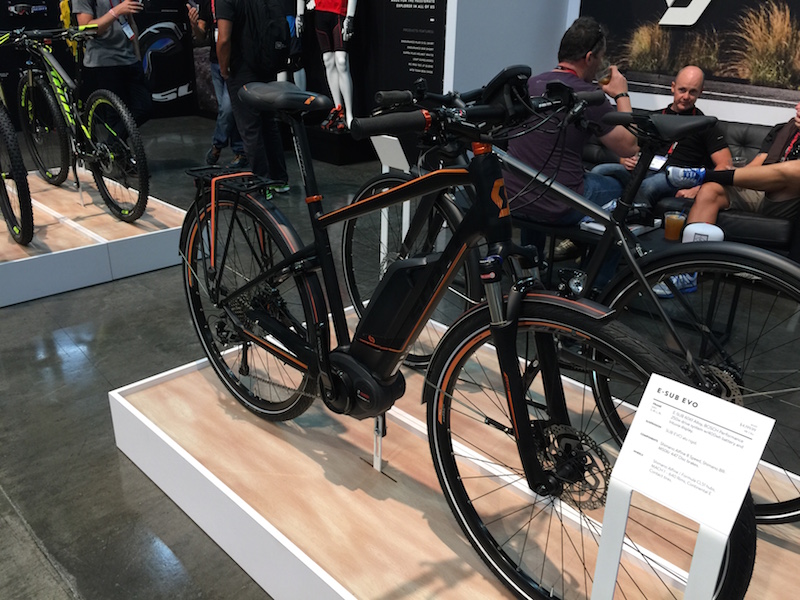 Scott is bringing a line of Bosch powered electric bikes to the U.S. market for 2016 and they had a few of their commuter styles e-bikes on display. 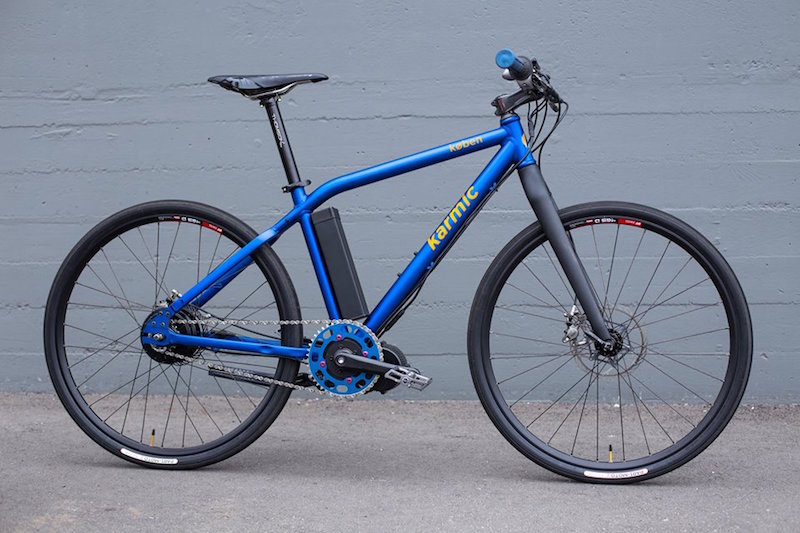 I had a chance to test ride the new Karmic Koben on the new indoor test track and it had a very smooth ride with a balanced feel thanks to the central weight distribution of the motor and battery. 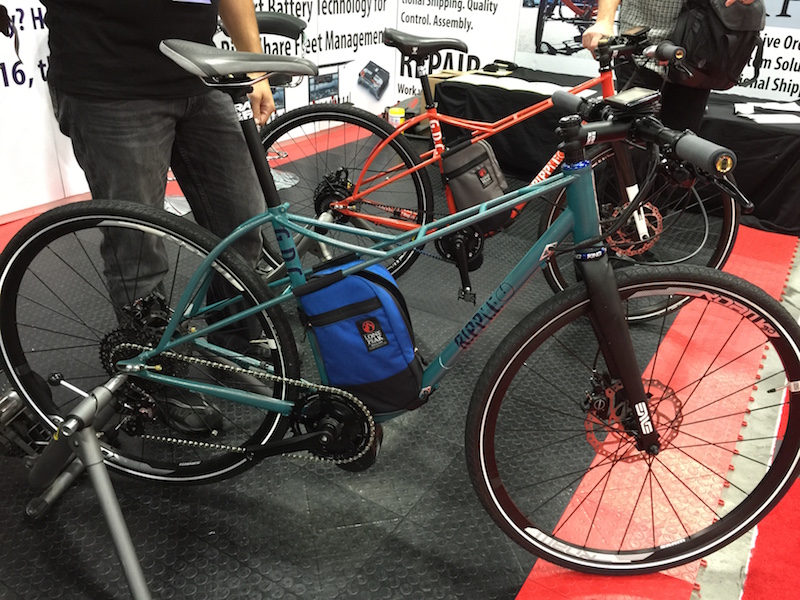 This is the Ripple electric bike being sold by RPE. It features a unique steel frame, Bafang mid drive, RPE battery, and solid line up of componentry. 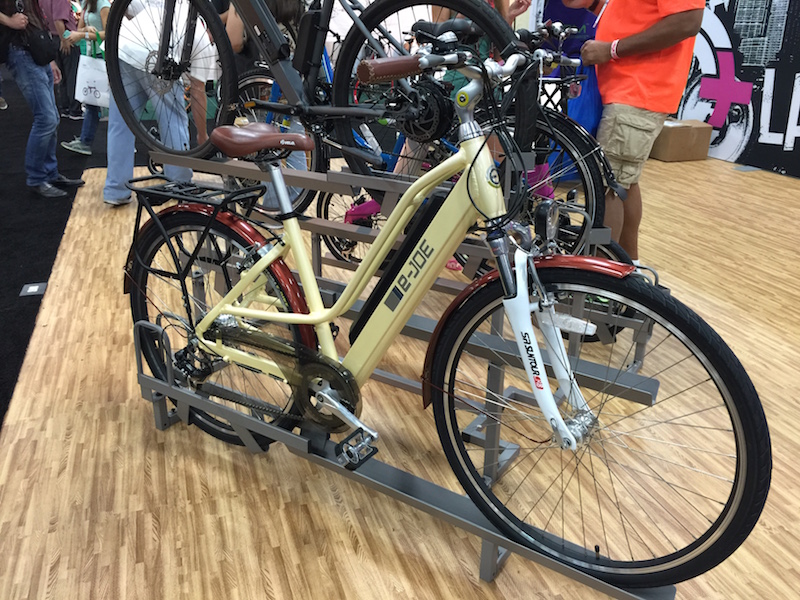 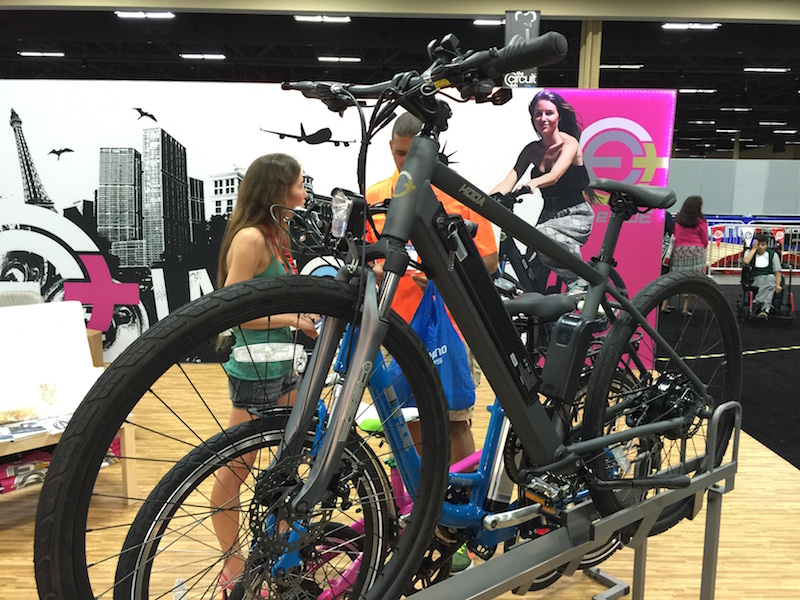 e-JOE had a stylish step thru with integrated frame battery and the Koda that was nominated for the Interbike e-bike awards. 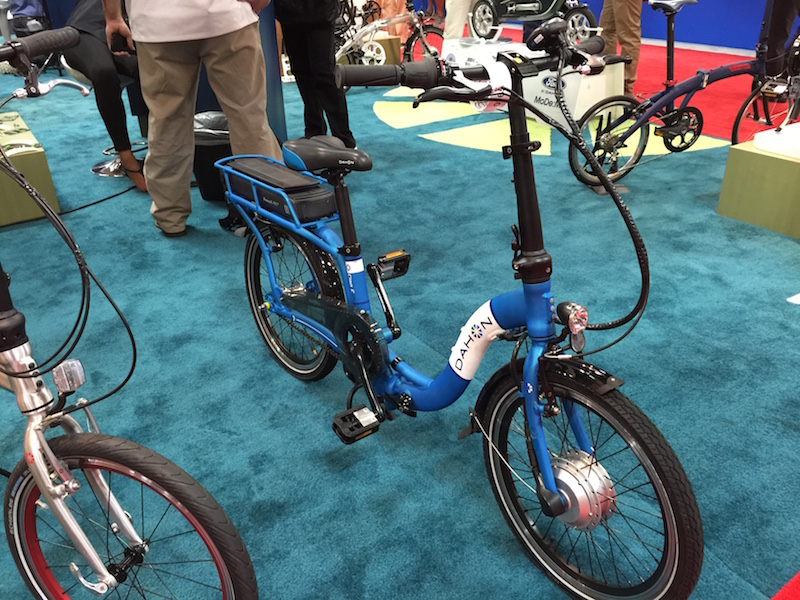 This is a new step thru style folding e-bike from Dahon called the Ciao Ei7. 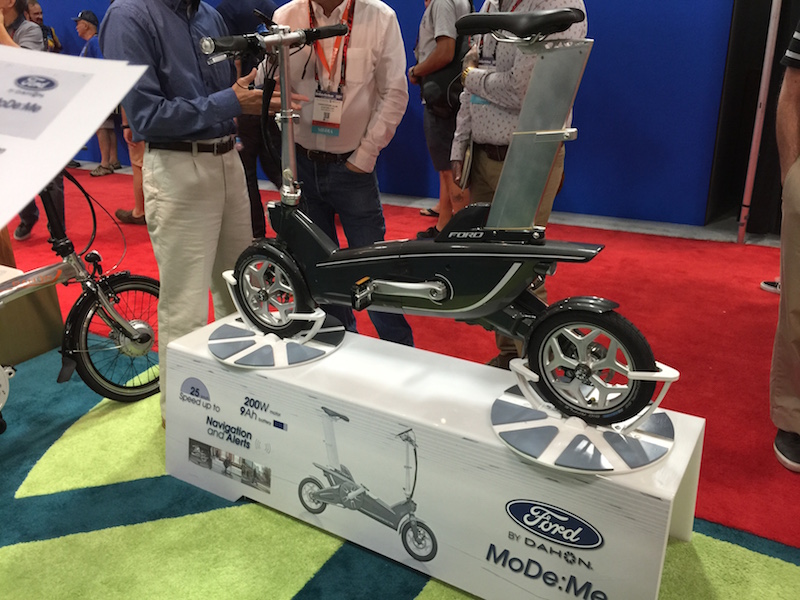 This is the new Ford electric folding bike that was developed in partnership with Dahon. 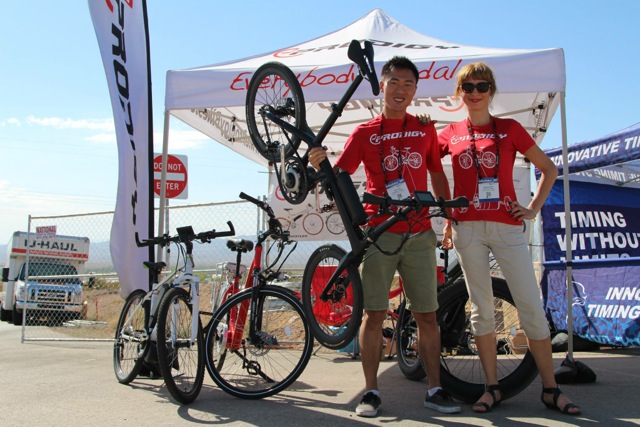 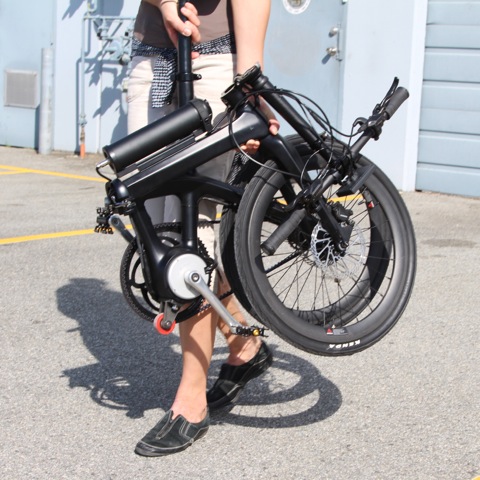