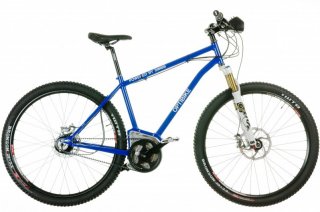 Optibike is one of the most innovative electric bike companies and to prove that they recently introduced their SIMBB electric bike with a mid drive system that houses everything (motor, battery and controller) in an aluminum case that is a structural part of the frame.

According to Jim Turner (Founder & President of Optibike), when many people first see the system they ask where the battery is!  It is pretty impressive that everything is housed in a relatively small mid drive case.

By housing the motor and battery in the bottom bracket area it keeps the majority of the weight centered and low, which is great for the handling of a bike.

And in case you were wondering, SIMBB stands for Super Integrated Motorized Bottom Bracket.

Let’s talk about the specs.  The mid drive motor is 600 watts and that is pretty powerful when you consider that a mid drive motor has the ability to leverage the gears of the bike.  The lithium battery is a 37V 14.5 ah pack (536 watt hours).  This is a throttle only system (no pedal assist).

Optibike claims that the max speed is 26 mph with a range of 27 miles.  Please keep in mind that this is not a review, so I cannot verify those numbers at this time.

Here is a video with Jim Turner explaining the SIMBB system at Interbike 2013:

The frame and some of the SIMBB parts are made in the US.

At this point Optibike is offering their SIMBB system on a 29er mountain bike that is priced at $5,700.

They will also be offering a SIMBB mountain bike with a Rohloff 14 speed internally geared rear hub with the Gates Carbon Drive belt drive for $7,700.

According to Jim Turner there maybe more SIMBB models in the future including an e-cargo bike, fat electric bike, and maybe an e-road bike.

Here are more pictures of the SIMBB system: 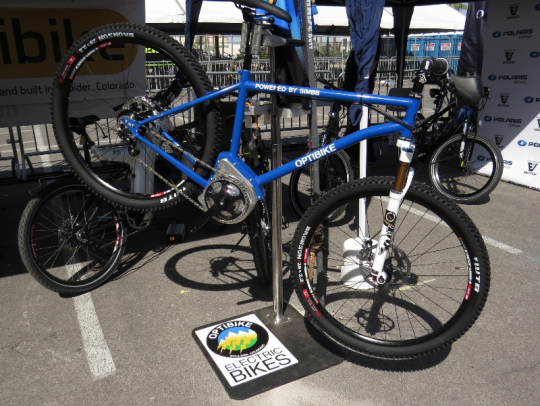 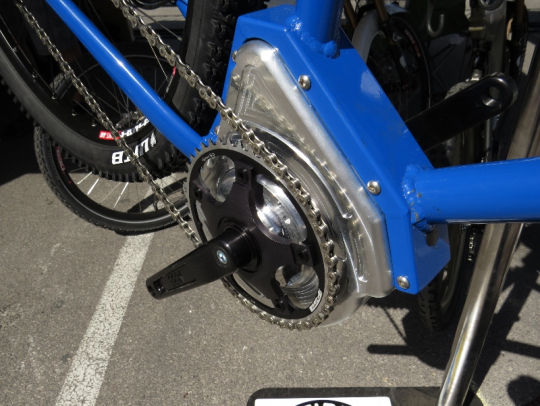 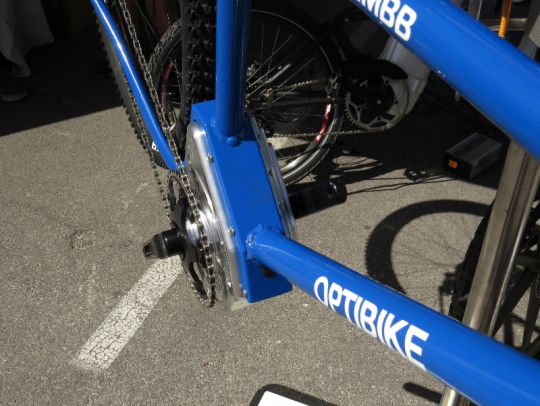 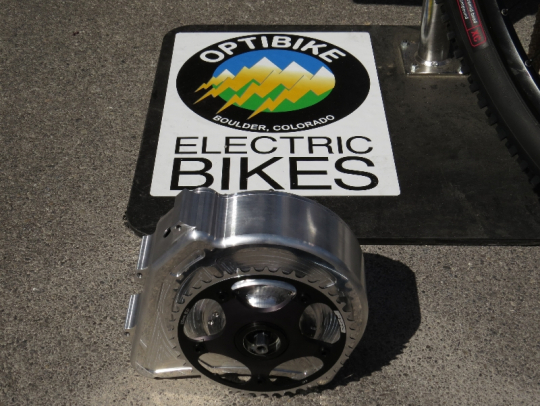 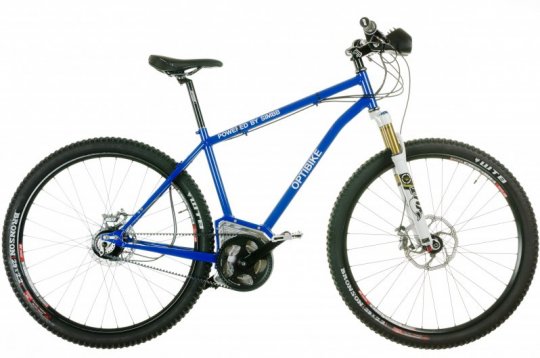 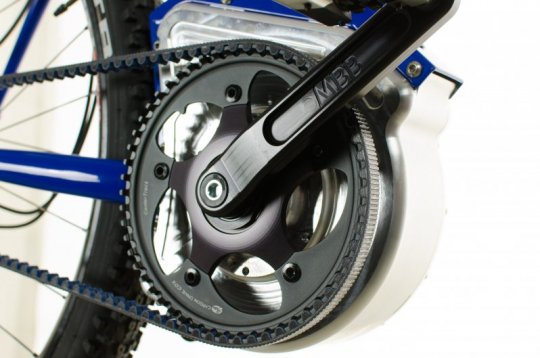 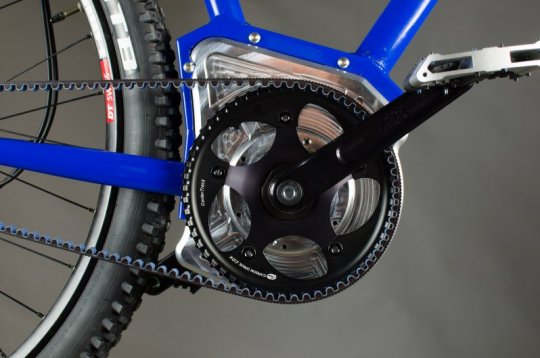 Here is a link to more information on the Optibike SIMBB.