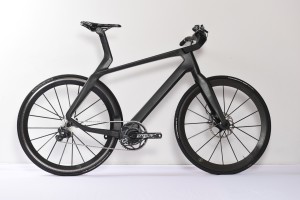 Is this an electric bike?

Imagine that instead of adding a motor to a bicycle, parts of the bicycle are designed to function as the motor.

Lightweight calls this “Maglev Transrapid technology” and they claim that this Velocité eBike can go up to 100 kph (62 mph) with its 500 watts of power! They are currently limiting it to 45 kph (28 mph) to fall with in the limits of a speed pedelec. 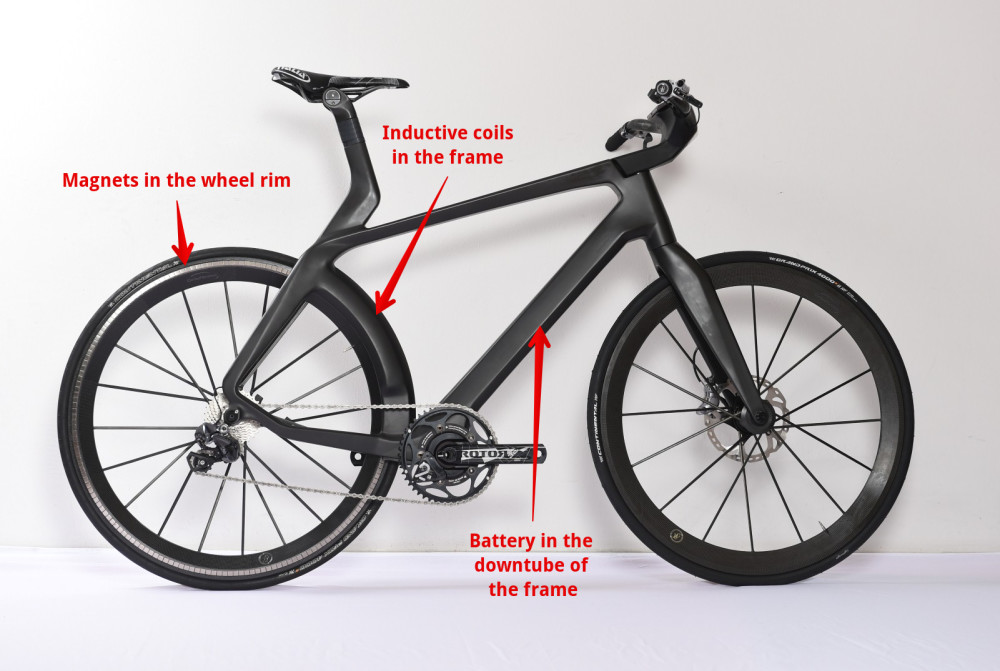 Thomas Leschik, managing director of CarboFibretec, explains: “Thanks to this pioneering technology, the flow of energy is transferred directly to the road.” Transmission parts are no longer necessary.

Velocité’s design is aimed specifically at new target groups. “Until now e-bikes have usually been bought by older people, who do not particularly care about sportiness, design or weight”, the managing director of the lightweight construction company from Friedrichshafen says.

“Velocité, with its innovative and sporty design, will attract new target groups, e.g the discerning urban commuter who appreciates stylish appearance with quality performance. A special app allows the owner to connect with the bike via Smartphone. This app can monitor all components and functions.”

Since the company’s name is Lightweight you can imagine that the Velocité is light!

They claim that the motor system weighs around 2 kg (4.4 pounds) and that their prototype carbon fiber eBike (frame fork, wheels, etc.) weighs around 12 kg (26.5 pounds). They have stated that the production version will be even lighter as they will use even more carbon fiber components instead of aluminum.

In addition to being very light, this system also reduces the number of parts associated with an electric motor in a bike. This could lead to a system like this being more reliable with very low maintenance.

One of the reasons they used a carbon fiber frame is because “carbon is a material that does not shield magnetic flux and that is an essential technological requirement for the implementation of magnets and coils.”

As you might imagine this system has regenerative braking that slows the bike down by taking energy from the spinning rim magnets and recharges the battery via the inductive coils. Basically the turning the wheel from a motor to a generator.

One current disadvantage of this “Maglev Transrapid technology” is that the wheel rim magnets and inductive coils must be relatively close together for it to be an efficient system. That could be a problem if the wheel rim is not very straight or if debris gets between the rim and inductive coils in the frame. It will be interesting to see if this issue can be overcome in the near future.

Another disadvantage to this particular bike is that it most likely will be very expensive. Lightweight is a company known for very high end bicycle components. We will have to wait and see what the price of their production Velocité will be. 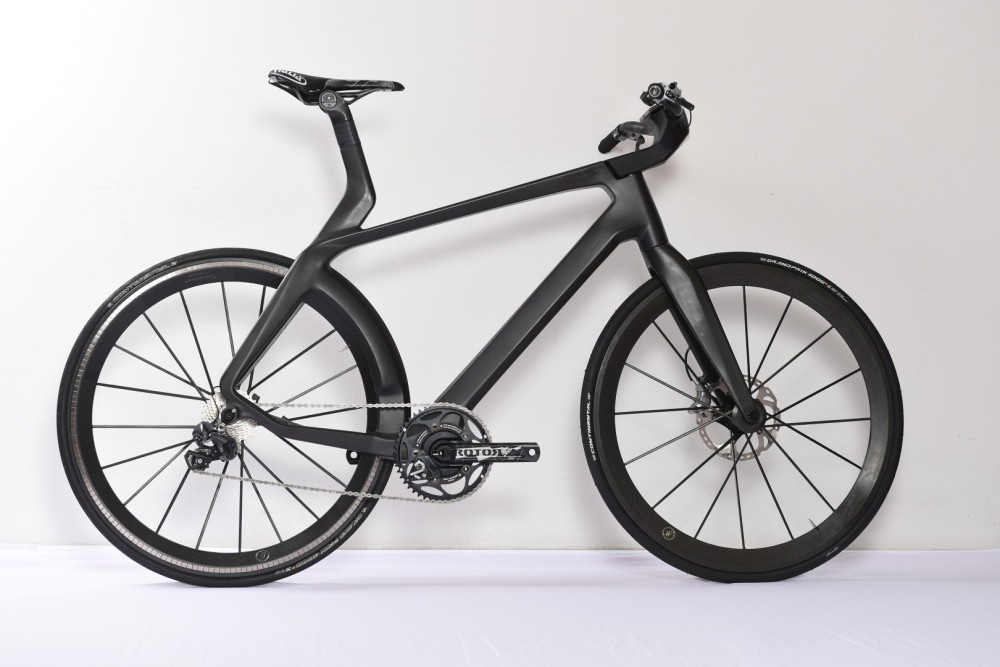 “Motor doping” is an issue that has recently been in the news because a competitor at a world championship bike race was found to be racing with a bike that had a hidden motor.

This “Maglev Transrapid technology” has the potential to hide the motor and provide a bike that looks much like a traditional bike that could be used in competitive racing.

I was recently interviewed by BikeBiz on my thoughts on “motor doping” and I believe there are some positives to this “cheating” issue. You can checkout the article here.

Overall, this “Maglev Transrapid technology” could result in some new innovative eBikes that are lighter and simpler.

Cycling News recently visited the Lightweight headquarters in Friedrichshafen, Germany and has a detailed report with more info on this new type of electric bike.