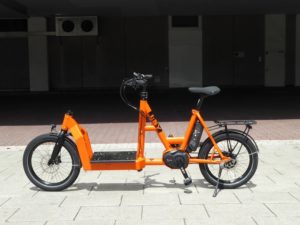 Eurobike later this summer is the biggest bike trade show in Europe but it can be difficult to cover everything going on because it’s so enormous.

So there are now a number of ‘pre-show shows’ specialising in particular areas to help get the message out of all that’s new and I have just attended the Frankfurt Eurobike Media Days.

This show focused on urban biking with the vast majority of the companies exhibiting being e-bike manufacturers.

As an avid bicyclist who hates driving in the city and who pedals for all errands such as grocery shopping and visiting the Post Office, moving to Seattle was both exciting and challenging.

Seattle gets high marks from bicycle advocacy groups, and the city has a decent network of bike lanes, segregated trails and paths.

However, I was among the doubters when a 2016 study ranked the city No. 1 in the country for bicyclists. 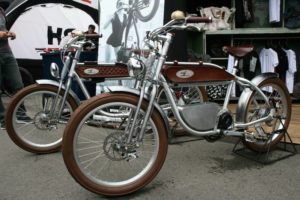 Eurobike is the big international bicycle trade show that happens every year in Friedrichshafen, Germany and it is where a lot of the new electric bikes (and conventional bikes) are revealed.

This year the amount of e-bikes at the show was even more impressive than last year.

The director of Bosch forecasts that e-bikes will eventually make up 50% of the total bicycle market and according to Bike Europe that may occur in 2015! 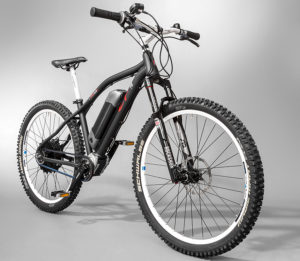 Gates Carbon Drive just posted some pictures of the bikes that they will be displaying at the upcoming Eurobike show.

The Flitzbike shown here has a Pinion gear box (in the bottom bracket), Gates belt, and rear wheel hub motor.

Imagine electric bikes that are electrified by “power lanes” instead of batteries…..an interesting new design concept for commuter e-bikes.

Specialized is introducing 2 new Turbo models: the Turbo 25 and the Turbo 25 X.  These appear to be END_OF_DOCUMENT_TOKEN_TO_BE_REPLACED