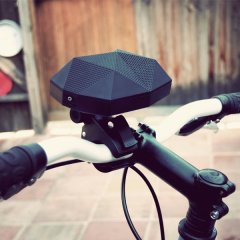 For those of us who enjoy taking our tunes on the trail, there are a ton of options.  Lots of companies are making Bluetooth speakers that either attach to your handlebars or fit into a water bottle cage.

Of course, there are performance variations as you’d expect, but one of the biggest challenges is in mounting.  Any speaker, especially one that’s going to go off-roading, needs to be able to take a licking and keep on ticking (my apologies to Timex).

And that’s exactly what Outdoor Tech was aiming to do with two of its bike mountable Bluetooth speakers.

The Turtle Shell is, as its name suggests, largely impervious to the elements.  The company claims it is both shock resistant and water resistant, so you can keep on listening as you go barreling down the mountain during a rainstorm. 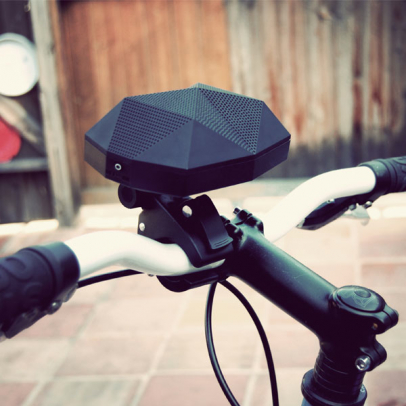 The speaker provides a big sound with a thumping bass and great highs.  You can get it in seven different colors for just under $130.  It has speaker phone capability and the company claims a single charge will give you up to nine hours of play time.

But one of the features that sets this apart from many of the speakers I’ve tried is its mounting system.  The Turtle Claw mount, which lists for just under $20, is about the most durable and stable handlebar mount I’ve seen. 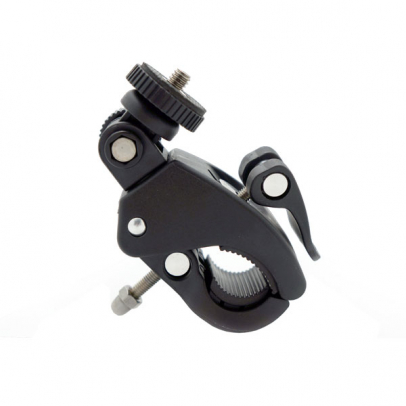 The clamping mechanism is large and tight.  And the mount itself uses heavy rubber to dampen the impact of vibrations. And if you don’t want to spend the extra bucks, the Turtle Shell uses standard camera tripod threading, so if you have a mount for an action camera or other device that uses that standard, you can mount the Turtle Shell on that as well.

The other product I tried out is the Outdoor Tech Buckshot. This is a minimalist Bluetooth speaker, a small cylinder that’s also solidly built, with a hard rubber exterior. 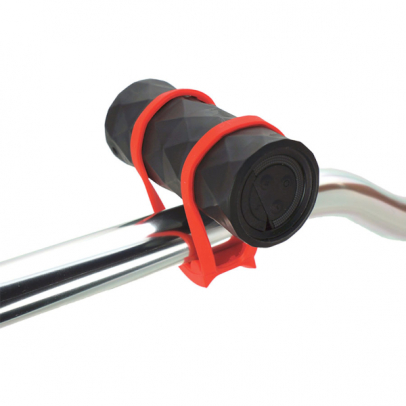 It too has calling functionality, but because the control buttons are on the side facing away from you if you’re riding, using the buttons while still biking is going to be problematic. 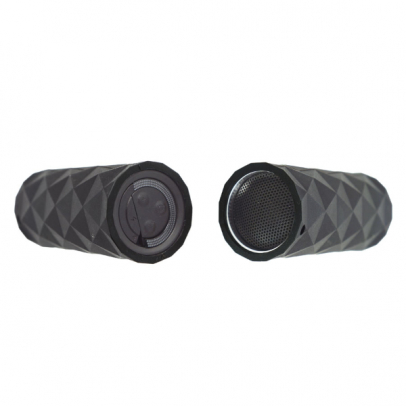 For a speaker this size the sound quality is noteworthy.  One bit of advice though, make sure the music source has direct line of sight to the speaker.  Any solid object between them can disrupt the sound.

It’s dust resistant, water resistant, and the company says it will give you ten hours of play time with a single charge. The Buckshot costs just under $50 and includes a mounting strap that is little more than an oversized rubber band.  It works, but frankly it’s not the sturdiest way of mounting a speaker.

Links of where to buy the Outdoor Tech products:

The Outdoor Tech Turtle Shell speaker and the Turtle Claw Clamp for the bike.