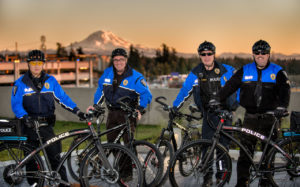 Police departments around the USA are starting to see the benefits of e-bikes.

There have been a number of incidents when police officers on e-bikes have secured arrests where police cars haven’t been able to get to the situation as quickly.

Police Officer Benjamin Tseng of Federal Way Police Department (near Seattle WA) recounted, “in the very first week we were trialing e-bikes we arrested a wanted felon who had gotten away from officers a couple of weeks prior. When he was spotted, a patrol car pulled up and the subject quickly walked away, trying to blend into a busy parking lot. The patrol car was stuck in traffic but an officer with the ebike was able to zip through traffic and catch up to the subject and arrest him. The subject later admitted he never knew an officer on a bicycle was behind him.”

In another incident; Adam Anderson, Assistant Manager of Sales and Marketing at Bull Bikes; said that a police officer at Laguna Beach PD out-ran a patrol car on his e-bike.

Anderson said, “Almost as an experiment the officer on the e-bike responded to the same call as a police cruiser and ended up beating them by about five minutes!”

Tseng said that at Federal Way there are four officers who continually use two e-bikes every day. He gave some examples of where they have been found to be extremely useful: “The ebikes are used for patrolling our downtown retail business core district, the bigger city parks and walking trails, and at some community events like our annual July 4 Independence Day Festival.” 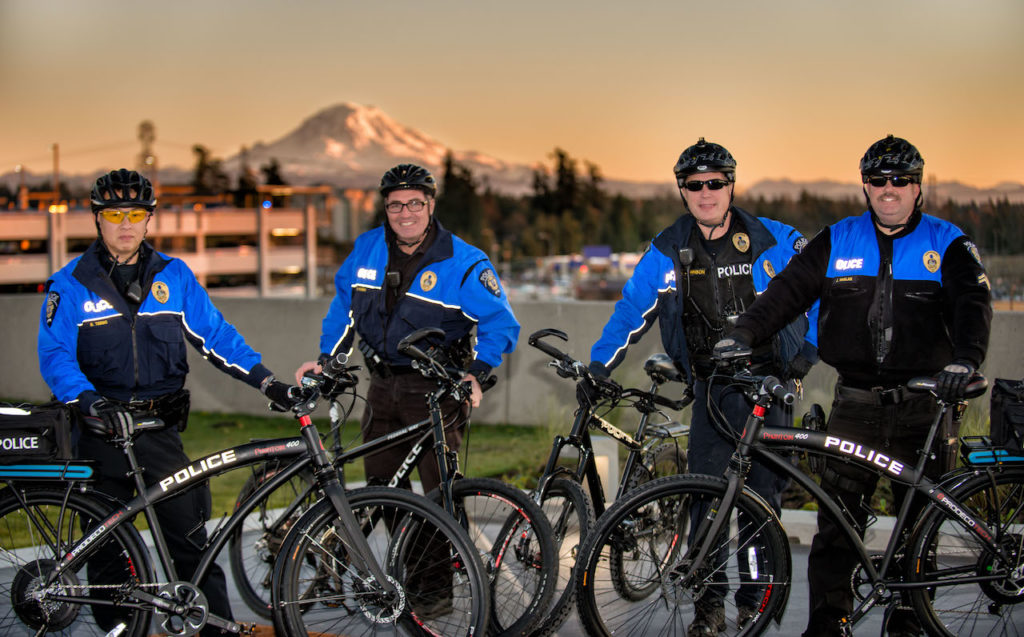 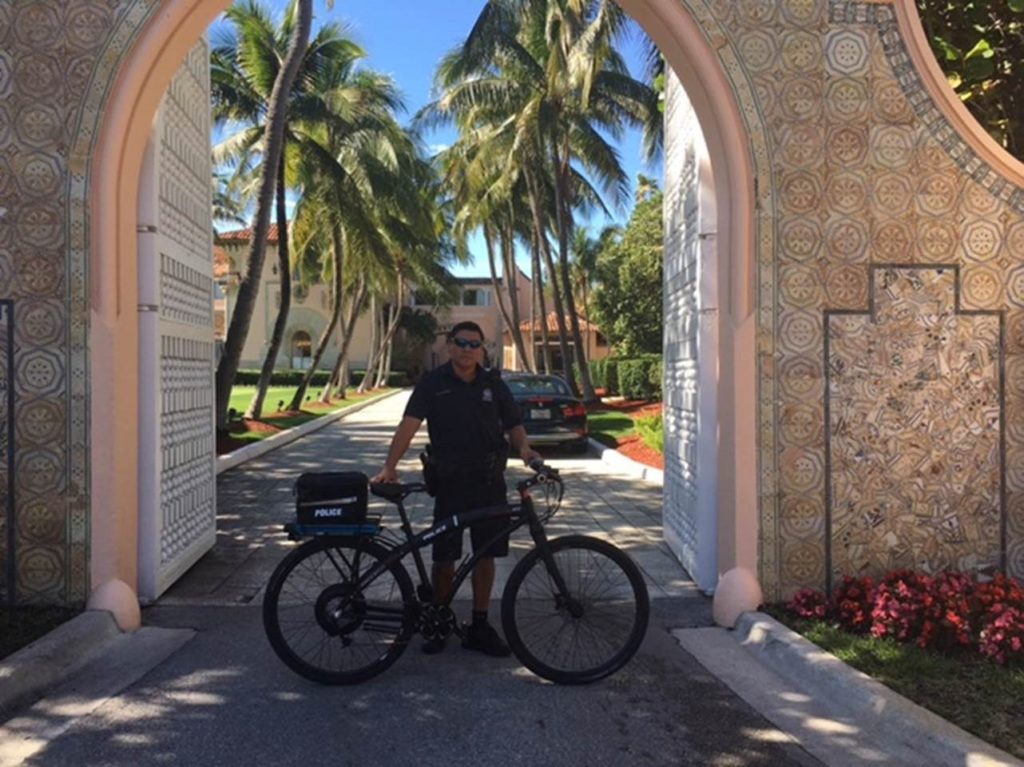 He has sold e-bikes to a range of police forces and even President Trump’s private security detail at his Mar-a-Lago retreat in Florida.

Speaking of the advantages for police departments in more southern states, Moore said, “You have to be fit as a police officer anyway but e-bikes allow officers to be fresher when a call comes in as they haven’t been using so much energy on patrol.” Referring to Del Ray PD’s three-wheeler Segways, he also said “The Segways cost $9000 and for that price you can have 2-3 e-bikes!”

Anderson also said that e-bikes seem to make police officers more approachable by the public, cutting down some of the barriers that communities may feel between them and the police: “They are closer to the community and barriers are removed. Whether asking for directions, somebody who needs services like a homeless neighbour, or something more intense like a domestic violence dispute, it puts the police officer closer to the community and that in turn creates safer communities.”

Tseng reinforced this idea from his experiences on the ground: “Being a bike officer lets us be more approachable by our citizens, but even more so when they see that we are using ebikes. Many people are not aware about what ebikes are, let alone a police officer on an ebike. It’s great to be able to “show off” our ebikes to our citizens and have positive interactions with them.” Ultimately good relationships can further help reduce crime by improving police officers’ personal intelligence networks – potentially dealing with crime that may otherwise go un-reported.

With e-bikes being so new to police around the USA, the departments using them are using ‘off-the-peg’ bikes that might be used by the general public.

Tseng uses an e-bike to commute to work so had a good idea what to ask for when he approached Don Moore on behalf of his employers. 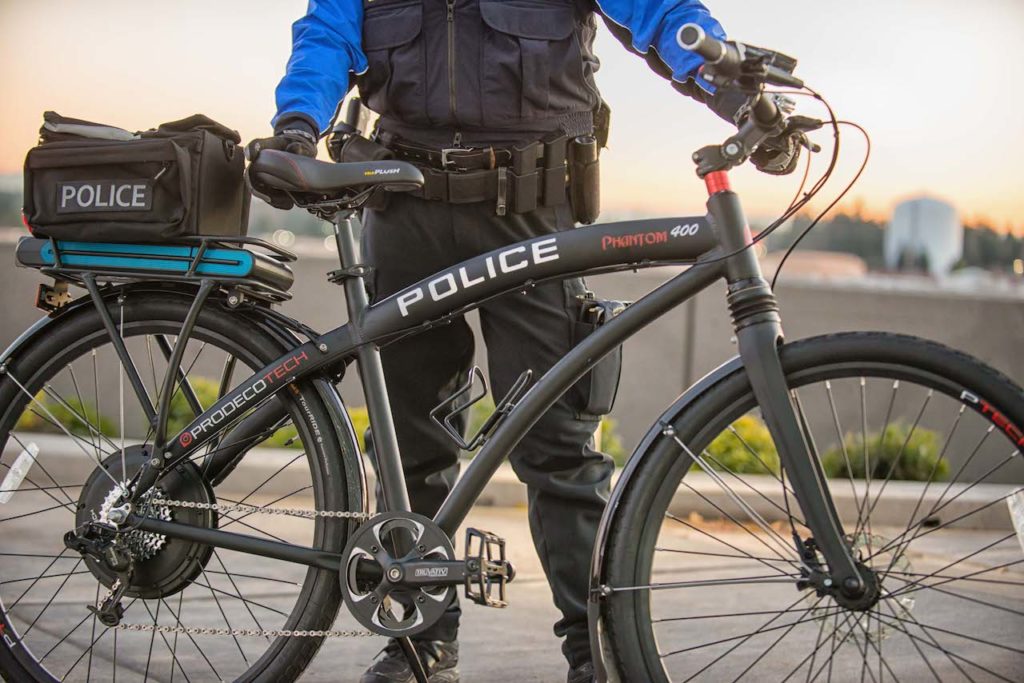 He told us the specs of the two machines being used today: “We have 2 Prodecotech Phantom 400M electric bicycles. The Phantom 400M has a 400 watt motor with speed of up to 20MPH and a battery range of 25-30 miles.” 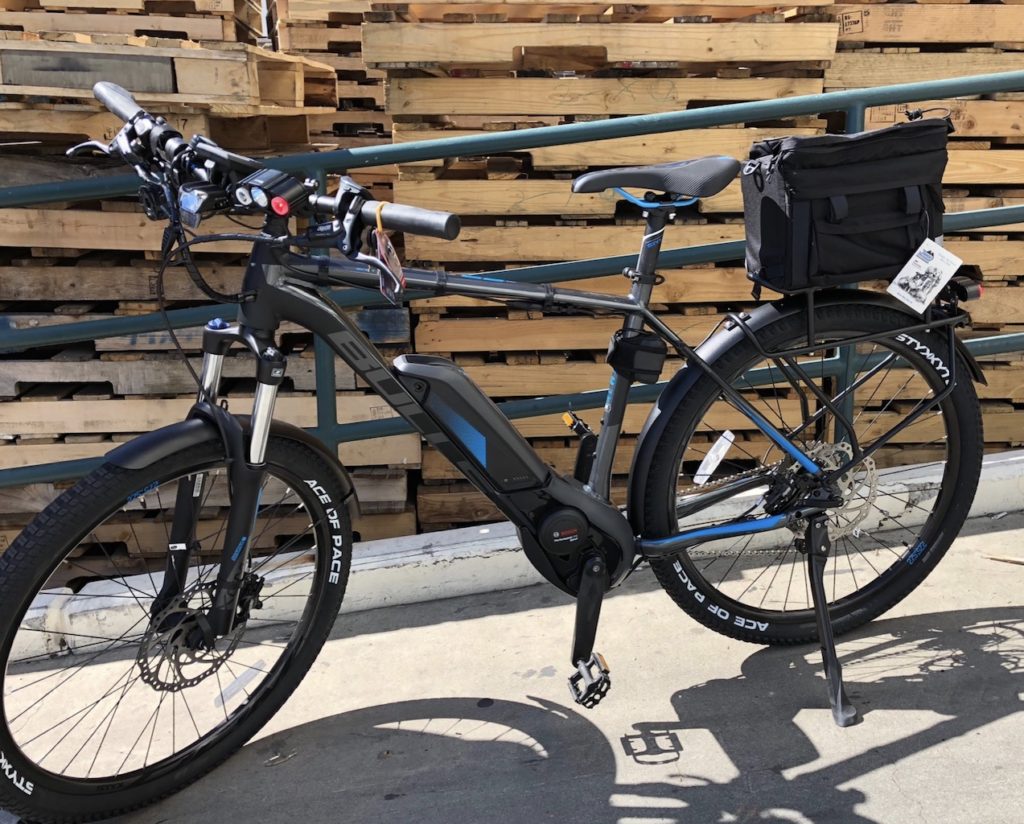 Meanwhile according to Anderson, Laguna are using Bull Bikes 250W mid-drive Bosch systems that can do up to 28mph.

The machines need to have quite a bit of power as police officers are carrying a lot of extra weight.

Tseng pointed out, “The bulk of the weight is going to be our duty gun belt and bullet proof vest carriers. That weighs approximately 25-30lbs in addition to the individual officer’s weight. Plus a few more pounds for bicycle accessories that’s in the bike bag (paperwork, bike lock, hand pump, etc).”

Experience from using the standard e-bikes has led Tseng to make some suggestions as to how newer law enforcement e-bikes may be improved for his own team: “The Phantom 400M itself and the components on it are great quality, but maybe some heftier off-road tires would be useful (bike came with hybrid style street tires). In the future, we may look at different Prodecotech models with other features (like full front shocks, mid-frame battery, higher wattage motor) for the unit.” 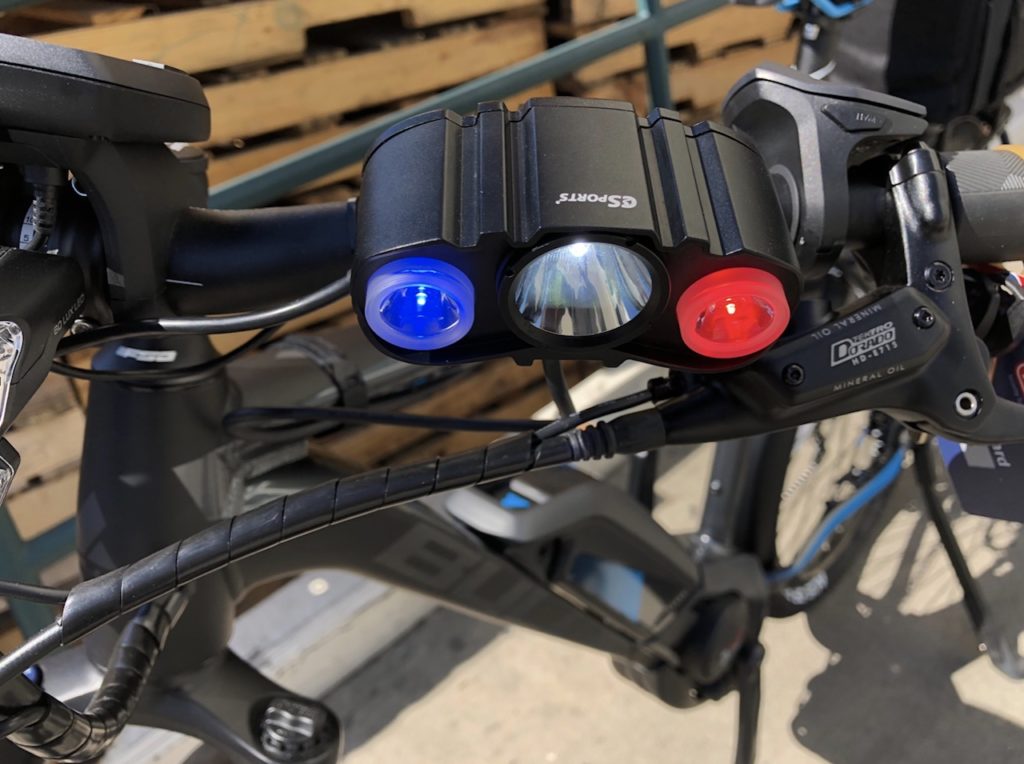 Both Anderson and Moore are looking at developing e-bikes specially for police departments around the US.

Moore said of the law enforcement machines that Prodecotech are releasing later this year, “They are going to have beefier motors with high torque to get the jump on someone if they start running away. One model will have a pedal assist option. Very good brakes and handling, as well as racks to carry all the tactical equipment.”

An Indispensable Tool for PDs?

While only a few police departments have trialed e-bikes across the United States, the feedback given to manufacturers and suppliers has been excellent, some even describing them as ‘indispensable’.

They can beat traffic to incidents, potentially stopping a situation from escalating, yet allow police officers to be fresh when they arrive on the scene and still able to perform as their duty requires without being exhausted from rushing to the scene.

They also can help present a friendly face to the public, making police officers more approachable and potentially tackle crime that might not have been reported. It seems that in the near future e-bikes could well be an essential tool for police and security forces at all levels across the country.