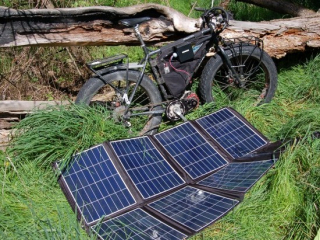 May is national bike month in the US. KTLA in Los Angeles had this video coverage of e-bikes with Ethan from the IZIP Store in Santa Monica. There is a woman in the video who sold her car and now uses an e-bike instead 🙂

The 2013 US Bicycle Friendly States rankings are out.  See how your state ranked. 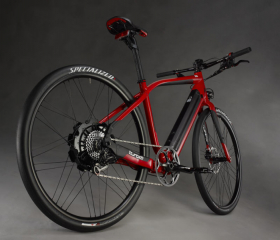 Wired reviews the Specialized Turbo that was recently released in the US.

Checkout the new electric bikes from A2B, speeds up to 28 mph and stated ranges of up to 40 miles.

Understanding Electric Bike Modes: Throttle vs. Pedal Assist (Pedelec). Which one is best for you?

More on the ban of electric bikes in New York City…….

And here is a good response to the e-bike situation in NYC.

The Chicago Tribune put together this article about the growing popularity of electric bikes.

Yes, there is an Electric Bike World Championships!  It will be held in Bristol England June 23.

Here is a review of the high performance Ferei LED bike lights that I have used for the last few months.

Electric bikes are great for food delivery.  The Other Coast Café uses an OHM e-bike to deliver their tasty sandwiches in the steep Capital Hill neighborhood of Seattle.