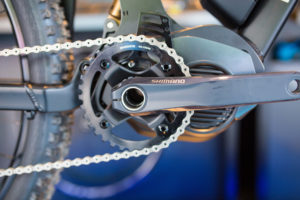 Shimano STEPS E8000 is the new electric assist system designed specifically for eMTB use and joins the well-established E6000 system already used on many manufacturers city and leisure e-bike models.

According to Shimano the E8000 features a powerful drive unit rated for full-on MTB use (the E6000 system was rated for ‘light off-road use’) and a bigger 500Wh battery.

There is a new look handlebar mounted cycle computer. It can be paired with an electronic shift (Di2) MTB drive train or a mechanical one.

How does it stack up against eMTB system leader Bosch with its Performance Line CX motor, honed for eMTB performance over the past few years? 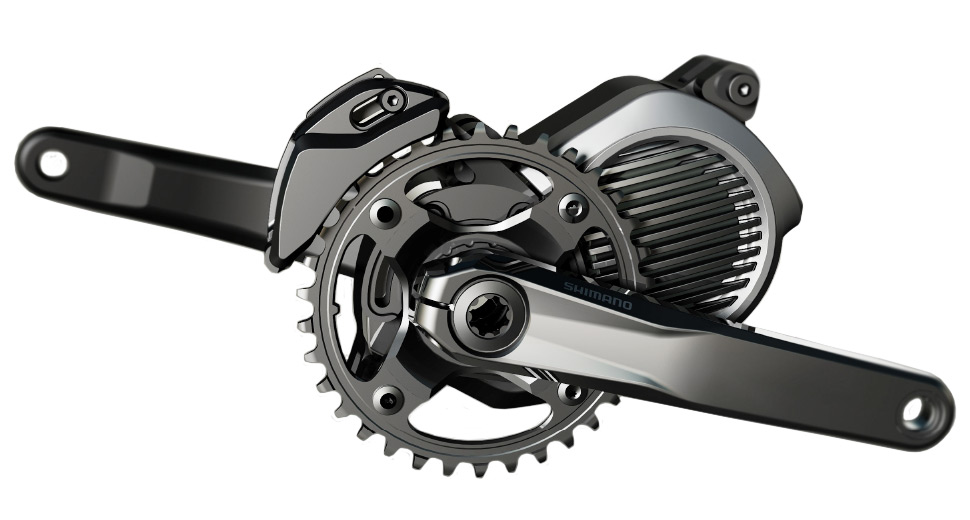 Shimano market the E8000 as the ‘intuitive’ eMTB system; in other words, it uses a larger chainring (34T or 38T) than the Bosch and it has three rather than four power level settings. 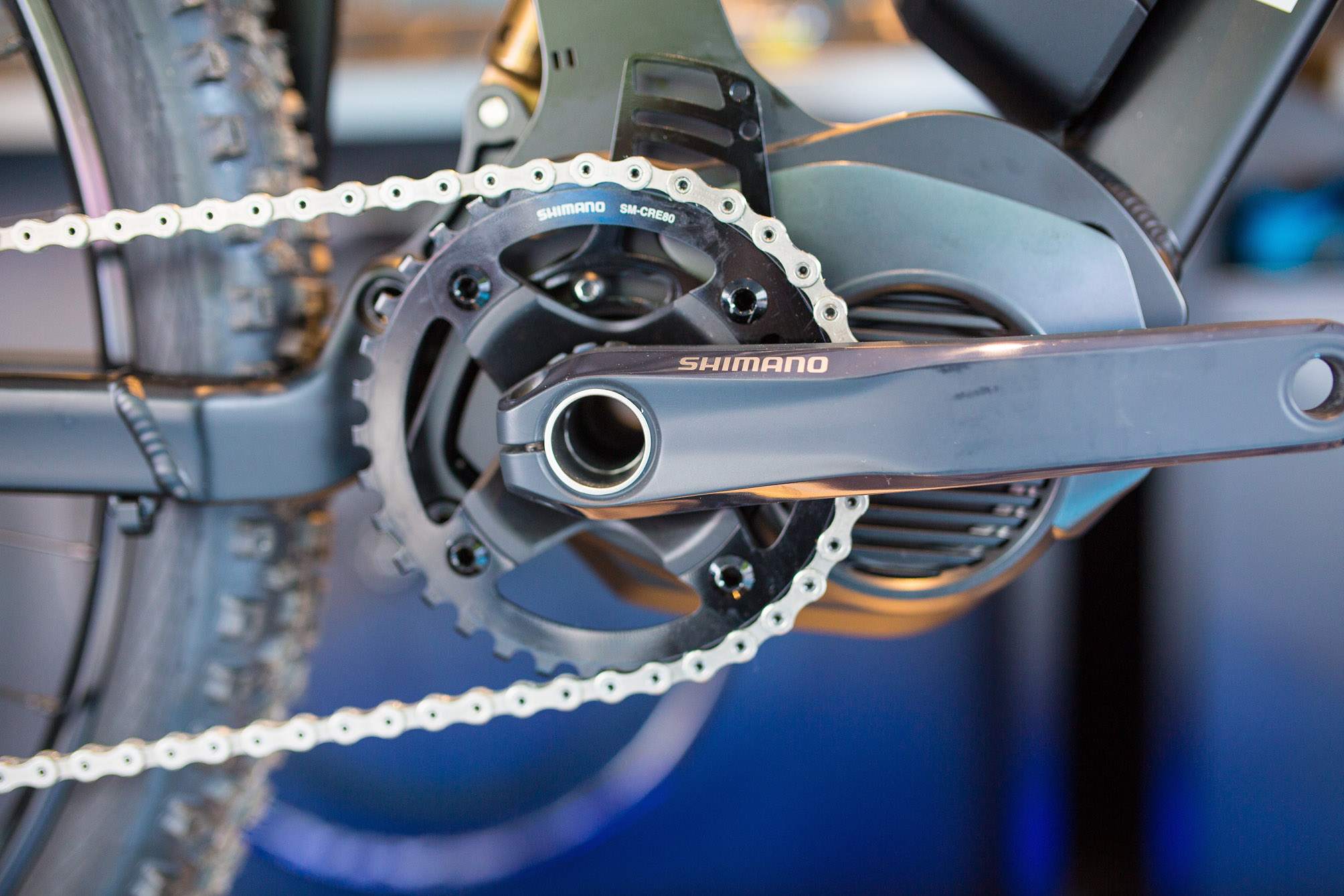 It is also touted as being more lightweight and compact than the Bosch system, keeping the distance between the cranks at a similar width to traditional MTBs and also allowing for shorter wheelbases, promoting agile handling. 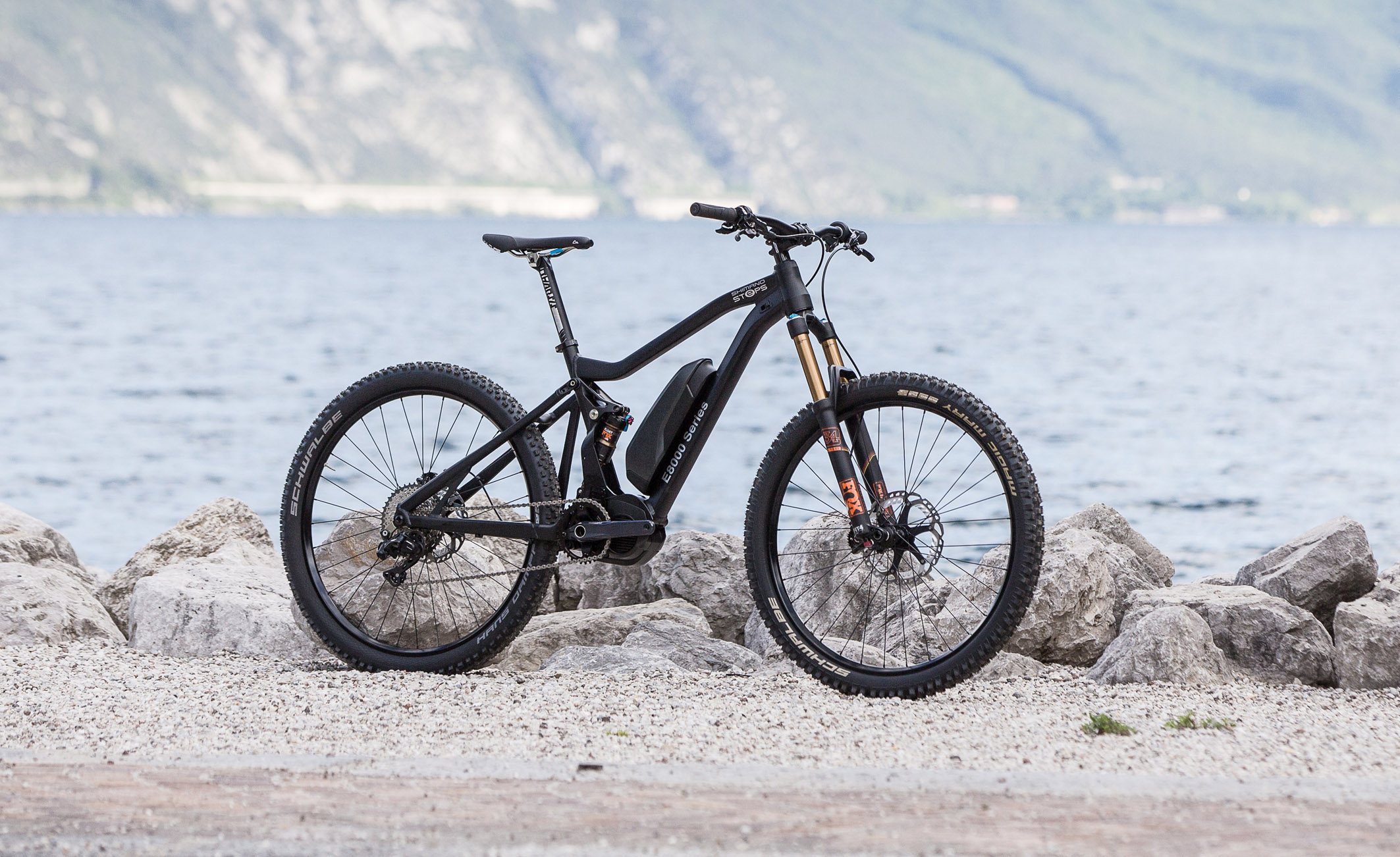 The E8000 motor torque is rated at 70Nm which is on a par with the Bosch system and considerably higher than the 50Nm rating of the E6000.

Unlike Bosch and its Nyon option, one area Shimano STEPS hasn’t yet ventured is into the world of smartphone connectivity and GPS enabled handlebar displays. 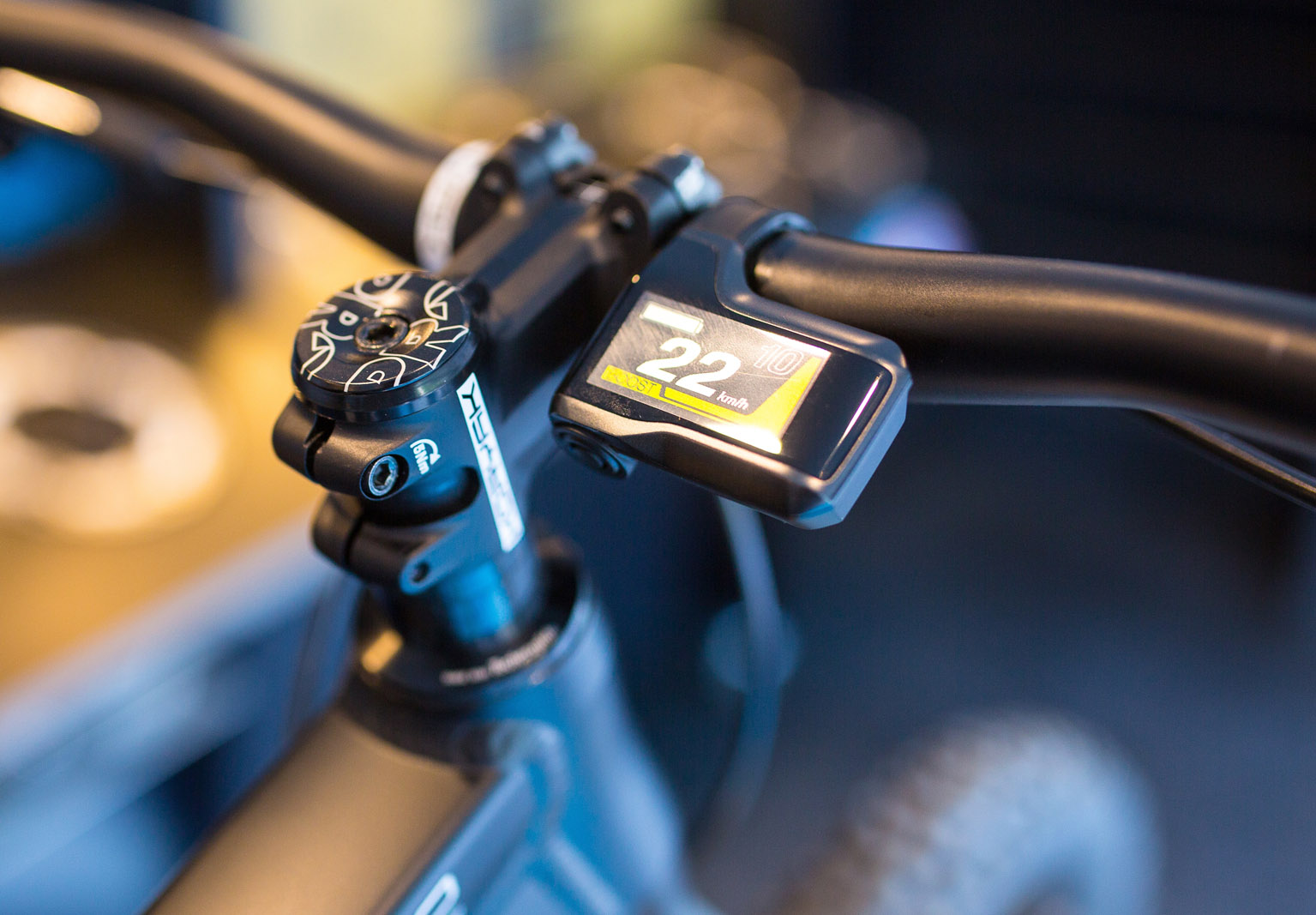 The E8000 announcement follows Shimano’s offer of a free upgrade to E6000 users of Di2 electronic shifting; a firmware upgrade allows the shifting to become fully automatic. Automatic shifting will be based on the rider’s cadence and speed. 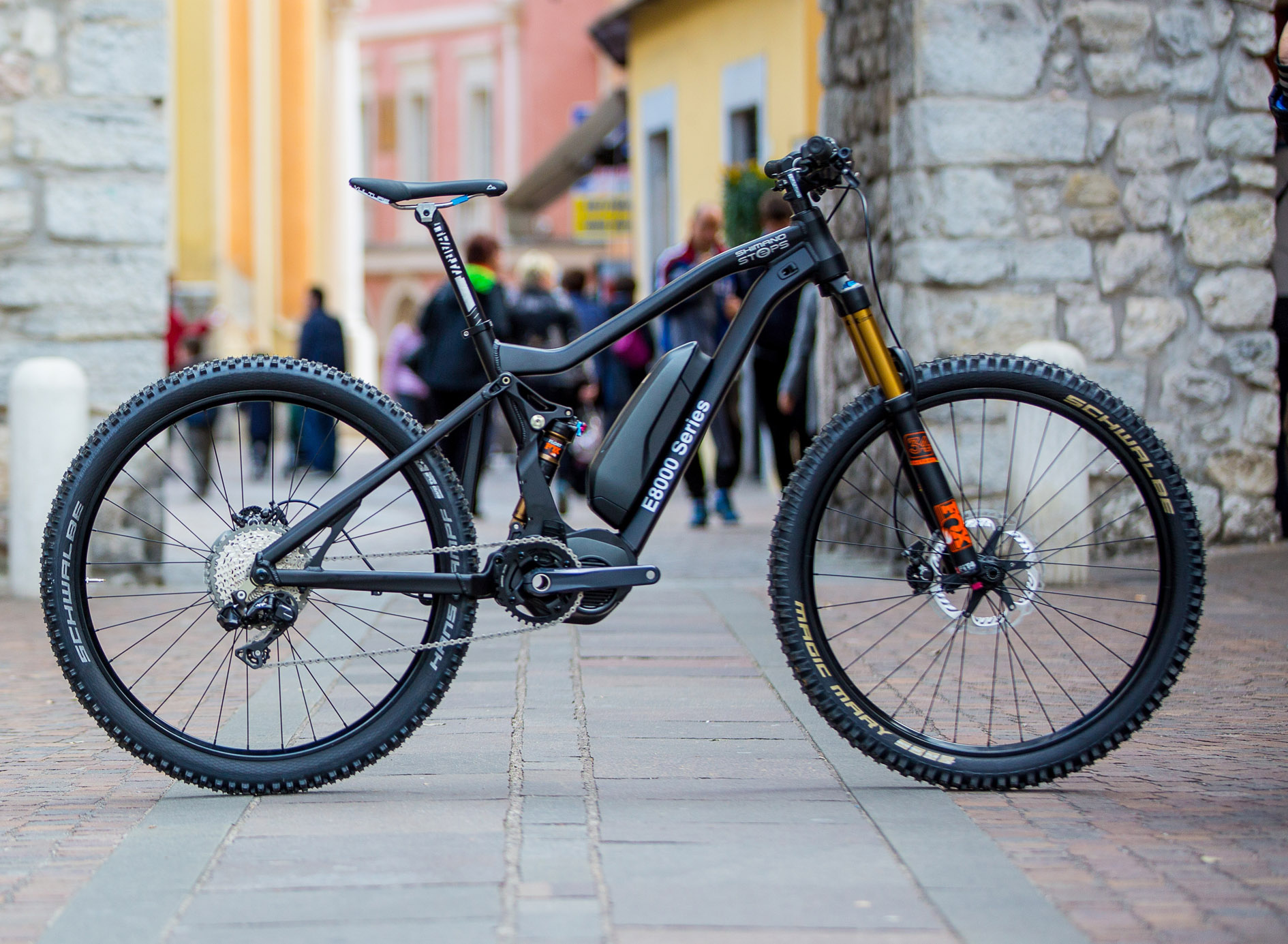 The programming also means the electric motor power through the drive chain is automatically slackened off for an instant whilst changing take place, allowing for smoother changing and a longer life for the chain and gears. Compatibility of the E6000 system has also been broadened to include Di2 disc and coaster brake compatible versions.

Of course the true verdict won’t come until review models start hitting the trail later in the year. But if the rapid progress in the marketplace of the STEPS E6000 system is anything to go by, Shimano could have another quick-fire winner on their hands.

With high performance systems also out there from the likes of Yamaha and Brose the eMTB field looks like it will heat up even further in over the 2016-17 season.

The Shimano E8000 electric mountain bike system will be initially focused on the European market. Stay tuned for the US market launch date.