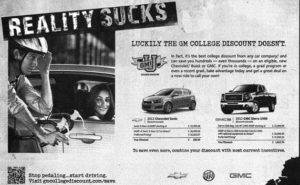 GM recently posted an anti bike ad in a number of college newspapers across the country.  The ad is telling college students that riding a bike “sucks” and spending  a lot of money they probably don’t have on a new GM car or truck is a better alternative.  Hmmmm?

As I remember driving around most college campuses is really effective too………not!

This has really shaken up the biking community and now GM has removed the as from circulation based on the feedback.

Oh and here is the best quote from the ad “Stop pedaling, start driving”……..I have to check with their marketing department because I’m pretty sure it’s the other way around 🙂

Giant Bicycles, one of the largest bike companies in the world, took the liberty of modifying the ad to point out some GM’s mistake.  Others joined in as well.

Below is the original ad along with Giant’s and others revisions, enjoy! 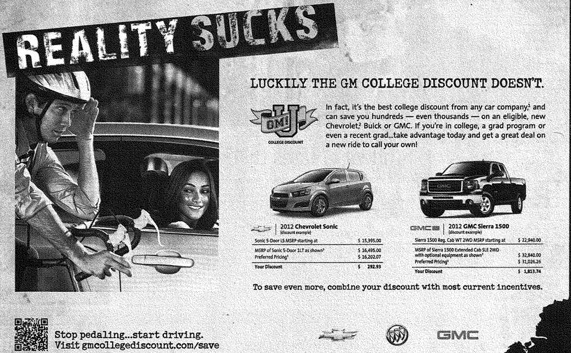 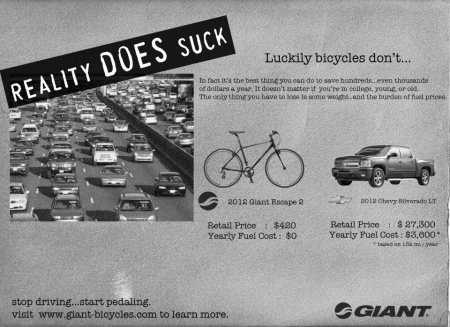 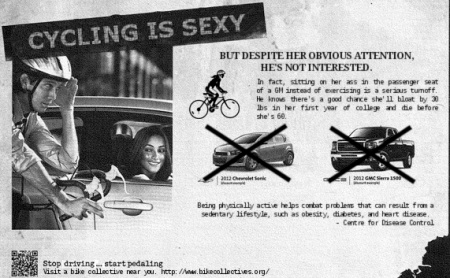 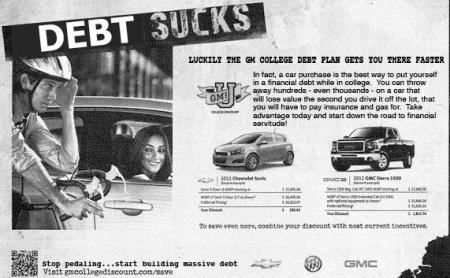 So, what do you think of this GM ad campaign?  Please leave your comments below.