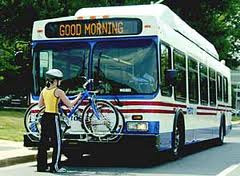 Do you like the idea of an electric bike, but find yourself being concerned with the range?  Is there an area of town that is not safe to ride your e-bike through?  Never fear, there is a solution to this; combining an electric bike with mass transit options!

The other day I was chatting with an e-bike industry expert/consultant, Ed Benjamin,  about how great this combination is.  So I thought I would talk to the folks at NyceWheels in New York City because they live in a city that is all about mass-transit.

Peter from NyceWheels (not to be confused with me :)) prepared this great article on electric bikes combined with subway and/or bus options.  Check it out!

The uses for an electric bike were traditionally somewhat limited. However, the short ranged, unwieldy archetype of the electric bike is quickly eroding under the constant wave of new and improved technology. Thus modern electric bikes are beginning to see expanded use in areas they would never previously have fit (literally). I’m talking specifically about using electric bikes as a multi-modal form of transportation in combination with mass transit.

Perhaps the greatest factor allowing electric bikes to find their way into the world of multi-modal transit is the development of super lightweight batteries and highly efficient drive systems. These improvements have led to compact and portable electric bicycles that are much easier to lift, carry, and general manage.

Jump on the Subway with Your Compact E-bike!

Let me demonstrate this point with a hypothetical situation. Let’s say you’re commuting to work during rush hour. You swipe your subway fare card and pass the turn style only to find half the free space in the closest car taken up by a 7ft long, 65lb electric bike. How did it get there? Who carried it down the stairs? Who would have the nerve to take up so much space at this time? It’s all a bit absurd. But now consider the same situation with a folding Brompton electric bike. Suddenly your electric bike has shrunk to the size of a small suitcase, tucked like a backpack just in front of its owner and yet still has the same range and speed as many full sized electric bicycles. The whole package weighs a manageable 45lbs and can even be rolled like a cart instead of carried. Now we’re talking…

How about the Bus and Your Electric Bike?

The Brompton electric bike is just one example of how modern electric bicycle technology can collaborate with multi-modal transportation. Let’s consider another option, commuting by bus. In many cities where there is not such an extensive subway system there is a fairly intricate network of bus lines. On many buses you’ll find bike racks in the front that can fit 2 bikes at a time. You can ride your electric bike to a bus stop and load it on, take the bus across town, detach your bike and continue on. In the process you’ve saved a good deal of your range to get around this distant part of the city. The only catch is that many cities prohibit motorized bicycles from riding the racks. Lucky for us modern electric bike technology saves the day yet again.

With batteries and motors getting smaller, lighter, and more compact, electric bicycles are really starting to look just like regular bicycles. It’s nice to not have to worry about getting hassled for having an electric bike by a grumpy bus driver.

So Many Electric Bike Combos….

There are a number of good strategies you can use to combine mass transit with your electric bicycle commute. I’ll leave you with just a few, and remember that any trip can be doubled if you bring your charger along: 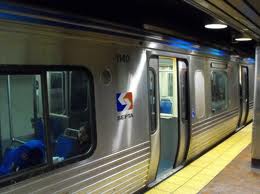 Take Your E-Bike on the Subway!

Go Half and Half – If you’re commuting to work, go half way on mass transit and ride back. It’s easiest if you live on a transit line but works great for commuting in the city. Many people who can’t show up to work sweating will take the mass transit into work and ride their electric bike home.

Mix and Match – For some people going half and half is not quite possible because there is not one line that connects them with their destination. In that case you can mix and match your transit options. Ride your electric bike to a bus line, take that part way and then ride to a subway for a transfer. There’s no limit to the variety of approaches you can do.

The Sandwich Approach – This is where you literally sandwich a mass transit ride between two bike rides. It’s especially useful for people who are going really far, perhaps 20 miles or more in one direction. Ride to the nearest connecting station, load up your bike, enjoy a coffee as you speed along, arrive within range of your destination and bike the rest of the way in.

I hope you enjoyed reading my guest blog on multi modal electric bike transportation, thanks.

That is great stuff!  I really like the combo of e-bikes with mass transit.  Here are some other forms of mass transit to consider too: Ferry and light rail.

Please leave your comments below.  We would really like to hear from you!