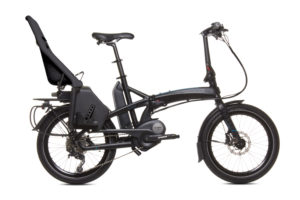 New eBikes From Around the World

Tern has launched their new Vektron (formerly the Elektron) folding eBike equipped with the Bosch mid drive system on Kickstarter.

Here’s their KS video for more information on this versatile eBike:

Gocycle has achieved their initial Kickstarter goal & they have released some new bonus options (fast charger, app, colors) for their new affordable GS! 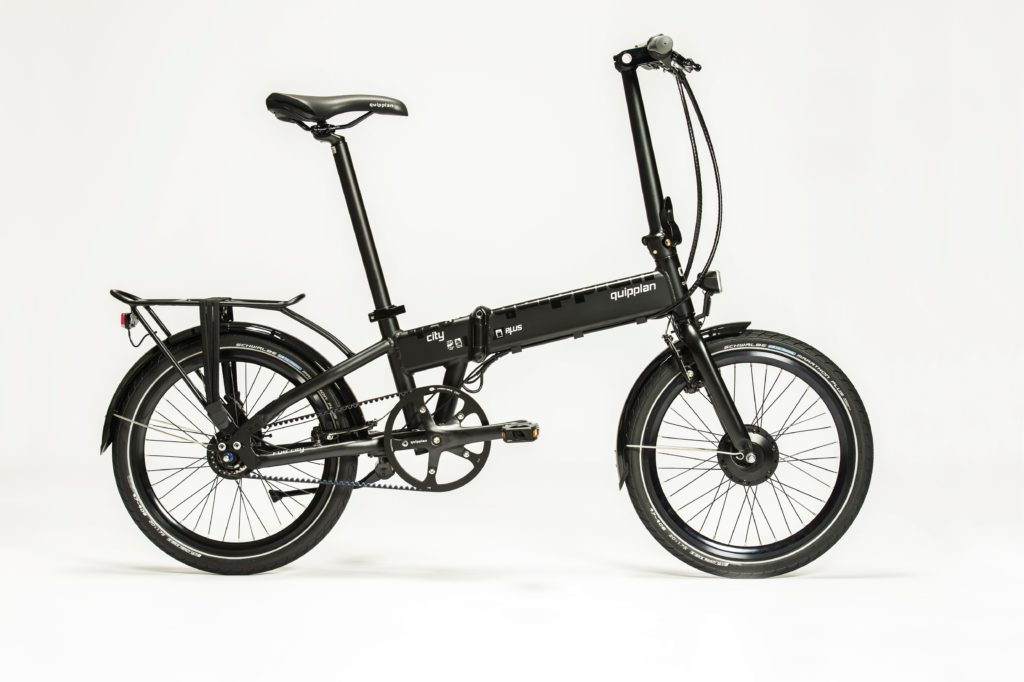 A belt drive folding e-bike from Spain has made a recent appearance in the UK at London dealers Justebikes. The Quipplan Q20 has front wheel hub motor, frame integrated battery and 8 hub gears plus the full complement of equipment including lights, luggage racks, fenders and kickstand, all for £1795 (around US$ 2200).

The 370Wh battery is claimed to give a 30 mile range, which sounds realistic. Claimed weight is 18.5kg for the 20″ wheel version but 26″ wheel versions are also made by Quipplan.

Check out more detail in the video below:

Designed and manufactured in Spain, Desiknio electric bikes look very much like regular bicycles. Lithium batteries are hidden within the down tube of the frame.

The bikes are claimed to weigh 13.5 kg (29 pounds), with a maximum power of 500 watts, and they use a rear hub motor. Both of their eBike models use Gates Carbon Drive belt for clean, rust-free simplicity. 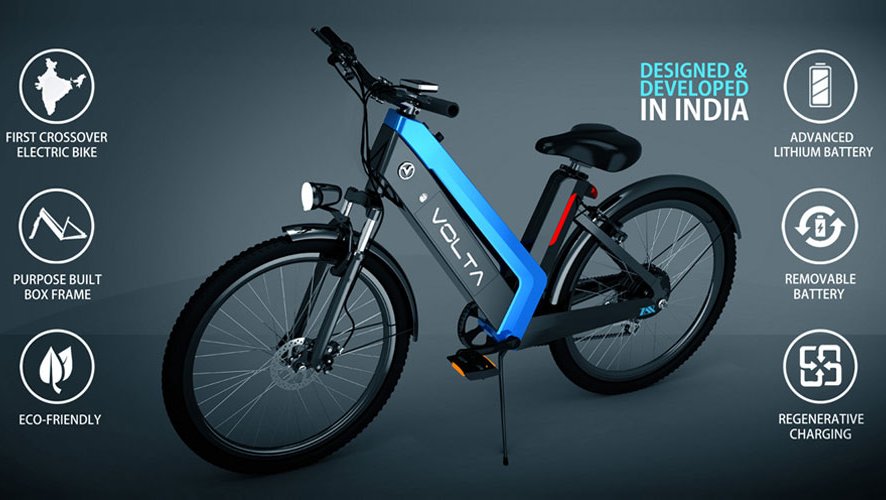 Making a debut at the recent India Gadgets Expo was the Volta Zap, ‘India’s first crossover e-bike’ and we particularly liked the idea of a small storage compartment in the box frame design.

Volta is a recent startup and look to aiming at the Indian domestic market. 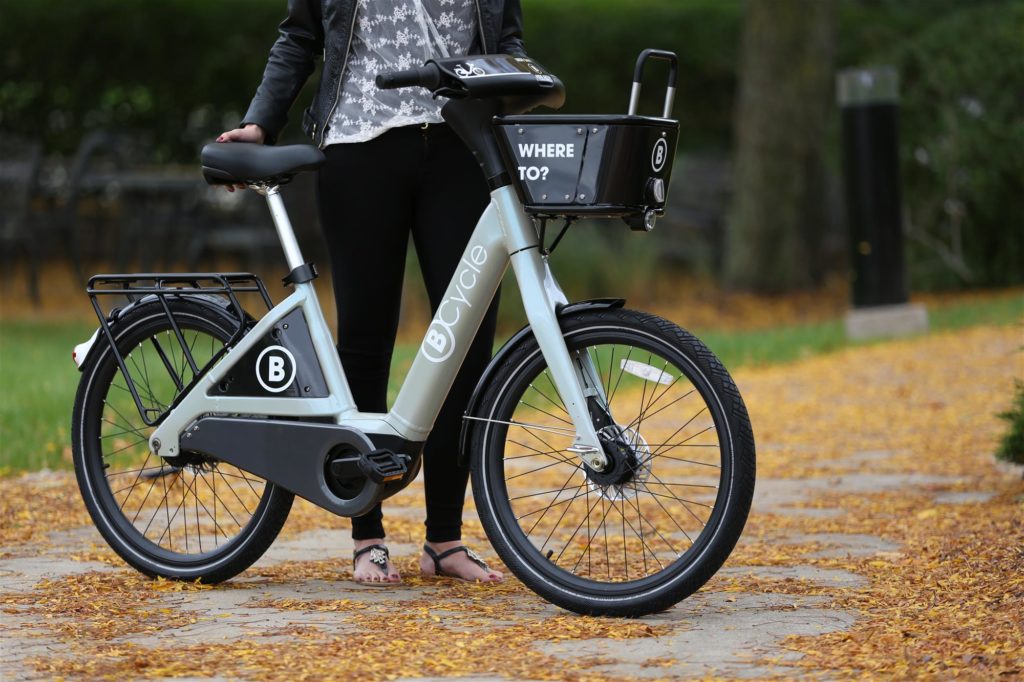 Clearly BCycle believe the new ‘smart’ product range to be at the forefront of BikeShare technology, as, ‘Among its many features, BCycle Dash has the ability to be docked on conventional bike racks, at existing BCycle stations, at its own Dash dock, next to a station if there are no available docks or anywhere a bike can be docked. 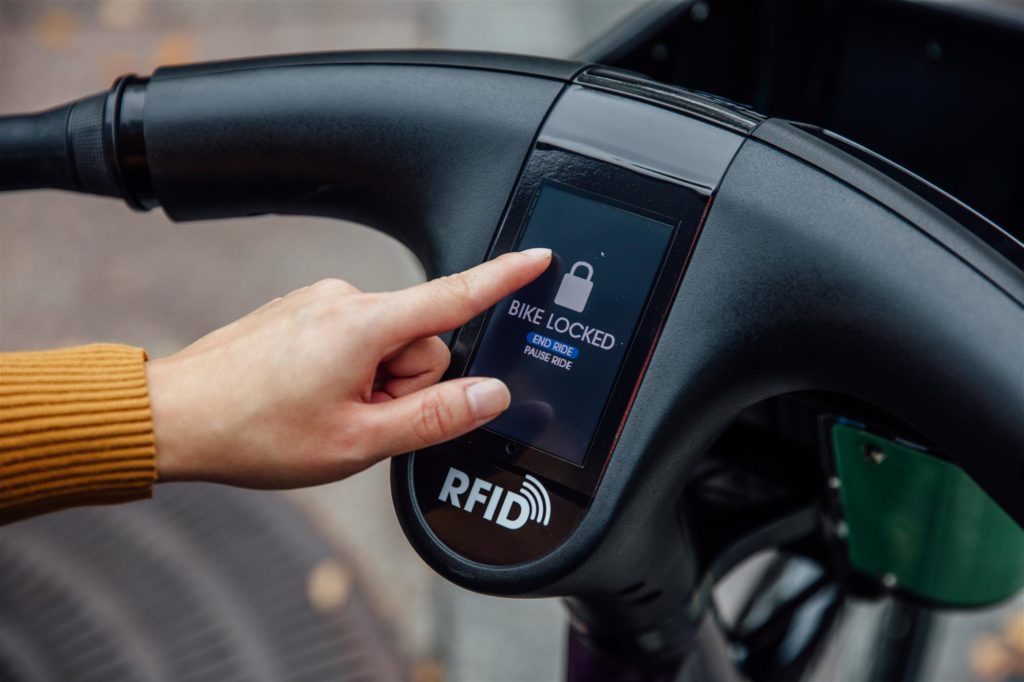 The bike also includes a head’s up color touchscreen that highlights distance and time travelled, cost spent and calories burned.’  The system also has its own smartphone app and GPS tracking allows turn by turn directions for the rider.

The electric Dash+ features a crank motor and frame-integrated battery and BCycle say existing bike stands can be upgraded to accommodate the Dash+.

BCycle currently has more than 1,250 stations and 10,200 bikes on the ground in North and South America. All BCycle bikes are designed by Waterloo, Wisconsin-based Trek.

BCycle told EBR that the BCycle Dash will be available next summer and the BCycle Dash+ shortly thereafter. The mobile app should be in the app store next month. 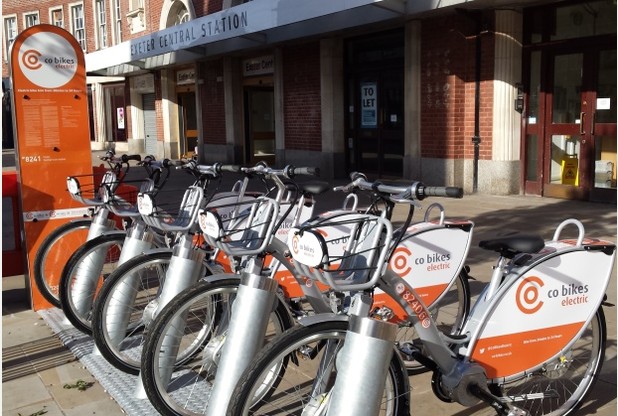 EBR has previously reported on the initial installation and testing phase of Co Bikes, but with the official launch event having taken place October 13 the system is now live for pubic use. 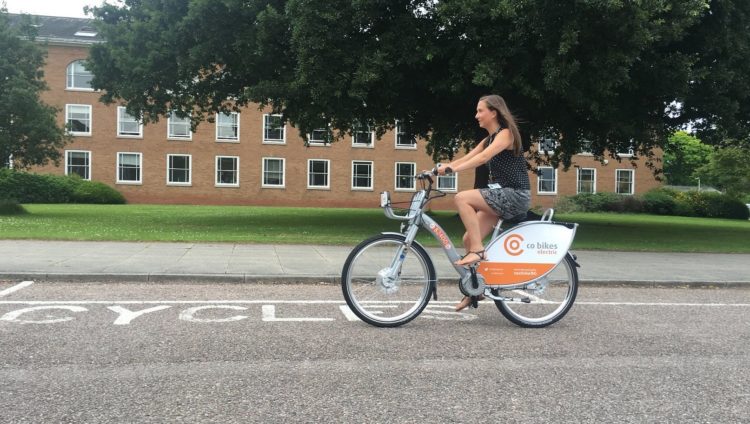 15 bikes will initially be available from three dock locations: Exeter Central Station, the University of Exeter’s Forum and Digby and Sowton Park and Ride, with each dock having between four and eight bikes. Additional docking stations are due later in the year and the report states that by spring next year the scheme will be extended to eight sites in and around the city.

If no docking spaces are free when you want to drop off the bike, you can simply lock it to any fixed point within 30 metres of the hub.

The bikes are available for hire by anyone on spec, but Co-bikes also offers joint membership with Co-cars, a hire-by-the-hour car club based in the area.

Self-stabilising e-bikes on the Way?

With the increasing automation of e-bikes perhaps it was inevitable someone would be working on it. Now it’s confirmed that they are; Delft Technical University has confirmed in a recent news post that it is working on the self-balancing bike for adults (self-balancing children’s bikes are already on offer commercially).

The university says it is ‘teaming up with Koninklijke Gazelle to develop a prototype self-stabilising bicycle, in order to analyse the cycling behaviour of elderly, with use of the sensor bike.’

The same report quotes an alarming sounding 30% increase in cycle related accidents, ‘especially as a result of bicycle instability for elderly people’.

The technology that hopes to fix this problem is in the form of a small electric motor integrated into the steering column, acting on information received from balance sensors.

Whilst the nascent tech isn’t solely aimed e-bike riders, its clear there is a potential market here – the Netherlands and Germany especially have huge numbers of elderly e-bike riders and, like much of the rest of the Western World, an increasingly ageing population. 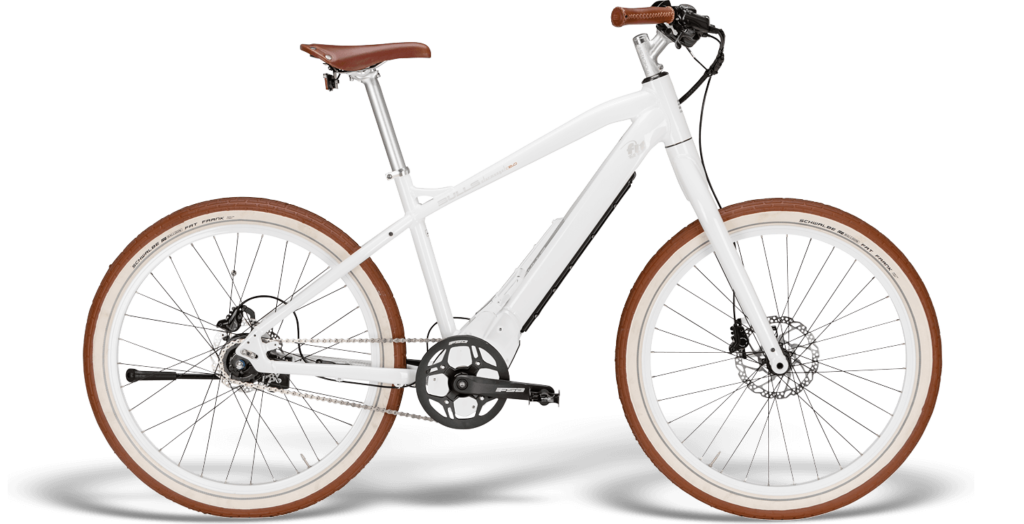 This really positive article shows how an electric bike can help the worried and nervous to take to two wheels in London’s nerve-jangling traffic. In it UK journalist Kitty Knowles admits she initially ‘loathed’ cycling in the capital but, with the help of a very neat looking Bulls Sturmvogel E Evo, takes to the streets to and ends up feeling not only ‘uplifted’ but also felt she made safer decisions in traffic – ‘You feel sturdy, swift and strong enough to make smart choices that you’d otherwise deem “too risky’”or “scary”.’

Speaking of BULLS, some of their bikes use the Brose mid drive system and here is an interview with Joachim Volland who is responsible for eBike development in this largely automotive company.

Sometimes people fall into e-biking almost by accident and end up loving it and eulogising about it, as happened to Kerry Waldman. This adventure riding article details how Kerry and his young daughter Laura ended up e-bike bikepacking in the wilder areas of California’s Gulf of Santa Catalina Islands.

Having been given a Yuba Mundo cargo bike as a present Kerry only used it occasionally until the idea of fitting an e-bike kit became a reality and the amazing looking trip took off. The article also has lots of great tips for keeping kids entertained and ensuring things go smoothly if you too fancy taking young tots e-bike camping.

The Canadian Electric Bicycle Association is holding eBike and eScooter tech training in Hamilton Ontario November 20 & 21. From Michaelangelo Pasquali “We will be covering motors, controllers, batteries and throttles with extensive hands on training. It will also cover voltage converters, alarms and all the extras you would find on the scooter style ebikes. The majority of the diagnosing and troubleshooting will still apply the same to bicycles. After completion of the training our students will be able to diagnose any make or model of ebike or escooter in 15 minutes or less.” Here is more info.