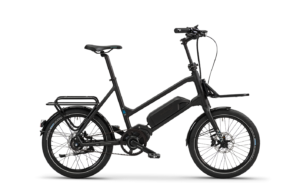 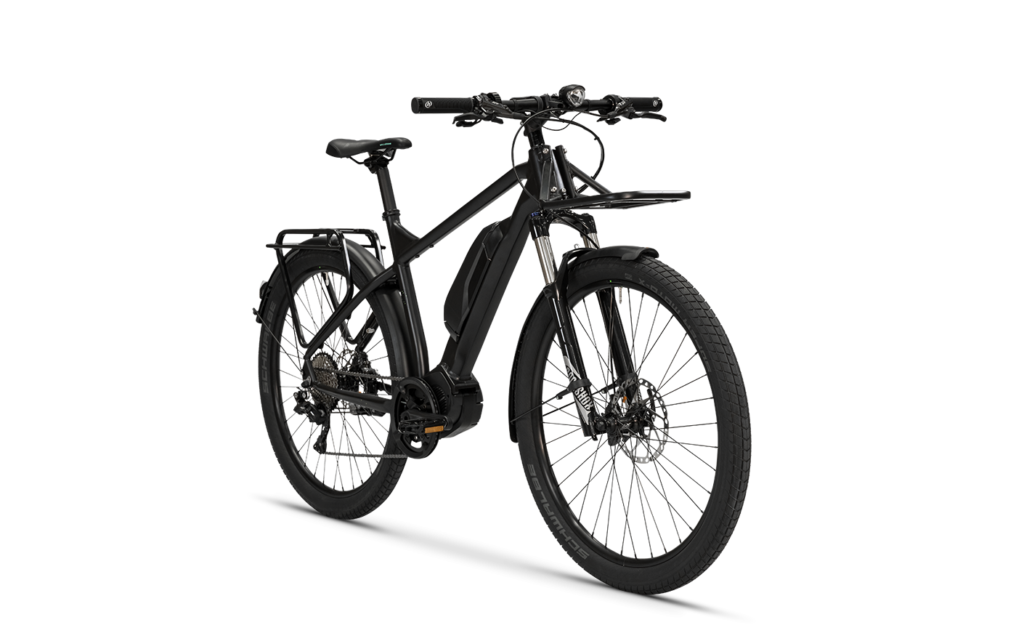 We have already featured Swedish firm Wallerang (see Interbike video below) and these 2018 bikes are now being rolled out around the world, so here is a reminder of the new models which all feature Wallerang’s true USP, a modular carrying system featured across the range that allows single-click addition and removal of all kinds of luggage both at the front and rear of the bike. 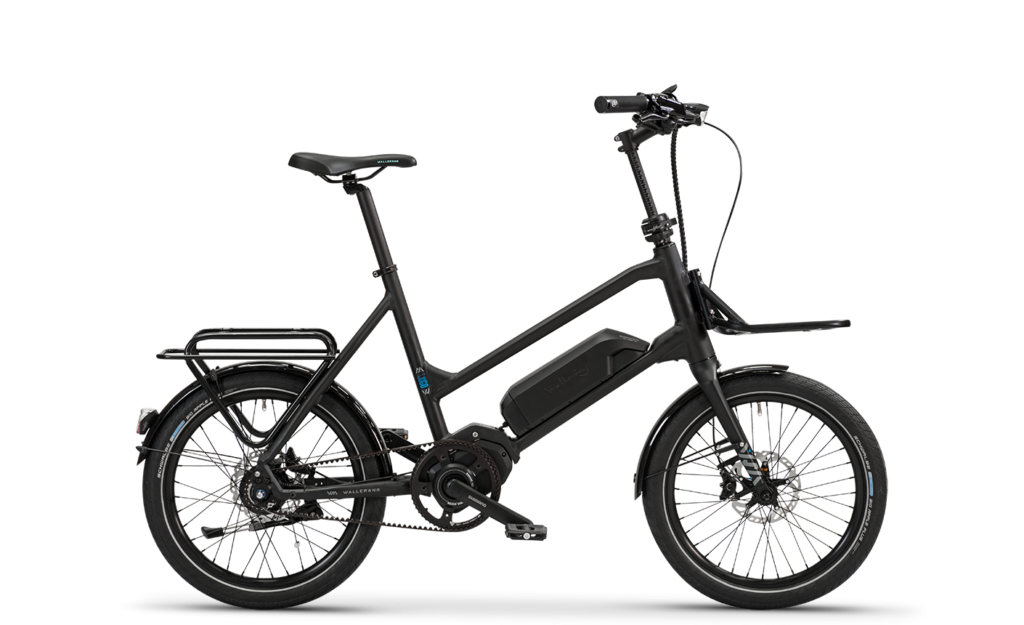 The Tjugo (Swedish for Twenty) is a neat twenty-inch wheeled city bike with belt drive and electronic shifting Alfine hub gears whilst the Tapper is a touring-cum-adventure bike with oversize tyres and the performance orientated Shimano E8000 motor system. Available in both Europe and the US. 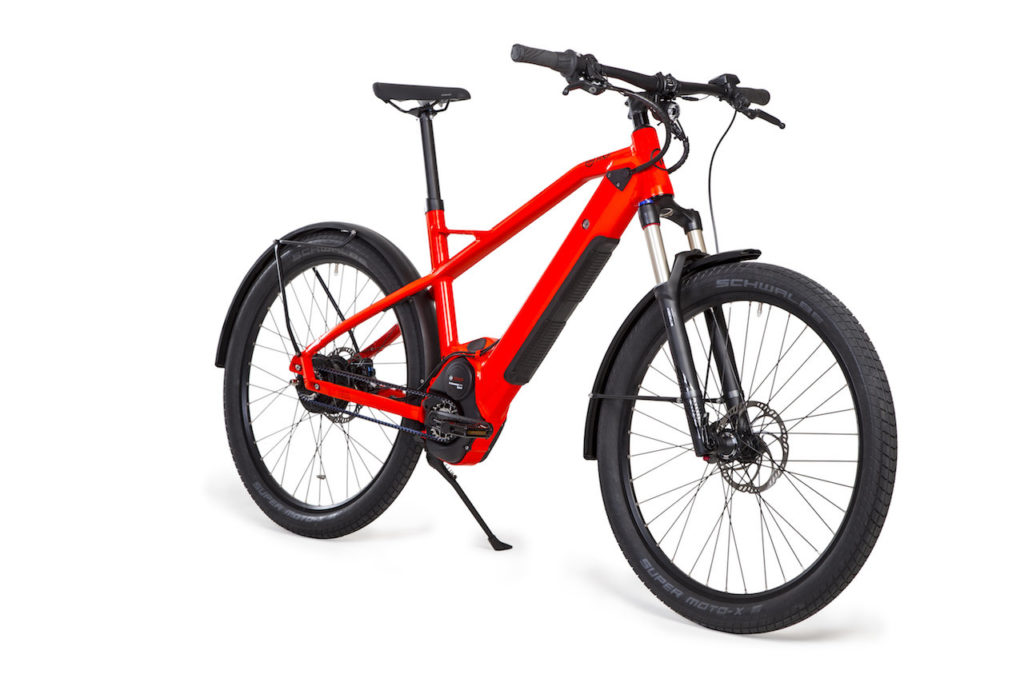 The basic version of the XD2 uses the stepless NuVinci Optimized N380SE transmission whilst an electronically controlled Rohloff E-14 hub gear system will be a future option. 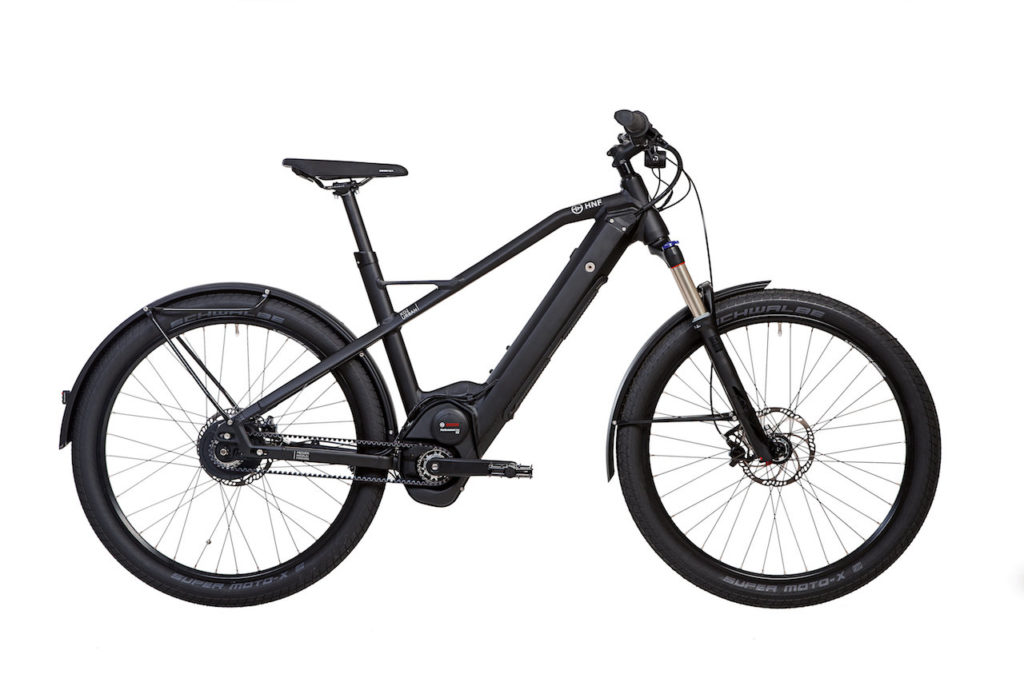 The Bosch PowerTube battery blends into the frame and the Bosch Performance Line CX motor is integrated in an upright position to blend in with the frame’s lines.

There are also hydraulic disc brakes, Wingee fenders and a Supernova E3 lighting system and a 45km/h S-Pedelec version.

California-based CERO have just announced they have fulfilled all orders from their 2017 crowdfunding campaign and have started selling bicycles direct-to-consumers and through ‘select retail partners’. 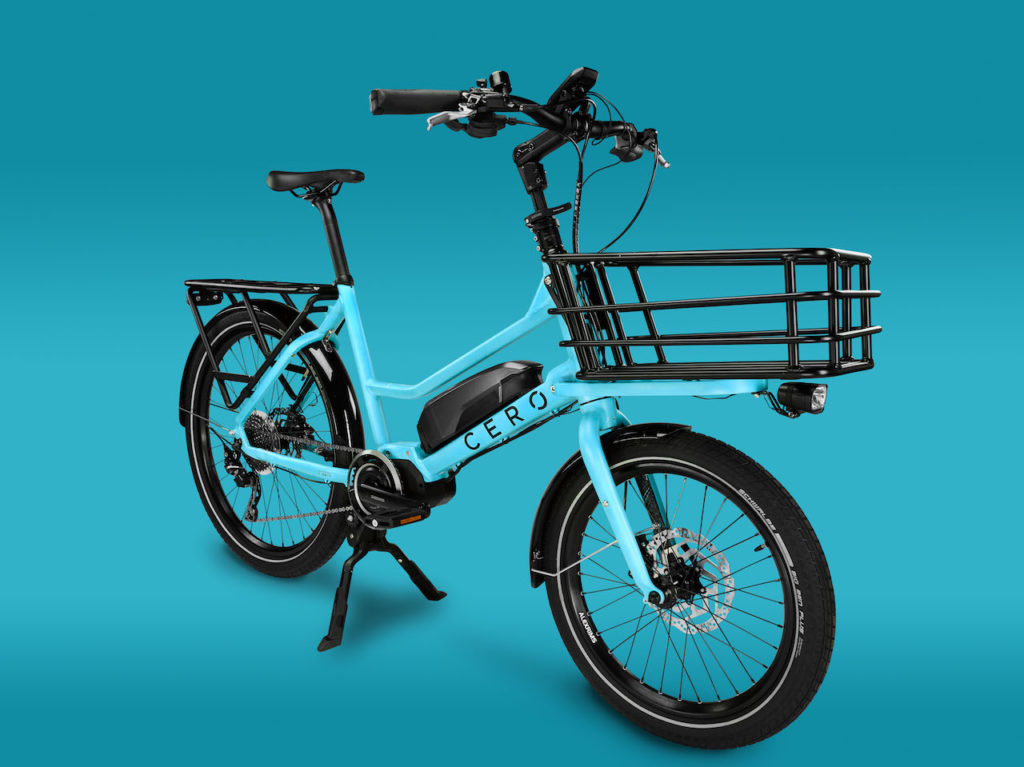 The CERO One is marketed as a modular, compact e-cargo bike retailing for $3,399 and up depending on how it is outfitted.

CERO’s press release states “Our goal was to design and build a modern version of the Japanese ‘Mamachari’: a practical utility bike that could be used by almost anyone as a replacement for a car in their daily lives.” 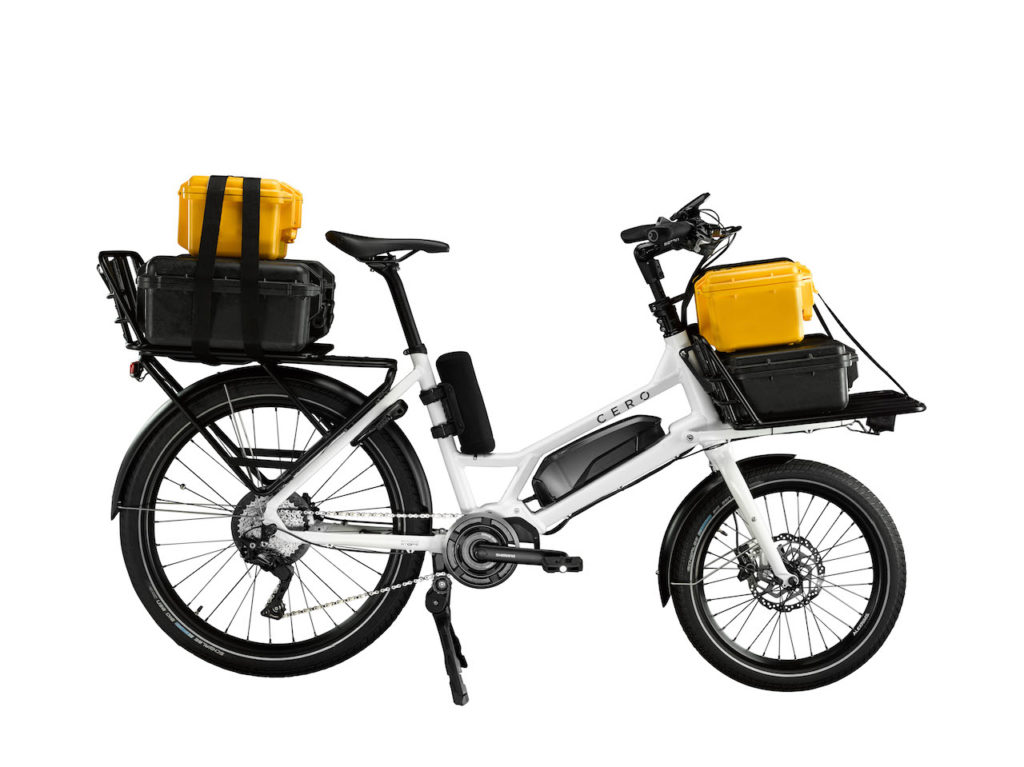 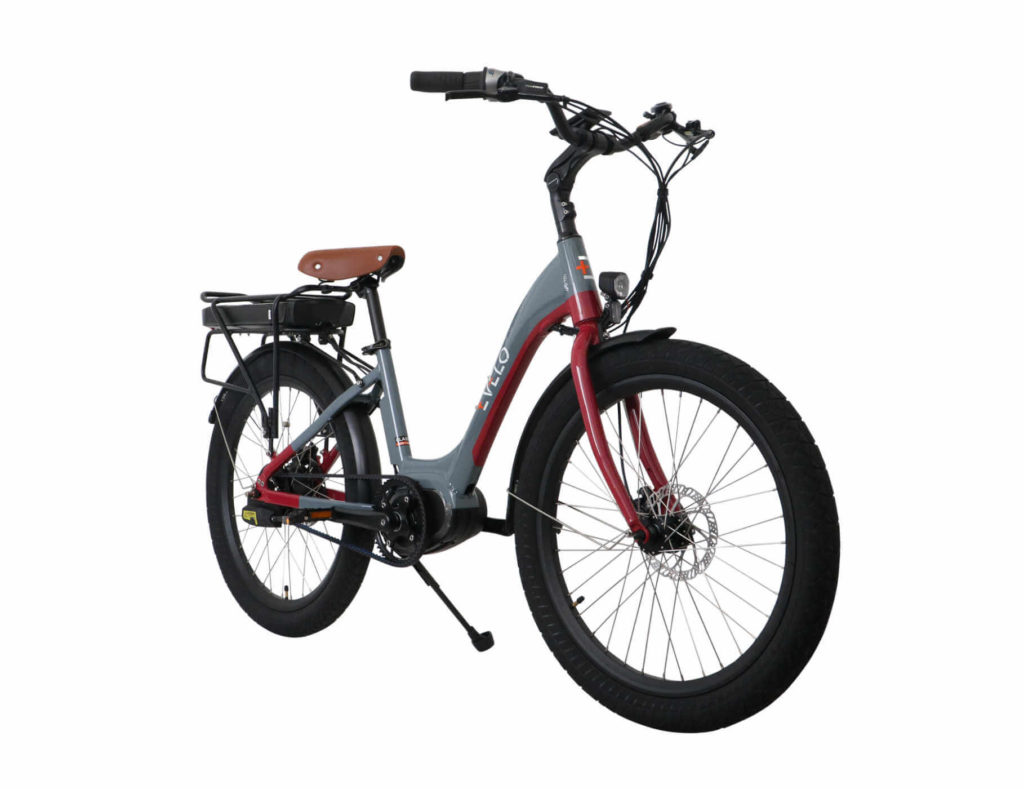 The new EVELO Galaxy 24 shares the same components as the Galaxy ST but has a smaller frame and 24″ wheels.

Here are some of the highlights: 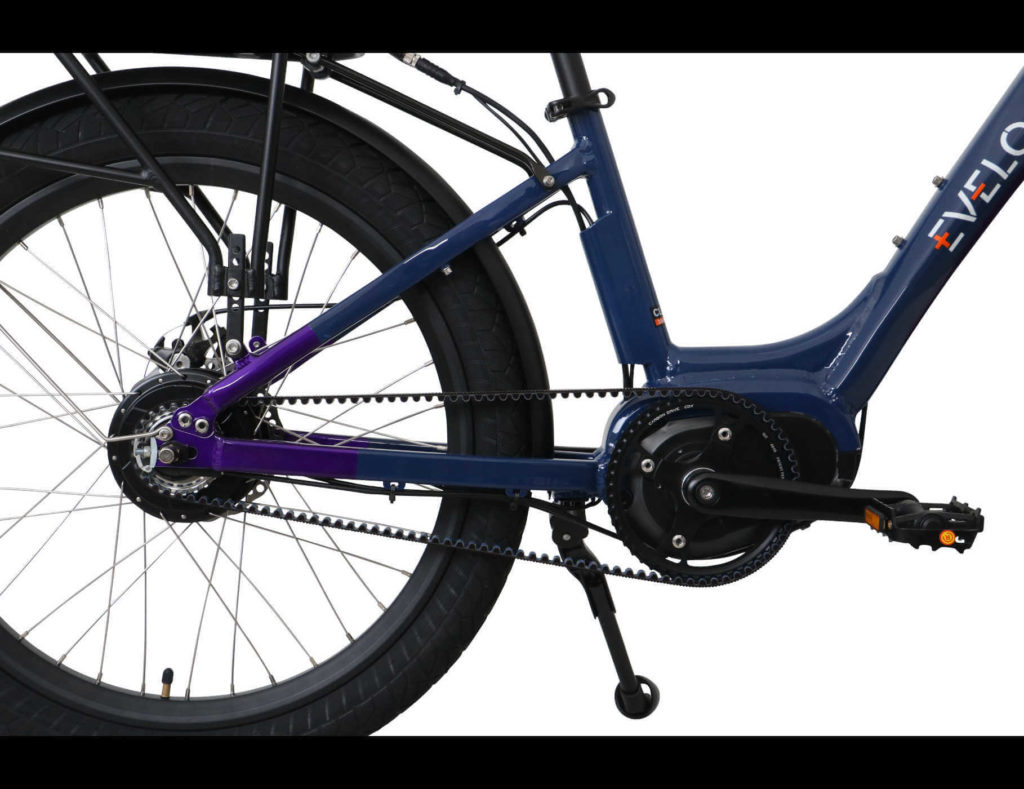 Evowheel is another of a long line of ‘all in one’ e-wheel solutions which aim to convert standard bikes to e-bikes by simply swapping over a wheel. It claims to fit 95% of bikes and to be fitable in ‘a mere 30 seconds’ 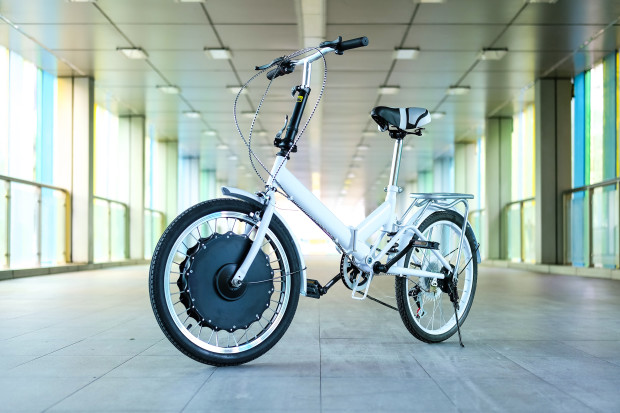 There will be front wheel replacement Evowheels at 20, 24, 26 and 27.5  inches and 700c wheel sizes as well as v-brake and disk brake versions. There are five power settings all controlled wirelessly via smartphone app and the hub enclosed battery charges via a socket in the end of the axle. 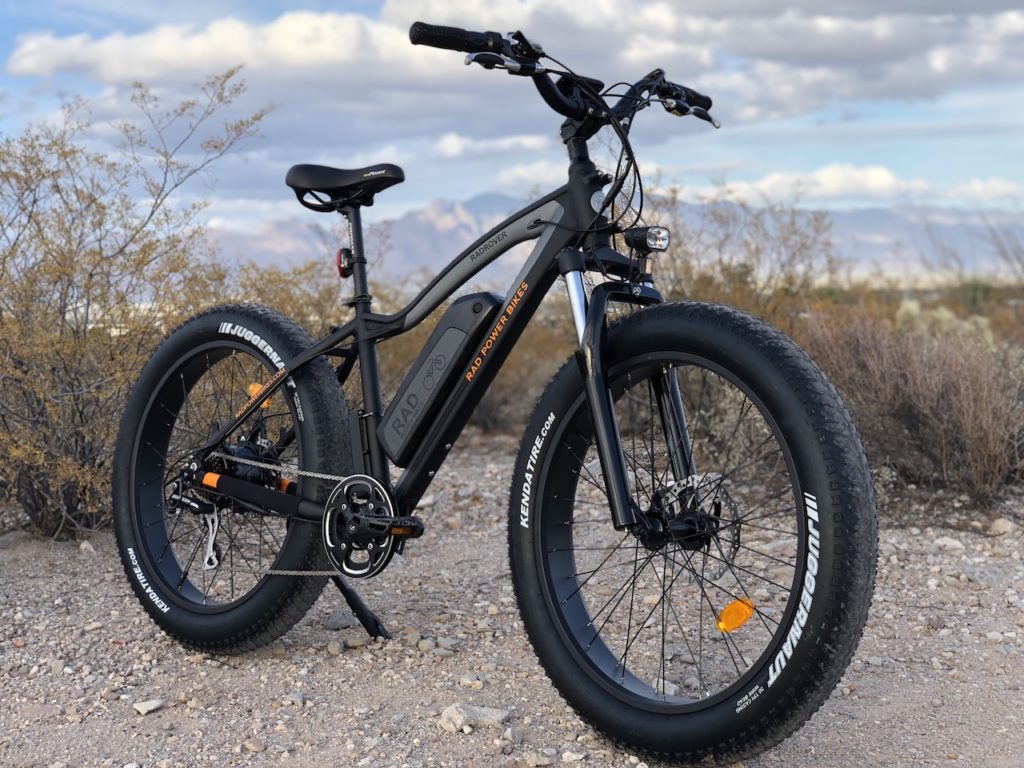 We have a part 1 review of a very capable looking e-fat bike, the Rad Power RadRover. The bang per bucks factor looks very impressive with a 750W motor, 672Wh battery and 4 inch wide tyres included in the $1499 price. This part 1 report features full spec details and plenty of photos. 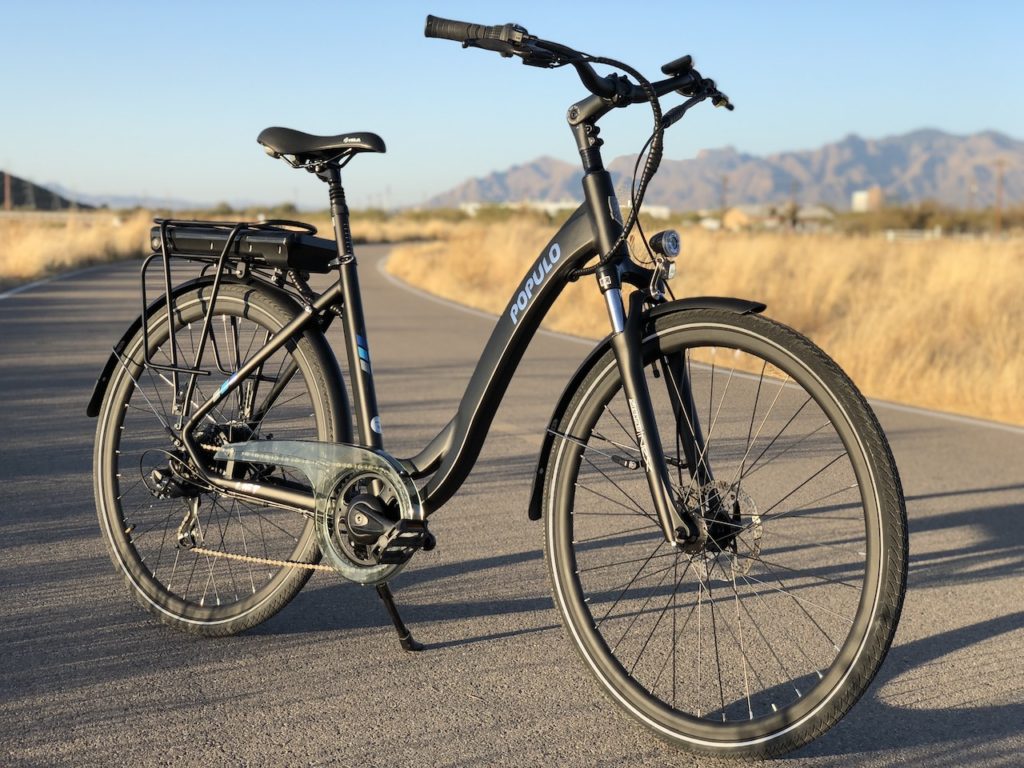 If you are interested in a very, very keenly priced commuter bike with a very easy to ride step-thru frame check out part 2 of our Populo Lift V2 review, with video and summary.

This account from Slate of riding an e-bike around Los Angeles is a great advert for the advantages of e-biking – think of them not just as supercharged bikes but as potential car replacements is one of the main messages.

There are plenty of links to other interesting news and finally a prediction that e-bikes will figure strongly in future streetscapes: “When the day comes that cities teem with automated vehicles, space will be at a premium, and modes that use less of it will be favored. It will also become something of a rare pleasure to be able to carve your own path through a city of robots on algorithmically determined journeys. For both requirements, the electric bike fits the bill.”

One of Bosch’s latest promotional video shows how e-bikes can make a difference not just to your commute but to how you do your job and even how you feel whilst you are doing it. It’s a brief description by midwives in Brussels describing the very positive impact e-bikes have on their working day.

Bosch and Trek have teamed up for a series of eMTB races in Germany, Austria, Switzerland, Italy and France for this year. The races are designed for electric mountain bikes specifically, here is more from Bosch:

“The eMTB-Challenge offers impressive versatility. The riders must cover around 35 kilometres and negotiate an altitude differential of 1,000 metres. Riding technique and orientation are important, as are fitness and smart battery management. The stages offer a mix of uphill and downhill sections. The only enemy is time itself: The races are ridden against the clock without any prior training. In the transfer stages, the emphasis is on good orientation rather than just speed. Various orientation points have to be found along the route – missing one will earn the biker a 10-second time penalty. The rider with the fastest overall time is the winner.”

The races are focused on riders of all abilities from new riders up to very advanced.

Here is more info on the Bosch eMTB Challenge.

Revolve24, the 24-hour cycling endurance challenge hosted on the UK motor circuit Brands Hatch from September 14 to the 16, has expanded its 2018 programme to offer over 48 hours of events including, for the first time, an emtb event, reports the UK’s Bikebiz.  The article classes it as ‘one of the UK’s first emtb events.’

LimeBike is rolling out 500 eBikes for their Seattle eBike dockless share fleet.

“We see this as an opportunity to go beyond first and last mile solutions,” said Jason Wilde LimeBike Regional GM. “Bringing the largest e-assist fleet in the US to Seattle allows us to help further reduce traffic congestion within the city.”

Here is a good report on the new Seattle eShare.

San Diego is Next

Limebike is rolling out their conventional dockless bike share system in San Diego with their eBike fleet to follow soon.

Here is a good report from Wired on the race and battle that is on for private bike share companies competing for territories around the world.

“More than 50 Tauranga (New Zealand) City Council staff are proud owners of electric bikes after the council facilitated a deal with a national e-bike distributor to encourage fewer single-occupant cars into the city centre.”

Bike San Gabriel Valley and the city are offering a big $700 rebate on eBikes for citizens that qualify.

“We support the adoption of e-bikes, especially given that rebates are being thrown at cars,” said Wesley Reutimann, Executive Director of BikeSGV. “They have good utility, and with our topography and the more and more hot days that we are experiencing, they make sense.”

This report from Cycling Industry News paints a very rosy picture for the future growth of the e-bike market globally.

There are some electric motorcycles that are trying to fit into the “electric bicycle” category. These eMotorcycles do damage to the image of electric bicycles because they are well outside the realm of the power and speeds that eBikes are regulated to in order to still operate like a traditional bicycle. 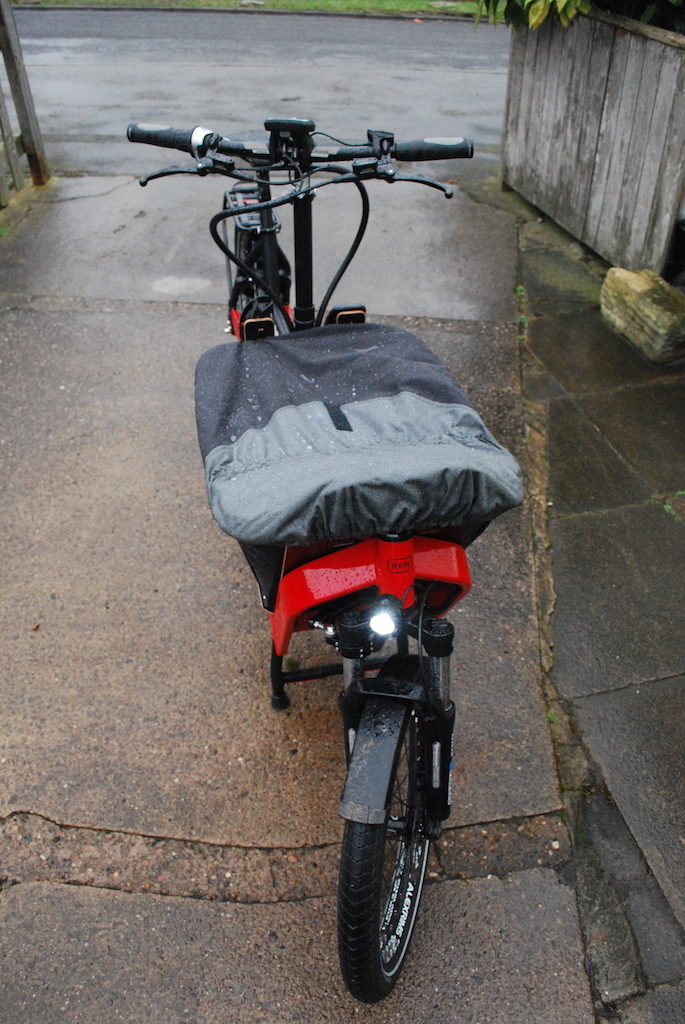 I’ve taken delivery of the latest test bike, the extremely neat and practical e-cargo Packster 40 from Riese & Muller and its been straight to it, doing jobs in the rain and cold. Look out for my account of longer rides on it soon.