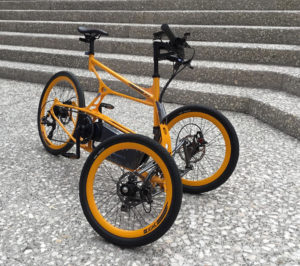 Mashable reports that a small number of Jump e-bikes should now be available through the Uber app at New York’s Staten Island and Bronx areas after being rolled out at the end of July. 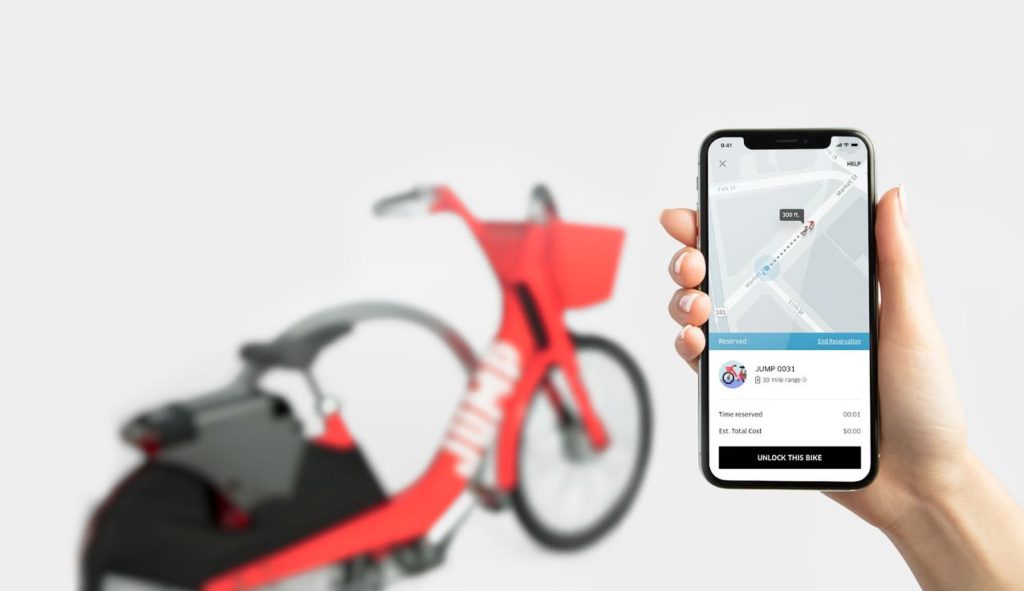 ‘Monday’s Bronx launch in the central area around Fordham University is a pilot with 200 bicycles that have a battery-powered motor that kicks in to help you pedal. Unlike New York’s Citi Bikes program run through Motivate….Jump Bikes are dockless…Jump was one of five companies selected to participate in a New York City Department of Transportation pilot program. Lime is also offering bicycles through the pilot program, and its fleet includes an e-bike. But Jump’s entire fleet is notably only e-bike.

So after a slow start for New York’s embracing of the e-bike revolution, which included the infamous and now withdrawn e-bike fine episode, it seems the city may finally be warming to e-bikes.

25% US Tariff on Chinese eBikes

Effective August 23rd, the US will impose a 25% tariff on Chinese electric bikes and kits.

Bicycle Retailer and Industry News has covered this story well “The bike industry and consumers had submitted hundreds of comments opposed to the tariff and two industry members spoke at a public hearing in Washington last month. The industry argued that the tariffs would harm suppliers, retailers and consumers, stunt the sales growth of a blossoming environmentally beneficial product, and would do little to protect U.S. e-bike manufacturers, because there are almost none. ”

There is also the potential for a 25% tariff on other bike-related products from China.

Once upon a time German bike company Storck were known as manufacturers of high quality carbon framed racing bikes. 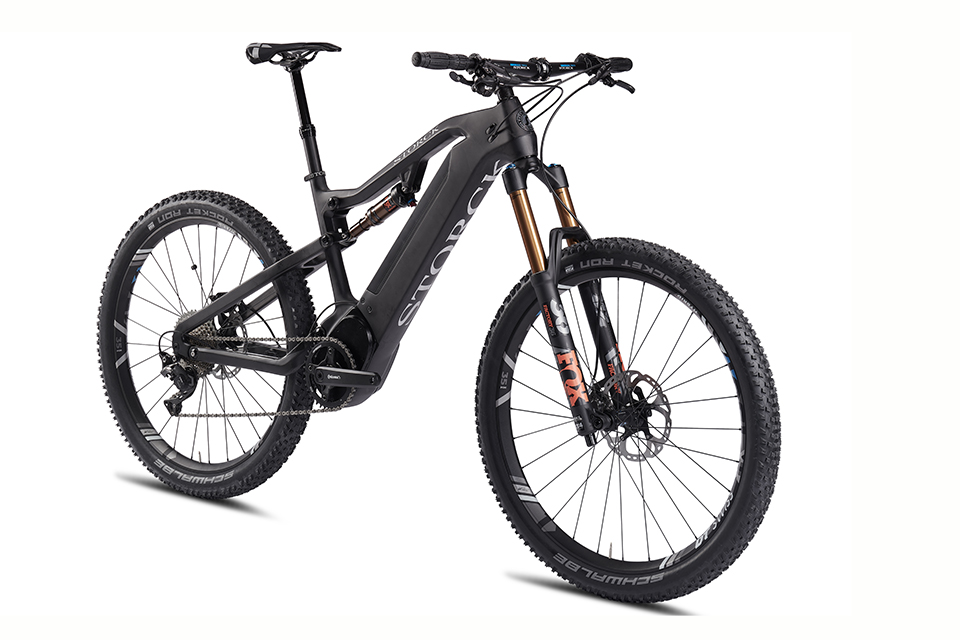 Fast forward to this summer and their 2019 model range includes three e-bikes including an interesting looking full-sus e-mtb, the e:drenalin, claiming a total weight of 46.3 pounds (21kg) – not bad for a full on e-mtb with powerful Brose style mid-drive and a whopping 600Wh battery. A little less light is the 5,699 euro price tag. 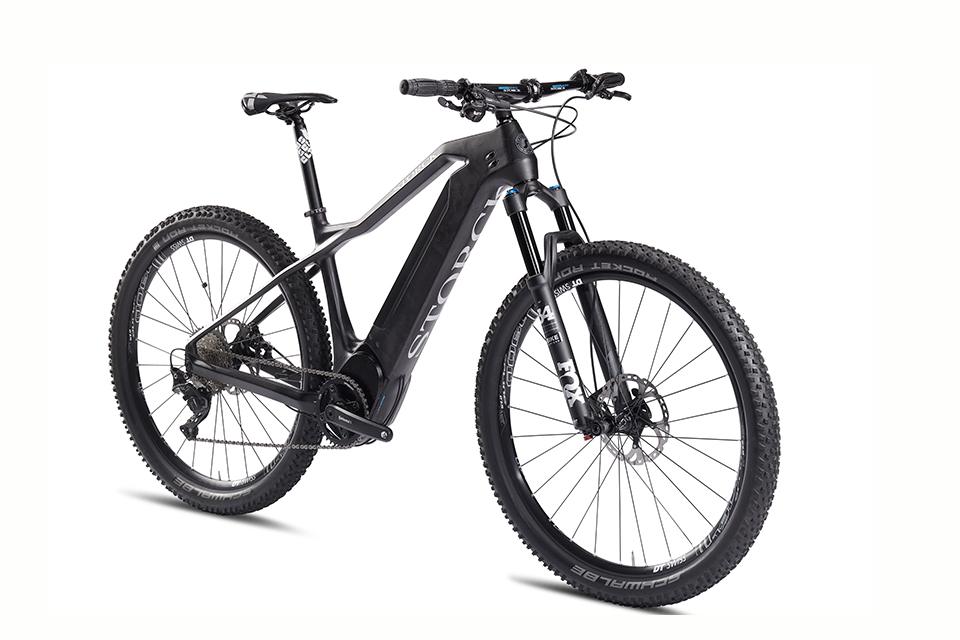 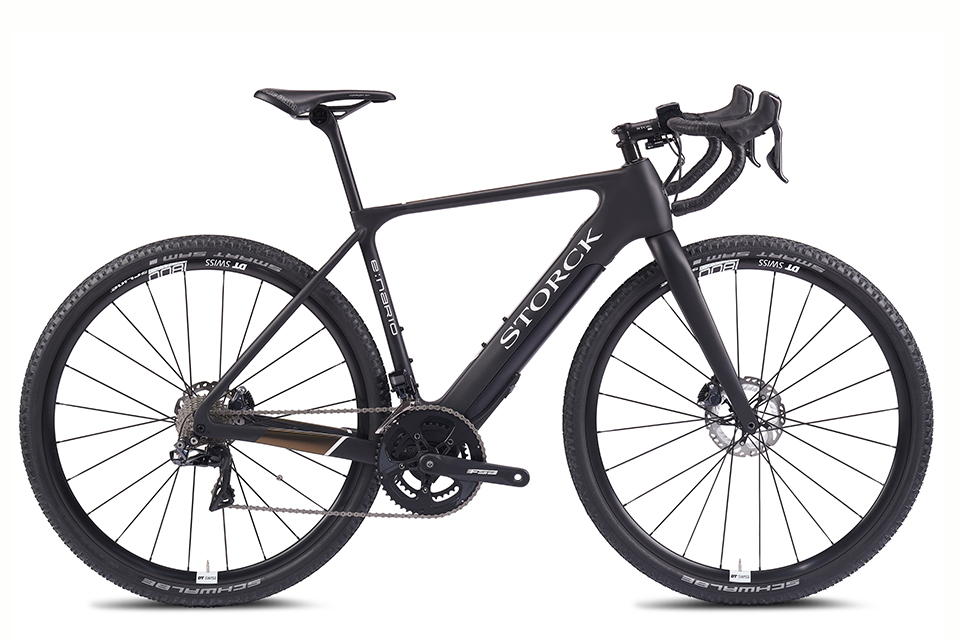 The e:nario: an e-road bike powered by the removable Fazua motor system and claiming a weight of only 27.5 pounds (12.5kg)! 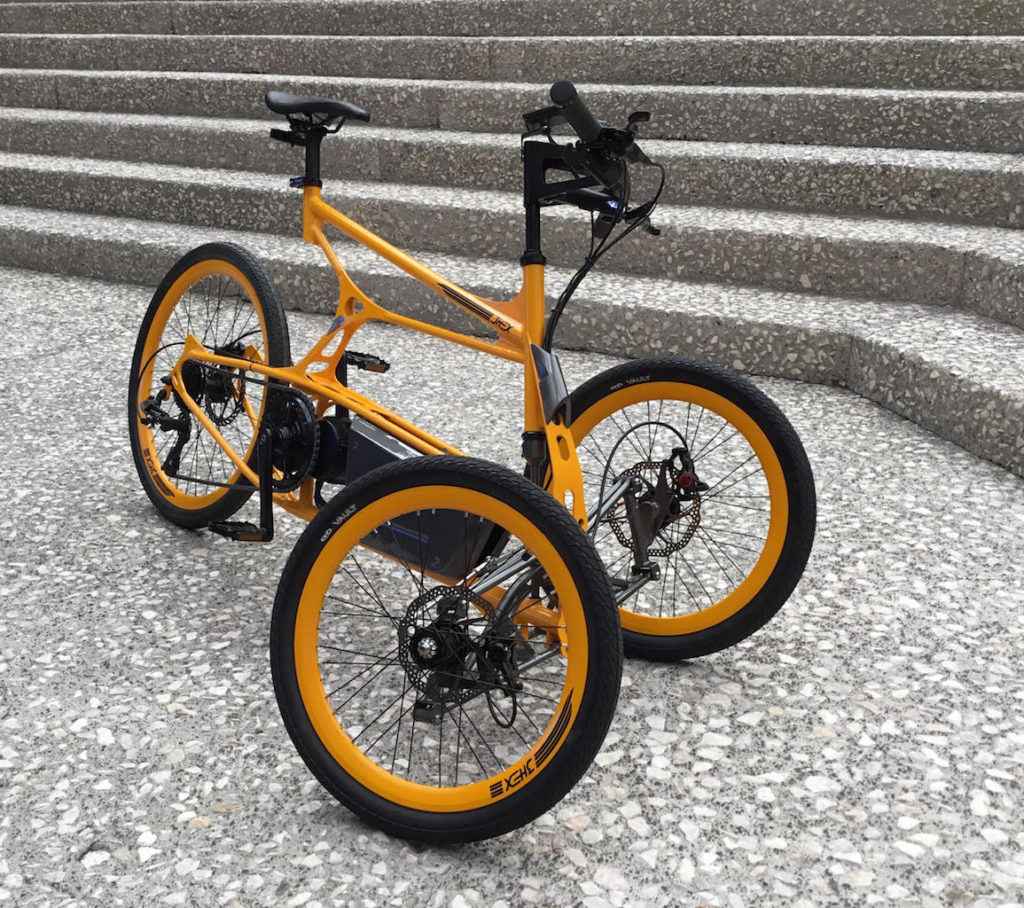 The Mastretta MX3 a tilting electric cargo trike that is focused on town/city deliveries.

Mastretta says that “It’s not a bicycle, it’s an Ultralight Hybrid Vehicle” but it is intended to be legally classified as an electric bike. 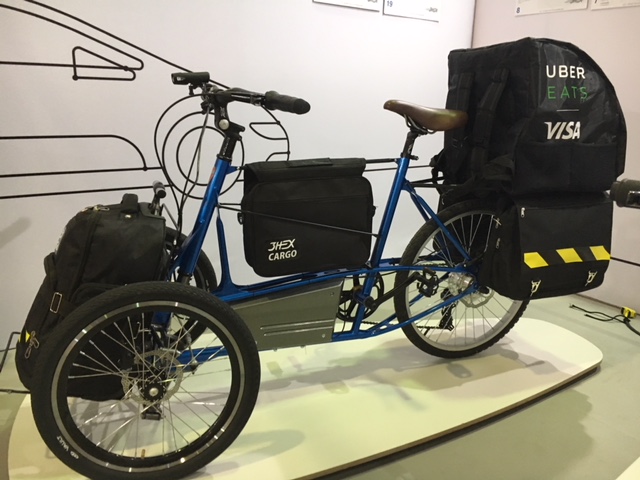 Here is a look at one of the cargo bag configurations. Mastretta says that the MX3 is “adaptable for constantly evolving powertrain eBike technology.”

Some other highlights are: 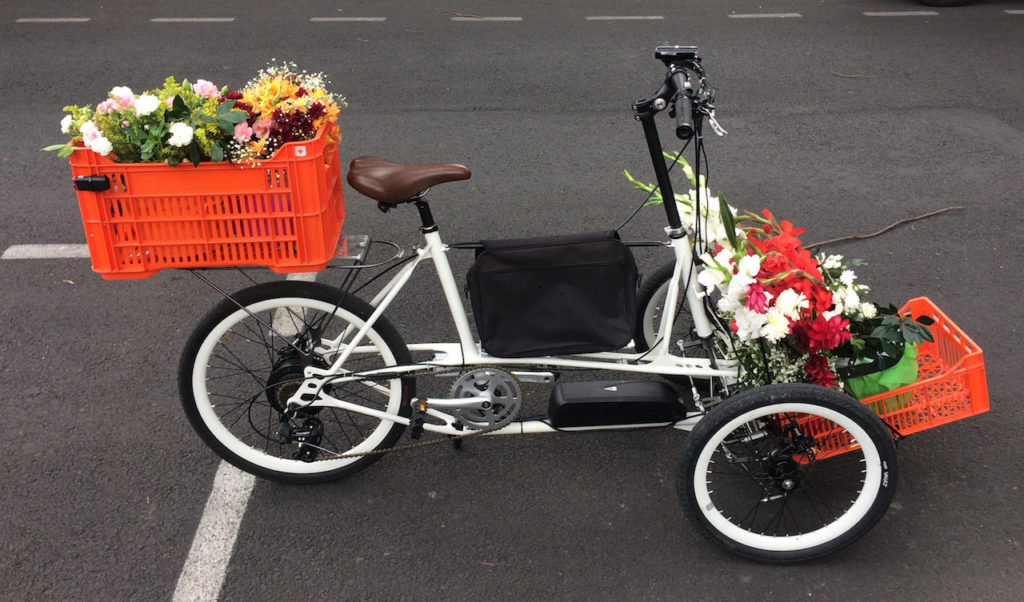 Are mid-drives that also integrate the e-bike’s gears something that will be common on the e-bikes of the future? Last week we featured Mubea who seemed to think so and this week we came across French-based firm Kerevelo who also seem to think so.

Their quartz drive integrates a frame-housed 250W, 70 Nm motor with the gearbox unit fitted around the bottom bracket area and it comes in 4,6 and 12 gear versions. The 12 gear version is said to give 545% gear range and has a stated weight of 8.6 pounds (3.9kg). 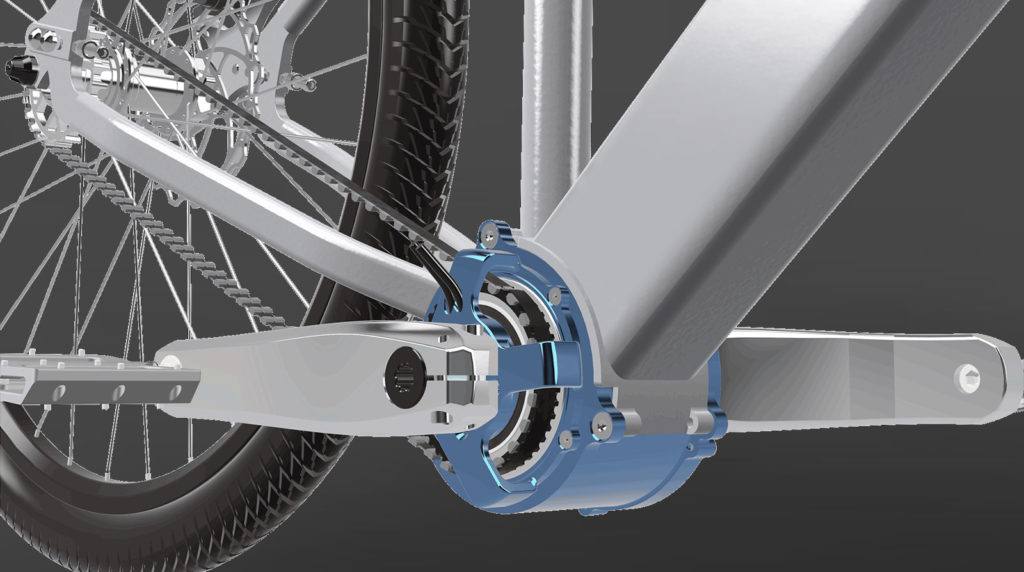 The first production run is slated for November and we will keep you posted on its progress.

According to Agogs: “We see a growing number of regular 25 km/h e-bikes being chipped to increase the speed limit which is set according to European regulation. Theoretically this could lead to a ban of electric bikes on public roads. However to meet demand of faster e-bikes we have decided to come up with a 32 km/h model. In the USA there is different regulation for electric bicycles than in the EU. In the US the maximum support is usually set at 20 mph, which is exactly 32 kilometres per hour.”

As Agogs main market is Europe it will be interesting to see how the bikes, which need extra red tape and the rider to wear a helmet in many European countries to be used on public roads, will fare.

Riding through Germany, Ukraine, Russia, Kazakhstan and China, Raf covered around 270km / 165 miles daily. This included a section in the Gobi desert where he had to cycle unassisted in order to avoid overheating the batteries!

Perhaps just as impressive is the fact the bike itself is the one Raf uses for his daily commute to work in Belgium.

“I am very happy to have won, but also not to have damaged my bike, which is quite expensive,” said Raf.

The series of races have been run since 2013 by French organisers Sun Trip to promote renewable energy, with a variety of destinations.

Silicon Valley Hits Out at Proposed Tariffs on Chinese E-bikes

This Financial Times article reports that ‘Uber, Bird and Lime have hit out at proposed US tariffs on electric bicycles and scooters imported from China, pitting some of Silicon Valley’s fastest-growing companies against US President Donald Trump. In written submissions to the US trade representative, Uber condemns the 25 per cent import duty as a “penalty tax on US companies, job creation, and consumers”, while Lime said the proposals were “misguided, and would result in increased prices for the public”. Bird said that any such move would “hurt American innovation” at a time when no alternative scooter suppliers were readily available in the US.

For more background on the detail behind the introduction of tariffs later in August see this Cycle Industry News article.

Cycling Industry News reports that ‘A last minute surge in submissions on a consultation relating to proposed mandatory insurance for electric bike users has bolstered the argument for legislative omission, believes CONEBI.’

CONEBI is the Confederation of European Bicycle Industries and is clearly opposed – like much of the e-bike industry – to the introduction of compulsory third party liability insurance for e-bikes within the EU, which many feel can only harm e-bike sales. There are still several stages for the potential law to pass through which could see the proposal to include e-bikes in a future Motor Insurance Directive withdrawn or rejected. 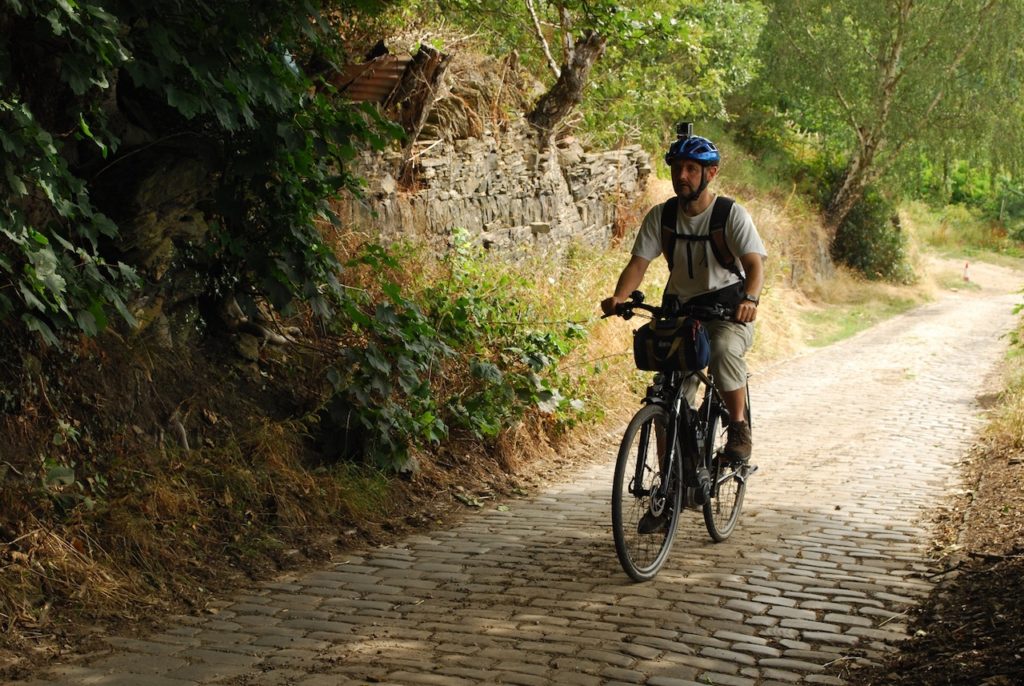 I have been out taking advantage of the still dry summer in the UK to survey some local tracks on the Raleigh Motus Grand Tour.