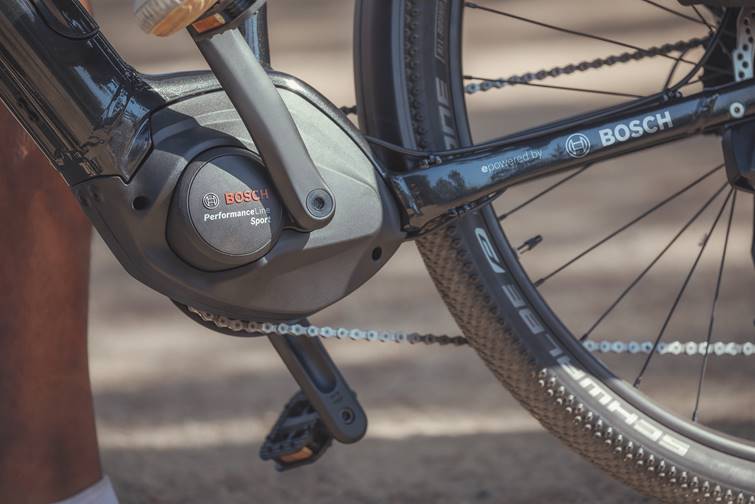 Harley Davidson to Enter eBike Market in 2021 with Serial 1 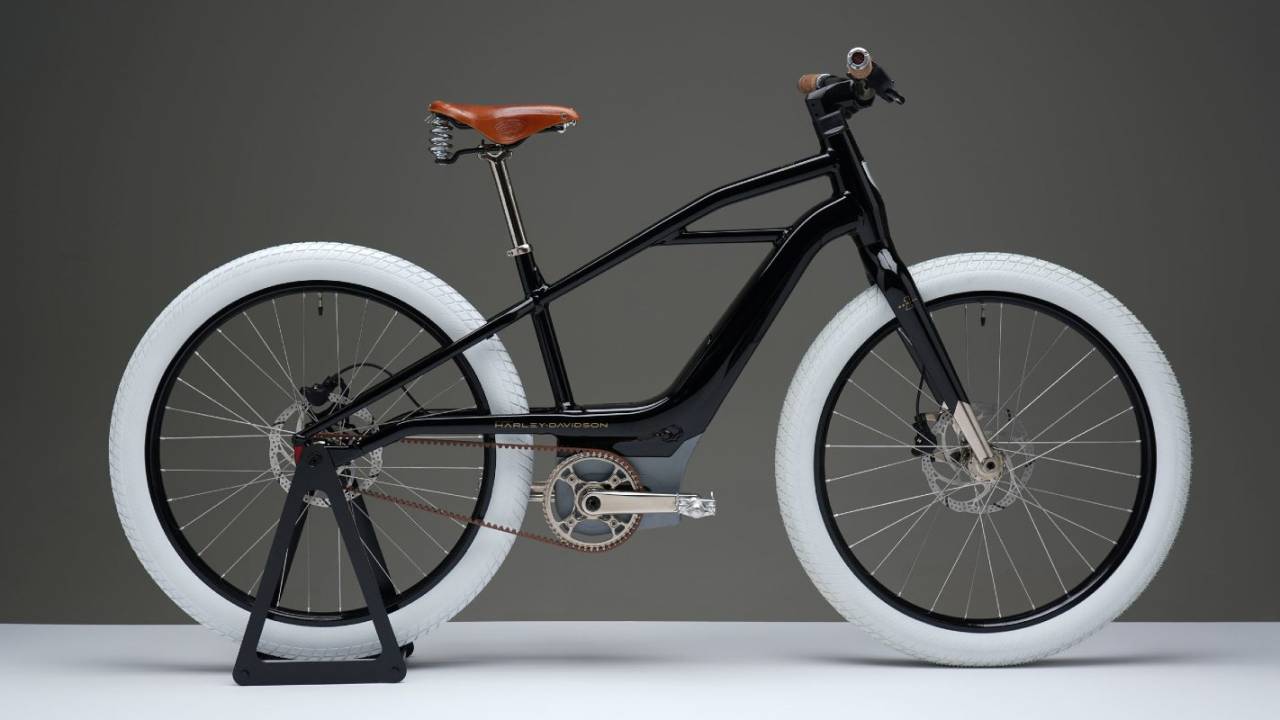 The Verge reports that ‘Harley-Davidson unveiled a stunning new electric bike that it says will go on sale in March 2021. And the motorcycle manufacturer is also spinning out its e-bike division as a separate company called Serial 1 Cycle.’ 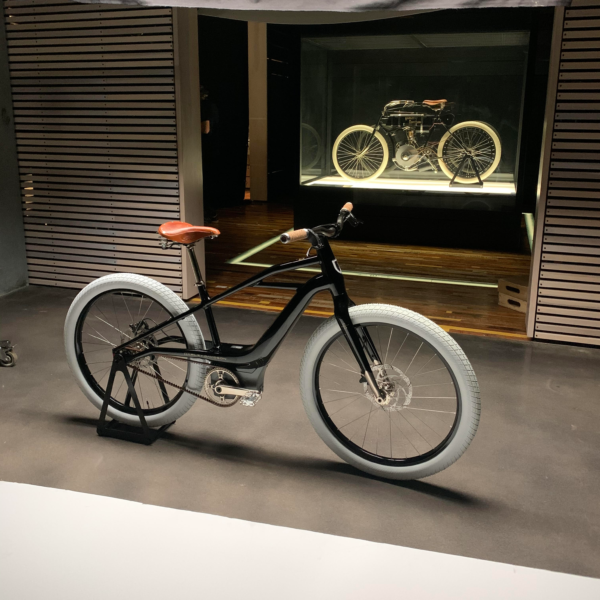 The name Serial 1 is a reference to “Serial Number One,” the nickname for Harley-Davidson’s oldest known motorcycle built in 1903 and the teaser photos show an e-bike that references their earliest motorbike in some of its detailing. There are no tech specs available as yet but EBR will bring them to you as soon as they are revealed and you can also subscribe to stay updated directly at Serial 1. 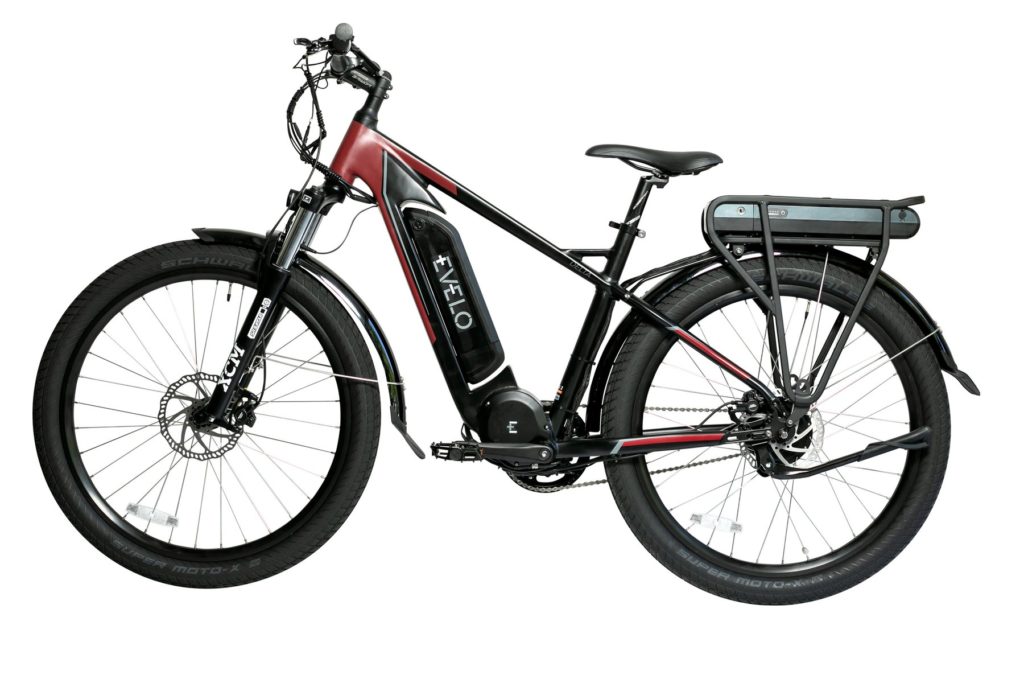 Evelo have just launched the Delta X Duo which packs a whopping 1114Wh capacity via it’s two onboard batteries, one on the frame and one in the rear rack. It also features a hugely powerful Bafang mid-drive which claims a 750W rating and 120Nm of torque. Gearing is courtesy of the Enviolo continuously variable or ‘stepless’ system. Total quoted bike weight including batteries is 73.2lbs / 33.2kg. RRP is US$4499. 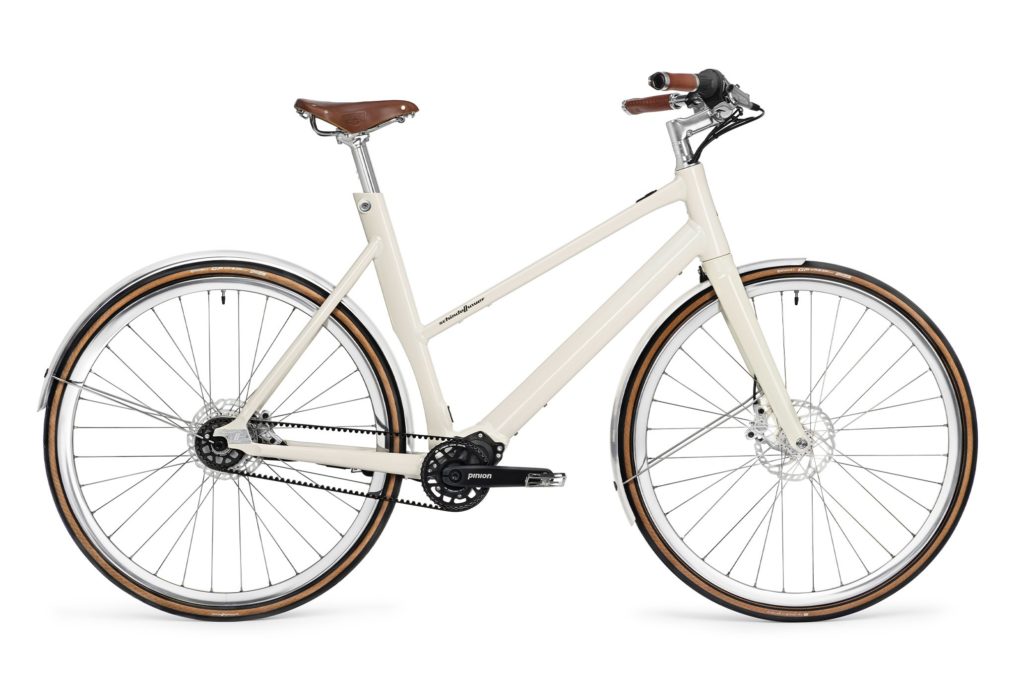 Schindelhauer are known for their clean, stylish designs, as typified by the Antonia model

Hi!Mobee Looks to Make Wearable Lights the Smartest Yet 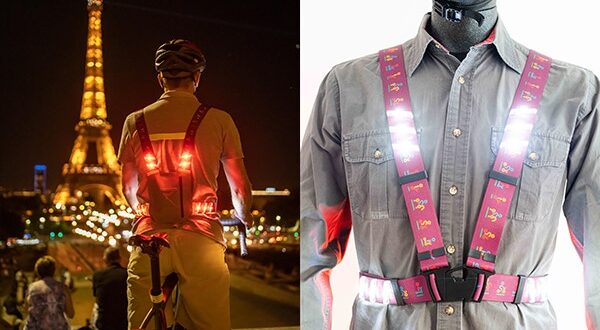 E-bikes contain some wonderfully advanced tech but the standard lighting offering is limited to a front and rear light and features such as brakes lights limited to small number of high end models. France’s Hi!Mobee are looking to take bike lighting to the next level with the launch of the ‘first ever’ smart LED bike harness – reports the UK’s Bikebiz.

According to Hi!Mobee the Weelight harness style vest is designed to be visible from 360°, day and night so the user can be seen at a minimum distance of 35m (115 feet) during the day. It also features turn signaling via a handlebar remote, while braking and emergency situation hazard lights are activated automatically by computer sensors.

There is also a Kickstarter campaign with early bird prices starting at 99 euros. 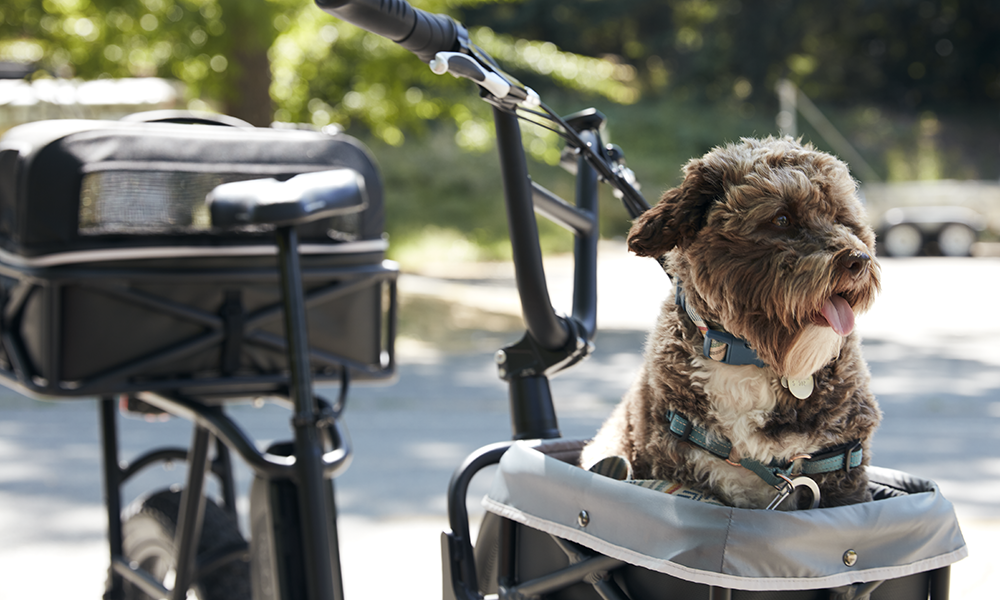 Rad Power have announced the launch of the Rad Pets Collection ‘from carriers to portable water bowls, chew toys, and kerchiefs’. 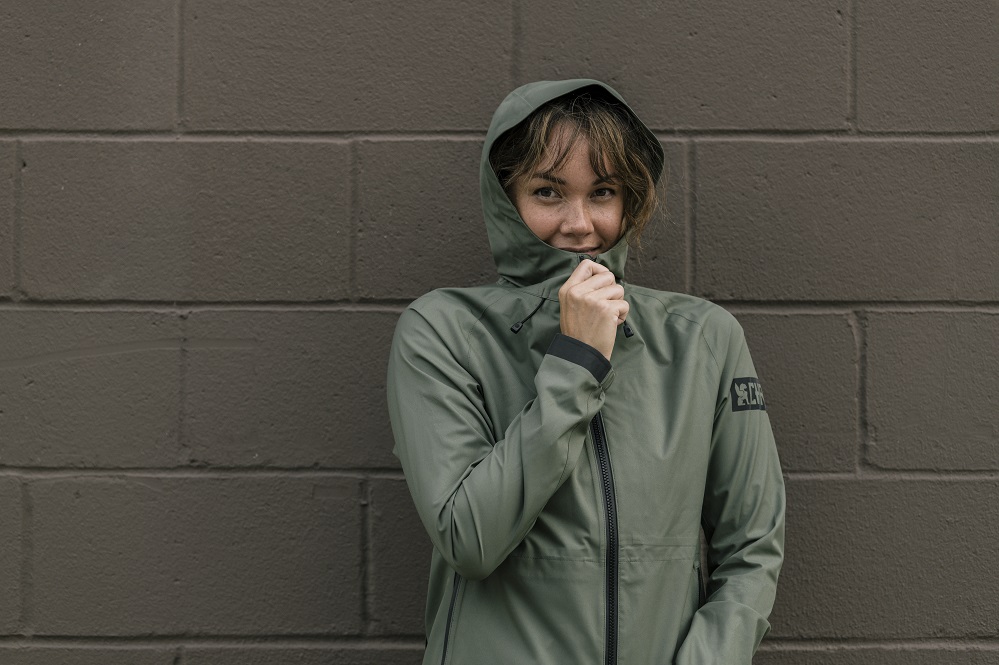 Chrome Industries, maker of high quality outdoor clothing bags and footwear, have just announced the Storm Salute Commute for women. It is constructed with waterproof, breathable stretch fabric and is fully seam-taped to help waterproofness.  The adjustable Storm Hood fits your helmet without slipping off while on the bike.

Chrome say ‘This ideal commuter jacket offers the perfect fit with an adjustable drop hem with drawcord, while the two-way zip and upper back yoke vent aid in keeping you cool. To stash your stuff, the Storm Salute Commute features a zippered interior phone pocket and back cargo pocket.’ MSRP: $185

Also check out this video on the progress being made with IMBA Trail Accelerator grants: 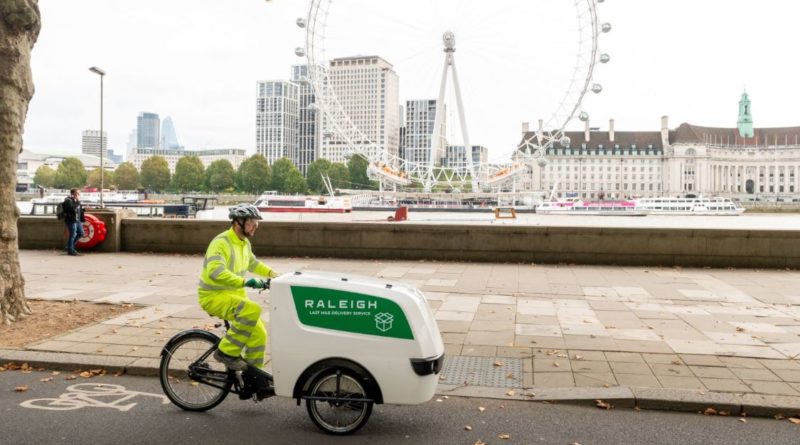 A roadworker in London using a Raleigh e-cargo bike

The UK’s Cycling Industry News reports that ‘E-cargo bikes have found their way into the hands of highways giants Ringway Jacobs and Eurovia thanks to a trial period with Raleigh, who will now ship such bikes directly to businesses interested in making the move away from vans. Designed to see if the bikes could serve a purpose within the infrastructure businesses, primarily across London where construction is rife, the two firms are utilising the vehicles to transport materials, tools and equipment between sites, as well as individuals that need fast and reliable transport from offices to sites.’

The article adds that Businesses will now be able to access the cargo bikes direct from Raleigh with delivery and training offered as well as the ability to co-brand the bikes to suit the business needs. The bikes will also be available through selected retailers, as well as online through Raleigh.co.uk or Raleigh’s cycle to work website ebikeaccess.co.uk

Micromobilitybiz reports that US e-scooter manufacturer Unagi has opened a new retail storefront in Brooklyn at at 324 Wythe Avenue, the second store the company has opened in the past few weeks, after opening its first in Los Angeles last month.

The article tells us that Unagi’s sales in New York City quadrupled between the first and second quarters this year and sales in Q2 were up 549% compared with the same period in 2019.

The Oakland, CA-based maker of portable electric scooters, raised $3.15m in seed funding recently and intends to use the funds to scale its business, with continued research and development and increased production.

Unagi make premium electric e-kickscooters, often called the ‘iPhone’ or ‘Tesla’ of electric scooters, incorporating carbon fiber, magnesium and cnc-machined aluminum, and feature dual motors totaling 450 watts with a weight of 24 pounds. Prices start at US$840 and pay-by-installments from $35.00 per month. 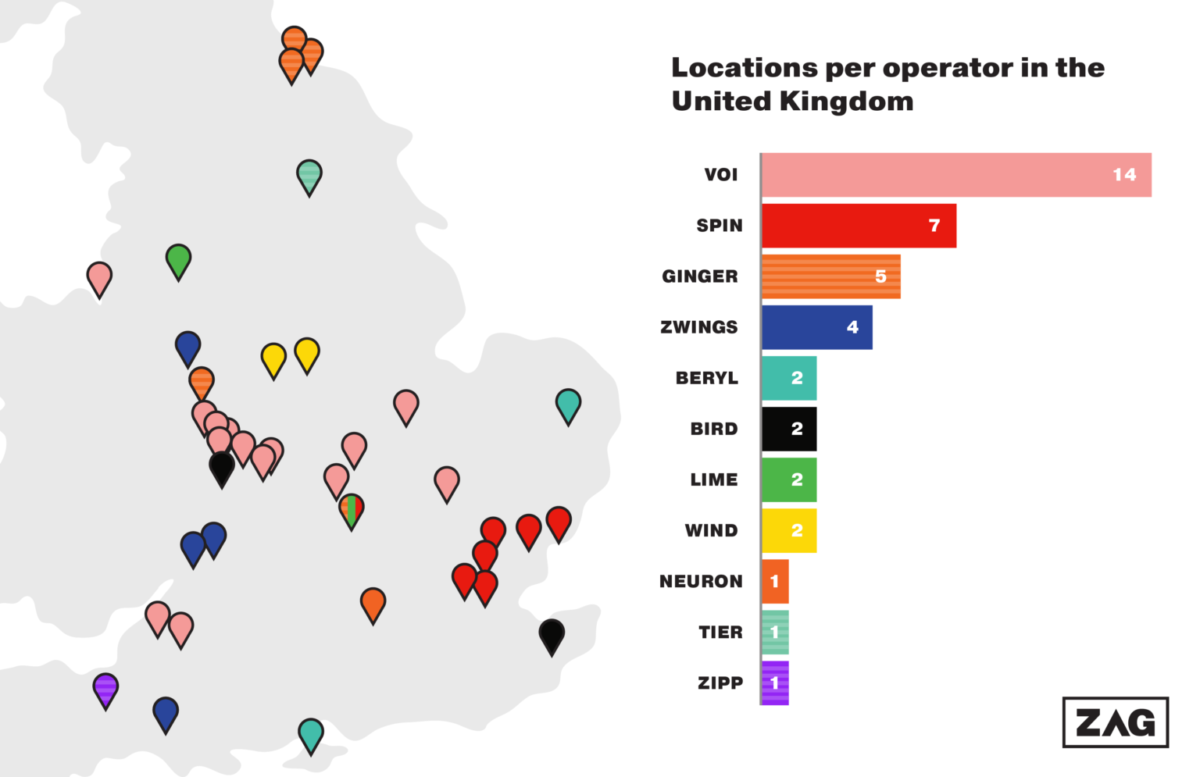 This ZAG article shows in handy map form the large number of companies involved in the ongoing UK e-scooter trials due to end next year, with most of those planned now up and running. What’s surprising, says the article, is the that ‘Tiny start-ups Ginger and Zwings have won more locations than industry stalwarts Bird, Lime and Neuron.’……’The overwhelming impression, moreover, is the opposite of that seen in more mature micromobility markets around the world, where established and experienced players such as Bird, Lime and Spin dominate and tiny players of the Zwings, Ginger and Zipp ilk simply can’t compete.’

Of course the real success of the trials will only be judged next year when the trials have ended and the UK government has decided whether to legalize public share e-scooters.

Potential European customers of the hugely successful US-based Rad Power e-bike company may have recently received the following message from them – it seems, like many e-bike companies, the massive increase in demand because of Covid 19 has caused logistical problems for them:

‘With the increased demand for ebikes after COVID-19 shook the World, keeping up with the demand has been somewhat challenging. As the pandemic is ongoing, it is leading to dynamic shifts in stock Worldwide.
We are doing all we can to support all of our customers, and to communicate details on stock availability, shipping dates, and/or delays as promptly as possible. We have employed more people to attend to customer queries, as customer service is crucial to our brand’s success.
Unfortunately we are experiencing limited ocean freight capacity from Asia to Europe. Our supply chain partners are working on obtaining larger supply quantities, to alleviate any possible disruptions going forward.’

On a similar theme this Cycling Industry News article looks into the difficulties Covid 19 caused the UK bike business, with unpredictable deliveries for 2021 bikes and e-bikes. As one UK importer put it “Order your bikes now – don’t think about it, if you think about it, someone else will get them.”

Berlin’s eBike Subscription Service Could be Heading to the US 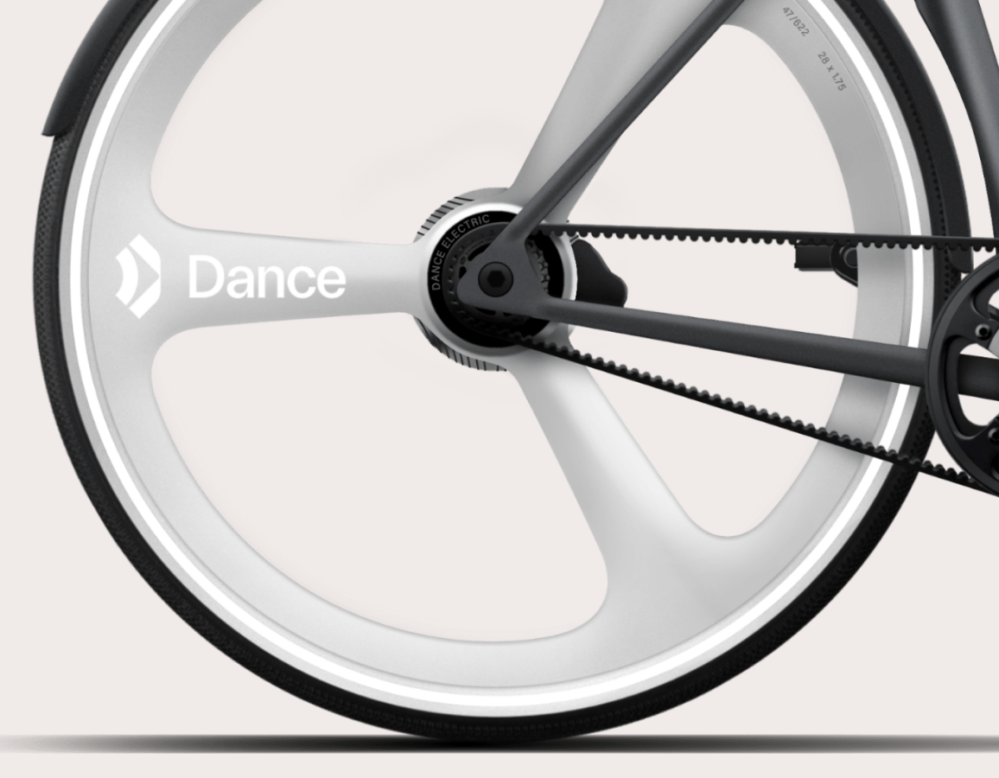 ‘Three months after the start of its pilot project in Berlin, the e-bike subscription service Dance has successfully completed a financing round of 15 million euros. The company of SoundCloud founders Eric Quidenus-Wahlforss and Alexander Ljung is now planning to launch the service in other European cities. An expansion into the USA could also follow’ reports Electrive.

It’s a service that really seems to have taken off in Berlin, perhaps not surprising as it offers no large upfront costs, instant repairs and theft protection – all areas of concern to those who might investing a substantial amount in their own e-bike. The real test of the idea will come in 2021 when Dance looks to launch its own futuristic-sounding e-bike – the Berlin trials have so far have used existing e-bike technology from third party suppliers.

LEVA-EU reports that one of the world’s biggest e-bike motor manufacturers, the Chinese Bafang, is expanding into new facilities. Already based in Germany, in the course of October 2020 Bafang are moving to Hövelhof, a few kilometers south of the previous location, but with considerably more space and new testing equipment is already on order.