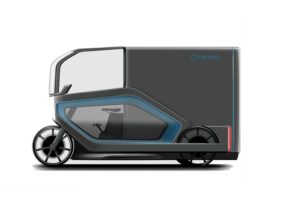 Tretbox – the eCargo Trike of Tommorrow?

There is increasing talk about e-vehicles that can bridge the gap between what we would recognise e-bikes and larger motor vehicles like cars and lorries. Meet one of the latest, Tretbox , a startup from Germany. 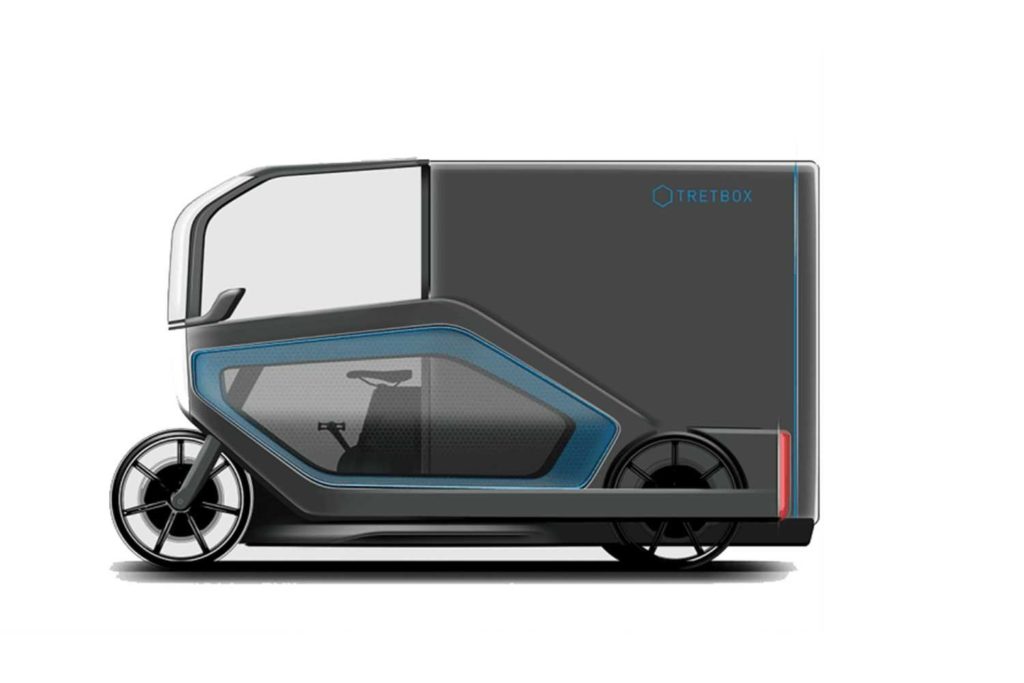 It’s not just an electric vehicle for delivery, aimed at replacing commercial delivery vehicles, but also a vision to create an allied network of hubs (which sound a lot like depots).

Whilst detail is scarce, it also sounds as though, legally speaking, the Tretbox is classed as a regular pedelec, allowing it to use bike lanes, whilst fulfilling many of the functions of a small delivery vehicle that might more normally be found on the roads.

It has a claimed carrying capacity of up to 200kg, other key advantages being full rain protection and quick and loading and unloading.

There appears to be some serious business muscle behind the project too, with one of the seed-funding partners being Volkswagen. 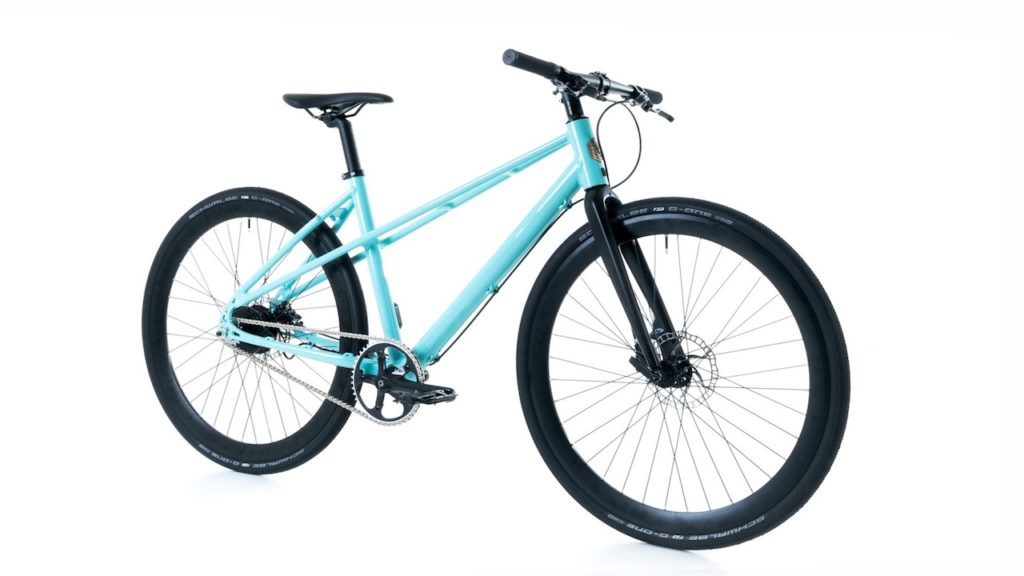 The Hawk is a single speed weighing in at around 31 pounds/14kg whilst the multi-gear Bilberry is also designed to have more carrying capacity and weighs in at under 39 pounds/17.5kg. 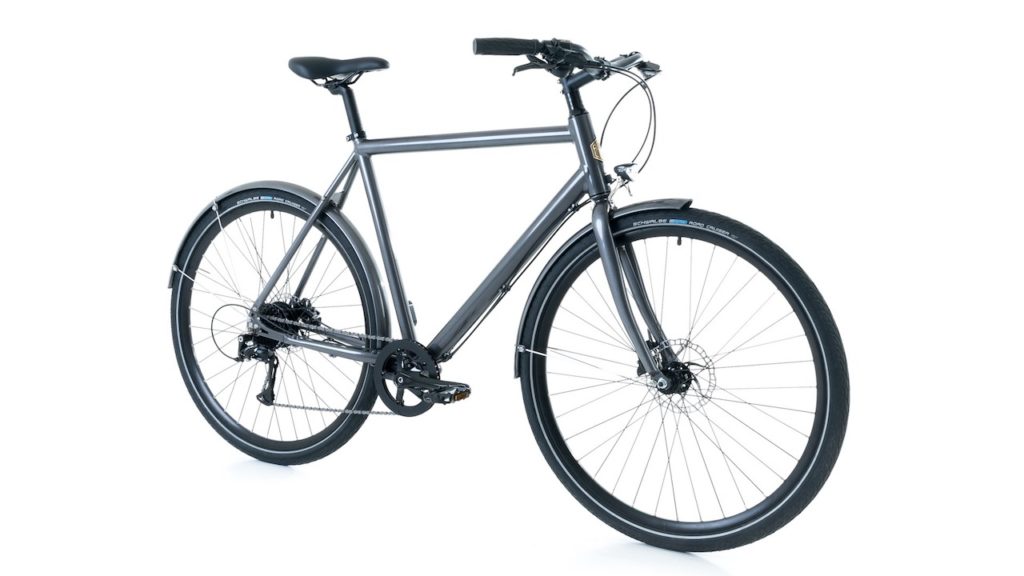 Most distinctively all Ampler bikes have battery and electronics integrated into a conventional looking bike frame. Prices start from €2190.

We’ve previously reported on Momentum Electric’s VIT-S Kickstarter launch of what claims to be ‘the most powerful legal electric bike’. 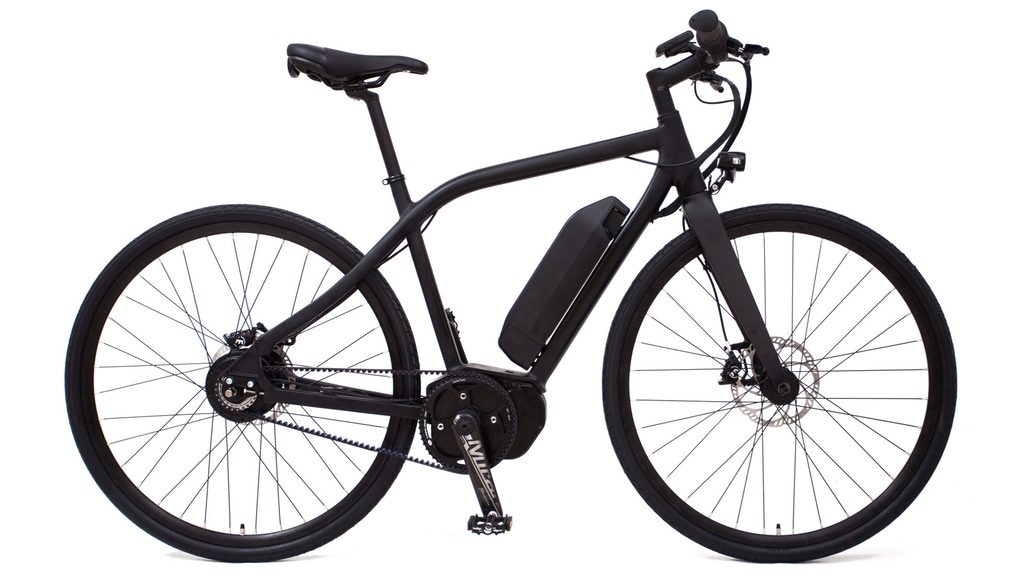 The good news is that it will now be coming to market after being fully funded on Kickstarter.

It’s that time of year when 2017 retrospectives abound and German-based e-mtb specialists EMOUNTAINBIKE MAG have picked their top e-mtbs of 2017. No surprises in terms of the motors used – but newcomer Rockymountain Altitude Powerplay Carbon is perhaps the real breakthrough model, with its own brand motor.

Lots of handy industry info here in this BRAIN press report on the recent PeopleForBikes E-bike Summit in Irvine California. In it we learn that 1,500 to 2,000 dealers out of around 3,900 bike shops throughout the US sell e-bikes.

There’s also good analysis on the typical US e-bike purchaser and an update on e-mtb access. 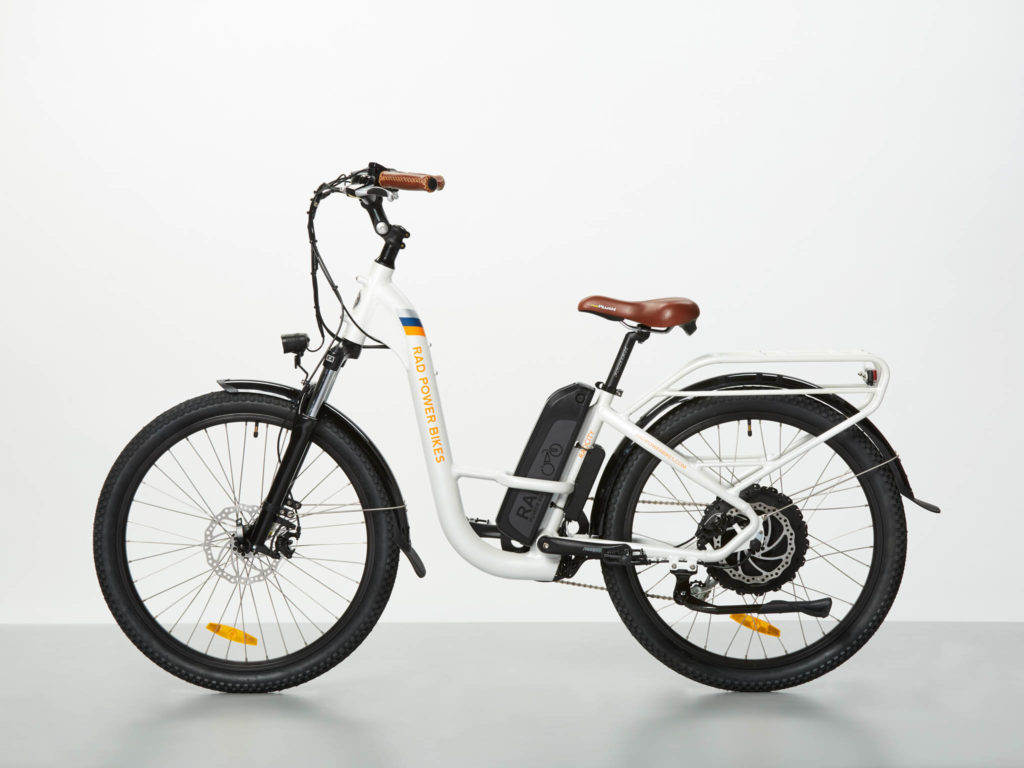 “It’s an honor to be recognized by Entrepreneur magazine as one of the best entrepreneurial companies in the country,” said Mike Radenbaugh, CEO of Rad Power Bikes. “We founded Rad Power Bikes and set out to change the world for the better. Our robust new 2018 lineup is helping usher in a paradigm-changing shift towards sustainable, zero emissions urban transportation, while also easing traffic congestion and urban parking shortages. That’s a worthwhile mission that has clearly evoked the entrepreneurial spirit throughout our entire organization.”

The beautiful German city of Passau is offering a 200 euro subsidy to local resident ‘Passauers’ within certain limits; the offer is limited to one e-bike per household, it only applies to new e-bikes and will not extend to S-Pedelecs.

Companies can receive 400 euros in funding if they get an eCargo bike, with up three eCargo bikes subsidized per company. It’s all subject to an overall budget of 20,000.

Bike Europe reports that the Indian government has started promoting e-mobility to combat high pollution levels. It’s not just about e-bikes though; the article says it’s government attitudes that have triggered “companies like Okinawa Autotech to invest millions in this potentially huge market. Electric scooter venture Okinawa Autotech is to invest USD 30 million in next three years.”

Idaho state capital Boise has passed a law allowing certain classes of e-bike to ride on sidewalks and elsewhere. Here’s a summary of the changes from the Idaho Statesman.