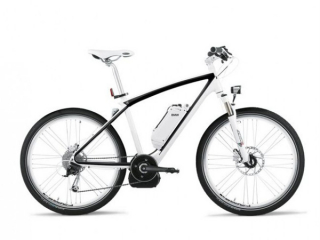 BMW is another car manufacturer that has jumped into the electric bike scene!  Here is the BMW Cruise electric bike that is powered by the 250 watt Bosch electric bike kit. The bikes will initially be released in the German market and maybe if things go well it will expand beyond that.

Stromer is launching their ST1 Elite ($3,499) and ST1 Platinum ($3,999) electric bikes in the US market this year. To celebrate the launch they are holding a sweepstakes where some lucky person will win a Stromer ST1 Elite!  Here is a video of the 2 Stromer ST1 bikes:

EVELO electric bikes is holding a 30 day electric bike challenge where participants will exchange their car keys for an electric bike to ride for 30 days!  Currently the challenge is set to take place in at least 10 cities:  Austin, Boston, Chicago, Miami, Minneapolis, New York, Philadelphia, San Francisco, Seattle, Washington DC, and more to be announced soon.  Find out more about the challenge!

Speaking of videos, here’s a story about a local businessman in Madison, Wisconsin who recently opened his own electric bike shop called Len’s Electric Bikes.

Electric bikes are becoming more popular in the Pacific Northwest!  Here’s a good article on the electric bike scene in the Seattle and Portland areas. 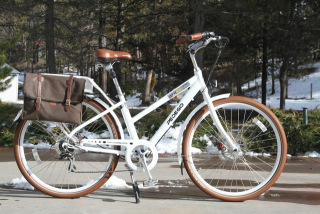 Speaking of reviews, the eFlow E3 Nitro electric bike just arrived for testing and review. Here’s a picture of it out on the road!  And here is a video covering the features of this unique e-bike:

What is the BikeSpike?  Well it’s a GPS enabled device that will allow you to track your bike on your smartphone (iPhone, Android) in case it’s stolen. You can even grant access to police so they can track and recover your bike!

Electric bikes are making some waves in the traditional bicycle industry.  This year electric bikes will be featured at DealerCamp.