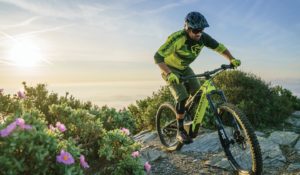 Psychiatrists in Scotland could soon be able to prescribe an electric mountain biking (eMTB) course to help their service users’ mental health.

A pilot programme is underway in the Scottish Borders run by the organisation Developing Mountain Biking in Scotland (DMBinS) where seven service users used traditional MTBs and three eMTBs.

The course was developed when a mental health team, the Scottish Borders council and DMBinS got together to discuss how MTB riding could be incorporated into mental health treatment.

Graeme McLean, DMBinS Project Manager, told Electric Bike Report, “The idea of green exercise prescriptions has been in Scotland for a little while, and as part of the National Strategy for Mountain Biking that we run, we look for opportunities to work with the National Health Service (NHS).”

The evidence that mental health can be improved by outdoor exercise is overwhelming, with studies time and again showing that even the most distressed people can benefit with a good blast out in the countryside.

People with these conditions who live in the Scottish Borders area are blessed in this regard with its stunning, undulating countryside and forests.

Here is a video of mountain biking in Scotland from DMBinS:

Originally the group of 10 were supposed to all be on traditional MTBs, but McLean explained, “One of the participants had a heart condition and two others didn’t feel they were fit enough to keep up with the group. A local bike shop had a very good hire fleet and a number of demonstration eMTBs. They allowed us to use the machines for free.”

This support from the bike shop was great as the eMTBs cost in the region of US$110 a day to rent out to the general public.

The eMTB riders were part of the group and the support from the 250W crank drive motors enabled even the person with the heart condition to participate fully on the course at the internationally renowned mountain biking centre at Glentress near Peebles.

The course was run jointly with the mental health trust’s occupational therapist who incorporated her teaching into the physical course where the participants were otherwise learning MTB skills.

In this way they were challenged mentally and physically – learning to surmount mental and physical hurdles as they rode on the different routes at Glentress.

McLean: “For the first session we did basic skills training in a car park and then built them up through the green trails and red trails. On the last week we moved the bikes right up the hill to really test them.” 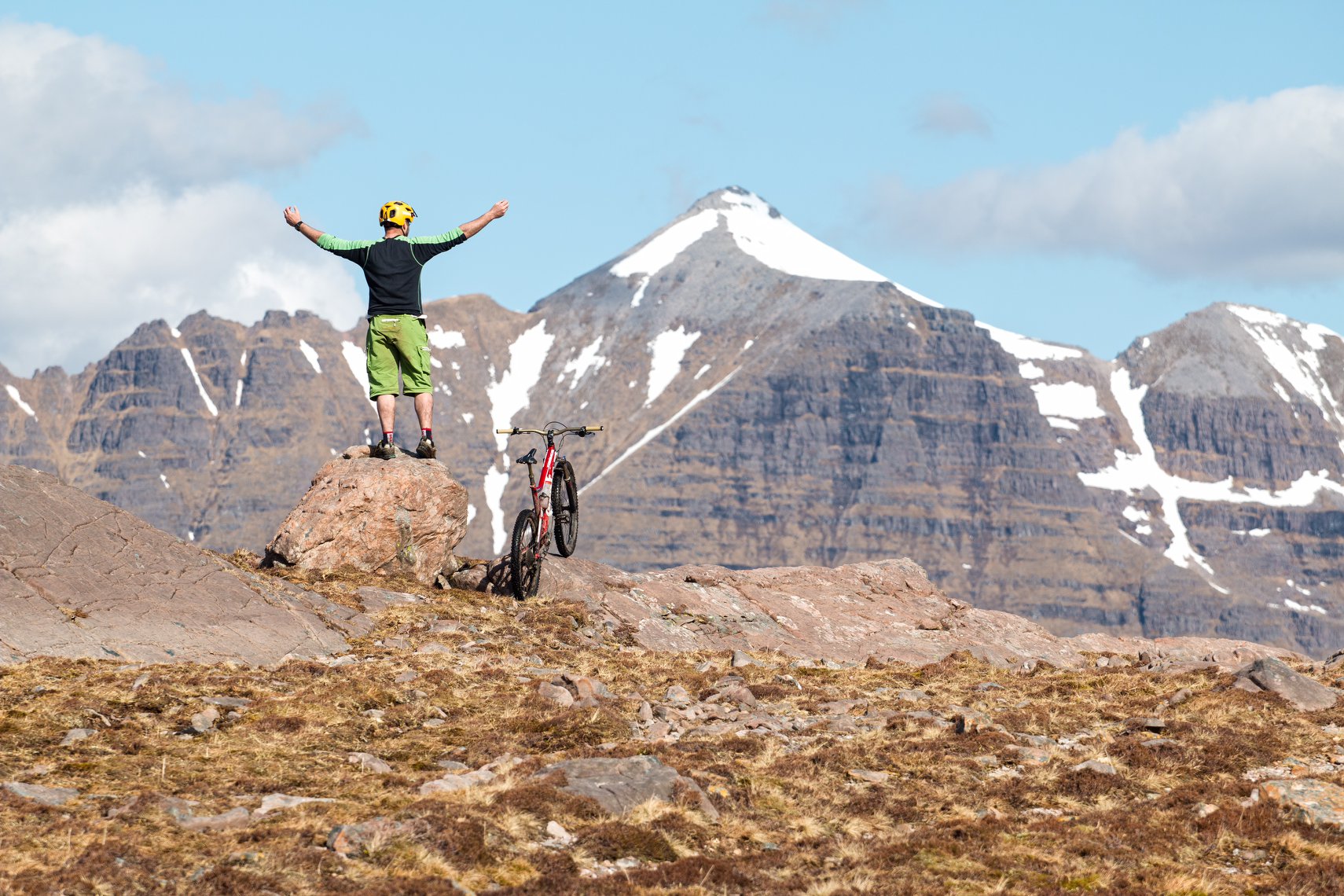 In order to get the NHS to pay for courses like this to be rolled out across Scotland, there has to be sound evidence.

This is why DMBinS brought in a research team from Edinburgh Napier University who ran interviews with the staff involved as well as, in the coming weeks, the service user participants.

McLean pointed out that the bureaucracy in organising the pilot was problematic, with it taking 11 months to get through the NHS Ethics assessment alone!

While not part of the measurement, the initial feedback from the participants was very positive. Here are some comments from them:

“It’s just the feeling of the wind in your hair.”

“I woke up this morning feeling rubbish, now – after mountain biking – I am feeling good about myself and ready for the week.”

“I had a crap weekend, but I am back smiling now.”

“You don’t think it’s therapy – but it really is – and it really works for me.” 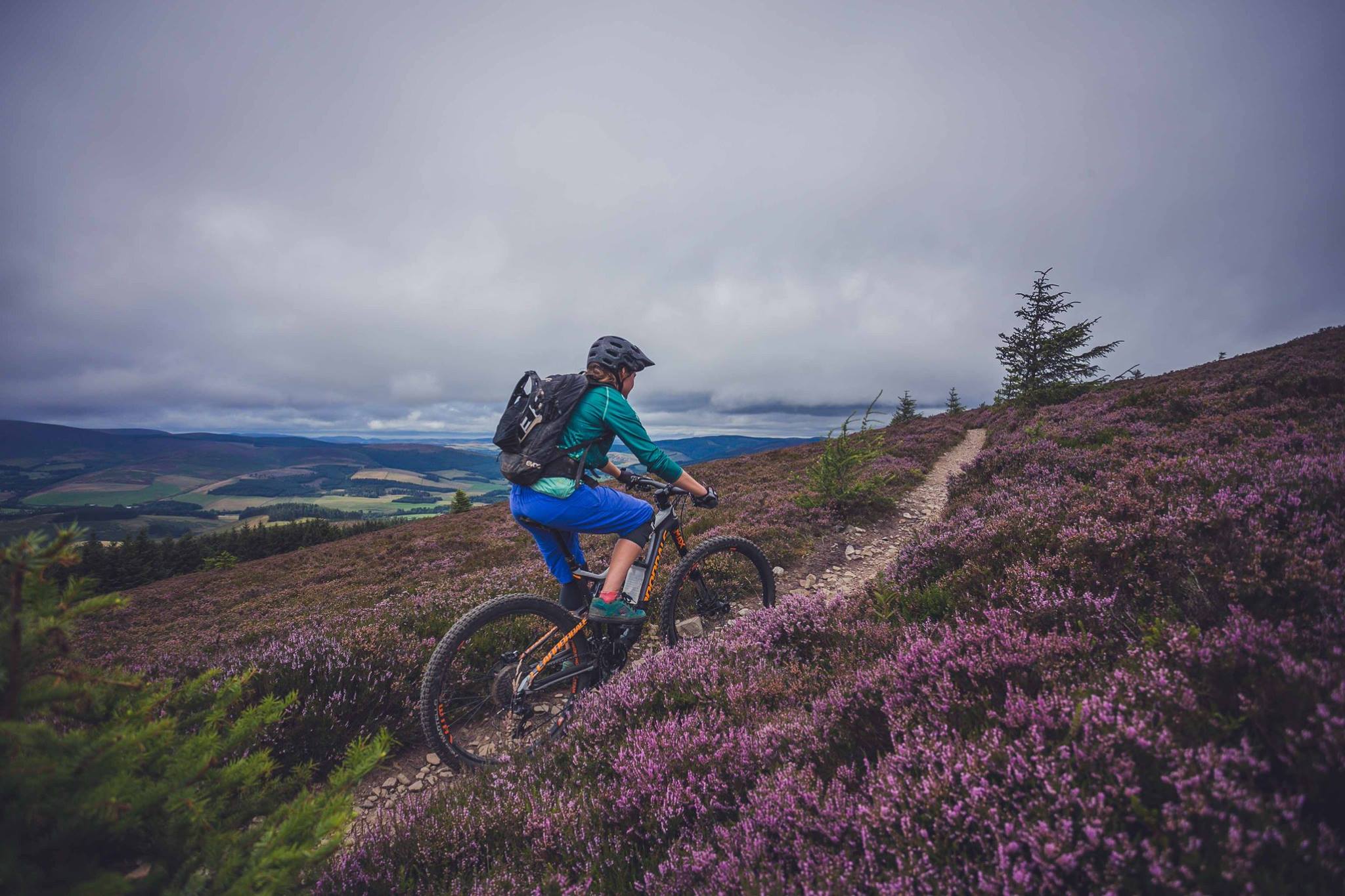 eMTB is not a sport that is available to those who are on low incomes.

This is unfortunate as all those who rode eMTBs really wanted to get into it at home.

Those on sickness state welfare benefits might only have $120 a week to live on and as indicated above to even hire an eMTB would cost close to a week’s income.

McLean leavened this by saying, “Some of them are looking into getting e-bike conversion kits,” but even so these can cost close to $700 for a Bafang kit.

The Scottish government has a scheme where those who want an e-bike can take out an interest free loan of up to $8,000 but this does come back to these people being on low, fixed incomes for whom luxuries are not an option.

Even so McLean hopes that this will succeed and that people with mental health problems can be prescribed a mountain biking course in the future.

This could mean that financial accessibility issues are allayed as people can continue their medical prescriptions with their riding paid for by the health service.

McLean for one says, “I would definitely like to work with the same participants again, but there is room to move beyond mental health into other areas of health provision too.”

He leavened this by saying, “Rather than put it in every NHS district in Scotland we need to be a lot more ground up.”

Essentially this would mean that the course is offered where occupational therapists are keen themselves to get involved – without staff sign up this could be a bit of a white elephant. 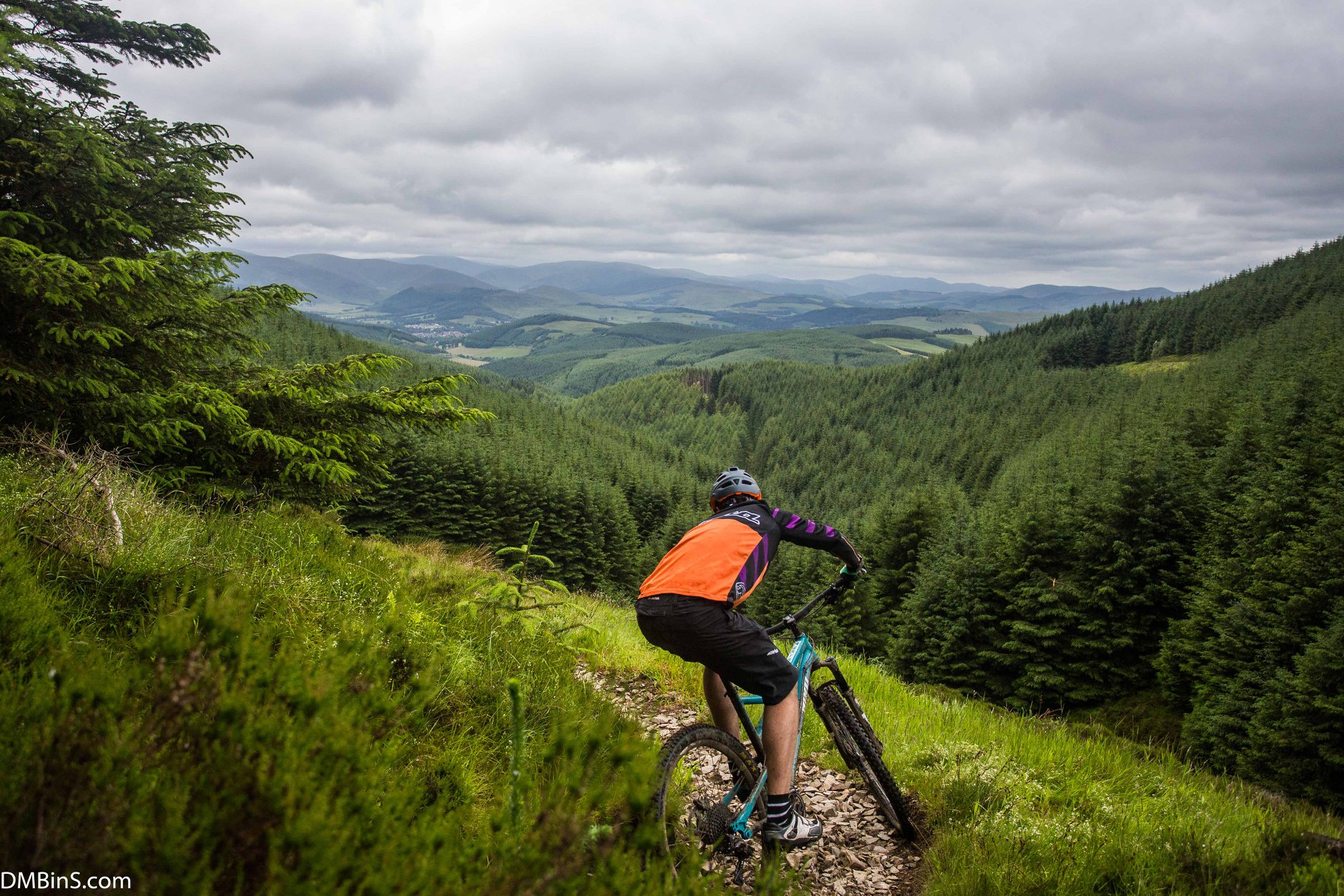 Could This Go Beyond Scotland?

Where there is a national health system paid for out of taxes, there is every reason that green prescriptions for people with mental and physical health conditions could really benefit from riding out in their local hills and mountains on eMTBs and indeed, on e-bikes in general.

I speak as someone who had a serious breakdown in my 20’s and who recently bought a Haibike eMTB for cross country riding close to home – riding is a real buzz and that buzz can last for several days after a ride. It’s also the sort of buzz your psychiatrist likes and won’t chuck you in hospital for enjoying too much!