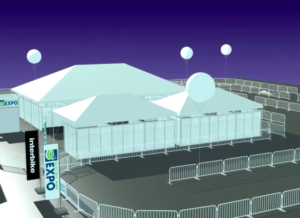 As a way to promote the electric bike industry in the U.S., Extra Energy Services NA (EESNA) has a launched a multi-city e-bike test track tour named “The Electric Bike Expo”.

The Electric Bike Expo will be several weekend long events in 2016 featuring an e-bike test track in various cities to encourage the general public and potential e-bike dealers to learn about and experience electric bikes first hand.

“The best way for people to truly understand what an electric bike is all about is to provide them with the ride experience. That is why we are taking electric bikes to the people.” Ray Verhelst, President of EESNA.

The demo electric bikes will be available from e-bike brands and e-bike dealerships from around the U.S. and world markets. This will provide riders with the ability to test multiple e-bikes in a short amount of time and compare them on identical riding conditions.

In addition, there will be e-bike components and accessories that will be available for testing. 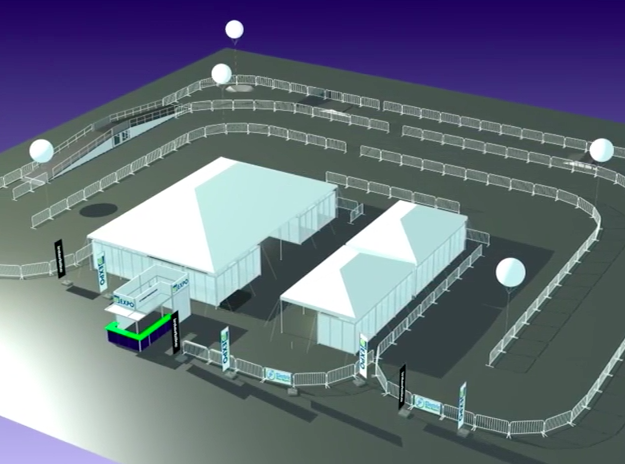 The test track will consist of a fully fenced track with enough variety of terrain to get a good feel for each e-bike. 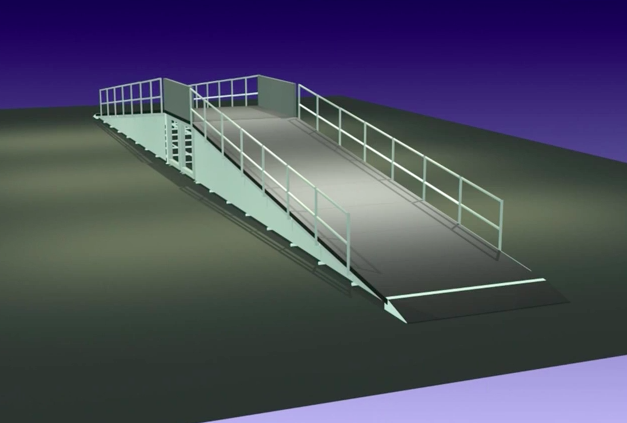 A “hill” structure will be available for testing the hill climbing of each bike in addition to testing it’s descending characteristics. Straight-aways will test the acceleration and top speed while several corners will help riders determine how each bike handles. There will be an optional terrain lane with small hills, bumps and banks to further test the handling and suspension of some e-bikes. 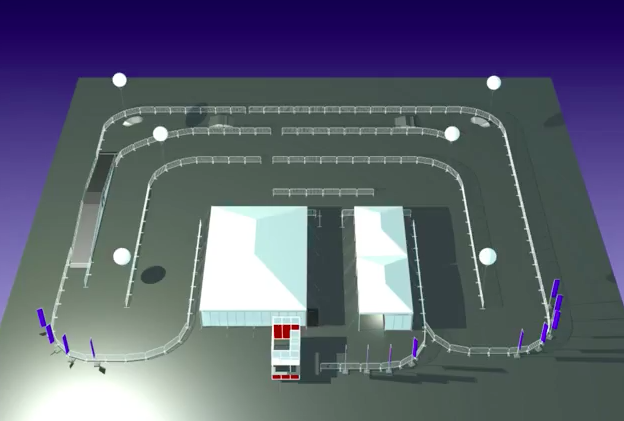 The unique floating globes are 2m helium- filled LED lights that allow riders to test into dusk with a soft, even glow over the entire track.

Here is a video with an overview of the track:

A central location of the track will have booths for brands and dealers to set up their electric bikes for riders.

This is the 2016 schedule and locations so far:

January: Tempe/Scottsdale, AZ: In conjunction with the 2016 Interbike IBD Summit

April: Mountain View, CA: In the heart of Silicon Valley adjacent to Google, Facebook, LinkedIn, and many other corporate headquarters

May: to be announced

In addition to offering a professional and safe test riding experience, The Electric Bike Expo will be gathering market information from all attendees to further understand the growing U.S. electric bike market and consumers preferences.

Each Electric Bike Expo event will be promoted locally and nationally through a variety of marketing strategies to maximize local attendance and media exposure:

Electric bike and related companies interested in participating and/or sponsoring The Electric Bike Expo should contact William Sell of EESNA at: [email protected]

The Circuit at Interbike

To kick things off in 2015, EESNA will manage and promote a similar test track called “The Circuit at Interbike”. Interbike is the largest bicycle trade show in the Americas and will be held at Mandalay Bay Convention Center September 16-18, 2015.

“The Circuit at Interbike” is an indoor test track that will have very similar design elements to The Electric Bike Expo test track. It will be available for attendees of Interbike to test electric bikes in addition to conventional bikes (non electric bikes).

The Interbike tradeshow is only open to those who work in the bicycle industry on September 16 and 17, but on September 18th it will be open to the general public. This will be a great opportunity to see the new electric bikes on the Interbike show floor and spend some time test riding them on “The Circuit”.

EESNA will be working with the non-profit group PeopleForBikes and the Interbike team to create e-bike educational seminars that will cover industry trends, technical, and small business development focused on the growing the electric bike dealer network throughout North America.

Electric bike and related companies interested in participating and/or sponsoring The Circuit at Interbike should contact Andria Klinger at: [email protected] or 949-226-5745

Ray Verhelst (EESNA President) will use his many years of experiential marketing and event development skills, along with in-depth knowledge of e-bike engineering to create and manage these high quality electric bike riding experiences.

William Sell (EESNA Sales Officer) is a recognized leader in the promotion and production of large-scale conferences and trade shows around the world. William’s career highlights include being Vice President & General Manager of COMDEX in Las Vegas.

Sascha Nachtnebel (EESNA Technology Officer) will be bringing his technical expertise to manage the online and data collection components of EESNA events. Sascha is the CEO and Founder of Greenfinder.de, a powerful online electric bike comparison tool. Sascha will develop a new digital consumer market research tool to capture data from the thousands of expo attendees and tens of thousands of online readers.

Electric bike and related companies interested in participating and/or sponsoring The Electric Bike Expo should contact William Sell of EESNA at: [email protected]

Electric bike and related companies interested in participating and/or sponsoring The Circuit at Interbike should contact Andria Klinger at: [email protected] or 949-226-5745.