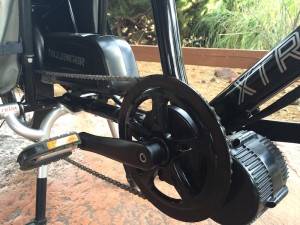 After putting on some miles and doing a full range test, the results are in on the Dillenger Bafang mid drive electric bike kit!

Overall, the Dillenger Bafang mid drive kit is one of the more refined systems that can be installed on almost any bike. 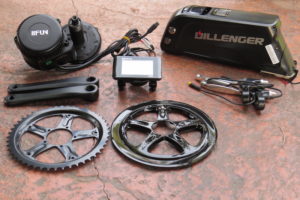 The Bafang mid drive from Dillenger Electric Bikes has arrived for testing and review!

Bafang offers one of the few mid drive electric bike kits that can be installed on a traditional bicycle.

A lot of the mid drive systems (Bosch, etc.) only come on complete bikes with a specialty frame.

This system from Dillenger is the 750 watt version of END_OF_DOCUMENT_TOKEN_TO_BE_REPLACED 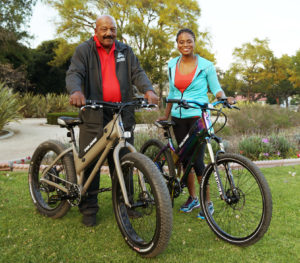 Yuba Bicycles is hitting the road to promote electric cargo bikes!  “The goal is to give parents, small business owners and others the chance to test an e-bike in their community so they can understand how these car-replacing bicycles can END_OF_DOCUMENT_TOKEN_TO_BE_REPLACED