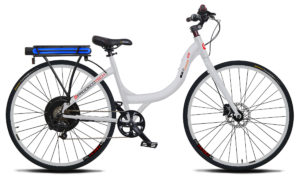 ProdecoTech has just launched 2 new economically priced electric bikes that are being sold at Dick’s Sporting Goods stores around the U.S.

In addition, these new 400 series eBikes are assembled at the ProdecoTech facility in Fort Lauderdale, Florida!

These bikes have been rolled out in select Dick’s Sporting Goods stores and they will be available in all of their stores in the next couple of months.

The new economical 400 series eBikes add to the line up of ProdecoTech eBikes that Dick’s Sporting Goods sells.

Below are some of the highlights from the Stride and Phantom 400 series eBikes: 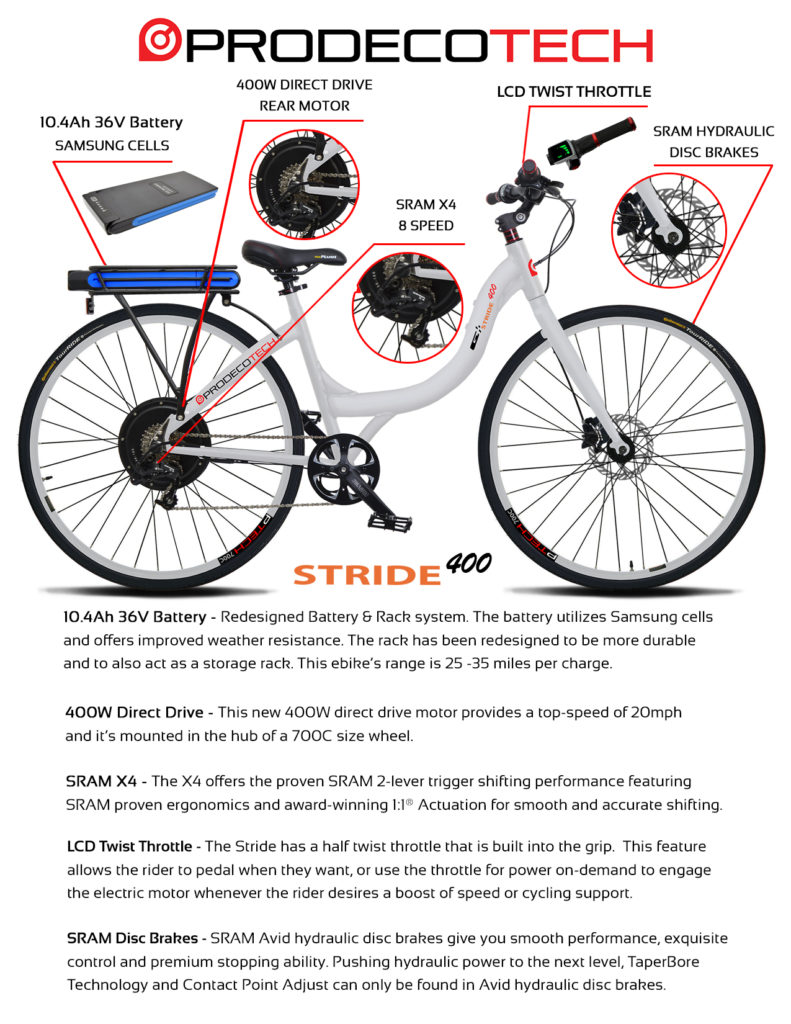 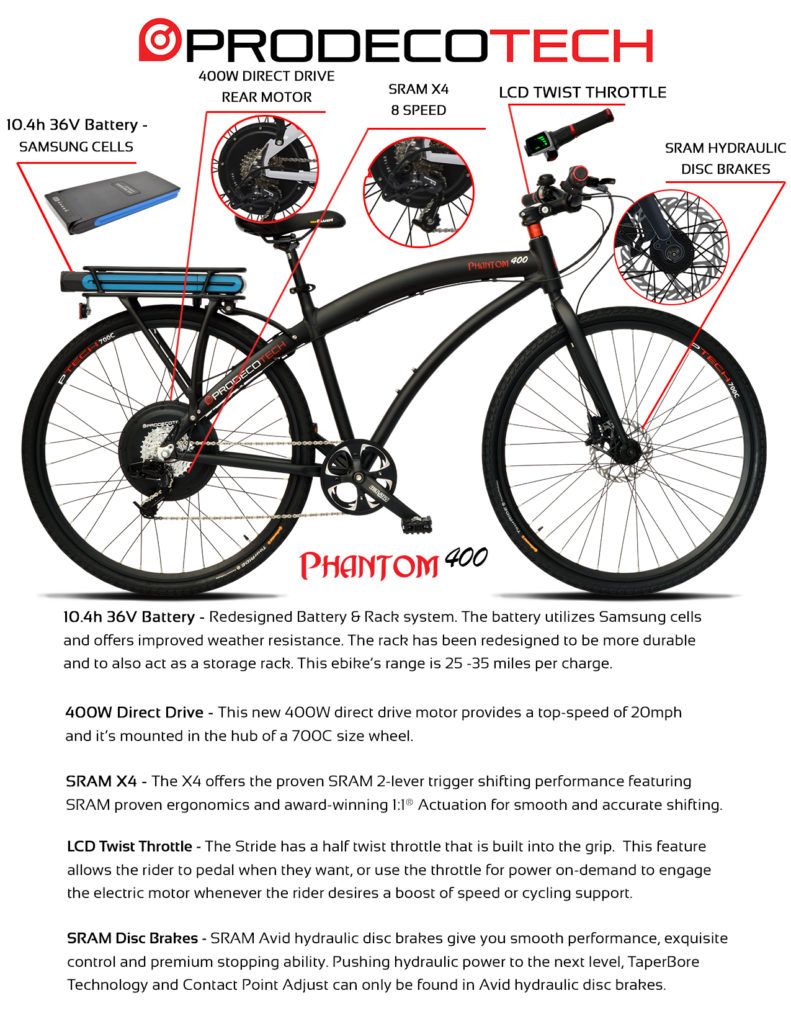 These new 400 series ProdecoTech eBikes have similarities to previous versions of the Stride and Phantom lines. One difference is the larger 700c (29″) wheel size that provides a hybrid bike style (a cross between a mountain bike & a road bike).

Hybrid style eBikes are great for commuting and recreational riding around town and/or country.

Like other ProdecoTech eBikes, the 400 series are assembled in the U.S.

Here’s a quick look at the ProdecoTech assembly facility in Fort Lauderdale, Florida.

And here is a full report from when I visited their headquarters a few years ago. 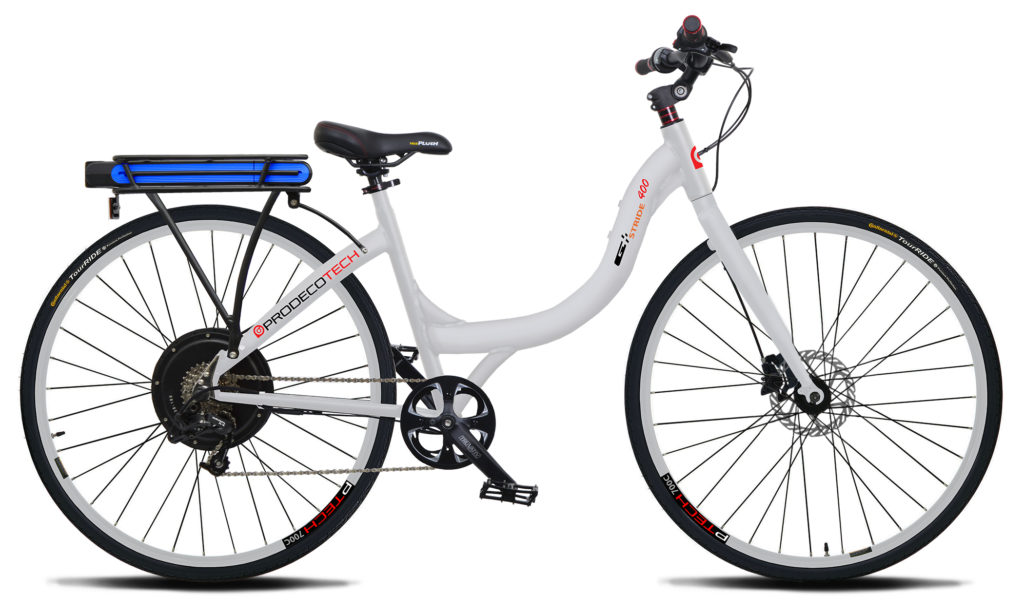 Here is more information on the step thru ProdecoTech Stride 400. $999 at Dick’s Sporting Goods stores. $1,449 if purchasing from ProdecoTech online. 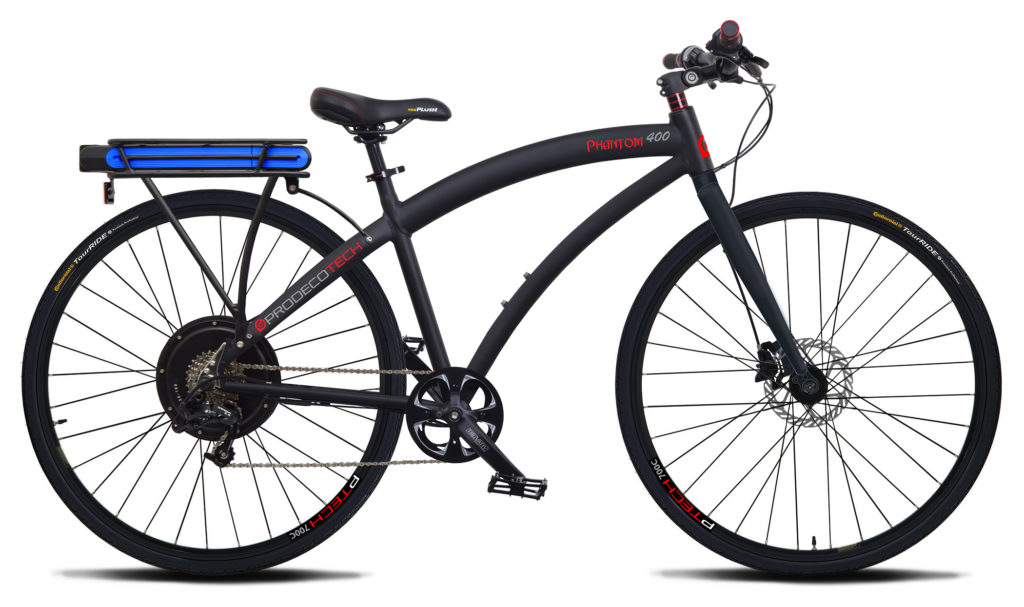 Here is more information on the ProdecoTech Phantom 400. $999 at Dick’s Sporting Goods stores. $1,449 if purchasing from ProdecoTech online.