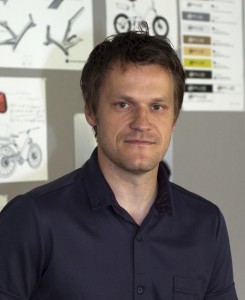 A while back I interviewed some electric bike and commuter bike specific store owners in the US to get their perspective on what it is like to run their stores and to see if these specialty shops are getting more people on bikes.  To follow that up I have embarked on a new adventure of interviewing people around the world who commute by bike/ebike.

To kick off the interviews I have Norbert Haller who is the lead designer at Ultra Motor (makers of the A2B electric bikes).   Norbert is an active bike commuter who lives in Berlin, Germany.  So with out further ado, here is my interview with Norbert:

Pete: First of all, could you give us a little background on your involvement in the electric bike industry?

Norbert: My passion is bike riding, since I started BMX racing in 1985.  I studied Industrial design at the University of Arts in Berlin, Germany, with focused on transportation design and e-vehicles. 1998 I founded Craftsmen Design with a friend, where I was working in the LEV and bicycle field for customers in Europe, USA, and Asia. Since 2007 I am leading the design department of Ultra Motor, designing electric two wheeler.

Pete: What is your regular commute on an ebike like?  (On bike paths, streets, dirt roads, distance? etc.) 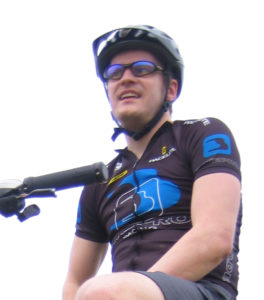 Norbert: I’m living and working in Berlin and commute most time with my road racing bike. The pedelecs which we have in our office, I’m using for distances of 2-15km, where I don’t want to get sweaty, because of all the stop and go’s at traffic. I’m riding on the street and bike paths, speed pedelecs (electric assist only when you are pedaling) are my favorite, which are going faster then 25kmh.

Pete: What is the bicycle commuting scene like in Germany?  (what are the demographics of the typical bike commuter? Do people bike commute because of the price of fuel?)

Norbert: In general cycling is very popular in Germany, to commute with a bike is a very good alternative to car and public transportation, especially in the cities. Bike riders can be effective in traffic and have no problems with parking places. I can go faster to work with my bike then with my car. People like also to save fuel and to have some additional “exercise”.

Pete: Are electric bikes popular in Germany? (does the average person know about ebikes? Are you seeing more people buying ebikes over traditional bikes?)

Norbert: Electric bikes are getting more and more popular, it’s not only a trend, there is a change to electric mobility and the two wheelers are the start.

Pete: Do you see many local businesses using ebikes as delivery vehicles?

Norbert: Yes, for example the postal service which comes to our office deliveres with a transportation e-bike. Friends of mine using e-bikes and scooters to guide sight seeing tours in the city.

Pete: Are there many specific e-bike shops in Germany or are ebikes mainly sold through traditional bike shops?

Norbert: There are more special e-vehicle shops coming, but mainly they are sold in “traditional” bike shops.

I would like to thank Norbert for taking the time to do this interview.  I enjoyed hearing about his background and the e-biking scene in Germany.

Do you have any comments or questions for Norbert?  Please leave them below.