Throughout the four-day event, electric bicycles had consistent promotion over the loud speakers as well as having articles and advertising in the show magazine. 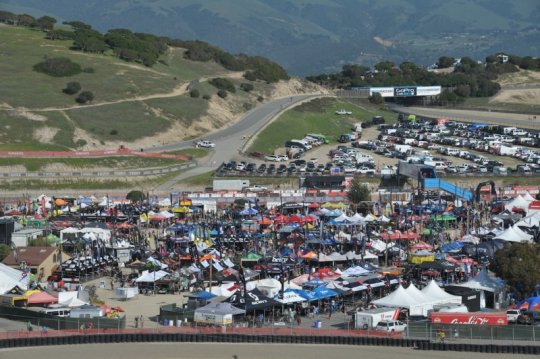 Thanks to Bosch, Felt, Haibike, and Currie Tech, serious as well as occasional riders had opportunities to test ride electric bikes, on the track and surrounding roads as well as off road on some steep mountain trails. 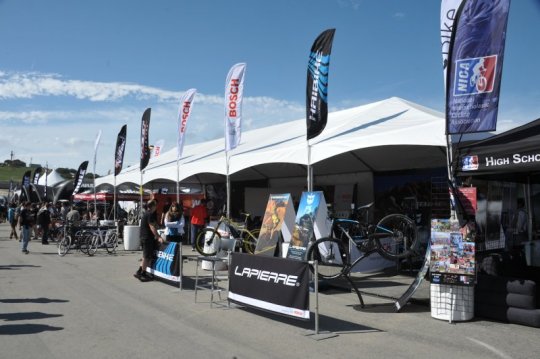 One of the highlights of this year’s Sea Otter was the twice a day mountain bike ride led by Jurgen Beneke, former UCI Mountain Bike World Cup downhill champion.  Jurgen was nice enough to take time out of his schedule and go for a ride with me on some mountain trails to take some photos.

Jurgen was riding the Haibike AMT Pro, and I as a neophyte off-road rider, was following him on an Optibike R8 on loan from Optibike with my camera and video equipment. 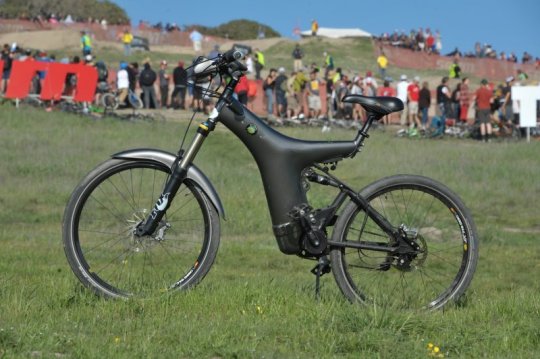 Jurgen was literally doing wheelies going uphill and zoomed downhill at neck breaking speeds. I on the other hand, was holding on tight and thanking my Optibike for getting me up and down the hills without causing bodily harm to me or damaging my equipment. 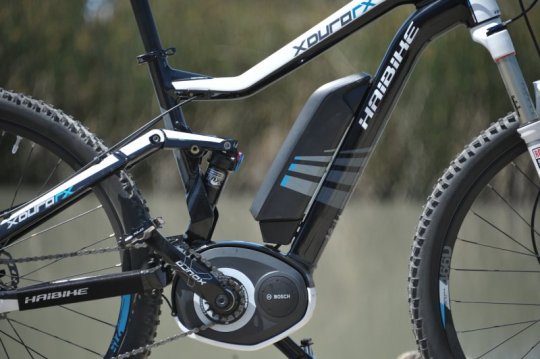 At the end of the ride, Jurgen mentioned that he loved his Bosch-powered Haibike because it allows him to ride further, and since he is not “blue in the face” when he gets to the top, he can focus more on his riding technique going downhill. He also mentioned that due to the low center of weight of the crank motor and battery, the bike felt well balanced, and easy to handle. 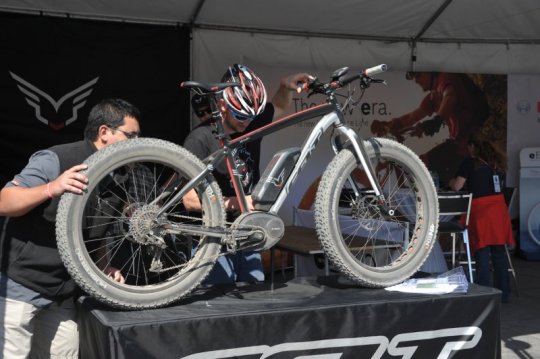 During the three days I was there, I had an opportunity to take the Bosch-powered Felt SPORTe, Felt City Bike, and the Haibike Xduro x29 on test rides up a steep 16-17% grade on the ring road as well as on some off-road trails.

On all of these bikes, I was impressed with the balance and quality as well as the ability to make it up the steep grade faster than the serious bike riders. 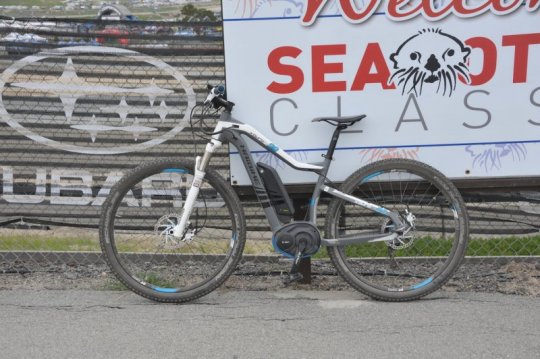 Off road the Felt SPORTe and the Haibike Xduro x29, both mastered the steep trails with no problem and felt well-balanced and controlled on the descent. 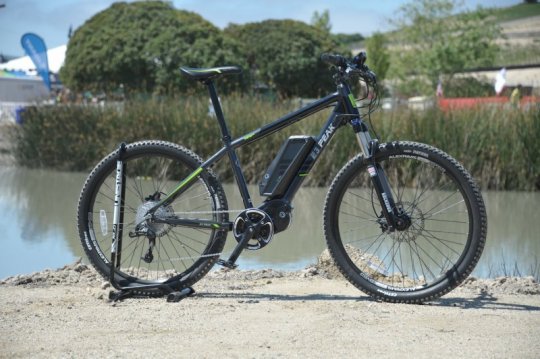 The other mid-drive bike I tested was the Currie Tech IZIP E3 Peak powered by Tranzx. Although the transmission did not feel as smooth as the Bosch, (partially because I was trying to shift under heavy load) the bike itself is well-balanced and in my opinion, a great bike for valued-minded buyers.

I was able to keep up with the Bosch-powered bikes on the race track, and it took the steep 16-17% grade with ease. 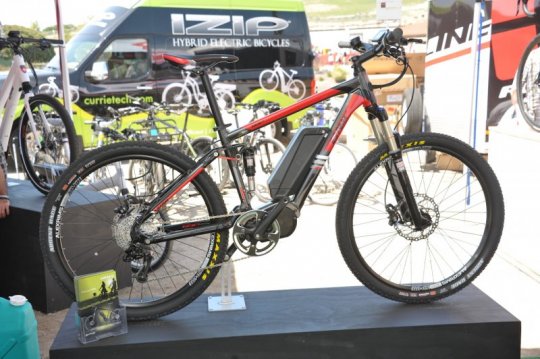 Currie showed the new full suspension IZIP E3 Peak at the show and plans on introducing the bike in the near future. 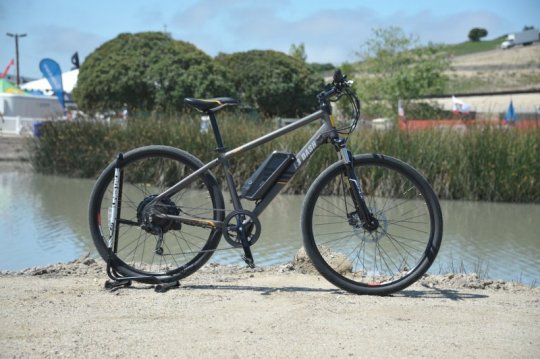 I was very impressed with the Currie Tech IZIP E3 Dash, also powered by Tranzx. The rear hub motor works flawlessly and in pedal assist level 4, getting up to speeds approaching 30 mph is relatively easy.

I also appreciate the throttle option for the times I have to start out in the wrong gear, or start from a dead stop on a steep incline. 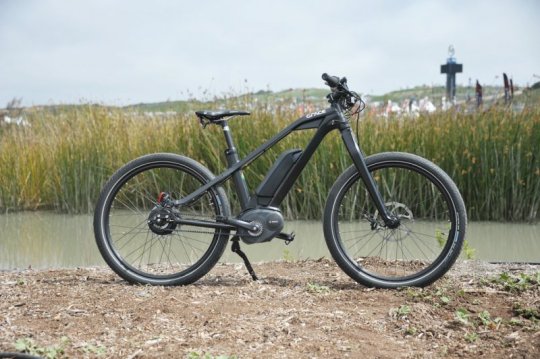 Lapierre, Currie Tech, Yuba, and Emazing were some of the other companies with electric bikes at the Sea Otter Classic. 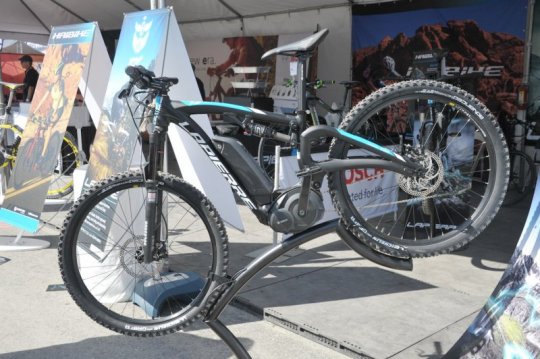 It seems like just a matter of time before the Sea Otter Classic introduces electric bike events to this world-famous venue.

Enjoy this slideshow of more electric bike pictures from the Sea Otter Classic.

Thanks to Douglas Schwartz, President of ELV Motors, for this report, videos, and pictures!