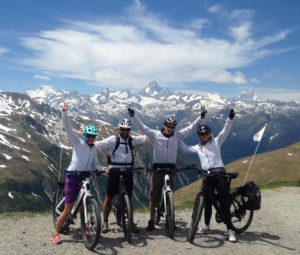 The eighth annual World Advanced Vehicle Expedition (WAVE) is due to take place in Switzerland and Austria this summer.

For e-bike riders this promises to be a ride of a lifetime with the opportunity to see some of the most stunning parts of Alpine Europe over two eight-day tours.

Entrants from all over the world are encouraged to sign up before March 20 this year to be part of it.

There are entrants from all over Europe and several from the US and Canada – a real mix of e-vehicle enthusiasts who will show to the world that electric vehicles are just as good as fossil fuelled vehicles and do not need to destroy the atmosphere as they travel.

The founder and organiser Louis Palmer was awarded the United Nations Champion of the Earth Award in 2008 for driving 32,000 miles around the world in his ‘Solar Taxi’.

Palmer’s solar powered car circumnavigated the world without using a drop of fossil fuel, proving that electric vehicles can do anything that fossil fuel powered vehicles can. 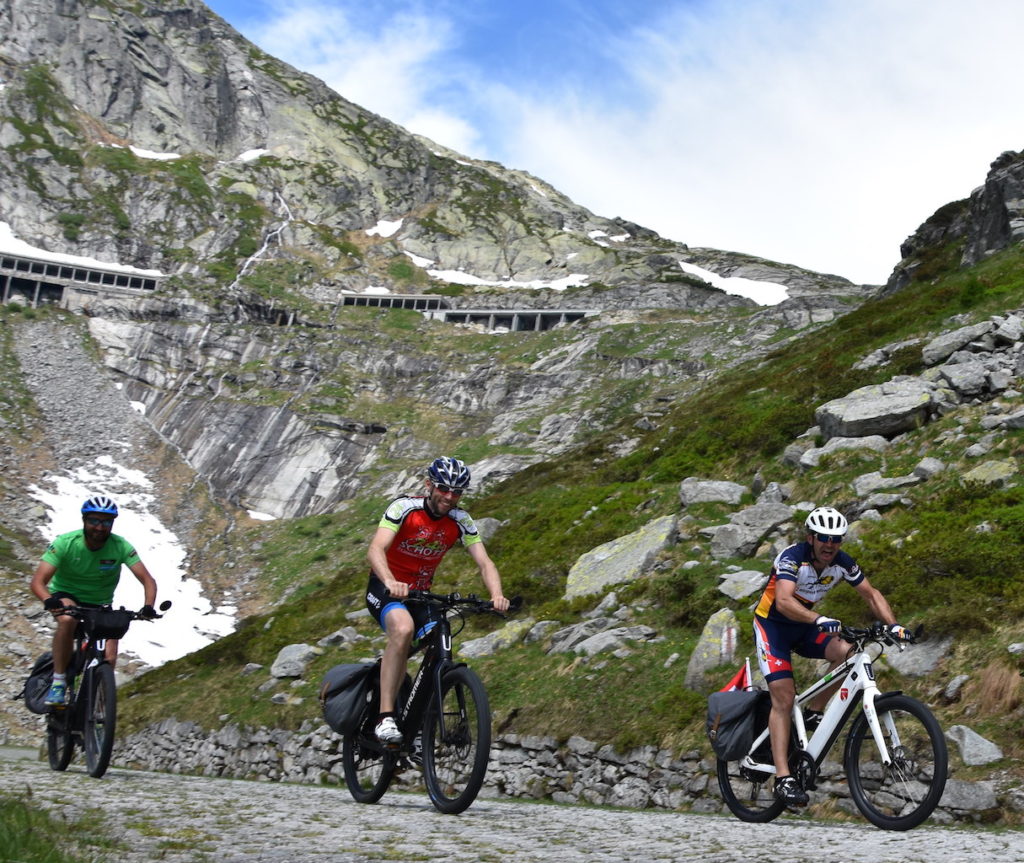 Currently with around 200 e-bikes and e-motorcycles, e-cars, e-buses, e-trucks and even an e-hotrod signed up, this is the biggest event in the WAVE Trophy’s history, and promises to be an epic event for those who take part as it crosses several mountain passes every day.

Since the first WAVE Trophy event, participants driving electric vehicles have toured much of Europe, including an epic run from the North Sea to the Mediterranean.

In 2018 there has been so much interest that Palmer decided to split the event in two, with one tour in Switzerland between June 8-16 and the next event across Austria between September 21st – 29th.

Over the eight days of each WAVE expedition the e-vehicles involved will travel around 1,600km (1,000 miles) over some of the most spectacular terrain on the European continent.

This year there will be 30 e-bikes and 10 electric motorcycles crossing the two countries.

According to Palmer, “E-bikes are a very important part of electric mobility. Everyone talks about Tesla but the intelligent mobility for cities and commuting is the electric bicycle! Where it comes to energy efficiency, the ultimate invention is the e-bike.”

While he owns a Tesla, Palmer says that he prefers his e-bike for these reasons.

The tours of the two countries are through the highest mountain range in Europe – the Alps. Those riding need to be fit as in Austria, one of the climbs will be to 8215 feet above sea level.

By comparison, the highest mountain on the Tour De France is Mont Ventoux which is nearly 2000 feet smaller at 6273ft, a challenge where the famous French cycling race is frequently won or lost. 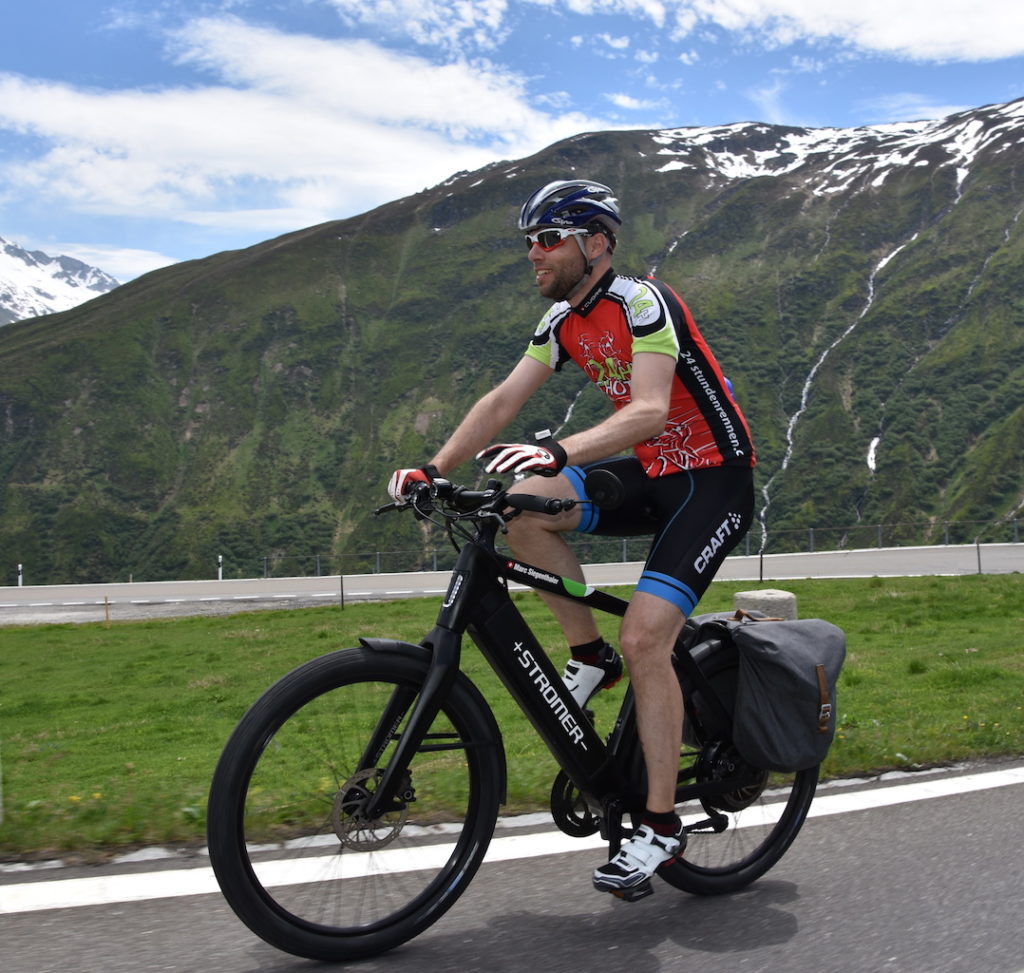 Palmer pointed out, “We are going up the highest mountains in part to prove that electric vehicles can do anything that fossil fuel vehicles can do, but also because it is big fun for those doing it.”

Bearing in mind that in both countries the WAVE event will be climbing four to five mountain passes every day this is not for the light e-bike city commuter.

Palmer, who has ridden many of the routes himself on his own e-bike said, “You will smoke the batteries! Even on an e-bike you need to be very fit to ride it.” 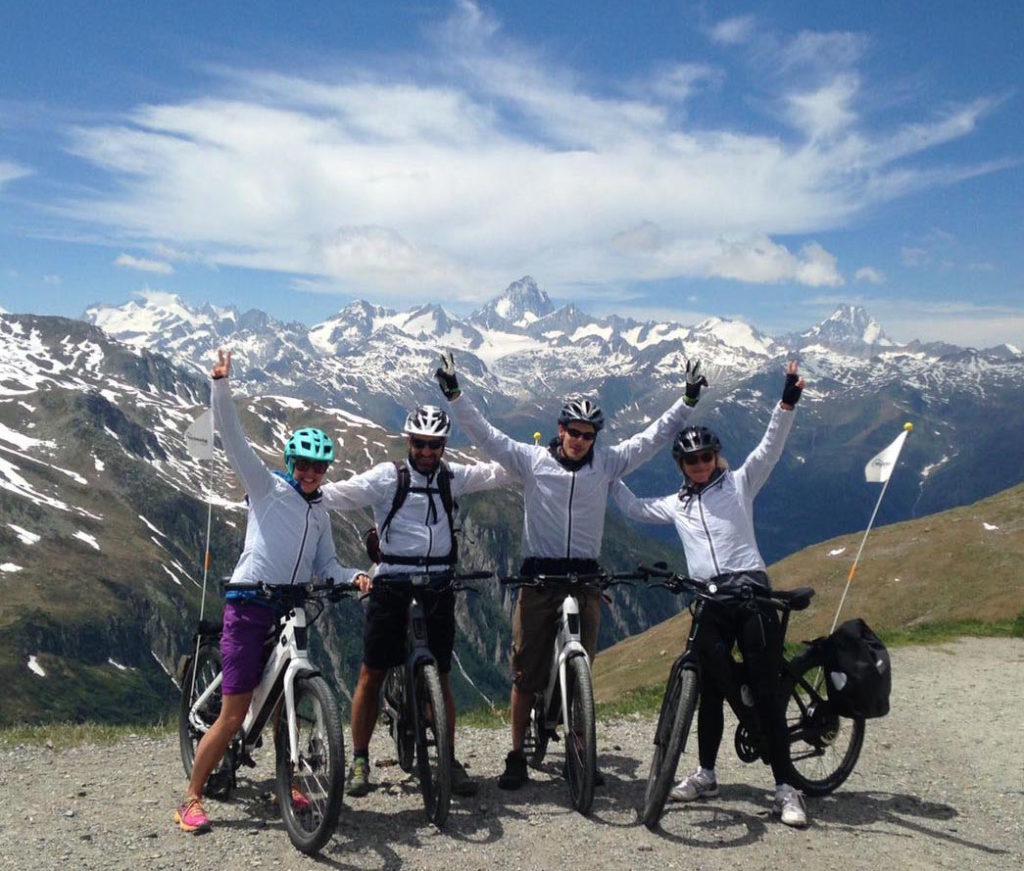 While the event is not a race with a winner crossing the finishing line first, it will be a case of the ‘tortoise racing the hare’, with e-bikes taking less time to stop every time (merely stopping to switch batteries) yet cars travelling faster but stopping for longer to recharge their on-board batteries between their 40 – 70 kilometre stages across the countries.

Even so, there will be less rest time for the e-cyclists as they will not be travelling at the same average speed as the vehicles that are solely powered by batteries on the trip. 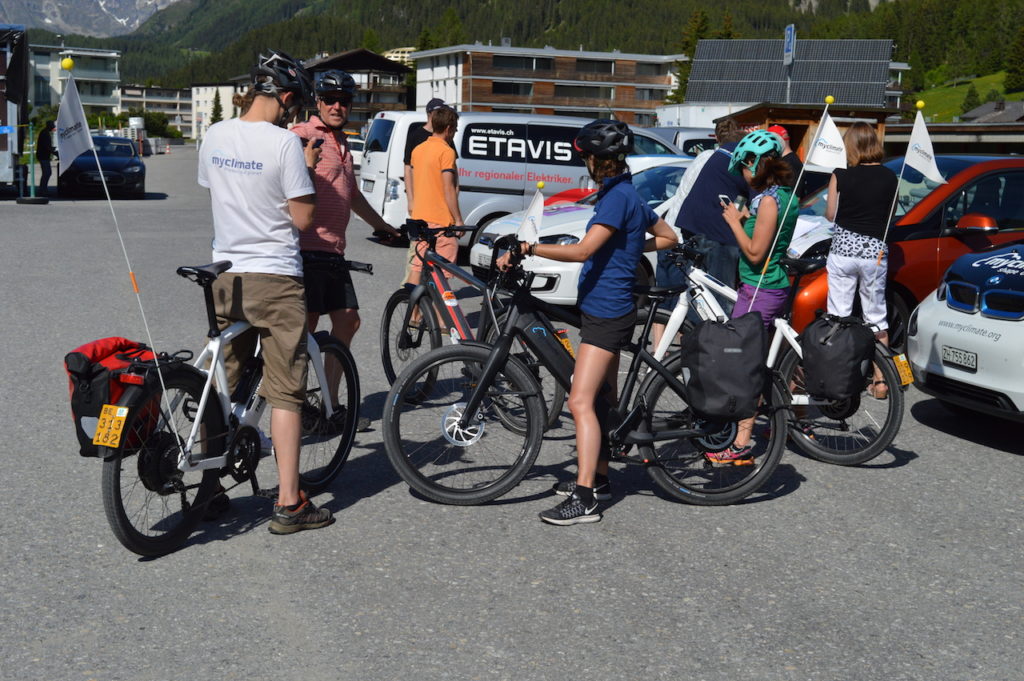 Among the entrants to date there will be six e-cargo-bikes that are being supplied by a German company, as well as an entry from Slovakia which has a claimed range of 300km between charges.

The WAVE Trophy is a fun event to highlight the technology of modern electric vehicles, but it has a more serious purpose – it is an opportunity for enthusiasts, industry insiders and others to network and connect with one another.

There will be four networking events on the two trips as well a day at the Formula E Race on the 10th of June in Zurich in Switzerland.

Even though both Switzerland and Austria are very forward thinking countries with regard electric vehicles, the WAVE organisers will have special infrastructure in place to charge the 100 or so vehicles on each event, simply because existing infrastructure cannot cope.

This will enable the participants to charge up as they need between legs on their journey.