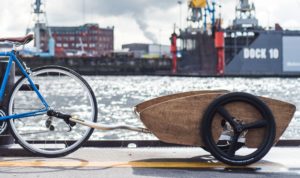 Raleigh UK have been in touch with EBR to say that with e-bike sales increasing significantly in 2016 in the UK, so far in 2017 Raleigh have launched 4 new bike models, with a number of exciting new models still in the pipeline for release in mid-year.

The following have been added to the existing Raleigh UK e-bike range: 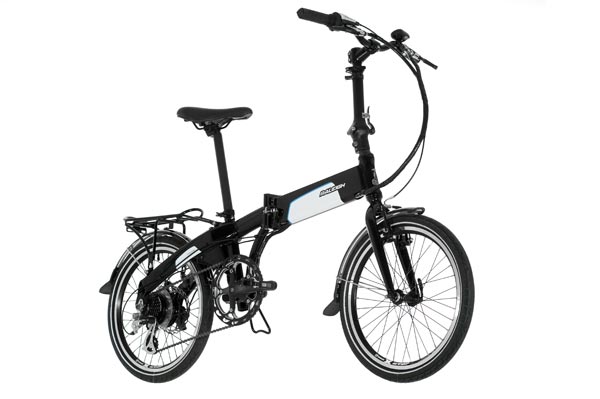 An all new folding e-bike. This uses a motor system from Tranz-X and retails at £1100. 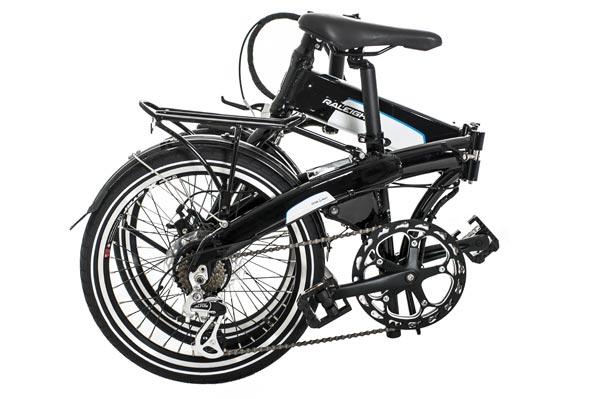 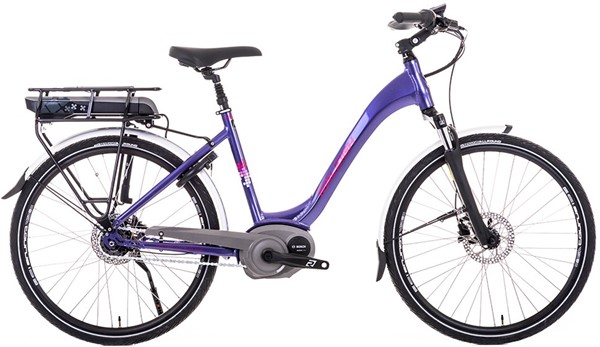 The best-selling Motus and Captus Bosch-powered ranges this year include bikes with hub gears and all models now come with hydraulic disc brakes. The Motus and Captus now both come with a wider range of wheel and frame sizes along with cross bar and low step frame options. 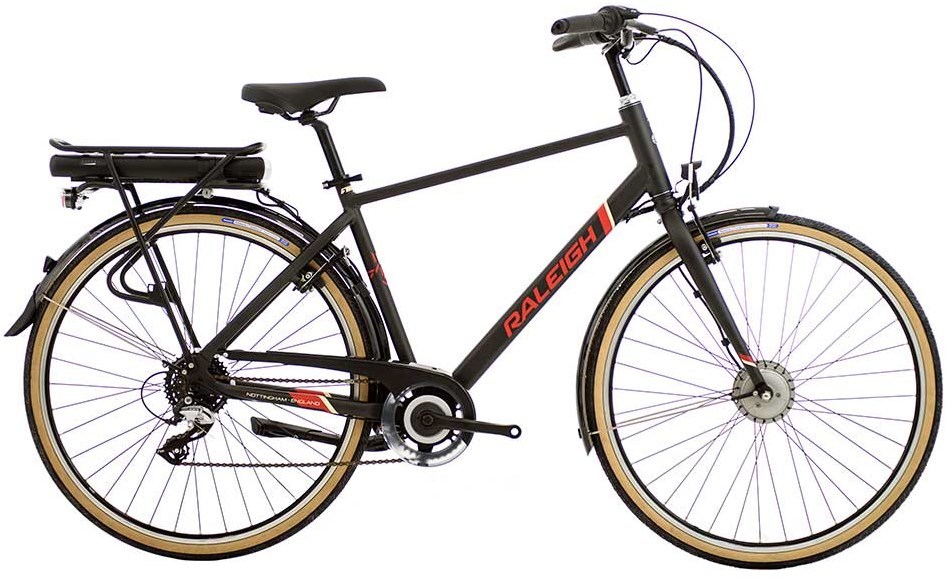 Successfully launched in 2016, the Array range has been widened to include a hub gear option. The Array features a Sparta branded front hub motor, which Raleigh say is ‘the best riding front motor system we have ever experienced at this price point’ adding ‘the D-light motor is so small and quiet you’ll hardly notice it is there.’  Array models start at £1000.

More info in this video from Sea Otter, explaining the Jam2 e-MTB from Germany’s Focus. This  system has been making a real splash recently in the e-MTB world as it features a sleek in-frame battery (many other e-MTBs using the Shimano E-8000 motor have frame mounted batteries), and it also has virtually identical bike geometry to a non-assisted mountain bike.

Here are more videos of the new eBikes from BESV, BULLS, Raleigh, Yuba, and Haibike that were at the Sea Otter Classic. 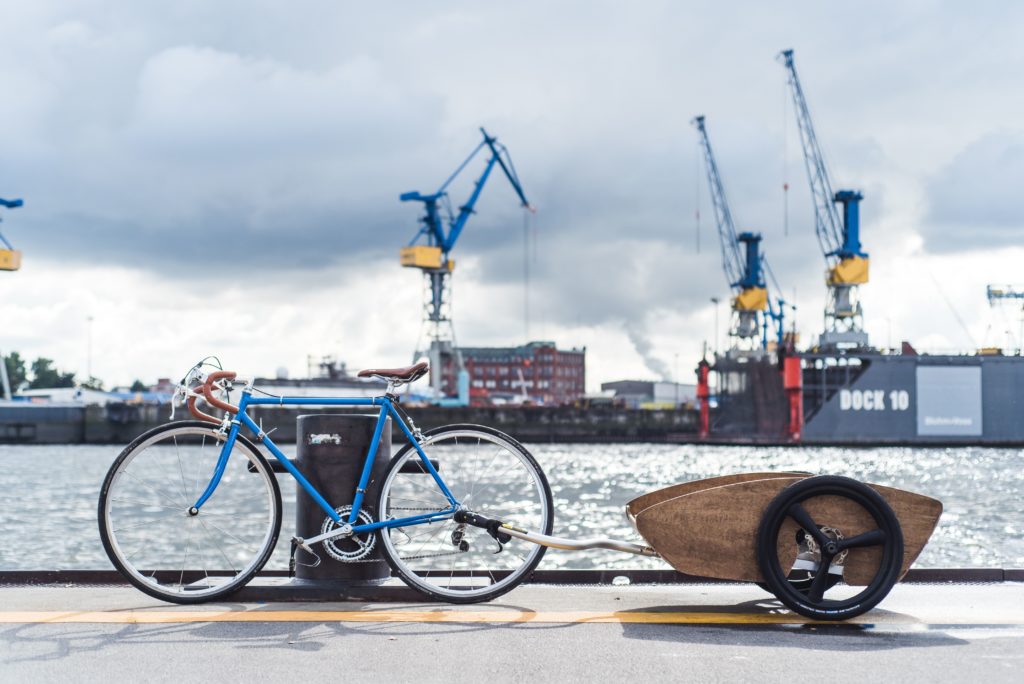 Here is a new electric cargo trailer (pushes your bike) from NÜWIEL.

From NÜWIEL, “Our intelligent bicycle trailer takes the load away and provides a push assistance when you cycle uphill. Our user-friendly technology enables the trailer to know exactly when to accelerate, decelerate and brake.”

Here is a guide to more electric assist trailers. 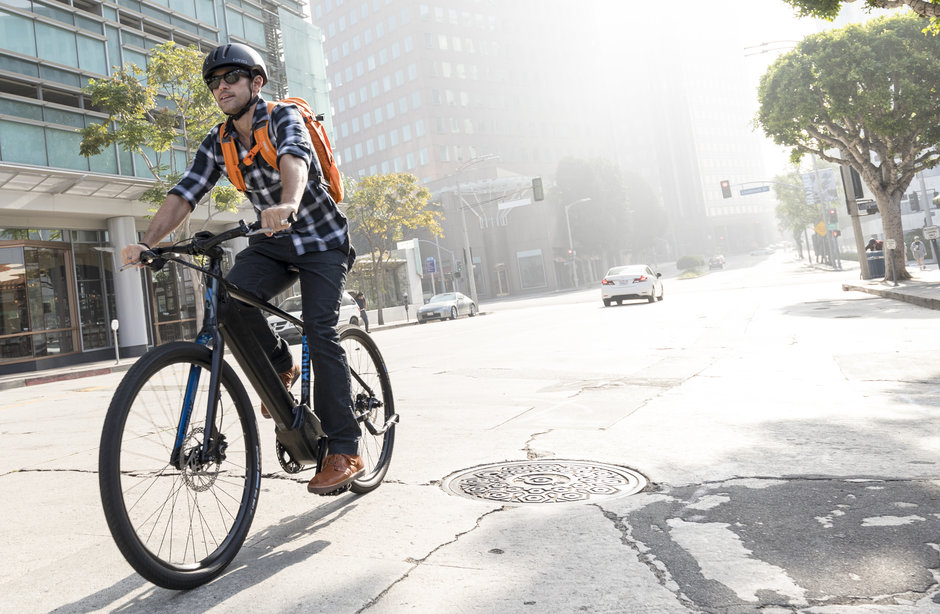 Do you own an electric bicycle?  Portland State University is partnering with PeopleForBikes and the Bicycle Product Suppliers Association (BPSA) to conduct a survey of e-bike users in North America to learn more about why you decided to purchase an e-bike and how you use it.

Take the survey and enter a drawing for chance to win one of 10 $50 Visa gift cards: https://tinyurl.com/ebikestudy

What is an E-Bike?

Gary Fisher – considered one of the inventors of the modern mountain bike – gives this video endorsement of e-bikes, as well as plug for Trek!

Here is a cool story of a journalist who rode an IZIP E3 Peak+ along rugged and steep logging roads from the Willamette Valley to the Oregon coast. The author borrowed the Peak+ and 2 batteries from Cynergy Electric Bikes in Portland to complete this adventure ride.

Here are the three winners in the three separate price categories:

For an English language explanation of their bike range and features see the UK importer’s website.

The Sparta M7s, powered by a Shimano Steps crank drive. The overall winner of the three categories tested. See UK retailer JustEbike’s Sparta pages for Sparta’s range of sophisticated e-bikes. Interestingly Sparta claim their own version of the Yamaha crank motor has been adjusted and software tweaked to minimise motor noise.

Another Shimano Steps-powered model, this time allied with Kalkhoff’s own battery technology.

The tests suggest the importance of quality, practicality and efficiency rather than light weight or raw power in the Dutch city bike market. Bikes under 25kg are classed as very light!

One of the UK’s first e-bike importers and retailers have announced a new shop in northern England in Altrincham, Manchester. See all their branches here.

‘It’s almost totally unknown that Britain once had the beginnings of a Netherlands-inspired network, and with your help we could rediscover it and, in some cases, literally dig it up.’ So begins this fascinating Kickstarter campaign that aims to get under way the process of reinstating the UK’s 1930s Cycleways, many of which lie neglected, overgrown or even hidden in plain sight alongside the country’s arterial roads.

A fantastic idea for extending the UK’s cycle network. The more backing they get the more cycleways can potentially be bought back to life…