The US is the home of the electric fat bike, right? Well, maybe, but that doesn’t mean to say there aren’t plenty more options out there, often very contrasting ones, such as Gazelle’s newly reintroduced Arroyo range of step-thru city e-bikes.

Just as notable as the fact that the Arroyos are very nice looking and very practical city e-bikes is the fact that they were introduced to the US back in 2018 but then disappeared from dealers in subsequent years. The introduction of the updated Arroyo suggests perhaps that the US is finally taking to Dutch style practical city e-biking – or at least taking to it in big enough numbers to finally make the Arroyo a true success over here. 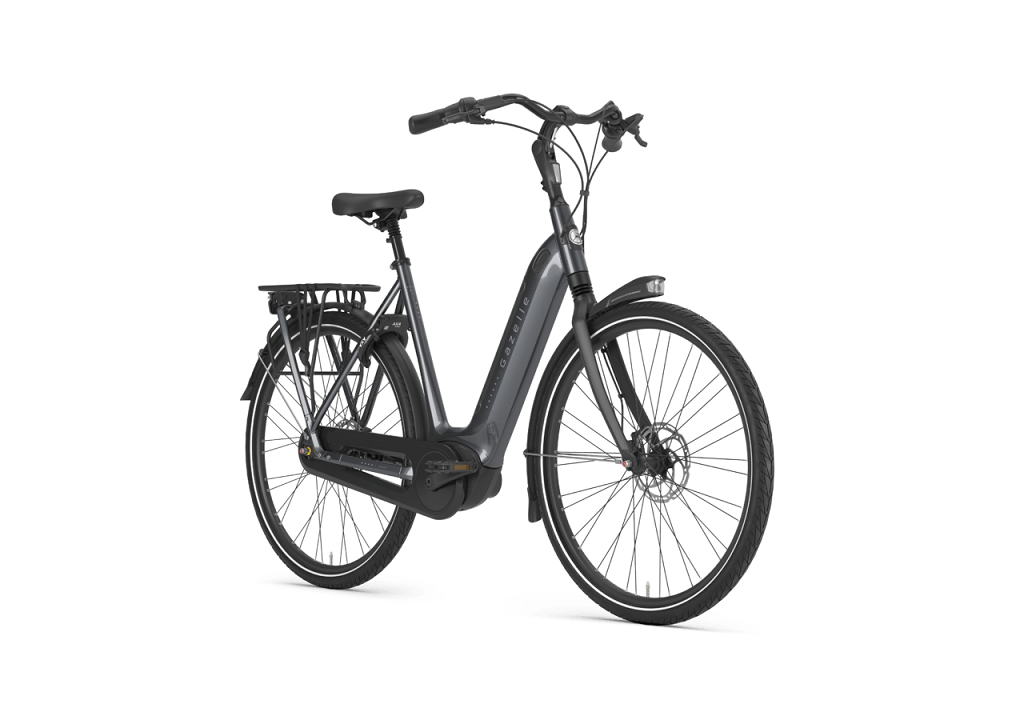 Gazelle are a Dutch brand with a long history and are especially known for making classic Dutch city bikes – and these days classic Dutch e-bikes, many with step-thru frames and high quality mid-drive motors.

Gazelle are now reintroducing the company’s Arroyo electric bikes into the US and bringing the classic Dutch riding experience here – yes, that means those easy to use step-thru frames plus an upright super comfy seating position, full equipment for riding in any condition and taking your stuff with you at the same time. 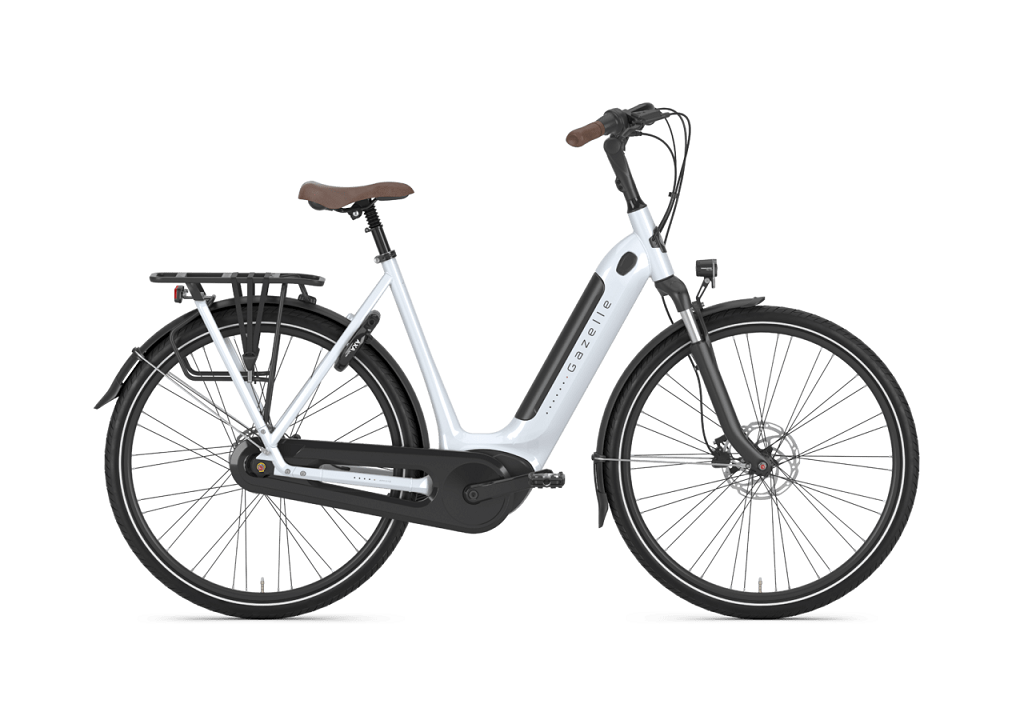 The C7 retails at $3299 and the C8 at $3699, the difference being spec in front suspension and transmission; the C8 has a sleeker ‘unicrown’ suspension fork plus “fendervision” lighting plus 8 rather than 7 hub gears. 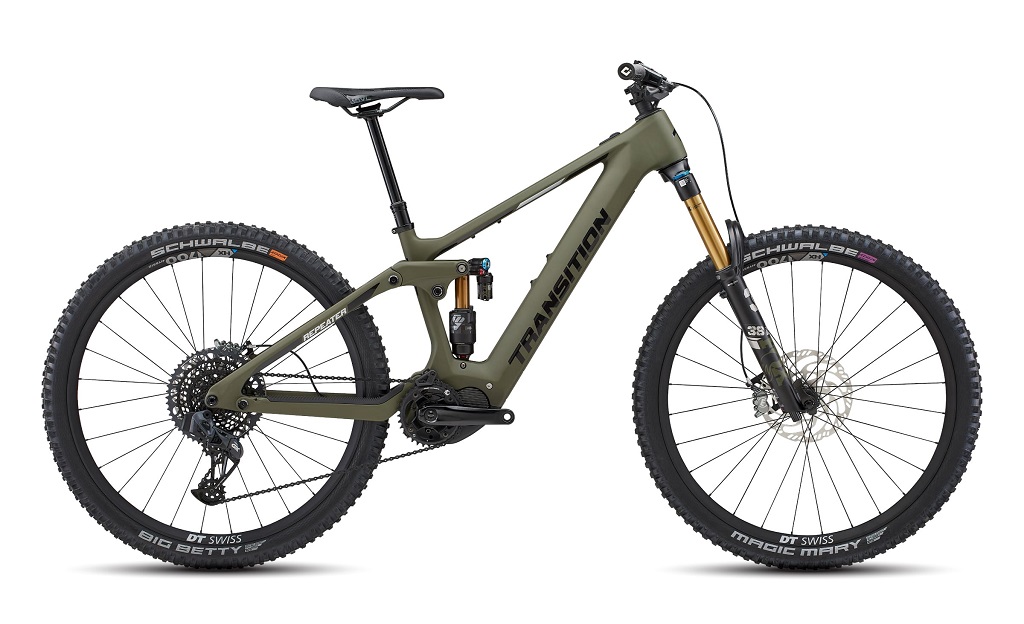 Are there any bike manufacturers out there that don’t have at least one e-bike in their ranges? It might seem like not and now one more of the last few non-electric diehards have now gone electric.

This is a premium enduro style e-mtb with a premium price tag and has a full carbon frame, 160 mm front and rear suspension, Shimano EP8 mid-drive and a sizeable 630Wh Shimano BT-E8036 battery. 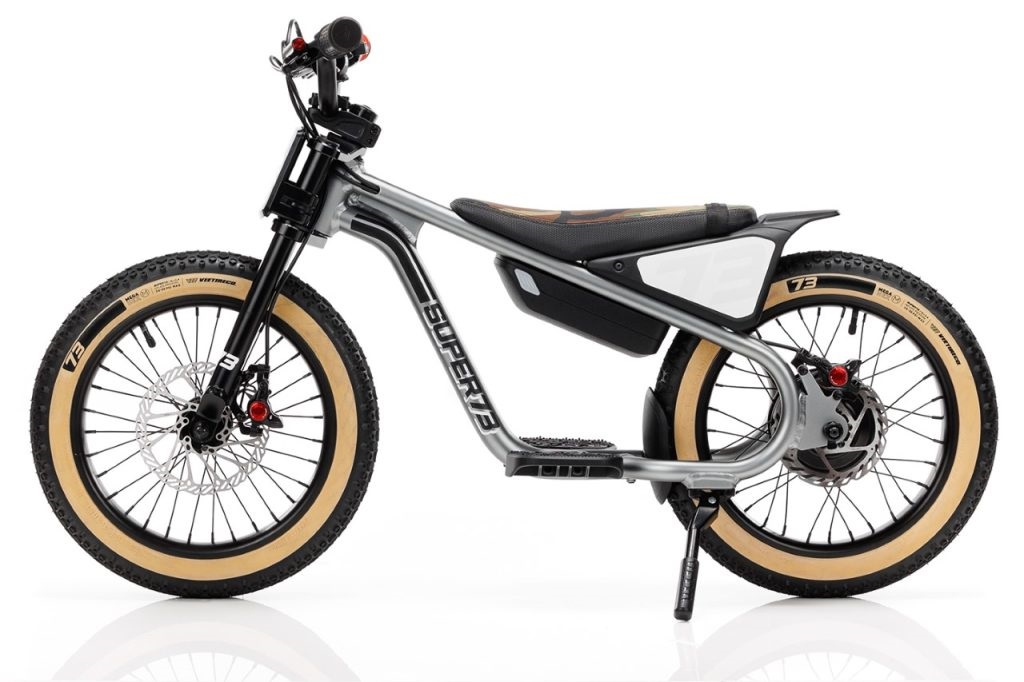 Super 73 were founded in 2016 in southern California and describe themselves as ‘an American lifestyle adventure brand fusing motorcycle heritage and youth culture.’ So far, this has meant a range of mini-moto urban style e-bikes with fat tyres and extended bench seats.

Perhaps the biggest surprise in their 2022 range, given their self-proclaimed emphasis on youth culture, is the introduction of a $995 electric balance bike for children from 4-8, though, with its fat-tired motorbike look, it’s a far cry from most kid’s electric balance bikes…

EBR has already reviewed several models from UK budget e-bike firm Eskute and found them great value for money. Their first off-road mid-drive model was the Eskute Voyager Pro that we reviewed here.

Their 2022 range includes four new models on top of the hub-motored models that we have already reviewed, the Wayfarer and the Voyager. The new models are:

Netuno: similar motor drive and battery spec to the Polluno but in leisure e-mtb format. RRP £1149

AS GAS PRICES SPIKE E-CARGO BIKES SHOULD BE PROMOTED MORE

This interesting article from Bloomberg looks at workarounds due to the recent gas price hikes.

The article tells us:
‘ With gasoline prices surging following the Russian invasion of Ukraine, U.S. elected officials are trying everything from gas tax “holidays” to dipping into the nation’s Strategic Petroleum Reserves to placate drivers worried about overstretched budgets.’

But why is the government not pushing one of the most obvious solutions more?:
‘one promising approach is all but absent from policy discussions: shifting car trips toward increasingly popular e-bikes and e-cargo bikes, which run on pedal power augmented by rechargeable batteries. It’s an omission that speaks volumes about how underappreciated battery-boosted bicycles remain in Washington, even among the most climate-friendly politicians.’

In particular, the article quotes Chris Cherry, e-bike adoption trend expert from the University of Tennessee:
“An e-bike is a car trip replacer,” Cherry said, “but an e-cargo bike is a car replacer. An e-cargo bike offers a chance to do just about anything that most Americans need a car to do, like school runs, grocery runs, and so on.” 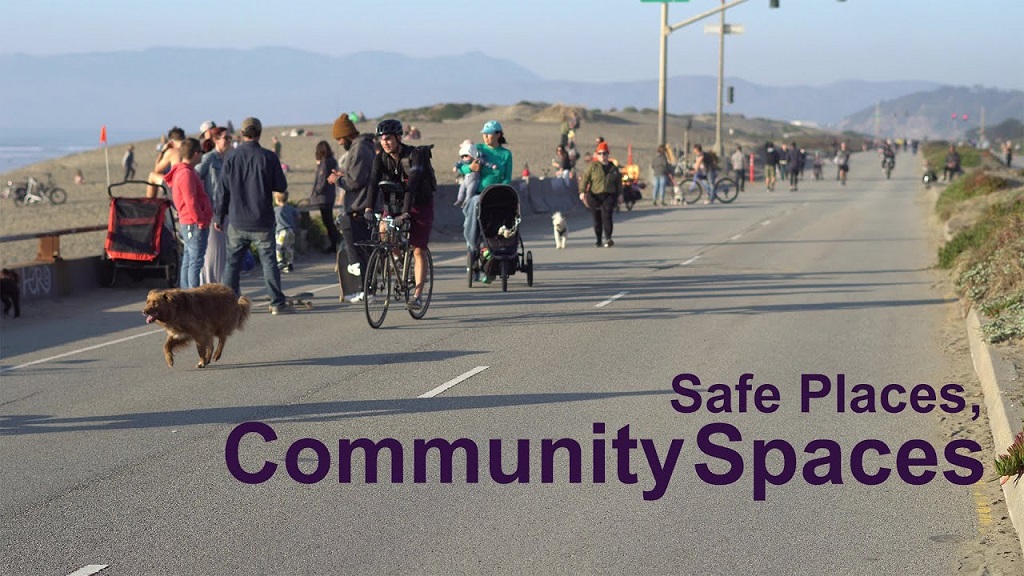 A 16th March statement from the SF Mayor’s office stated:

More detail on the proposals from Streetsblog here.