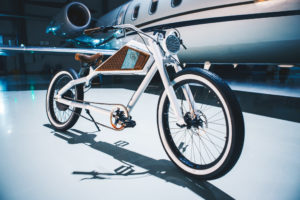 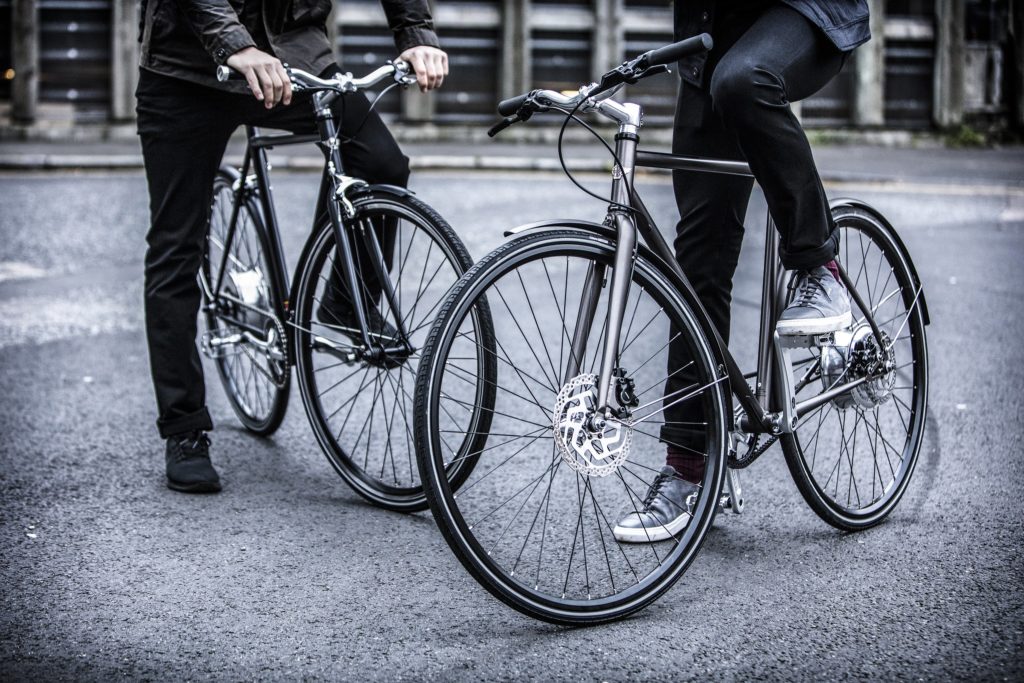 In many cities around the world single-speed (and in some cases fixed-gear) bikes have proved to have gained something of a cult following in recent years.

Now one single-speed manufacturer, Cooper Bikes of London, are launching their first e-bike, the Cooper-E. 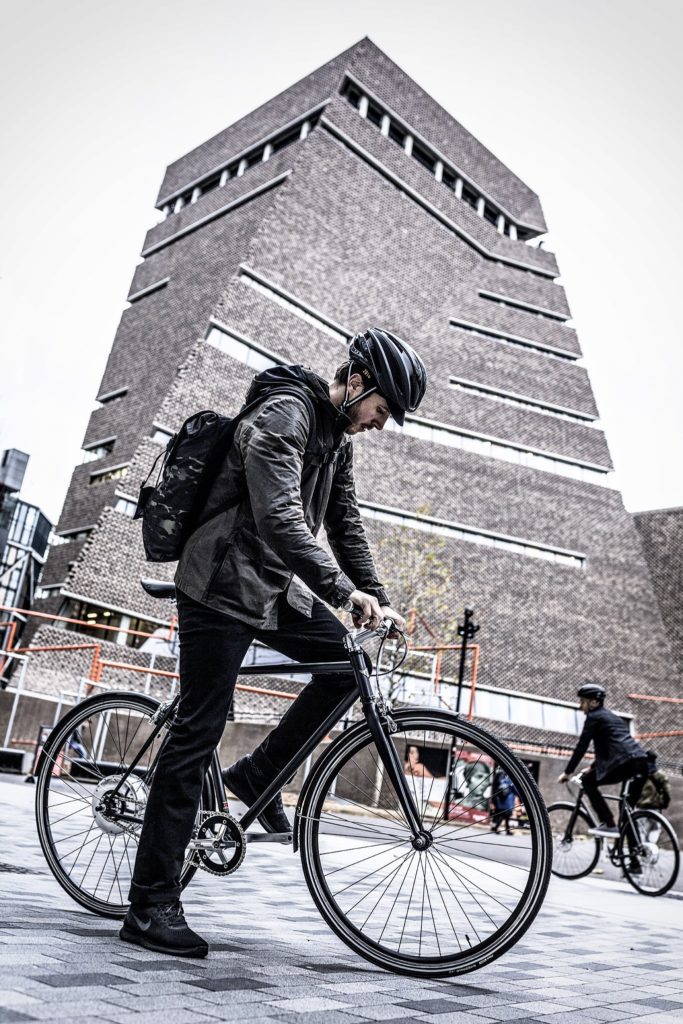 Look out for more details later in the month and later in the year there will also be a disc brake version with hydraulic stopping power.

These stylish e-bikes from Choppelectric are ‘100% handmade in Estonia’ and there are three variants, Nordic, Etno and Gun.

Whilst the spec for the Gun is yet to be released, Nordic and Etno both use 48V rear hub motors and feature full LED lighting and hydraulic disk brakes. Prices from €2999. 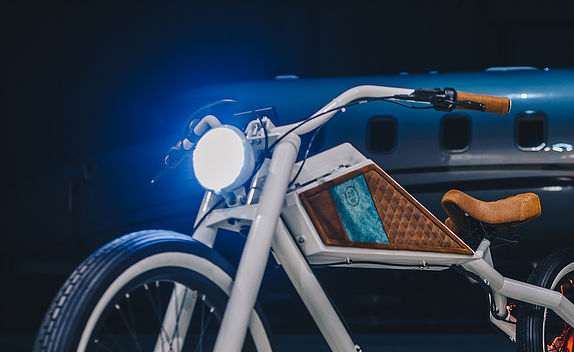 It’s one thing taking the plunge and ordering an e-cargo bike, its another going and collecting yourself, especially when you live in the north of the UK and bike is in Copenhagen.

That’s just what HebTroCo’s Ed Oxley did. Here’s the tale…(heads up there is some adult language)

eBiking on a Frozen Beach

Here’s some winter riding inspiration from the tough folks at Alaska eBike!

“Less than 2 miles from Alaska eBike HQ, the world famous Tony Knowles Coastal Trail provides an otherworldly landscape as the 30′ tides recede and leave a frozen beach for the fat bikers delight! Riding the AWD Big Bud from Easy Motion Electric Bikes with Terrene Wazia 4.6″ studded tires. See you on the trails!”

The 2018 Sea Otter eMTB course “will be even tougher than last year.” It is a race held over an undulating circuit – using part of the famous Mazda Raceway Laguna Seca, rocky paths, and obstacles which riders must complete 4 laps. Here is a video from last year:

Registration is open now. Don’t have an eMTB? Haibike and Bosch are both providing bikes for registered athletes on a first come first served basis.

Bicycling reports that “The European Cycling Union (UEC), a federation of pro cycling governing bodies for the continent, announced at its annual meeting this week that it will create a new racing circuit for e-bikes in the 2019 season. Called the “UEC Formula E-Bike,” the new classification will include both e-road and e-mountain bikes.”

The article speculates that the reason behind the move is to boost flagging attendance numbers at official races.

E-Pedicabs Start to Roll Out in London 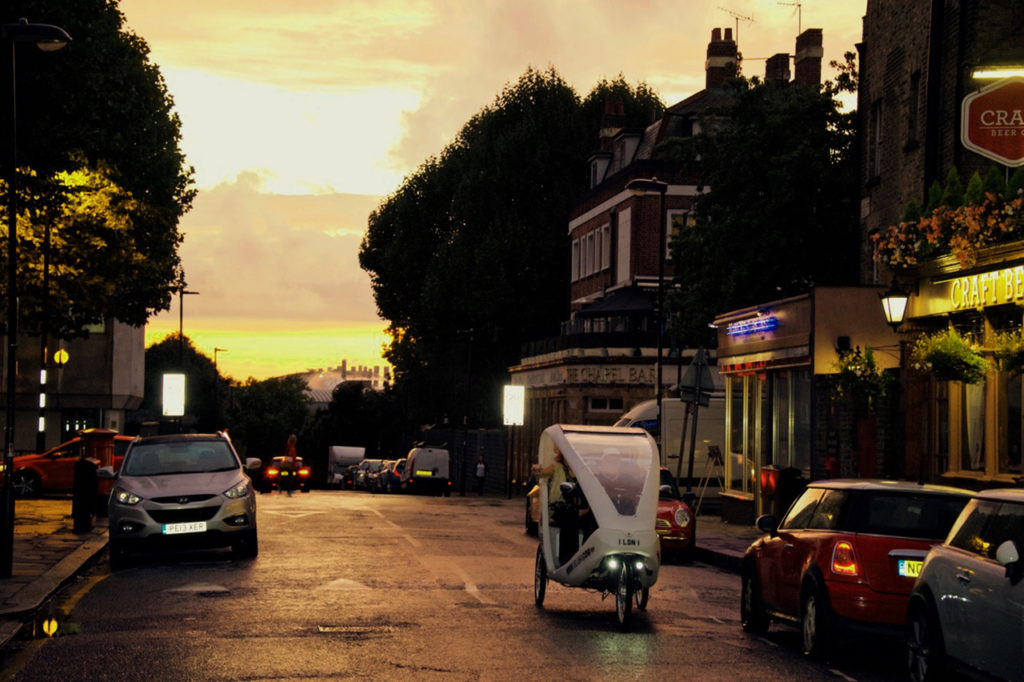 The London Evening Standard reports that “Electric on-demand pedicabs will soon be seen on London’s crowded roads and cycle routes. The new fleet of power-assisted bikes will be on the roads this month, with six starting operation on the South Bank from today. Passengers can summon one of Veluba’s vehicles using an Uber-style app, and will pay a £3 booking fee plus £1.25 per mile. The money is then debited directly from the passenger’s connected account.” 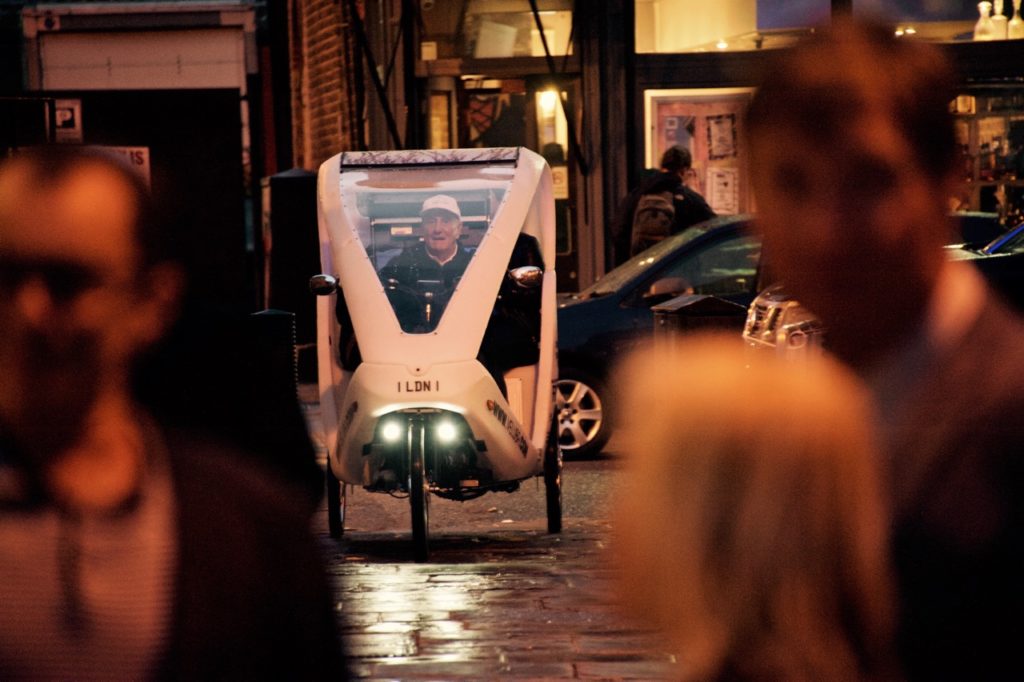 Veluba’s website says that ‘As a taxi we aim to be the fastest, cheapest and most eco-friendly taxi for short journeys in Greater London’ but they also appear to have the burgeoning e-bike delivery sector in their sights, stating their aim is to ‘create the fastest, most cost efficient and most eco-friendly way to collect and deliver last mile packages in every town and city in the UK.’

As job adverts for prospective applicants make clear, Veluba will be part of the so-called ‘gig economy’, currently a contentious issue in the UK.

Cyclehoop and Transport for London have just opened a Cycle Station in Hyde Park which includes a free Public Bike Pump, Deluxe Repair station and a Bottle Fill Station for cyclists to make small repairs to their bike and keep them on the go!

This is part of a trial with Transport for London to create fully equipped ‘Cycle Stations’ along the capital’s cycle routes, including the recently completed East-West Cycle Superhighway.

With an electric car boom supposedly around the corner, have you though what might happen to banks of batteries used and then discarded by these vehicles?

Some have, and this Australian article details their thoughts. An state-commissioned report found “… battery waste would grow at a rate of 20 per cent a year once the first wave of electric car batteries and home storage systems run out of zap towards the middle of the next decade. Electric cars are expected to add the most to waste volumes, with a predicted yearly growth rate of 50 per cent”.

But once their stint in energy intensive applications like electric cars is at end lithium batteries could have a second life in less demanding energy storage applications in the home or the power grid. “If you transfer that to a home with energy storage, you can get another 30 per cent out of that battery pack” said Australian Electric Vehicle Association vice chair Chris Jones who has already tested them out at his home in Perth.

It’s to be hoped more companies can follow the example of Melbourne-based ReElectrify who have signed a deal with Volkswagen to ‘repurpose’ old lithium batteries from VW electric vehicles.

This interesting opinion piece from Cycling Industry News gives a warning to UK businesses who stock budget-priced e-bikes from China to get their current season orders in early as suppliers from China may stop supplying soon (if they haven’t already done so).

The reason? The ongoing dispute between large European-based manufacturers and importers of Chinese models about the possibility of increased tariffs on e-bikes imported into the EU (as reported last week’s news).

Cycling Industry News again, this time reporting on a forthcoming campaign by London’s transport authority, TfL, who are apparently about to launch an e-bike awareness campaign. Details are as yet unclear (though there is mention of e-bike grants), so watch this space…