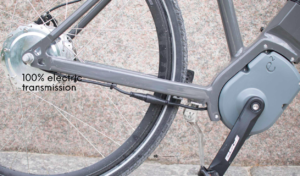 What looks like a crank motor on the bike is actually an electrical generator powering a rear hub motor.

Whilst the idea of removing the chain from a bike may be attractive – avoiding maintenance and the possibility of getting grease on clothing – these ‘series hybrid’ designs have traditionally faced the problems of trying to mimic the feeling of models driven directly by chains and also the efficiency losses inherent in generating the electricity in this way.

Bike2 say their innovative chainless e-bike system has started shipping to manufacturers and that Bike2 expect it ‘to have a great impact on recumbents, cargo bikes and e-bikes for disabled and bike sharing fleets.’

This short video shows what the maker believe are the advantages of their system – stepless power levels and stepless gear changing plus automatic gearing. 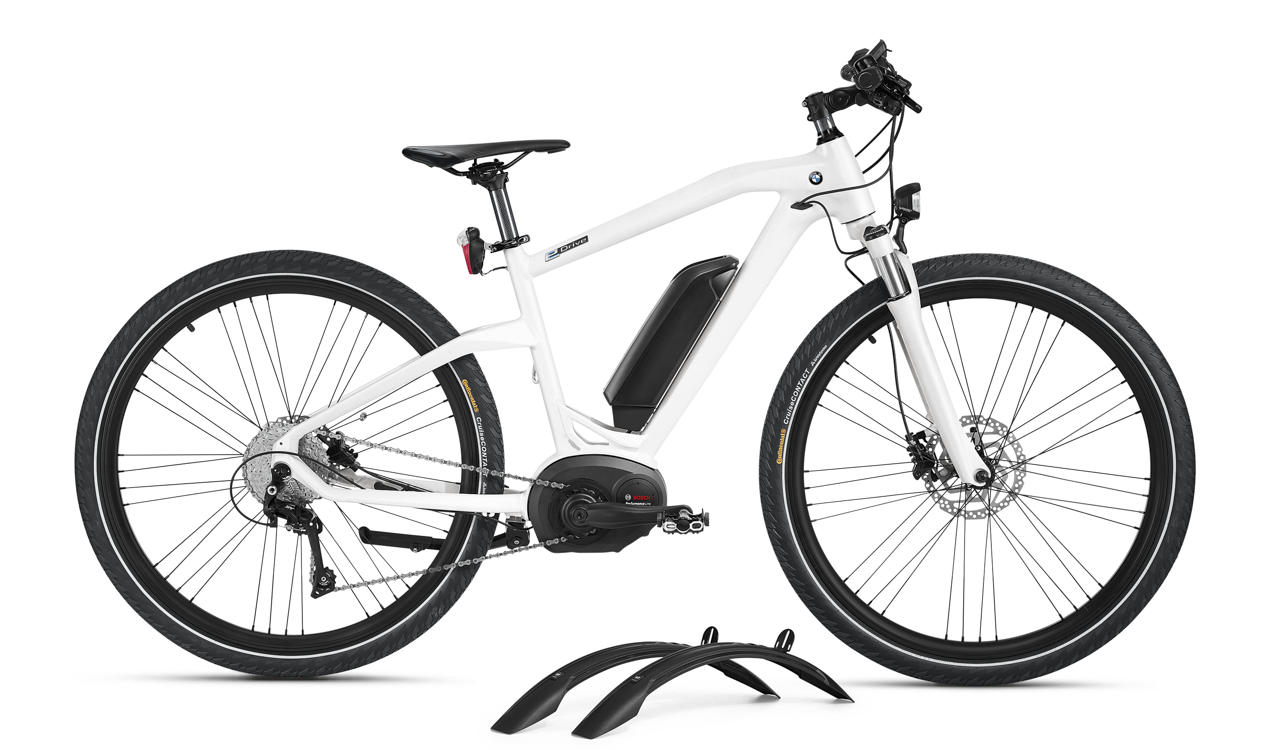 BMW will have their new Bosch powered electric bikes at the remaining 5 Electric Bike Expo events this year that are:

BMW will be the lead partner of the show’s Education Pavilion, designed to help familiarize both consumers and bike retailers alike with electric bikes (eBikes). Bosch is the expo Title Sponsor, Trek Bicycles the Track Sponsor, Tempo Bicycles the Charity Sponsor, and Cannondale the Terrain Trail Sponsor.

The Quebec Times reports that the new operator of Vélib, Paris’s very popular bike hire scheme, will introduce e-bikes alongside conventional bikes in 2018. 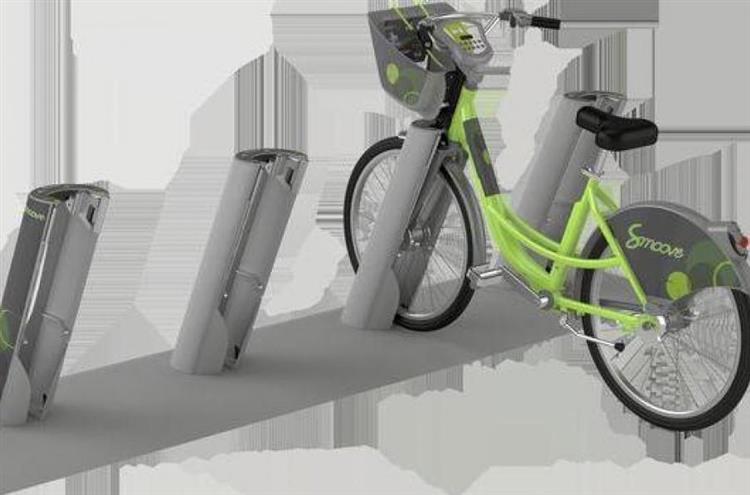 Smoovengo was recently appointed to take over from JCDecaux who have run the scheme from its inception in 2007 since when it has clocked up over 300,000 subscribers, with bikes rented at a rate exceeding one every second.

Only basic details of the e-bike are given in the QT article: they will be identical to non-assist models but with front hub motors electric motor at the hub of the front wheel and they will charge via the docking terminal. 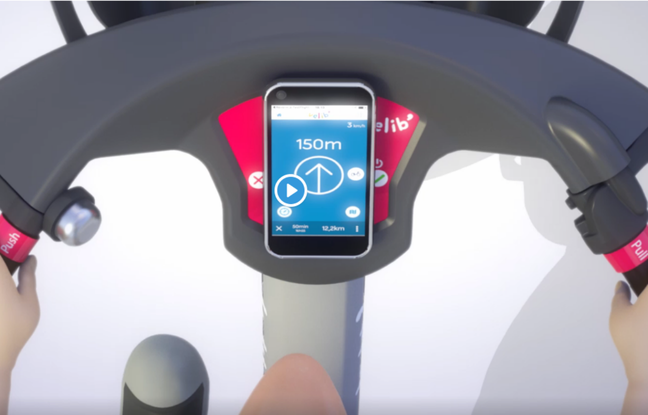 One worry for more valuable public hire e-bikes is theft and Soomvengo say they will use their patented “fork-padlock” to counter this.

According to Bike Europe, ‘The Smoovengo consortium is led by Montpellier-based privately held firm Smoove, which operates city bike rental schemes in several French cities, and a string of international cities including Helsinki, Moscow, Chicago, Vancouver, Bangkok and Marrakech.’

Raleigh City Council recently began contract negotiations with Saint-Georges-based Bewegen and New Jersey-based Corps Logistics for a bike-sharing initiative set to launch next spring that will include 100 e-bikes out of 300 bikes at 30 stations.

This News & Observer article states ‘Bewegen was chosen in part because of its plan to include 100 e-bikes in Raleigh’s fleet.’

“The e-assist option was really intriguing to us because it really opens up bike-share to non-traditional riders, riders that maybe feel like they’re not fit enough, or who maybe don’t want to deal with Raleigh’s hills’ said Trung Vo, Raleigh’s bicycle and pedestrian program manager.

Bewegen’s bikes feature a crank drive and GPS trackers and a fender on the back wheel that offers space for advertising.

The Daily Sentinel reports that Members of the Colorado Riverfront Commission who previously banned e-bikes along the Grand Valley’s 26-mile path have changed their stance. Frank Watt, co-chairman of the commission, told councilors that the issue of whether to allow the bikes on the path would be up to the municipalities along the path.

A recently passed Colorado law removes e-bikes from the definition of motor vehicles, defining e-bikes in three categories. See EBR’s article for more explanation on the ‘Californian model’ that is a good progressive standard aimed at promoting responsible e-bike use.

The Grand Junction Parks and Recreation Advisory Board says Class 1 and Class 2 e-bikes are allowed in areas where all bicycles are allowed. E-bikes had been banned on the Colorado Riverfront Trail because they previously were classified as motorized vehicles.

Bikes and E-Bikes can Save the World

Peter Walker is the cycling correspondent for the UK’s Guardian newspaper and here he talks to WBEZ 91.5 Chicago about his new book Bike Nation: How Cycling Can Save the World. Walker highlights the role for e-bikes in cargo delivery in cities in particular.

Nice video footage here of the forthcoming e-bike test event in Zandvoort, Netherlands making use of the famous motor racing circuit. It says it’s the biggest test event in the Benelux countries (Belgium, Netherlands and Luxembourg) and is held on 18th June, giving the chance to test the latest e-bikes including speed pedelecs with an assisted max speed of 45kmh (28mph).

Here’s a great video on the possible use for a 3D printer in a DIY kit build; looks like a real neat and very lightweight e-bike they eventually come up with….good work Wren! 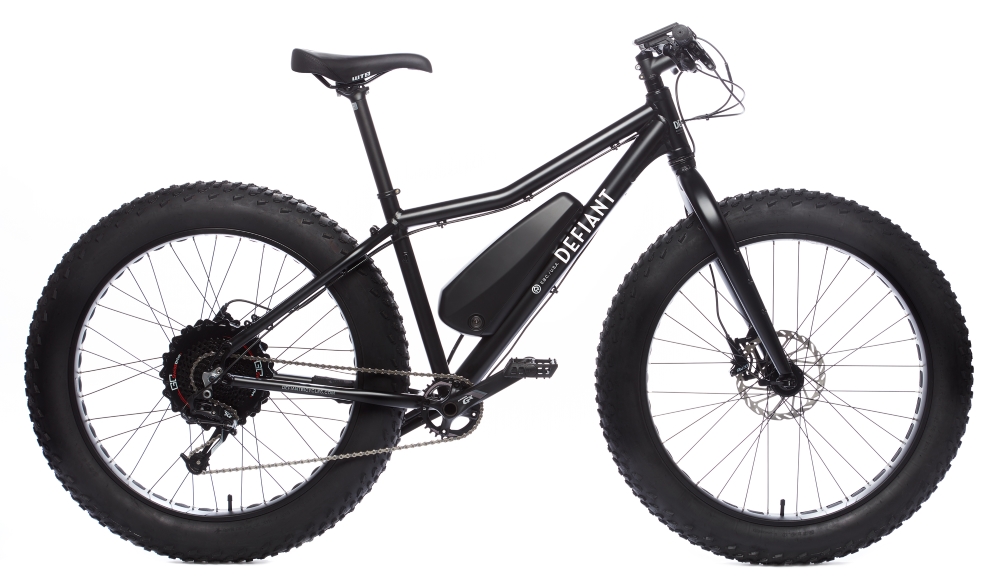 Defiant Bicycles are based in Minnesota and this interesting article highlights their use for urban winter commuting in snowy conditions as well as giving you the low down on these powerful looking machines.

Defiant have an interesting background; check out this interview.

Velec and Trivel Expanding into the US

Alexandre Coulombe (formerly at BionX) has been in touch to let us know he is now working with two Canadian companies, Velec and Trivel, to help their expansion into the US market. 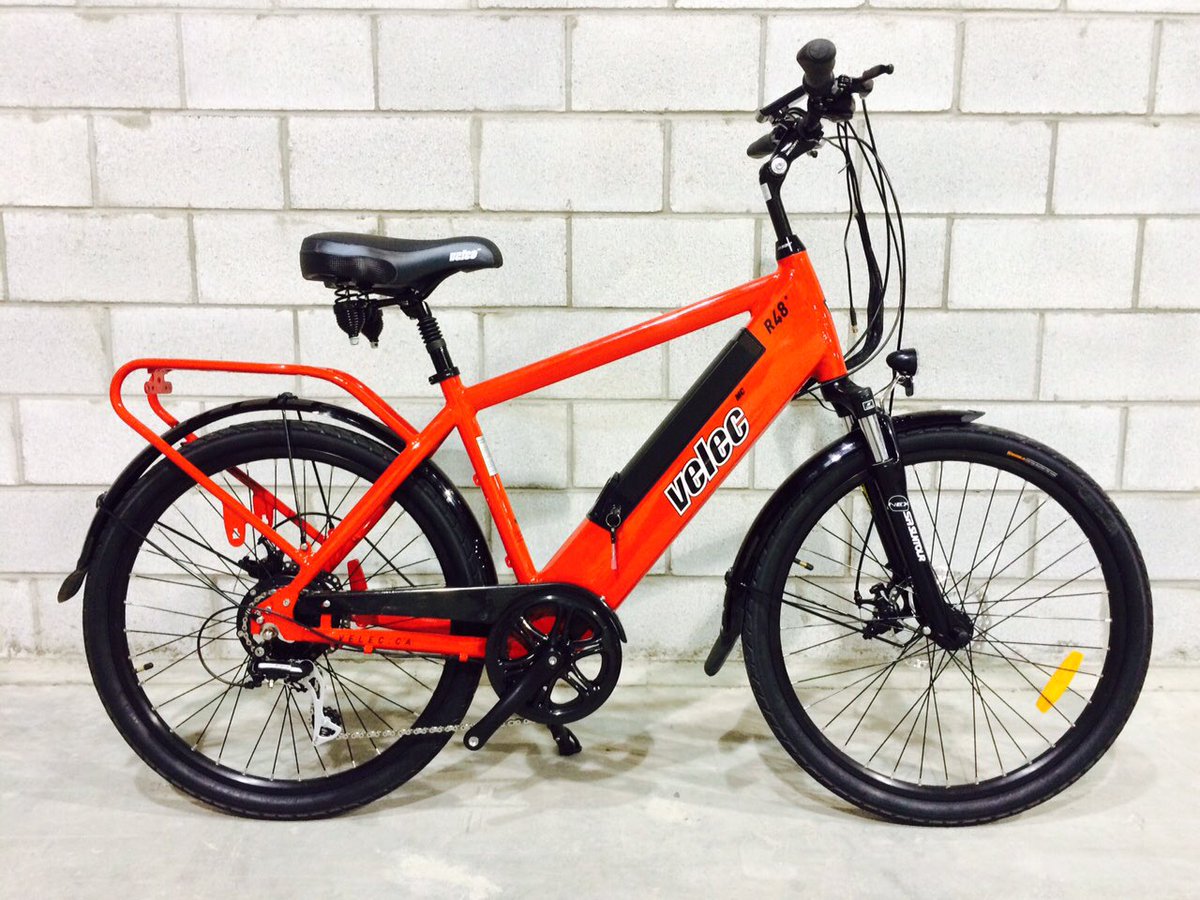 ‘Velec offers an affordable ebike, designed and engineered specifically for the middle-aged client base, along with an amazing after-sales service. As for Trivel, the company manufactures fully adjustable and customizable trikes and sells them mostly through the orthopedic channel for now, but has put everything into place to allow the bicycle industry customers to enjoy their products too’ says Coulombe.