The BULLS electric city bike lineup next year will be a little simpler, be entirely powered by Bosch and (hopefully) will have a dash of color.

BULLS, a long time German manufacturer of electric bikes with a growing presence in the U.S., had much of their Iconic e-commuting lineup (alongside their Copperhead eMTBs) on show at this year’s Sea Otter Classic in Monterey, California. Adam Anderson, BULLS’ North American marketing manager, walked Electric Bike Report through the Iconic e-bike family and what we can expect from the brand in the upcoming year. 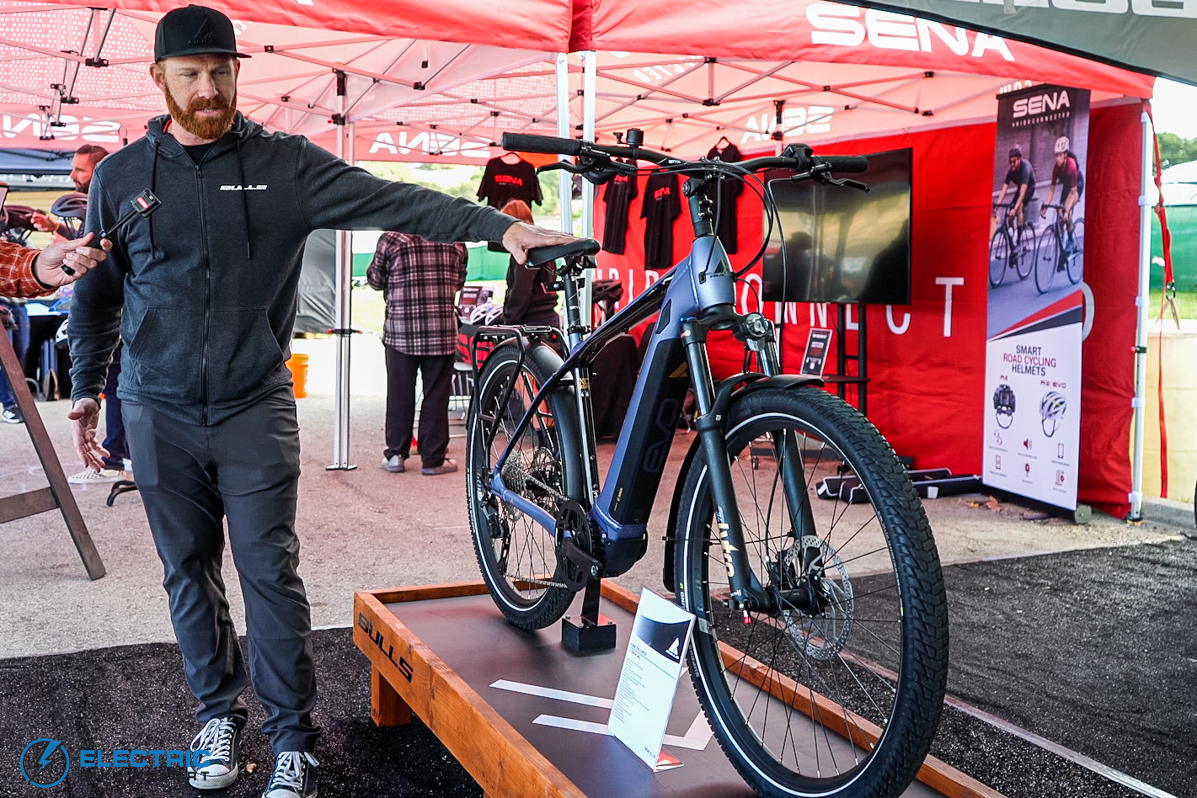 BULLS doesn’t do model years, so while these aren’t technically 2022 bikes, they’re what’s going to be on offer from the brand for the upcoming year. While some of the bikes are similar to BULLS’ existing electric city and commuter lineup, there are some changes coming down the pike. Namely, the entire city and commuting lineup is being paired down and brought into the Iconic family of e-bikes and all bikes will be powered by Bosch systems.

We’re also going to be seeing several BULLS e-bikes powered by the brand new Bosch Smart System, which includes the new 750Wh Bosch battery. There will also be a number of full suspension commuter and Class 3 options. In total, next year we’ll see four different styles of BULLS electric commuter and city bikes with a number of spec levels of each — making for lots of style, price and spec choices. We got to see a number of these in person at Sea Otter.

Full suspension electric commuter bikes are all the rage right now, and BULLS is clearly paying attention to what the people want. 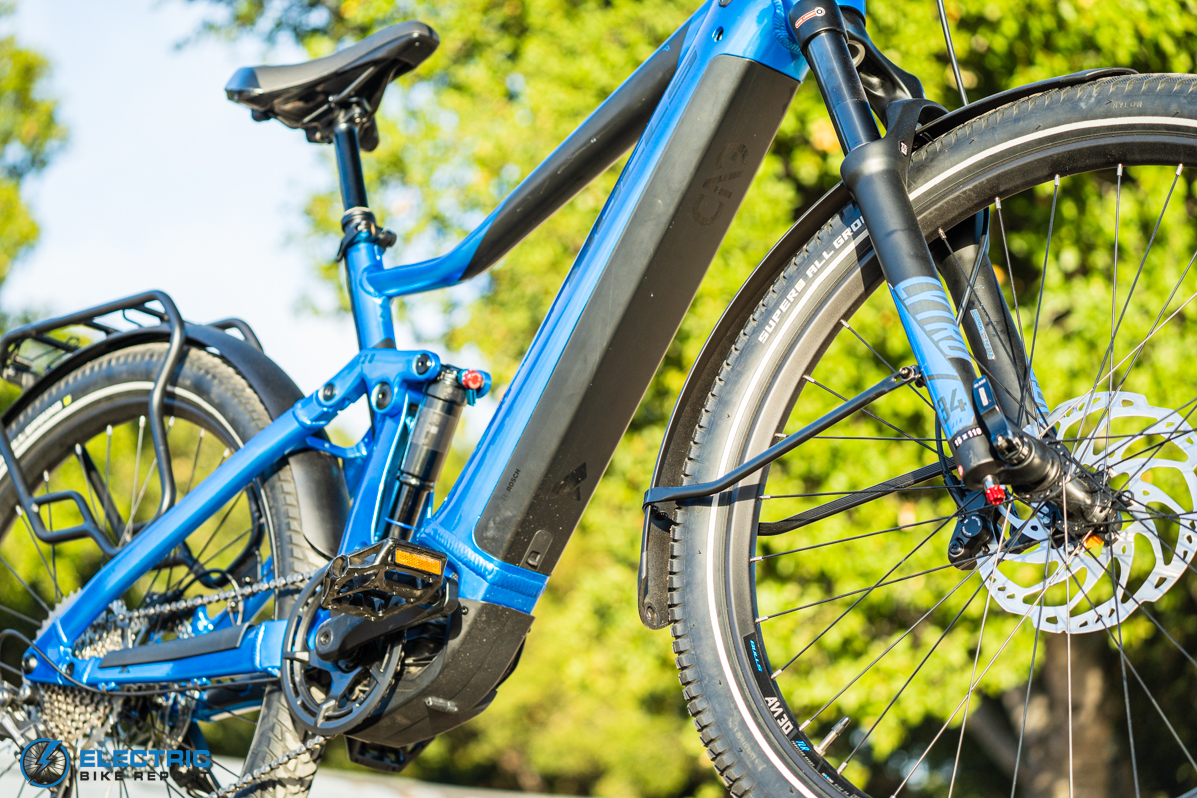 Also referred to as an “eSUV,” full suspension electric commuter bikes are growing in popularity, and BULLS is paying attention.

BULLS is making several spec levels of the Iconic EVO TR commuters for next year, two of which were on show at Sea Otter. The real eye-catcher was the metallic blue Iconic EVO TR 1 750, a Bosch Smart System-equipped commuter powered by the Performance Line CX motor. It’s a Class 1 e-bike, so the motor cuts out at 20 mph, but the CX motor is enormously torquey — making it a great bike for the steeper hills around Sea Otter. 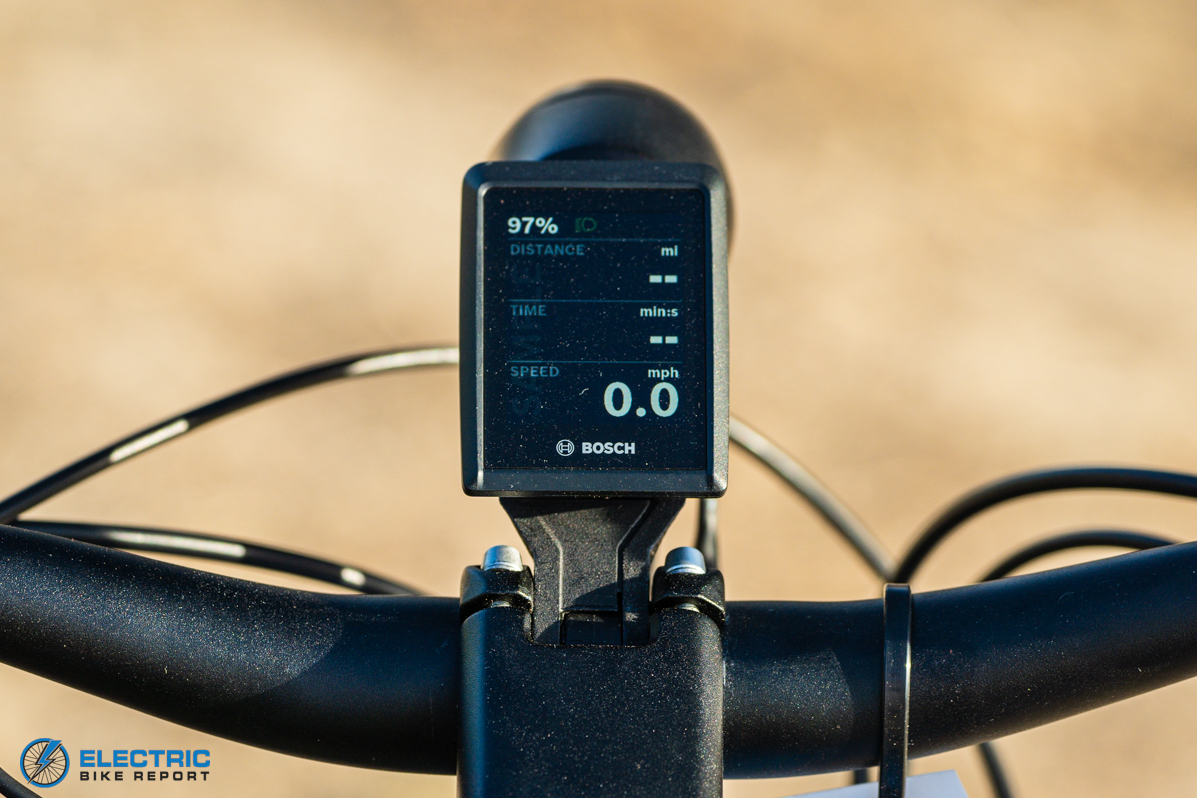 The guys at BULLS were nice enough to loan us this bike for a short window before the show started, and we were impressed with how well it rode. Unlike the Smart System equipped BULLS Copperhead eMTBs, this bike sported the all-new Bosch Kiox 300 display, which with no buttons is very clean on the handlebars. The “750” in its name denotes battery size, meaning this bike is also equipped with the brand new Bosch PowerPack 750 battery. This bike, according to Anderson, was one of just three functioning e-bikes in the U.S. built up with the new Bosch Smart System — all of which are BULLS. 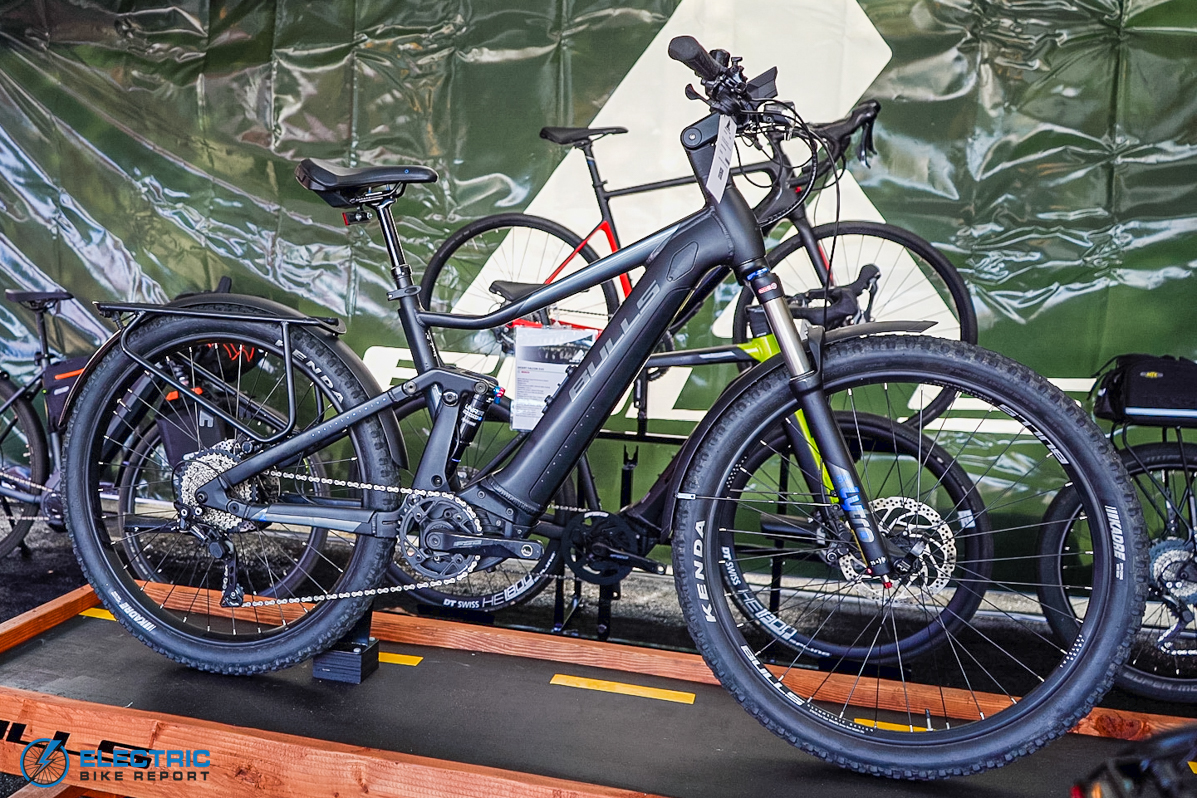 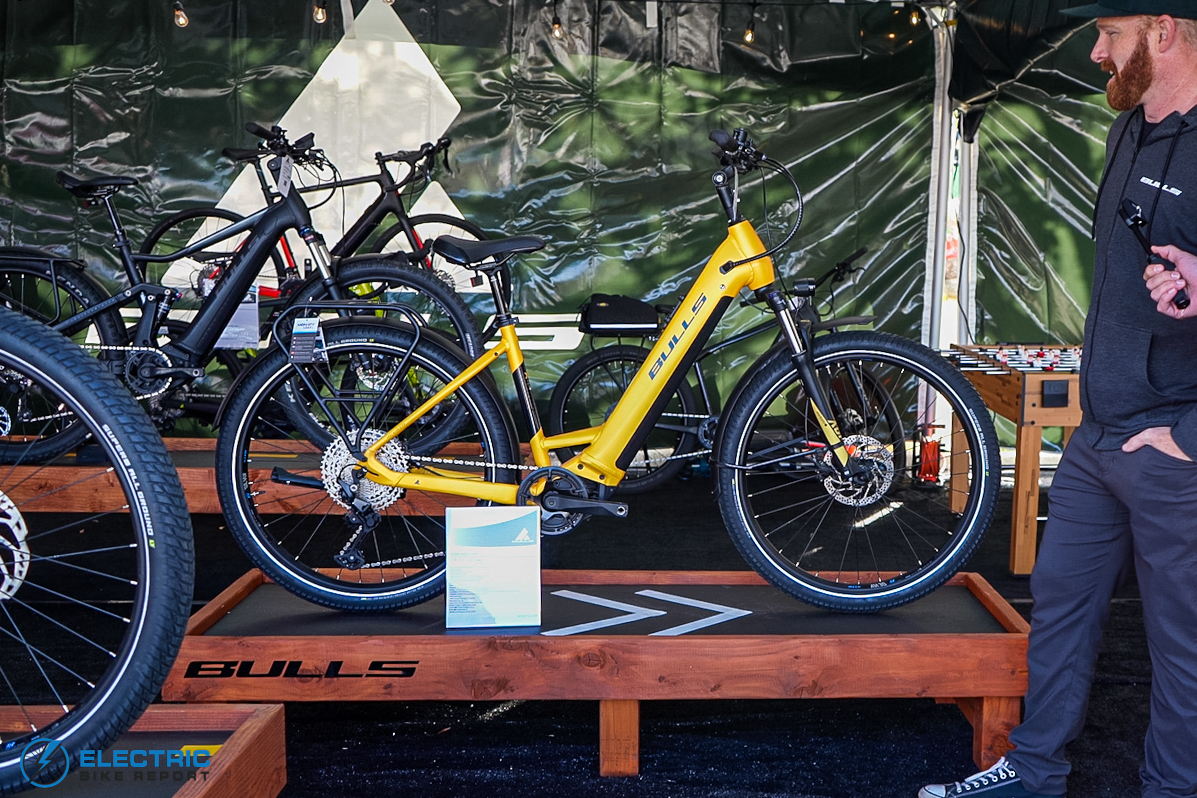 The BULLS Iconic EVO 1 Wave frame in bright yellow. We’re told this colorway hasn’t been made final yet, but we really dig the yellow.

For those not needing a full suspension commuter, BULLS has several hardtail options in their Iconic lineup with most of the same bells and whistles we saw in the TR full suspension version.

BULLS had a Iconic EVO 1 750 and an Iconic Evo 1 Speed at their tent at Sea Otter. The EVO 1 750 is the Class 1 version of the bike (also equipped with the Bosch Smart System) powered by a Bosch Performance Line CX motor and 750Wh battery. It’s build closely matches that of the full suspension version of the Iconic Evo 1, just minus the rear shock. The model we saw at Sea Otter was painted a striking yellow we really liked, though, sadly we’re told that colorway hasn’t been approved yet and it’s absent from the current BULLS catalogue.

Lastly, the hardtail Iconic will also be available in a speed version — the Iconic EVO 1 Speed. Like the full suspension speed bike, this too is equipped with the Gen 4 Bosch Performance Speed motor and a 625Wh battery.