Bosch on Tuesday announced a host of new model year 2022 products and updates for their line of electric bike drive systems that promise to make e-bikes smarter, more connected and go further.

Along with a new 750Wh in-frame battery, a new app, a handful of software updates and a new Bluetooth remote and display, Bosch outlined its vision for a more connected and smarter e-bike — one that can adapt intuitively to your riding style, help you get from point-to-point quicker and interact with other smart devices to become a more integral part of your day. 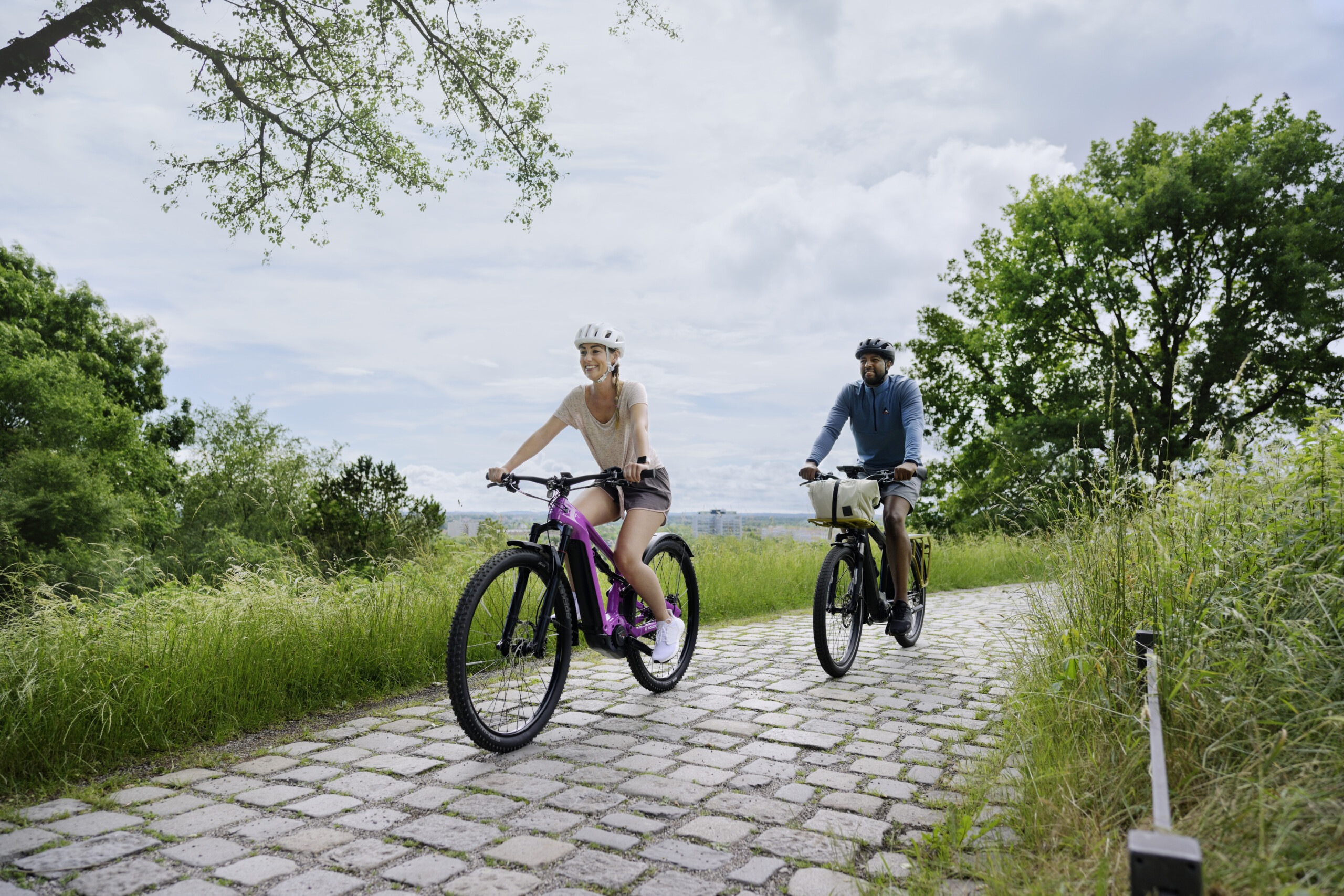 Bosch on Tuesday announced a host of new products and updates for model year 2022.

“The idea is that the physical experience of riding an e-bike and the digital experience of using a smartphone (should) combine very nicely,” Claus Fleischer, CEO of Bosch e-bike systems said during the company’s annual press conference on Tuesday morning.

The updates and new products planned for 2022 are some of the most significant we’ve seen from the German manufacturer in recent years, but new things for the 2022 model year weren’t the only things teased during Tuesday’s press event; Bosch also hinted at several other innovative smart features just over the horizon.

The Bosch smart system: A new display, remote and a new, larger battery

The new Bosch smart system unveiled Tuesday is an amalgamation of an updated version of the Performance Line CX drive unit, an all-new 750Wh battery, and a new Bluethooth control unit and display, all tied together by the new eBike Flow app.

This new smart system is debuting specifically with the Performance Line CX unit, but Fleischer said he expects the technology to encompass the rest of Bosch’s e-bike components in the near future. The new Bosch eBike Flow app will be the informational hub of the new smart system, tracking rides, user profiles and allowing the rider to customize the bike’s drive system.

The eBike Flow app is the new home base for Bosch’s smart drive systems. From there, a rider is able to create individual profiles, track their rides, adjust the top speed and power profiles and even apply over-the-air updates to their machine.

One cool feature of the app Fleischer teased during Tuesday’s press conference was its ability to auto-detect a ride and begin activity tracking without any prompts from the rider — gone are the days when you’ll have to remove your smartphone for your pocket and manually push a button to begin activity tracking. Those activities can be automatically shared with Apple Health.

Also being released as a part of the Bosch smart system is the all-new PowerTube 750 battery, the largest battery ever produced by Bosch. Bosch is also debuting a new buttonless display and a Bluetooth handlebar remote with the smart system.

The display, dubbed the Kiox 300, looks a little smaller and sleeker than some of Bosch’s other displays. Despite its compact size, it still gives you all the typical data you’d expect from a Bosch display, including bike status, ride metrics and fitness data.

Controlling that display is a new LED remote that wirelessly lets you control the bike and your display readout with just the flick of your thumb. A series of LEDs indicate which mode you’re in and how much battery you’ve got left. All in, the slimmed down display and wireless remote make for a much lower profile control interface on the handlebars than some of the other Bosch display systems we’ve seen from Bosch.

Alongside the new smart system Bosch also rolled out a handful of other updates for model year 2022, inlcuding a software update for the Nyon display and the addition of another ride mode to the Performance Line CX motor.

The Nyon update, which can be applied over-the-air vie the Bosch app or Wi-Fi, feeds AccuWeather forecast data to the Nyon display that’ll give riders current temperature data and a rolling feed of the forecast for the next five hours. For the Performance Line CX motor, Bosch has added a Tour+ riding mode optimized for longer tours. This is a dynamic mode that optimizes rider input at lower power and provides natural support at higher rider input, giving a longer range.

But aside from announcing new products and updates for the coming year, Fleischer spent a lot of time teasing Bosch’s vision for the future. Which included a short video that hinted at how Bosch sees its e-bike technology interacting with riders and other smart devices in the near future.

That video featured a voice that riders referred to as “Flow,” which presumably is a voice-control technology similar to Apple’s Siri. Riders in the video assured “Flow” they were OK after hard braking into a corner, and at one point even placed a breakfast order. It also hinted that Bosch plans to integrate with navigation apps, technology like ABS and even calendar apps — all things no e-bike currently does.

Fleischman said the Bosch smart system debuted this week is just the first step towards making those technologies a reality.

“We are convinced that the fully connected, smart eBike will redefine the mobility of tomorrow, both for short trips in everyday life and for extended rides in leisure time,” says Claus Fleischer. “The smart system equips the eBike with more intelligence, comfort and safety for the mobility of the 21st century. This is how we are turning our vision of the e-bike mobility of the future into a reality, step by step.”