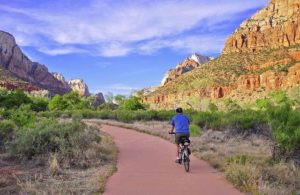 In practice this means park visitors will be able to use e-bikes in the same way they use traditional bikes which, according to a National Parks press release, is “on park roads, paved or hardened trails, areas designated for off-road motor vehicle use and administrative roads.”  END_OF_DOCUMENT_TOKEN_TO_BE_REPLACED