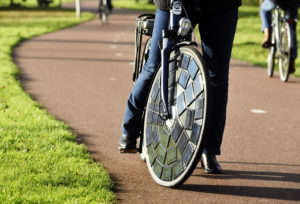 Dutch company Solar Application Lab (SAL) is pursuing the dream of bringing to market the electric Solar-bike that never needs to be plugged in to recharge it.

SAL say ‘It is a new type of mobility that is smart, healthy and sustainable. It’s easy to use, low cost and provides benefits for individuals and society. Commuters traveling small distances are often stuck in traffic jams but can easily switch to the solar bike to experience the freedom and advantages of this technology.’

The Solar-bike (also called the S-bike) features a front hub motor along with 60 mini solar panels which, SAL says, provides for their generation 1 system’s 396Wh battery with an average of 35 to 40Wh per hour during daytime under the fairly clouded Dutch skies.

According to SAL these figures mean extending an E-biker’s daily range by 45 to 50 kilometers – so if you ride less than 45km daily you are already ‘unplugged’. 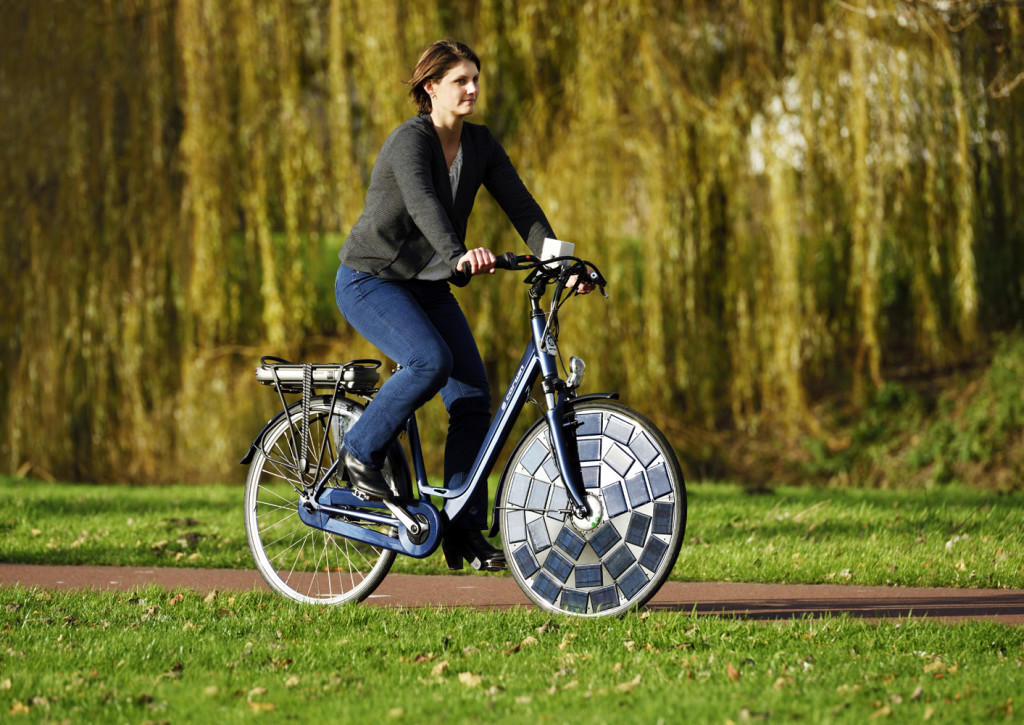 At the heart of the Solar-bike is patented nano-inverter architecture ‘allowing more efficient use of a cluster of cells, allowing stable, meaningful levels of power even under partial shading and at fast varying light angles and conditions’.

The first prototype was based on well-established monocrystalline solar cell technology.

SAL is now working in close cooperation with Eindhoven University of Technology (TU/e), Segula Technologies Nederland and E-BikeNL, to develop a second generation technology based on newer types of solar cells. This technology is long term compatible with their nano-inverter system.

SAL are now clearly ready to move on from the prototype stage towards scaling-up production.

Interest in the project from the likes of engineering giant Segula gives the project further impetus. Patrick Smulders of Segula commented “Segula is closely involved in the development of this unique product, is responsible for the system architecture of the S-bike, and is involved in the development of the charging strategy. It is certainly a very interesting business case.’

Dutch firm Ebike Netherlands, that develops, manufactures and distributes e-bikes, are also impressed with the Solar-bike. Ebike’s Arno Cup commented ‘We plan to offer the solar S-Bike through our own Ebike4all shops and retail channels…… From the moment we got our hands on a test model our team were very impressed. We think the S-bike will complement the future green transport scene.’ 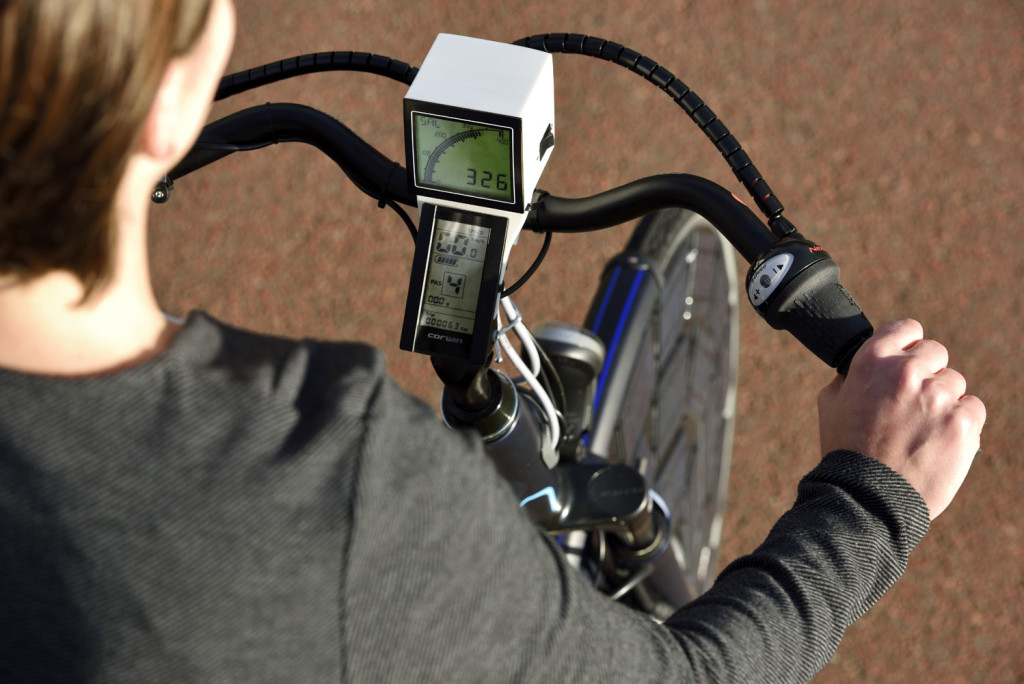 So what else is on the horizon for SAL’s S-bike?

Mark Cox from TU/e says that they are trying to foster a European Solar Trip Challenge for students and are also actively looking at other energy efficient options that could be incorporated into the Solar-bike, for example, the recovery of braking energy and the wireless sharing of power with other bikes. 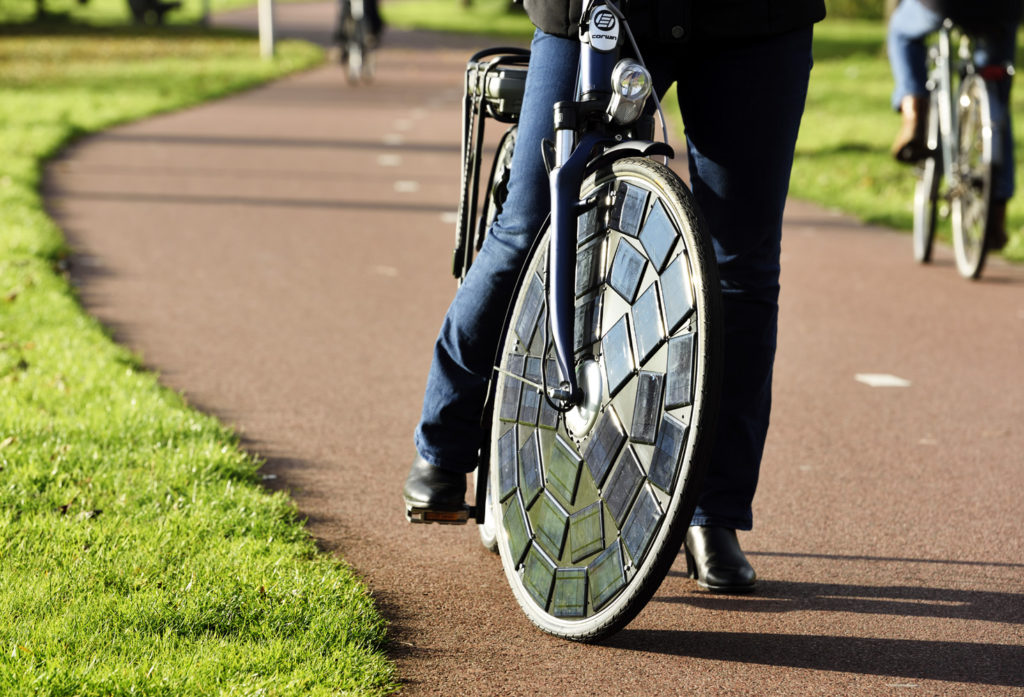 There is a clear timetable too, as Marc Peters from SAL explains:

‘The expanded testing process will start in 2 months and it will take around 6 months. It will be in the form of a ‘user acceptance test’. At least 240 testers will tell what they think of the system and how this system helps them in doing their daily bike trips and chores. In essence we aim to launch generation 1 no later than Q2-2017. By that time we will strive to have at least 300 gen 1 test bikes on the road. And we promise the early adopters of the Solar-bike that they will get a gen1 or gen2 S-Wheel at a highly reduced rate.’ 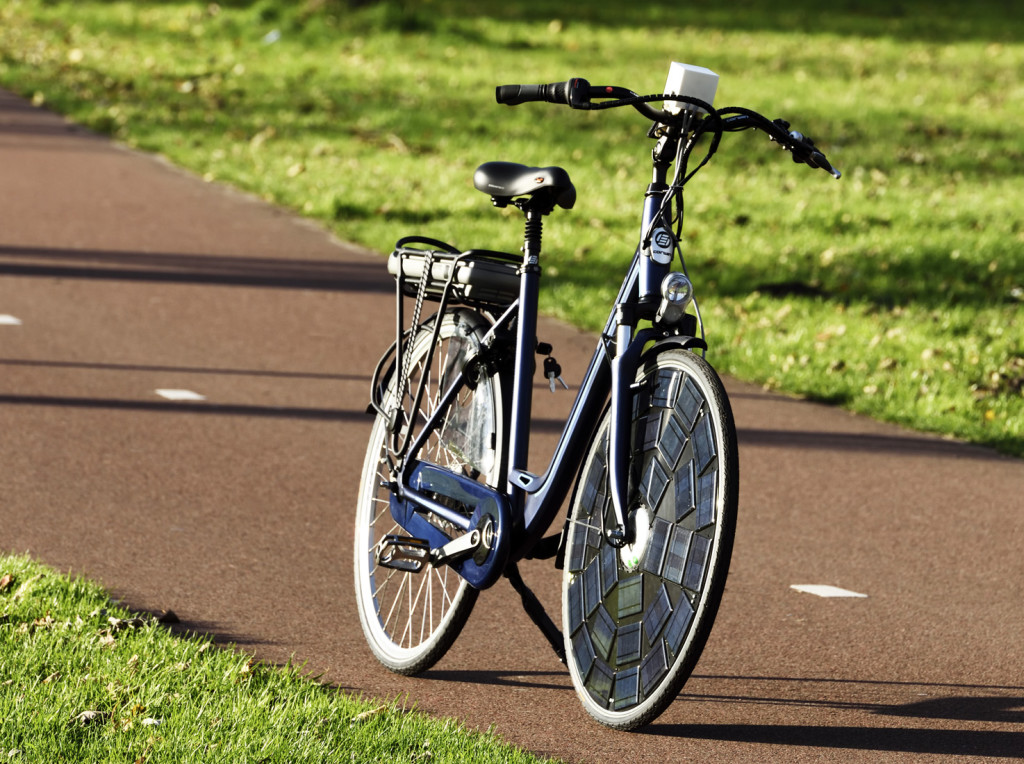