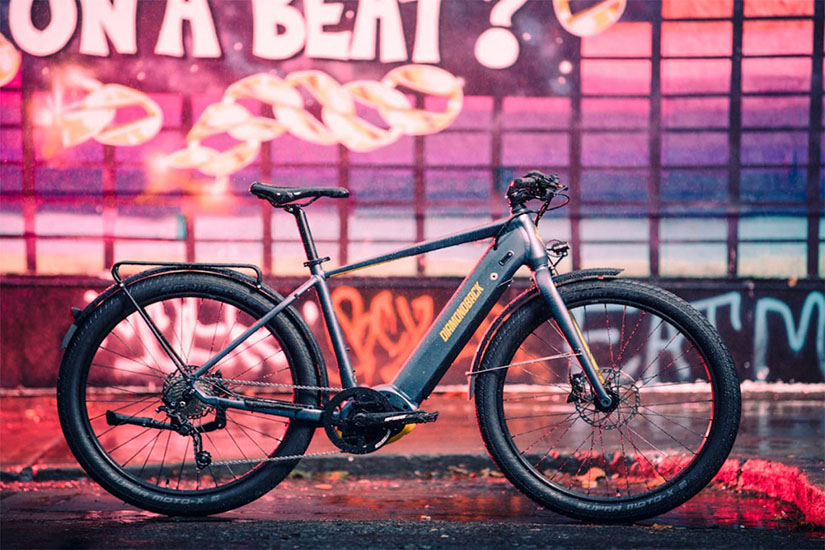 Class 3 e-bikes – or speed pedelecs as they are known in Europe – seem to be flavour of the moment, with no less than five new models from quality brand names appearing on the scene this week. There is also further evidence, this time from the UK, of the trend for ‘crossover’ e-bikes or those that blend attributes from different traditional genres of bike in an attempt to make an e-bike that ‘does more’ and will appeal to a wider audience. And if you have ever wondered how you can e-bike on water this week’s news will tell you just how!

Diamondback has announced an all-new four e-bike model offering as part of their spring 2021 lineup and all bikes are powered by Bosch mid-drives. Diamondback has stayed away from hardcore full-suspension off-road models with its first four e-bikes which are: 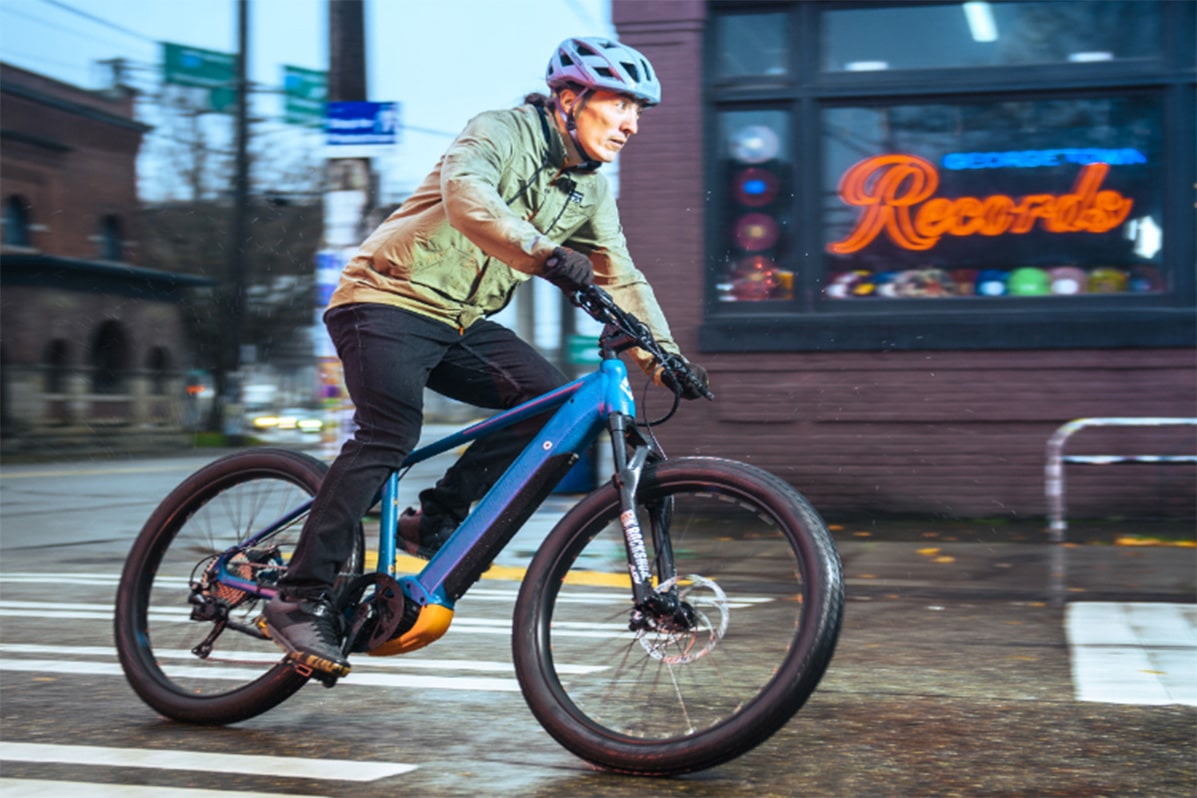 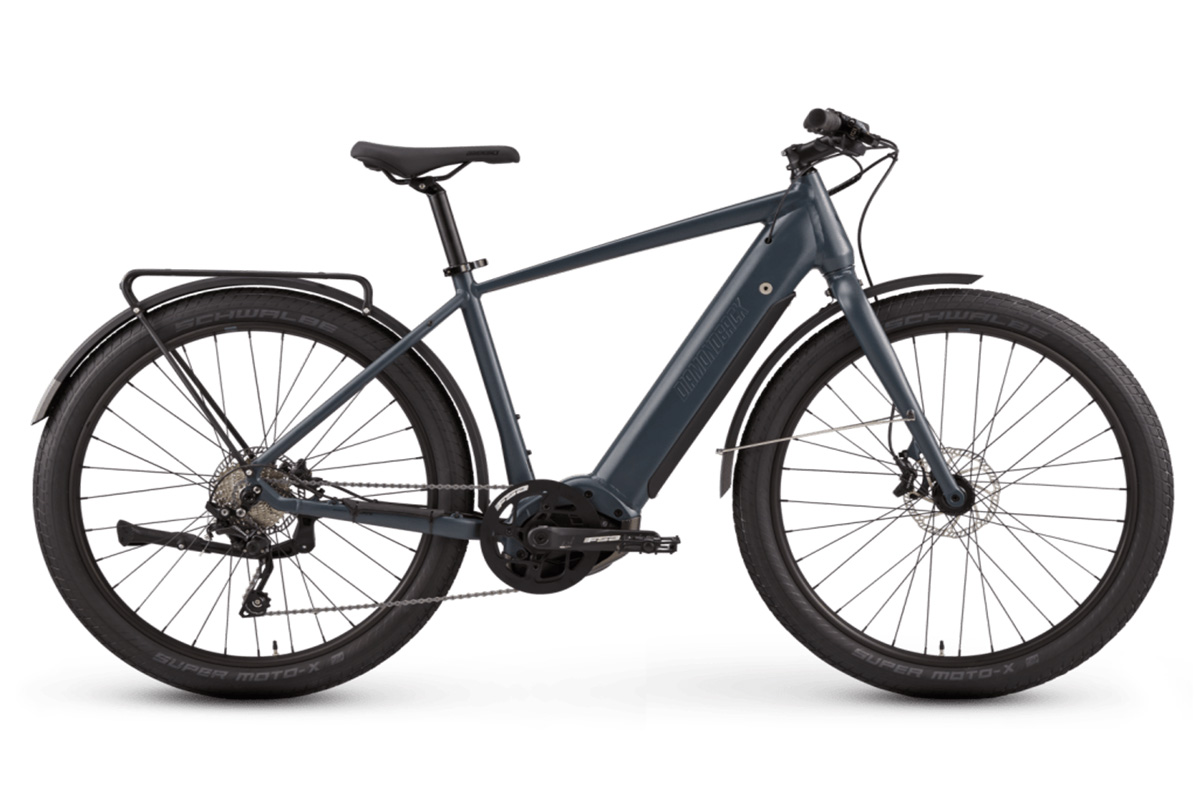 The Union 1 is an out and out city bike

Similar to the Union 1 but with upgraded Shimano hydraulic disc brakes and the inclusion of built-in LED lighting, a Bosch Kiox colour display and a larger 500Wh battery 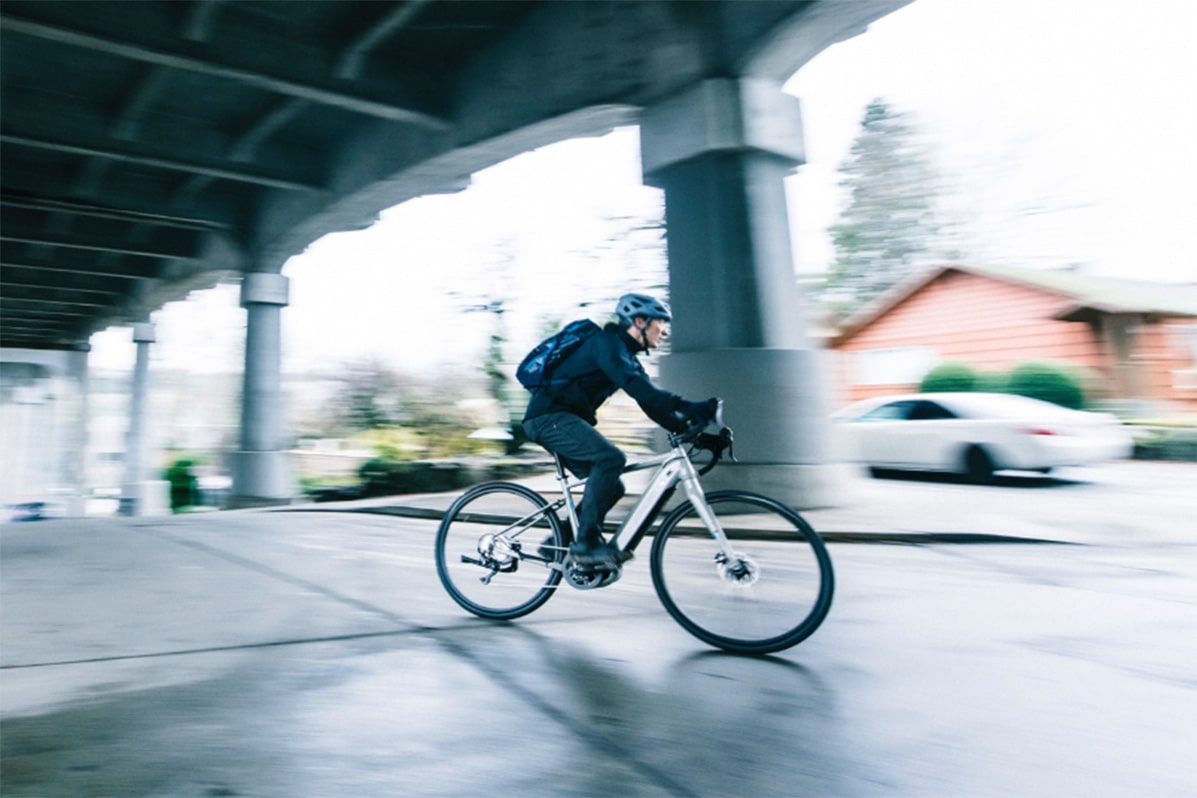 Diamondback are certainly saying these bikes can perform judged on the launch video:

Class 3 certainly seem to be flavour of the month, as Cannondale has just rolled out their latest e-bike, a class 3 28mph assisted model featuring Bosch’s Performance Line Speed mid-drive. The motor system on the new Tesoro Neo X Speed has impressive stats of 340% assist in Turbo setting and a max torque of 85Nm (Newton Meters).

It comes with a 625Wh in-frame battery but is described as being ‘dual-battery-ready’ and comes in four frame sizes. There’s also a Suntour Raidon 100mm travel fork, Shimano Deore 12-speed drivetrain, and Magura MTNext hydraulic disc brakes with brake lights.

Of course class 3 speed pedelecs do have some downsides; you may be limited to which particular bike paths you can go on (all depending on state laws in the US and Canada or national laws in Europe) and they also tend to use your battery reserves up more quickly as more assisted speed means significantly more battery use. 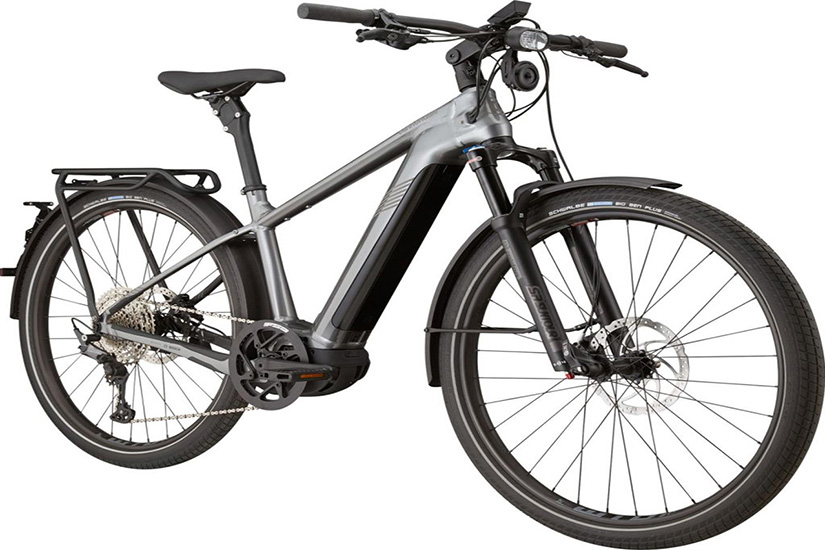 UK brand Cairn have released the BRAVe line of two ebikes that they describe as ‘A 21st century take on the touring bike’ adding ‘the BRAVe takes all the great features of gravel and mountain bikes and combines them into one do-it-all bike’.

Both models – a drop bar and a straight bar version use Shimano E7000 mid-drives – the company’s more affordable and slightly less powerful e-mtb capable mid-drive (topped in power only by their E8000 and EP8 mid-drives). The E7000 has garnered impressive reviews. Both have a semi-integrated 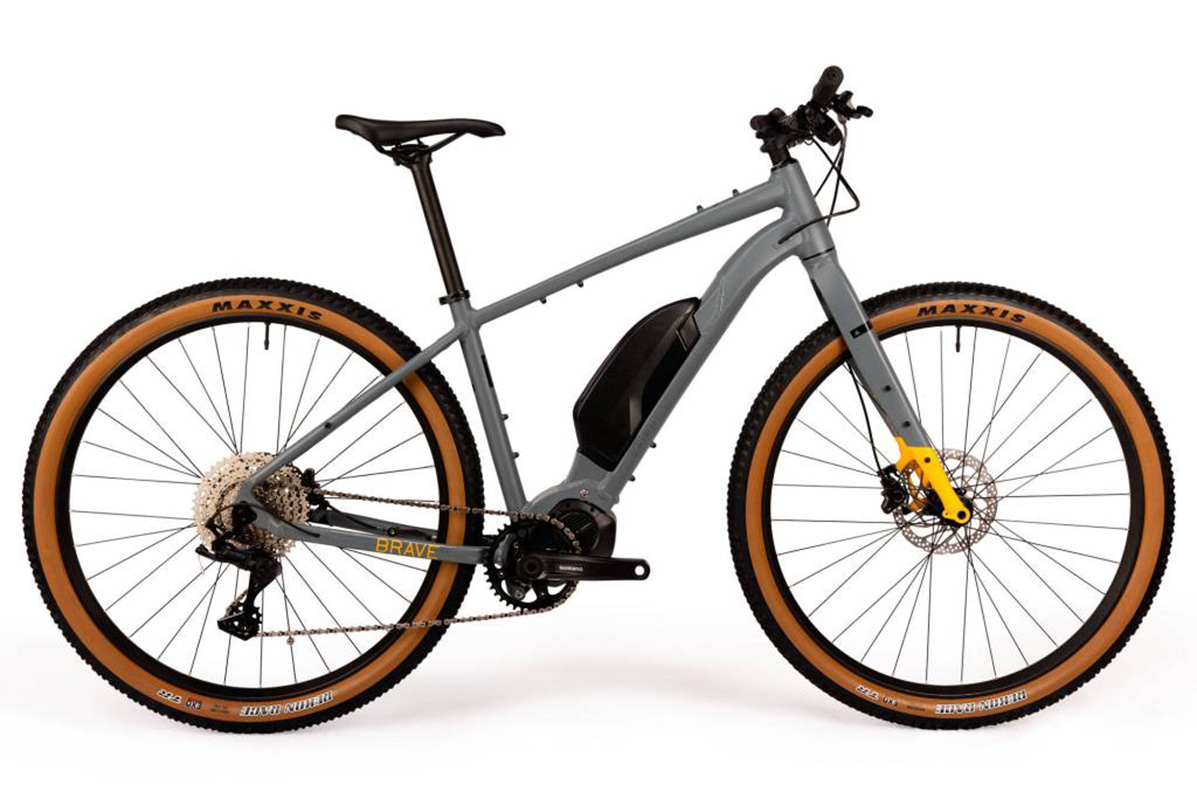 Ride By All English Cathedrals

The UK’s Bikebiz reports that a new UK cycle route linking every English cathedral is set to be launched in Bike Week (May 30th-June5th), thanks to a partnership between the Association of English Cathedrals, the British Pilgrimage Trust, Cycling UK and Sustrans. It will link all 42 Church of England cathedrals in a new initiative to promote greener travel and mental and physical wellbeing.

According to Bikebiz ‘The 2,000-mile Cathedrals Cycle Route is the invention of academic, entrepreneur and keen cyclist Shaun Cutler from Northumbria University and is designed to help us all out of lockdown with opportunities for short cycle rides between cathedrals, new partnerships and fundraising for physical and mental wellbeing activities.’ 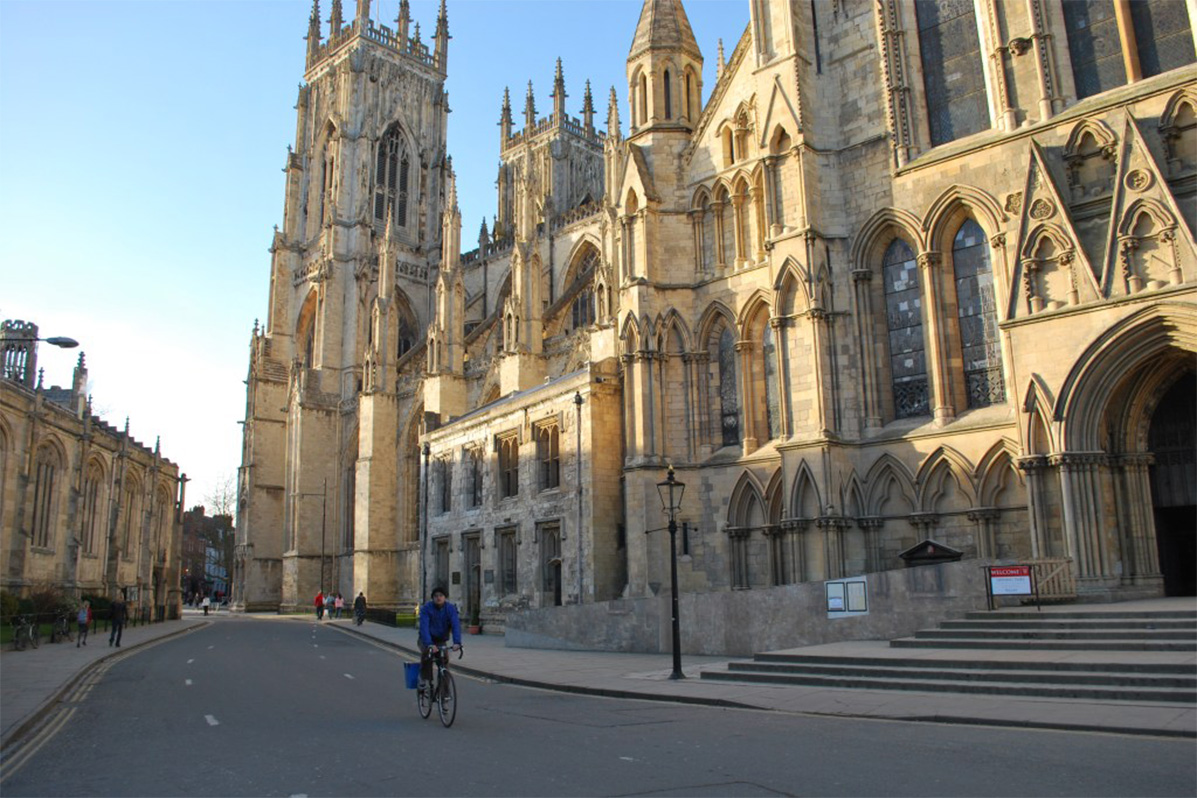 Stuff’s New Zealand version reports on a ‘successful first attempt of crossing Cook Strait on an e-water bike. The Waikato based Manta5 team crossed the 26 kilometre (16 mile) piece of water on Tuesday with Hayden Reeves in the saddle.’ It took them two hours and twenty minutes.

If you are wondering just what a hydrofoil e-bike all is revealed in this video:

Cycle insurance specialist Bikmo has launched a heat map that demonstrates just where bike and e-bike thefts occurred in England and Wales throughout 2020. Perhaps not surprisingly areas in cycling hotspot London came out top in the bike thefts per 100,000 people stats, though curiously some provincial cities ranked much higher than others, with Manchester coming near the bottom. 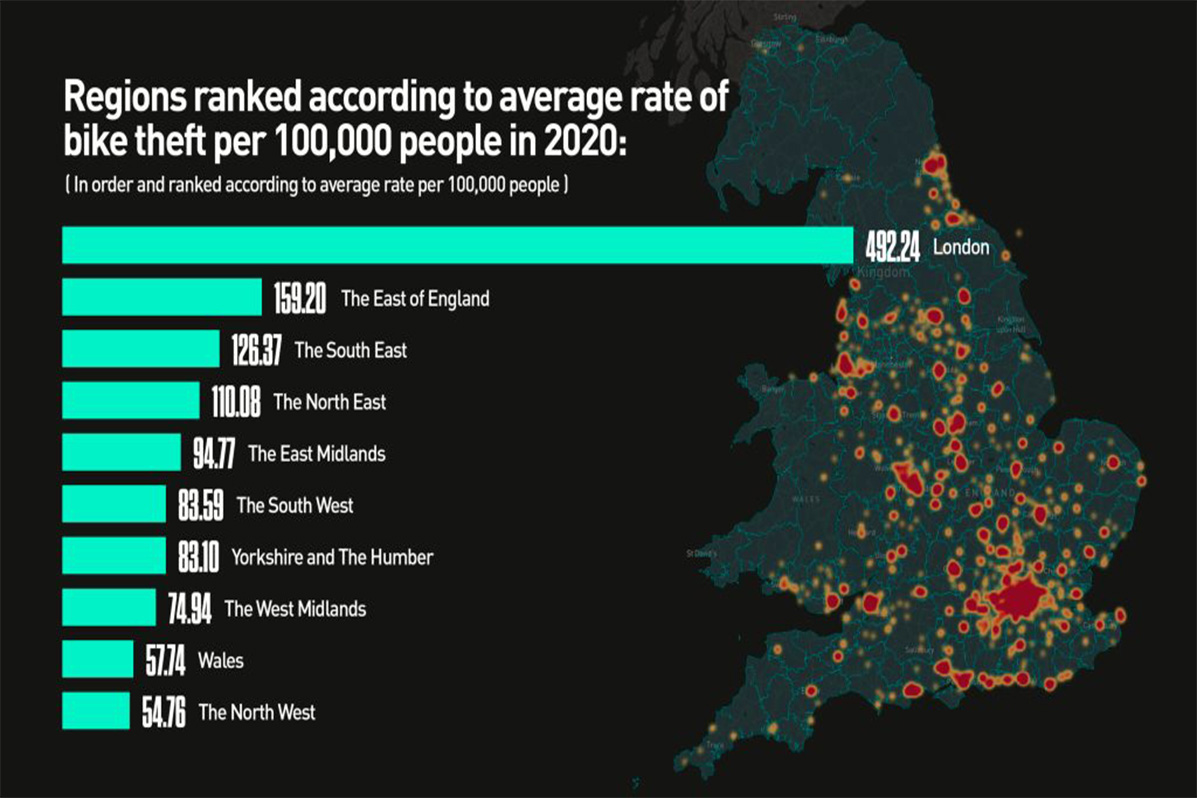 The UK’s Nottingham Post reports that ‘An elite level hockey player has been banned from driving after he was caught over the drink drive limit riding an e-scooter.’

After police spotted a pair of rental e-scooters being ridden erratically in the early hours of the morning a man was arrested and taken to the local police station where a second breath test showed he had 72 micrograms of alcohol in 100 millilitres of breath – slightly more than double the legal limit.

It appears – probably like many e-scooter riders in the UK – that the 19 year old defendant didn’t realised he was effectively driving a vehicle on the same legalfooting as a car or motorbike. He had a clean driving licence, pleaded guilty, was banned from driving for 18 months, fined £120 and ordered to pay a victim surcharge of £34 plus court costs of £85.

Only government sanctioned rental scooters are legal to use on UK roads (like the Wind ones in this case) and even they, as the above demonstrates, they are subject to motor vehicle law in many instances. 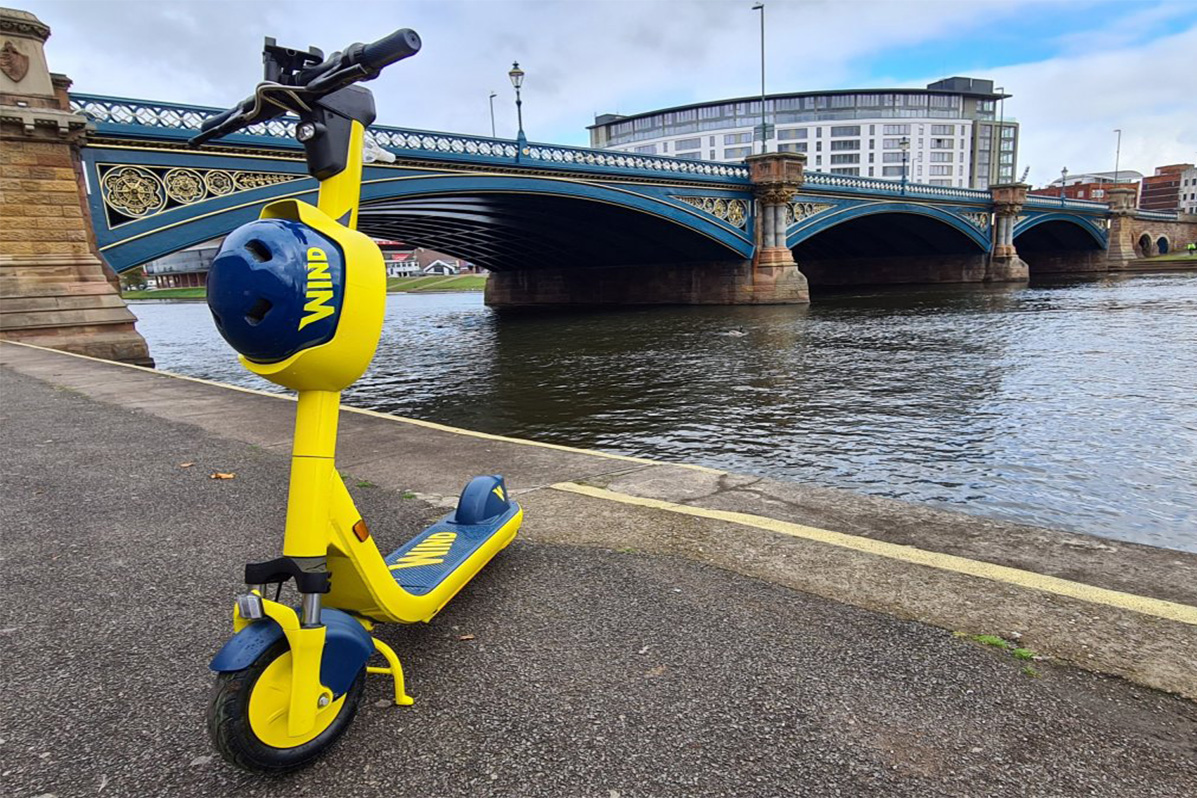 Portland, Oregon is well-known as one of the most pro-active biking cities in the US. But even there cycling activists sometimes need to fight their corner to promote bike safety it seems.

Streetsblog carries this detailed post on a scheme for a section of heavily-trafficked and dangerous Hawthorne Boulevard and City Hall’s transport bureau’s strange reluctance to introduce segregated bike lanes.

As the article explains, ‘Hawthorne is an extremely dangerous street for people walking, biking, and driving (it’s one of the city’s High Crash Streets and sees hundreds of crashes every year)…’

As the article makes clear, there is a ‘shovel ready’ plan for a cycle lane but PBOT (Portland Bureau of Transportation) seems to have rejected this relying on ‘racial equity and climate justice claims—that not only weren’t grounded in any facts, but run completely orthogonal to data-supported equity- and climate-friendly urban planning best practices—to justify a street design that data shows will decrease safety (and/or maintain currently unsafe conditions), and maintain current inequitable and anti-climate outcomes’.

No doubt there are many similar controversies across the US but being in one of the US’s ‘bike capitals’ it makes it even more important to send out the right message to those looking to follow the example of a truly bike friendly city. 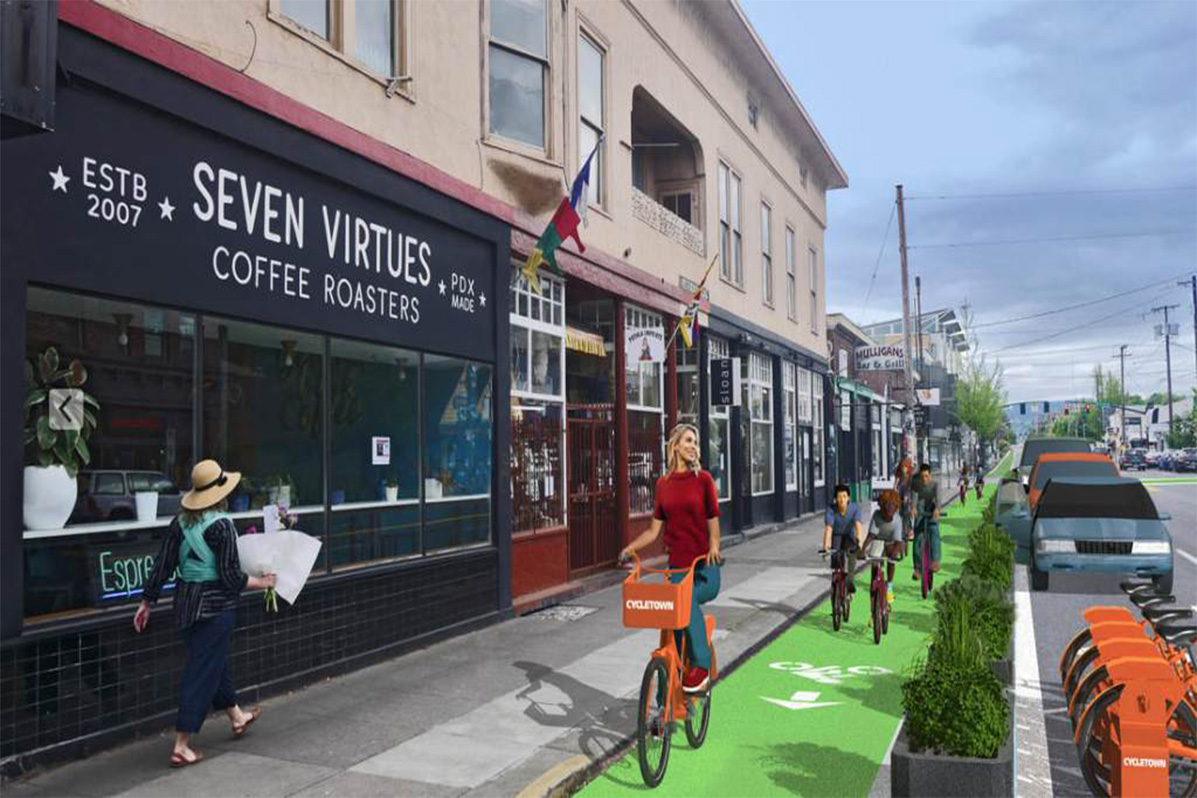 According to Bike Europe ‘Pierer Mobility, known for their Husqvarna, R Raymon and Gasgas e-bikes and battery manufacturer Varta have joined a strategic cooperation. The two companies aim to collaborate more closely in the e-mobility sector with a strong focus on the development of highly efficient battery systems for electric two-wheelers.’

As the article details, Varta had previously entered the e-bike market only to withdraw, so this joint enterprise represents their re-entry.

The Rise and Fall and Rise of Chinese eBikes

China has long been ahead of the pack when it comes to e-bikes – in terms of mass adoption at least, with use there dwarfing e-bike use in all other countries. As early as the 1960s Mao Zedong’s infamously radical communist government was experimenting with the e-bike’s potential though the technology was clearly not ready to power a great leap forward. By 1991 the governemnt’s National Science Board named e-bikes as one of the ten key scientific development priority projects in the 9th Five Year Plan.

All hasn’t always gone smoothly though; initial success after official promotion in 1990s saw a backlash as various cities attempted to ban e-bikes due to widespread flouting of weight and speed restrictions – in reality may early e-bikes were more akin to speedy electric mopeds. In one single crackdown Changsa city traffic police are said to have handed out 60,000 tickets in five days for illegal use of e-bikes. Another notable problem that emerged was them mass of lead acid batteries used in 95% or early e-bikes; when discarded it was estimated they emitted more highly damaging lead into the atmosphere than many other forms of transport.

The story has recently been updated by this Bloomberg article. It reveals there are some 300 million electric bikes on China’s roads and predicts ‘that number is predicted to surge on the back of rising popularity and policy initiatives.’ Despite being the world’s largest car market, it appears there is still plenty of mileage left in e-bikes as their popularity has surged recently following the trend in many other areas of the world:

‘The number of electric-bike makers in China underscores the sector’s potential. There were around 51,600 e-bike manufacturers registered in China in 2020, up 83% from 2019, government data show. And 223,000 companies were in businesses related to the electric-bike industry as of February. Investors have cottoned on. Shares of Yadea, a Shanghai-based, Hong Kong-listed company that designs and makes electric scooters and bikes, have risen almost 815% over the past 12 months; Jiangsu-based Ezgo Technologies, which is listed on Nasdaq and which makes e-bikes with lithium batteries, soared 350% in its trading debut in January.’

It also appears that new laws are finally having an impact and have also contributed to the sales surge, as the article tells us ‘New nationwide standards around electric bikes were introduced in April 2019, governing things like a bicycle’s weight, maximum speed and nominal voltage. Two-wheelers that don’t comply don’t get registered. Given an e-bike’s lifecycle tends to be about three years, many consumers are on the lookout for a new set of e-wheels that ticks all the boxes.’ 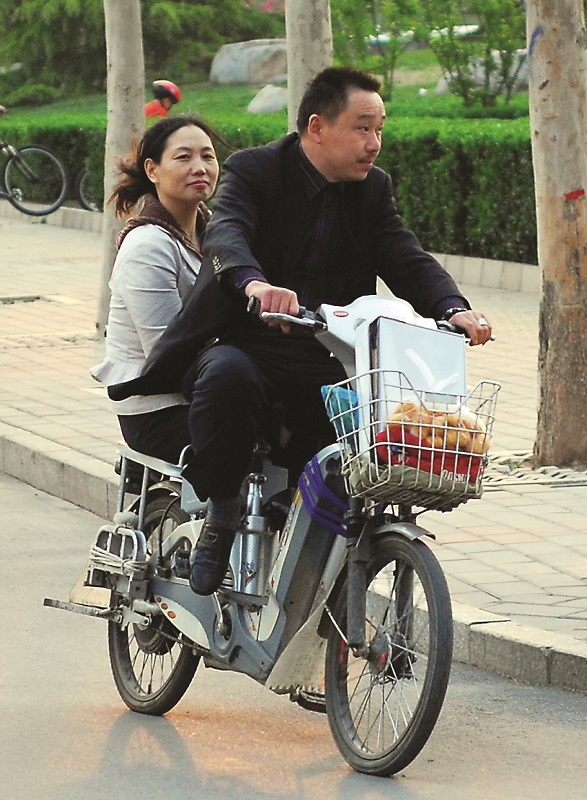