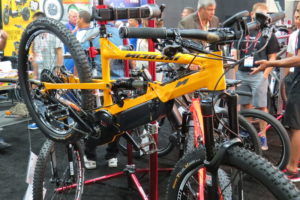 Grace and Nicolai are both high end electric bike brands from Germany and they are now both available in the US.

Grace has made waves in the e-bike industry with their powerful and solidly built Grace One, off road worthy MX, urban style MXII, and their sleek looking Grace Easy.

Nicolai has been making high end mountain bikes for a long time with options like the Pinion gear box and Gates Carbon Belt Drive, among others. The electric bikes that they are bringing to the US highlights END_OF_DOCUMENT_TOKEN_TO_BE_REPLACED

Ohm Electric Bikes had a their newly updated XU700 e-bike on display in a few places around the show.  The new frame looks pretty cool with its hydro formed aluminum tubes.  They have got a futuristic look going for this 2014 model! END_OF_DOCUMENT_TOKEN_TO_BE_REPLACED 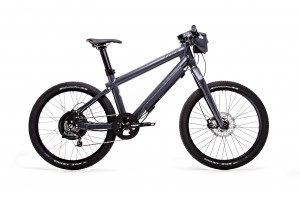 Grace from Berlin Germany, is bringing their high end electric bikes to the US market.

Grace electric bikes are high performance electric bikes from Berlin Germany.  They made a splash in the e-bike scene with their fast, powerful and expensive Grace One.  Now they have added a new bike, the Grace Easy and they are ready to expand into the U.S. market.

Checkout this press release from Grace about their entrance into the US market and more info on their high end electric bikes (including a video)! END_OF_DOCUMENT_TOKEN_TO_BE_REPLACED