On February 9th, 2021, Congressman Jimmy Panetta and Congressional Bike Caucus Chairman Earl Blumenaur introduced the Electric Bicycle Incentive Kickstarter for the Environment Act to the United States House of Representatives. The proposed E-BIKE act has been submitted in order to kickstart and encourage increased demand for electric bikes by way of a tax credit for all United States citizens. Speaking on his proposed bill, Congressman Panetta had this to say:

“E-bikes are not just a fad for a select few, they are a legitimate and practical form of transportation that can help reduce our carbon emissions. My legislation will make it easier for more people from all socio-economic levels to own e-bikes and contribute to cutting our carbon output. By incentivizing the use of electric bicycles to replace car trips through a consumer tax credit, we can not only encourage more Americans to transition to greener modes of transportation, but also help fight the climate crisis.”

What is the E-BIKE act?

The proposed bill, if passed and signed into law, would result in a full refundable tax credit for those who take advantage of the proposed legislation. While the full rules and regulations surrounding the bill are currently being debated by congress, the following restrictions are part of the current bill:

END_OF_DOCUMENT_TOKEN_TO_BE_REPLACED 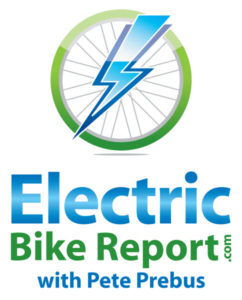 Electric Bike Report is in iTunes!  In this video I go over how to get Electric Bike Report videos (reviews, news, maintenance tutorials, etc.) downloaded to your computer automatically with iTunes.  Then you can add the videos on your iPhone, iPod, iPad, iTouch, for viewing when you have some down time!

If you already have iTunes installed on your computer you can subscribe to Electric Bike Report with this link.

If you don’t have iTunes installed on your computer your can download iTunes here.

Check out the video below for how to subscribe to EBR in iTunes. END_OF_DOCUMENT_TOKEN_TO_BE_REPLACED