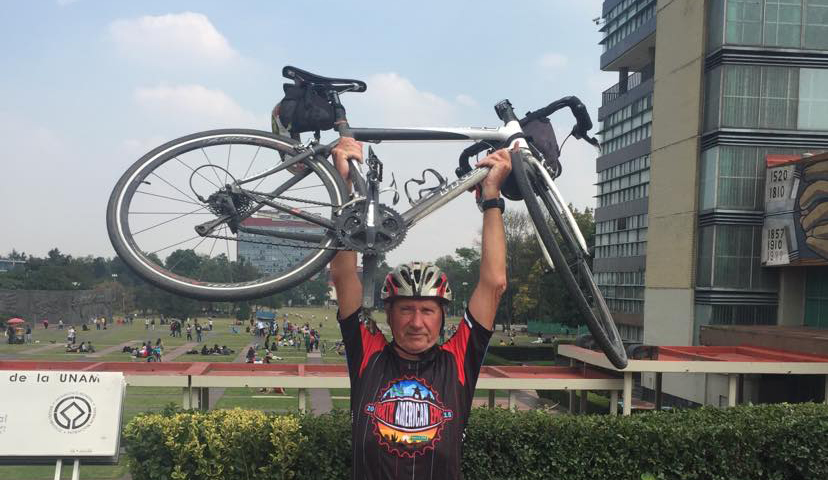 An 80-year-old Canadian adventure cyclist this June will attempt to set the world record for the longest electric bicycle ride, an approximately 13,500 km (8.388.5 mi) route stretching from Alaska to Panama.

The rider, Robert Fletcher, a retired educator and lifelong bicycle tourer, is attempting the feat to celebrate his 80th birthday. If he makes it, Fletcher would best the previous world record of 8.209.20 km (5,100.96 mi) by a significant margin.

The existing record is held by renowned long-distance e-biker and alternative transportation advocate Ravindra Kempaiah, who set the record in summer 2016 while riding a Stromer ST2-S across a portion of the U.S.

For his attempt this June, Fletcher will use an Evelo Atlas hybrid-style e-bike, which sports a Bafang mid-drive motor, a dual battery design and a MTB-style riding position. 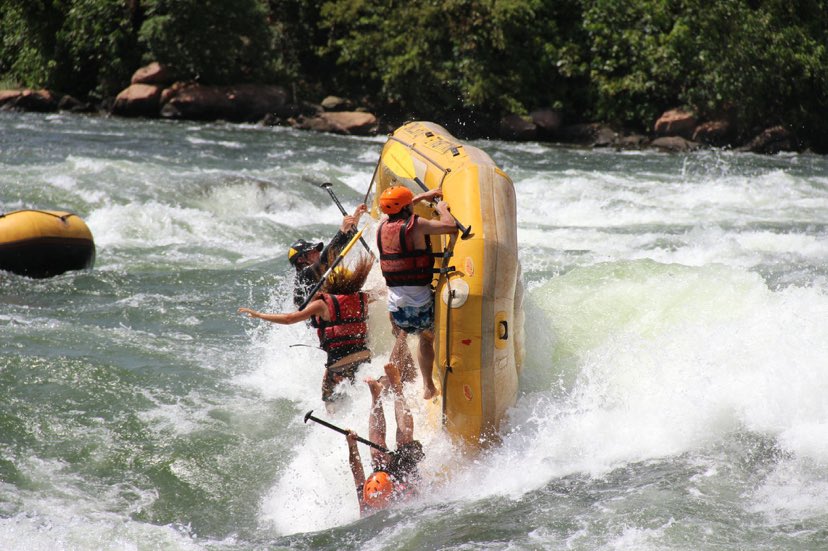 Fletcher, as evidenced by this photo of him taking a swim in a Ugandan section of the Nile River, is an experienced adventurer.

Fletcher is set to begin his ride this June from the city of North Pole, Alaska, an ostensibly Christmas-themed town just outside of Fairbanks.

From there, he expects it to take five months to pedal his e-bike through the interior of Alaska, across Canada’s British Columbia, down the western seaboard of the U.S., through the length of Mexico and across several Central American countries. His final destination is Panama City, Panama.

In total, the route will cross nine countries and cover approximately 13,500 km (8.388.5 mi), according to a post on Fletcher’s Facebook page.

This is far from Fletcher’s first foray into long-distance bicycle touring or ambitious adventuring. Fletcher’s list of accomplishments include a 2014 ascent of Mt. Kilimanjaro (making him the second oldest to do so), a number of 1,000 km-plus bike tours and, most recently, a roughly 10,400 km epic from Anchorage to Mexico City that lasted four months.

Though this trip heads the same direction as his Anchorage to Mexico trip, Fletcher isn’t following the same route.

“One of the first things I undertook for the planning was to select a route and layout a day-by-day itinerary to know where I would be each day and how long the journey would take. In 2015 I did a similar ride from Anchorage, Alaska, to Mexico City, 10,400 km, over four months with TDA Global Cycling,” Fletcher told Electric Bike Report. “For this trip, I wanted the route to cover new areas than the previous trip. That is why I am coming down the center of British Columbia and along the Pacific coast of the USA. The previous trip had us riding down the Baja so that the new route would take us along the eastern side of the Sea of Cortez. From Mazatlan to Nicaragua, I will follow the path used by TDA Global Cycling.”

Inspired by his Santa-themed start point and his expected arrival time close to Christmas, Fletcher will be toting $200 in gifts with him to Panama, where he says he plans on giving them out to local children. He’s also started writing a book on the effort, which he’s calling ‘Octogenarian Odyssey: Trading the Sofa for a Bicycle Seat.’