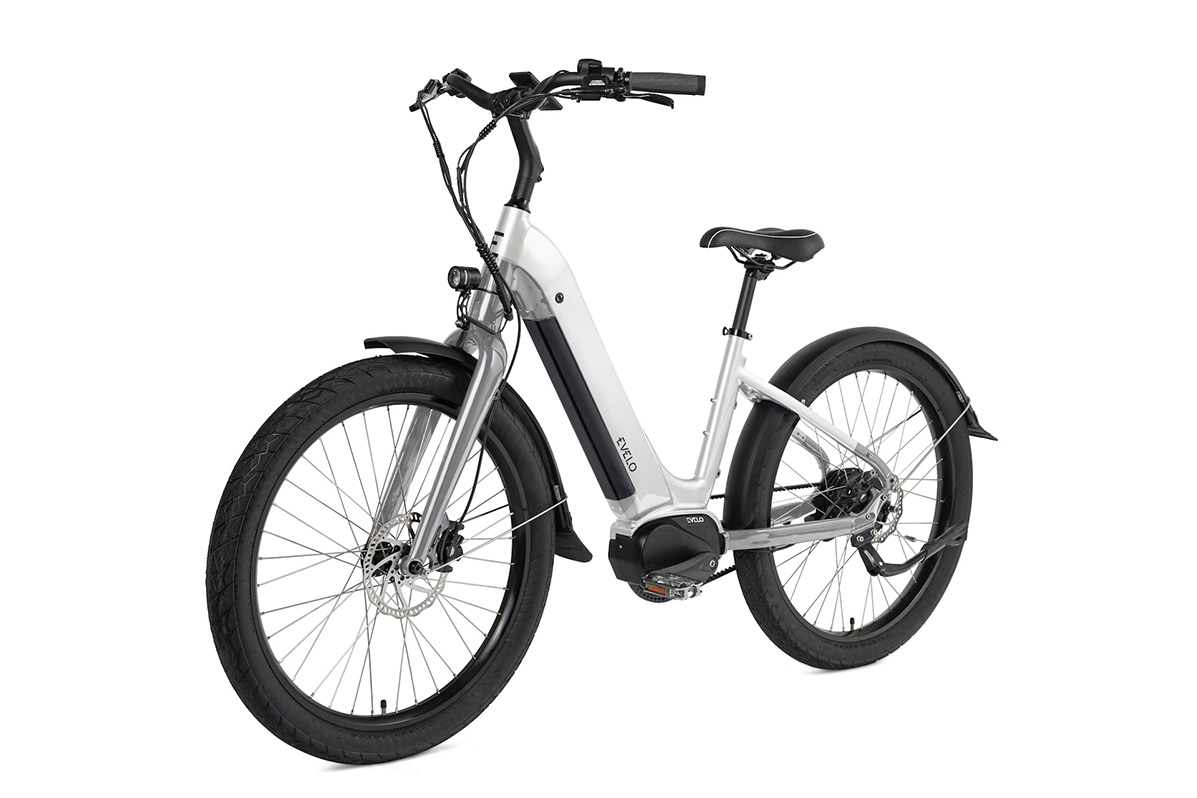 The Evelo Omega has been in the works for more than five years, according to John O’Donnell, Evelo’s director of product development.

Evelo’s customers have long been asking for a model with a fully integrated battery, and the company has been listening. But the problem was frame stiffness, according to O’Donnell, especially on a step-thru design like the Omega.

By removing the top tube, step-thru bicycles have an inherent problem with stiffness. Designers of traditional bicycles typically solve that problem by beefing up the downtube and bottom bracket areas of step-thru frames, or, in the case of some bikes like the Specialized Turbo Vado, simply lowering the top tube and sacrificing some of the bike’s stepover height.

This flexibility issue is only exacerbated by trying to integrate the battery into the frame, and until recently patents stood in the way of O’Donnell’s team building a step-thru e-bike with an integrated battery — so they waited. 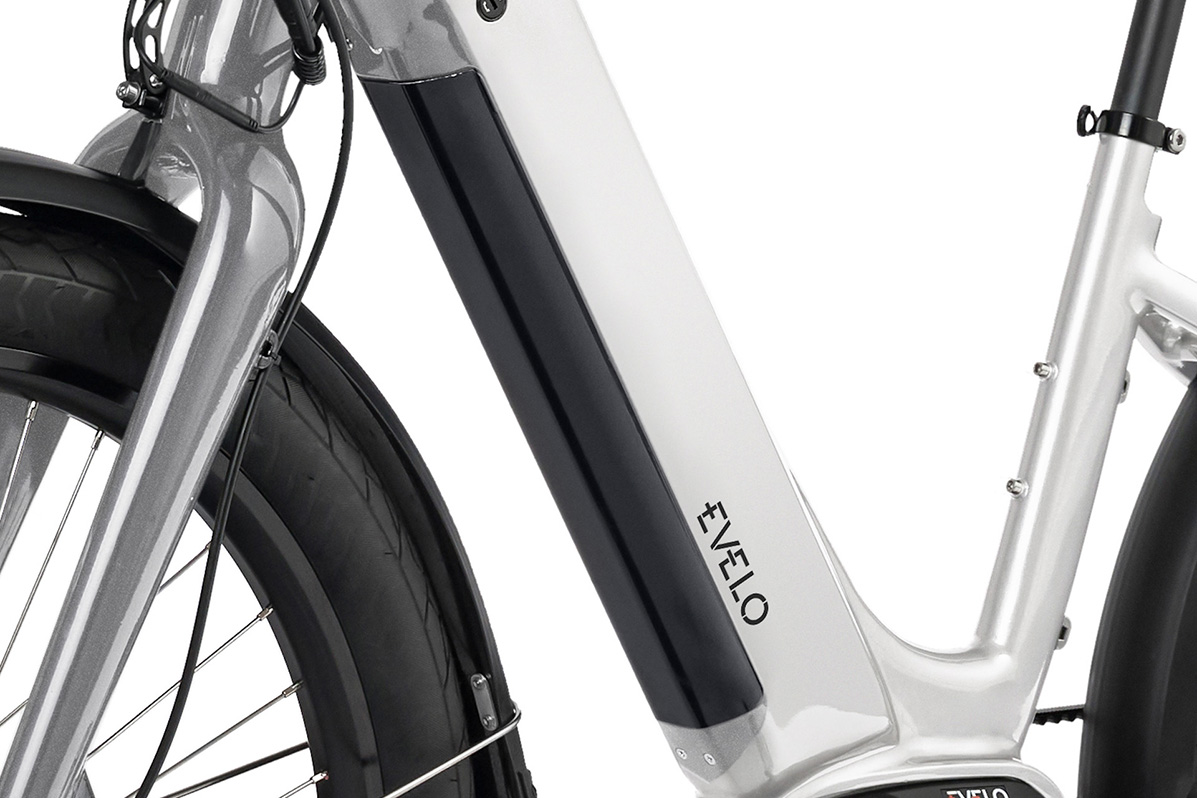 The new step-thru frame with an integrated battery is very sleek and notably cleaner than the previous Aurora. 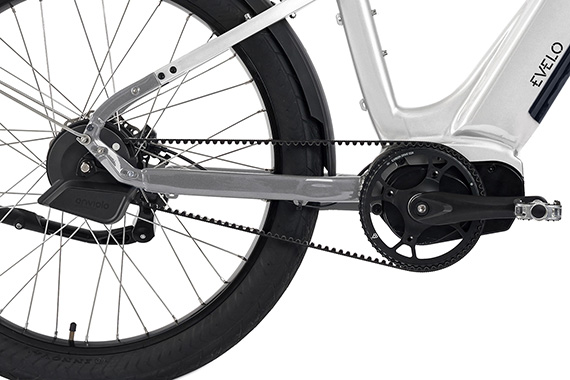 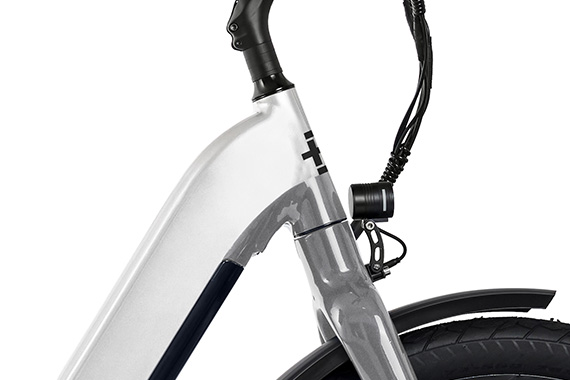 Notably Evelo fit the Omega with a rigid front fork over a suspension fork.

That wait yielded the Omega, Evelo’s new flagship e-bike built on the tenets of comfort, low weight and ease of use.

“We feel confident that we’ve nailed it with this bike,” O’Donnell said.

In addition to the new frame, Evelo fit the Omega with a retooled Dapu MD750R mid-drive motor with a nominal rating of 750W. The motor’s torque output has been increased from 105Nm on the Aurora to 115Nm on the Omega.

The integrated battery is a 720Wh removable unit that, according to Evelo, will conservatively power the Omega for up to 60 miles. There’s also an option to add a secondary rack mounted battery that’ll add an additional 556.8Wh of energy on top of the primary unit, making for a whopping 1,276.8Wh of combined energy. 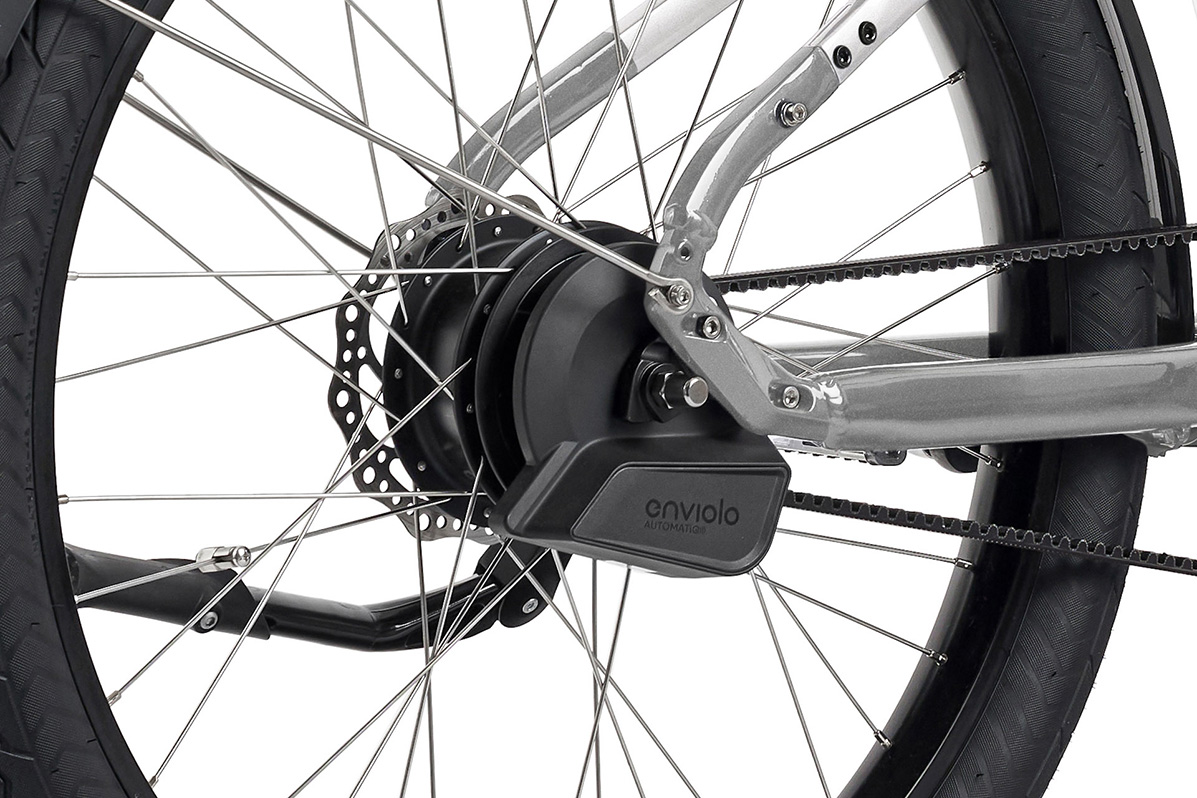 The Enviolo AutomatIQ system hangs off the rear hub in place of a rear derailleur. 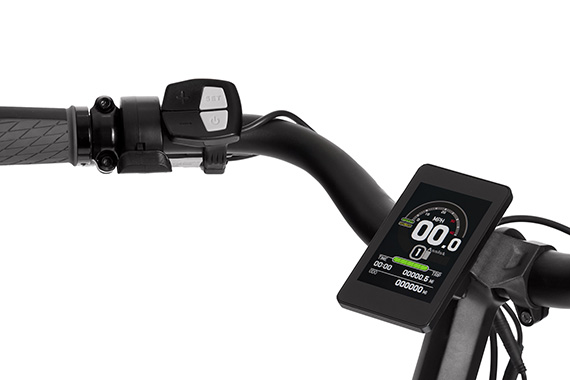 Do we spy a new display?

The Omega will also come with the new (and very cool) Enviolo AutomatIQ CVT hub with a trekking gear range, giving riders a 380 percent gear ratio. The AutomatIQ system actually handles the shifting for you. Controlled by app or a handlebar-mounted touchpad, a rider simply chooses the cadence they wish to pedal and the hub automatically adjusts to maintain that pace. Connecting that hub to the mid-drive motor is a Gates CDX belt drive, keeping the drivetrain virtually grease and maintenance free.

The Omega is available for preorder now with a launch price of $4,199, though that will eventually increase to $4,499. It’s sold with Evelo’s signature 4-year/20,000 mile warranty and its expected ship date is February 2022, barring any (likely) supply chain delays.