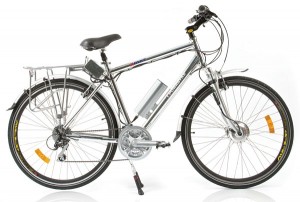 Powabyke’s to be sold in the US

Time for another electric bike news recap!  From the week of April 4, 2011 there was some interesting stuff happening in the E-bike news: People on moped style e-bikes having issues with the local police, the Busettii Big 50 electric bike review, the EU’s White Paper on Transport, a video of the Kalkhoff Pro Connect Sport 250, Powabyke’s in the US & more!

And now the Electric Bike NEWS!

This is a nice article about electric bikes from a recent sustainable living field day in New Zealand.  Some great points about the benefits of electric bikes.

Do you live in Morris, Sussex, Warren, suburban Essex, Passaic or Union counties?  If so you could be entered to win a Trek 7200 + electric bicycle by participating in the 2011 Northwest New Jersey Bike to Work Challenge starting in May.

Here is an interesting one; Police in Springfield Oregon have cited Paul McClain 5 times for riding his electric bike (a bike that looks more like a moped than a bicycle) without a license.  Mr. McClain says he doesn’t need a license to ride his electric bike.  The court will decide……

And here is another similar case where police in Ocean City, New Jersey have ticketed a woman for riding her moped looking electric bike as an unregistered motor vehicle.

Electric bikes are getting some attention from the Economist.com.  They reference some rather high end electric bikes which I think gave some people sticker shock!

The EU has published it’s White Paper on Transport with some pretty ambitious goals of reducing green house gases by 60% by 2050.  Unfortunately the idea of many people using bicycles and electric bikes has been largely overlooked in their report.

This is a video I put together of the features of the Kalkhoff Pro Connect Sport 250 electric bike.  Full review coming soon!

Ciclavia, an event that promotes biking, walking, rollerblading, skateboarding, etc. was recently held in Los Angeles and the event drew thousands of people.

Powabyke, a UK based electric bike company, will start distributing their bikes in the US.

The Grace One electric bike/motorcycle started production recently in a partnership with Grace and Panther Werke AG.  This is a powerful electric bike at 1300 watts, way above the limit to classify it as a traditional electric bicycle!