A maker of bicycle tires since the early 60’s, Kenda is a common name found stamped on the sidewalls of electric bike tires.

Odds are good that if you bought a new e-bike in the past several years that the tires that came with your bike are a set of Kenda’s. The Taiwanese company is arguably one of the most widely-chosen stock e-bike tire manufacturers in the world, with their products coming stock on everything from electric fat bikes to high-speed super commuters.

But, aside from being the stock choice for many manufacturers, are electric bike tires any good? 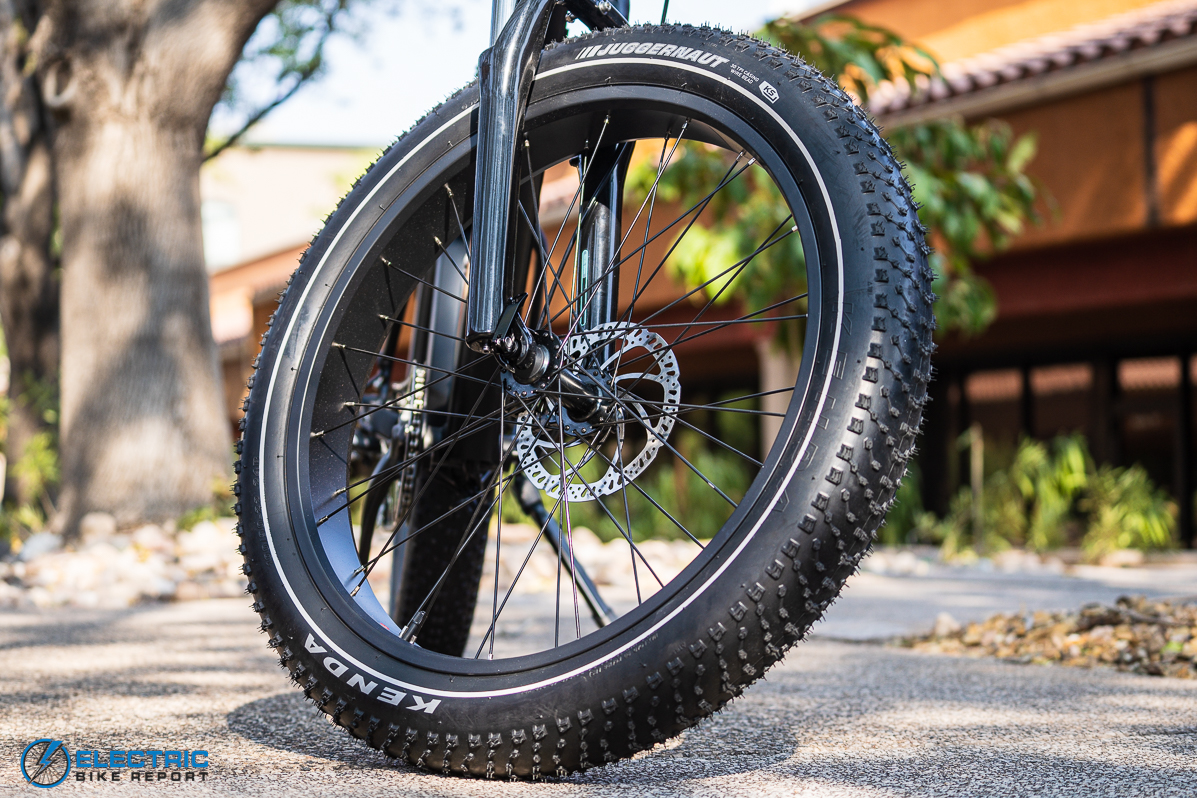 This is a question the Electric Bike Report. team has answered in the comments section many times. The quick and dirty answer is yes, Kenda has a long history of making quality bicycle tires and is a major manufacturer of tires made specifically for e-bikes. There’s a reason so many e-bike brands put their trust in Kenda tires.

Kenda was an early innovator of e-bike specific tires and makes it easy to identify which of its tires are built specifically for e-bike use. Keep an eye out for these marks on the side of Kenda tires, denoting them e-bike specific: These tires are denoted by the “E-50” or “E-BIKE 50” mark on their sidewall, meaning they’ve passed a special E.U. certification rating them safe for e-bike use at speeds up to 50 km/h (30 mph). While the U.S. doesn’t have laws around e-bike tires, Europe does — so many manufacturers build their e-bike tires to meet the E.U. specifications.

On the knobby side, Kenda’s EMC mark denotes their tires developed specifically for eMTBs. Not only are these also ECE-R75 certified to 50 kmph (30 mph), they have an additional layer of reinforced fabric and an additional layer of puncture protection underneath the tread. These are the first eMTB-specific tires on the market, according to Kenda, and offer more grip, durability and control.

But there are some e-bikes, specifically the fat tire variety, that come with Kenda tires that are not e-bike rated. 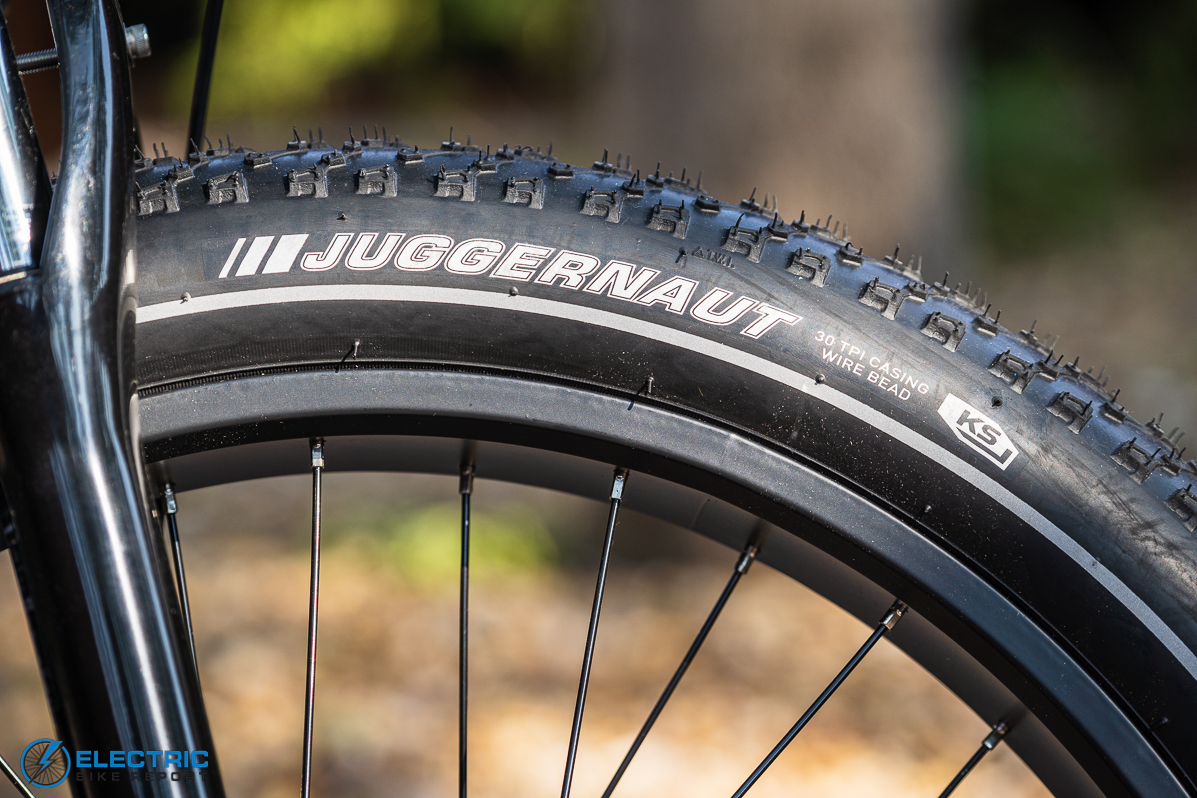 The Kenda Juggernaut is one of the most popular electric fat bike tires on the market but isn’t e-bike rated.

Though e-bike specific tires are becoming more commonplace, it’s not uncommon to see some types of e-bikes spec’d with non-e-bike rated tires.

Nowhere is this more common than on electric fat bikes.

The Kenda Juggernaut, an aggressively-treaded 4-inch fat tire, is one of the most common tires we see come stock on electric fat bikes. Electric Bike Report is well versed in this tire (it’s probably the most popular electric fat bike tire) and we trust it on our test bikes. It’s even what is used on some of the best fat tire electric bikes out there. It’s grippy, voluminous and based on an extremely popular motocross tire.

The Kenda Krusade is another oft-seen fat bike tire that can be found on many electric hunting bikes. It’s also a 4″ tire, and the anti-puncture tech makes it ideally for the hunting crowd dealing with diverse terrain. Be it dirt, snow, roots, or more, it generally holds up well.

We also see many of the lighter-weight and lightly powered electric bikes, such as city bikes and some folding bikes, spec’d with non e-bike specific tires. Thanks to their low weight and lower speeds, normal bike tires have enough reinforcement to work fine. But on the larger, more powerful Class 3 e-bikes, it’s wise to choose something e-bike rated.

A little history on Kenda tires

Started in Taiwan in 1962, Kenda was founded as a bicycle tire company before branching out into motorcycles, cars, trailer tires and more.

Kenda established a U.S. presence in the early 90’s and has been a mainstay in the cycling scene since, but that brand has really gained a footing as an OEM brand (original equipment manufacturer) meaning they’re the ones who build the tires that come stock on many new bikes — which is why so many people in the e-bike community know them. But their tires are a popular aftermarket choice, too.