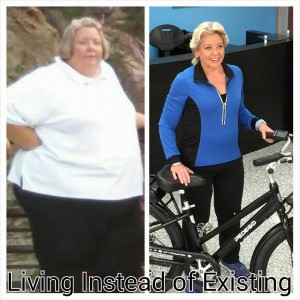 On February 7, 2012 Rhonda Martin weighed 457 pounds and she “decided I was tired of just existing and wanted to live again.”

She now has lost nearly 300 pounds thanks to a healthier diet and an exercise routine that includes riding a Pedego City Commuter electric bike.

Riding her electric bike was a way to initially get some exercise and have some fun.

She now rides her Pedego 38 miles round trip to work in addition to recreational rides with her husband.