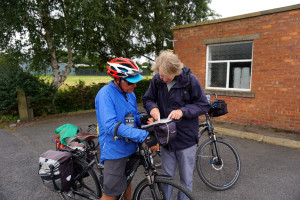 After five months and more than 9300 kilometres of cycling the e-Bike Cycle Tourists set off on Monday on the next stage of their e-bike record breaking adventure – a tour of Ireland.

With help from Electric Escapes Ireland, a network of E-bike tour operators on the west coast of Ireland, Olivier Vander Elst from Haibike dealer Greenaer in Dublin and e-bike enthusiast Robbie Syme, who are all helping to work out a suitable route, the plan – weather permitting – is to circumnavigate the Green Isle.

With up to four weeks allocated for the tour, we will continue to clock up the kilometres while seeing as much of Ireland as possible. Along the way we intend to indulge in everything that Ireland has to offer while continuing to spread the e-bike message.

Given that the final details of our route are still to be decided, the rough plan at this stage is to head south from Dublin towards Cork before heading up the west coast through Kerry and Connemara to Northern Island before returning down the east coast to Dublin for the ferry back to Wales.

While initially we intended to head to Belfast and go down the picturesque west coast first up, we were quickly advised that it would be better to make use of prevailing southerly winds and to travel from south to north up the west coast.

So there it is, Ireland and everything it has to offer here we come – stayed tuned for more details of our adventures.
But while Ireland is now very much on our radar, cycle touring in the north west of England and northern Wales has been more at the forefront of our thoughts and efforts over the past couple of weeks. 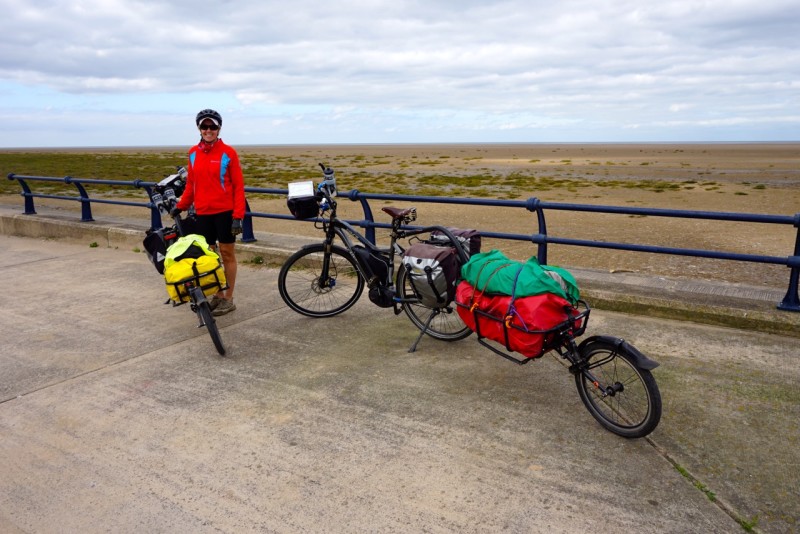 From Gretna Green where we left Scotland, we cycled through the stunningly beautiful Cumbrian Lakes District of England to Lancaster, through Preston – where we got hopelessly lost – to Crosby and Liverpool and then caught the ferry across the famous Mersey River to the north of Wales. 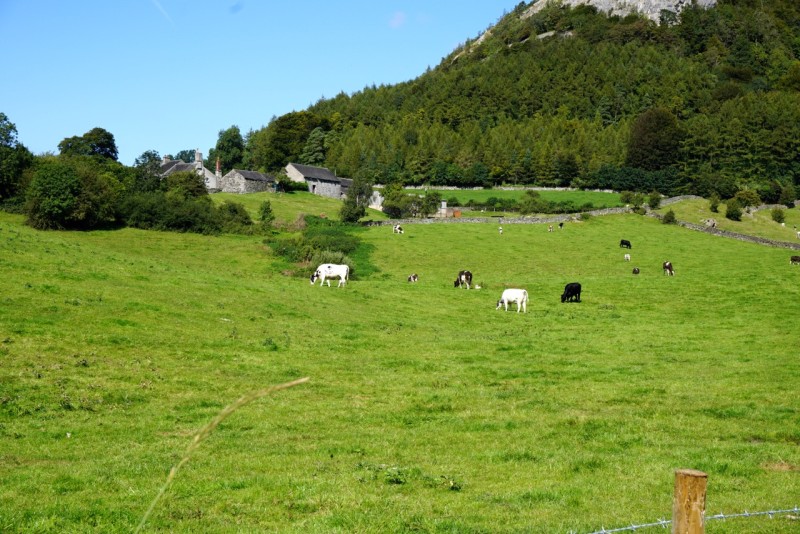 From there we weaved our way through the countryside to Holyhead on Anglesey Island where we are now due to catch the ferry to Dublin tomorrow.

Along the way we were time and time again amazed by the generosity of complete strangers. Cycling into Preston we were dutifully following our assigned National Cycle Route when suddenly the numbering and signage disappeared at major road works in the middle of the city.

After more than 90 frustrating minutes of trying to find our way out of town, we were left with no option than to retrace our route into town to an alternative path that bypassed the city.

Given that we had already cycled more than 90 kilometres, were getting low on battery power, that dusk was quickly approaching and we still had nowhere to camp, we were facing one of two options – to wild camp or find a suitable hotel.
With wild camping not an option – just let’s say we weren’t in the best of areas to pitch a tent – and that we had no idea where we could find other suitable lodgings, we were delighted when we met local bike enthusiasts Gray and Tony who were out on a late evening bike ride. 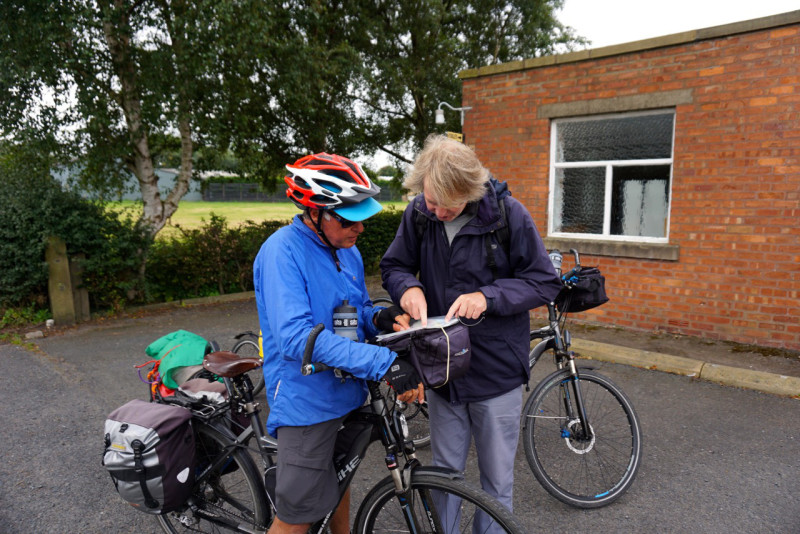 On hearing about our predicament Gray didn’t hesitate to extend an invitation to stay at his house for the night – an invitation we were obviously in no situation to refuse. It was just as good in the morning, with Tony offering to guide us out of town to ensure there was no repeat of the previous night’s dramas.

Given that camp sites for tents are few and far between in the region – maybe that should read non-existent – it was almost a repeat situation the following night when we cycled into Crosby on the coast on the outskirts of Liverpool.

With dusk approaching and unable to find anywhere to camp, we were extremely fortunate to meet Paul, another cycling enthusiast on a late evening bike ride. 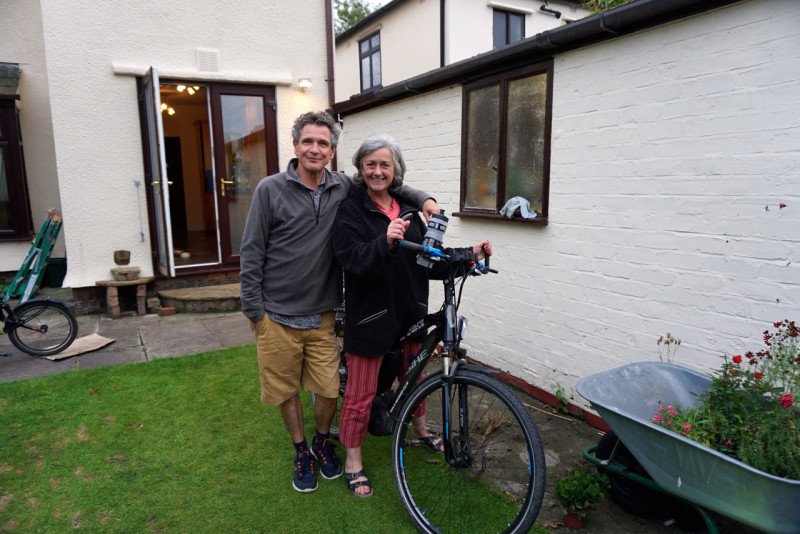 As was the case the previous night, Paul, after phoning his wife Caroline, much to our relief invited us to pitch our tent in his backyard. And like Tony the previous day, he also guided us out of the city and on our way the next morning.

On yet another occasion in Liverpool on the way to the ferry crossing over the Mersey River, we found ourselves in difficulty after cycling down a steep incline that unknowingly led to three flights of stairs – not a great situation at the best of times. But once again there was someone there to help when a complete stranger selflessly offered to help us carry our bikes and trailers up and over the stairs.

Don’t ever try to tell us that the world isn’t full of good, caring and helpful people! From our experiences over the past five months there is seemingly always someone there to help when you need it most.