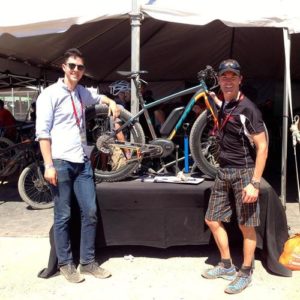 Although Mr. Fleischer didn’t have a timeline for bringing Bosch ebikes stateside he was intrigued by the possibility.

Over the next years we kept in touch and a rotating retinue of Bosch executives passed through our electric bike shop on fact finding missions in the states.

The timeline started to solidify. 2014 seemed to be the year, and it couldn’t come soon enough.

Fast forward to today. I’m standing over a prototype Felt hard tail 29er Bosch powered mountain bike, peering up the road towards Mount Tamalpais in the distance, ready for an epic climb. You can imagine my excitement. 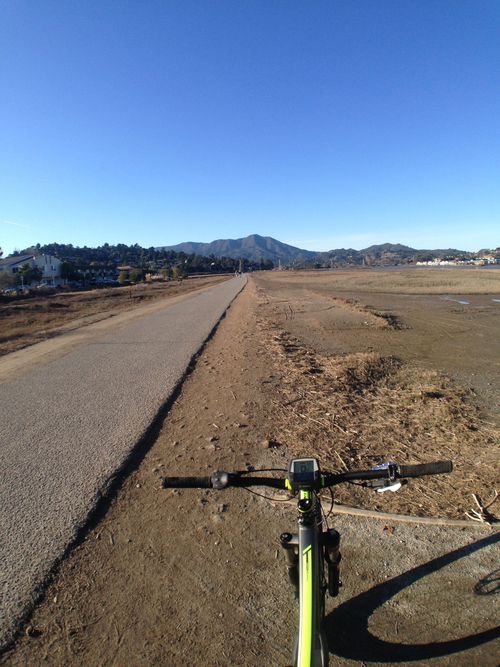 The drive unit on my Felt 29er is different from the Bosch systems of the past. It’s called the Bosch Performance Line system and has been re-engineered to be lighter weight, more efficient, and more powerful. The big change is that the new drive, like the Impulse motor from Kalkhoff and Focus, is direct drive, meaning that there is less energy loss and fewer moving parts than in a planetary gear mid-drive system. 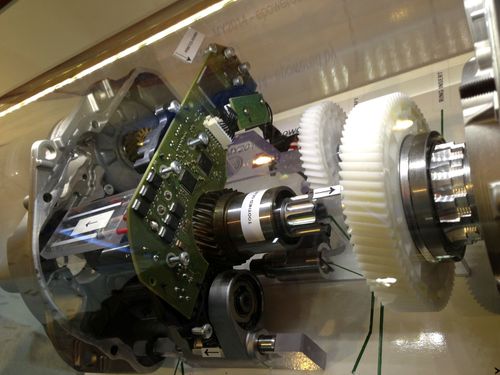 Specs aside, the new Bosch drive translates into less weight and increased performance. We put the Felt prototype on our scale and found it to be hovering at 40 lb. That’s lighter than some downhill mountain bikes. And like a smartly constructed bicycle, the weight is distributed perfectly, falling right in the middle of the bike: an undeniable mid-drive advantage.

Climbing mountains on this bike is a revelation. Like all mid-drives, the amount of torque it’s capable of transmitting to the road is breathtaking. I pedaled up some highly technical terrain and 30% grades on the east side of Mt. Tam that is generally reserved for down-hilling. “You’re crazy” one mountain biker yelled as he passed me going down hill, not realizing that I was Bosch assisted.

While the 50Nm of torque that the Bosch drive is capable of putting out is powerful, the seamless pedal assist technology leaves you totally in control. It’s smart enough to come on when you need it, and while it has a nice carry on effect that smooths out power when you’re pedaling cadence slows, it never feels like it’s on autopilot. And that’s important when you’ve got a sheer drop-off on one side of you, and loose gravel ahead.

Bosch will introduce its drive system in collaboration with its partners with a focus on mountain bikes – thus the Felt 29er I’m riding. The official launch event is going to be at the Sea Otter Classic, a storied mountain bike race in Monterey, California, where Bosch is the official electric bike sponsor.

Choosing to start off with a big push in mountain bikes makes a lot of sense. Everyone understands that a serious mountain bike requires not just performance, but also supreme reliability and durability. While most people won’t be using their Bosch ebike for single-track on the daily, the fact that Bosch has the cojones to bring it to market on a host of mountain bikes speaks volumes: if it can perform in the roughest conditions, you know you can rely on it. 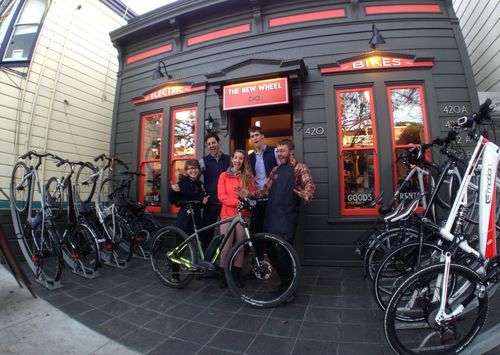 The light weight design, performance efficiency and reliability of the system is going to come in handy for a whole host of use cases. My Felt mountain bike was able to climb over three thousand feet over 20 miles on high assist and still have one bar of five to spare on the fuel gauge when I got home. That’s the type of experience and spec that will be useful for all sorts of riders from the urban commuter to the long distance tourer, and, of course, the mountain biker.

Alone at the summit as I peered out across the Marin Headlands and off to the East Bay and San Francisco beyond, I couldn’t help but reflect on how I got here. I’ll tell you the wait was worth it and I can’t wait to get you on a Bosch test ride soon. 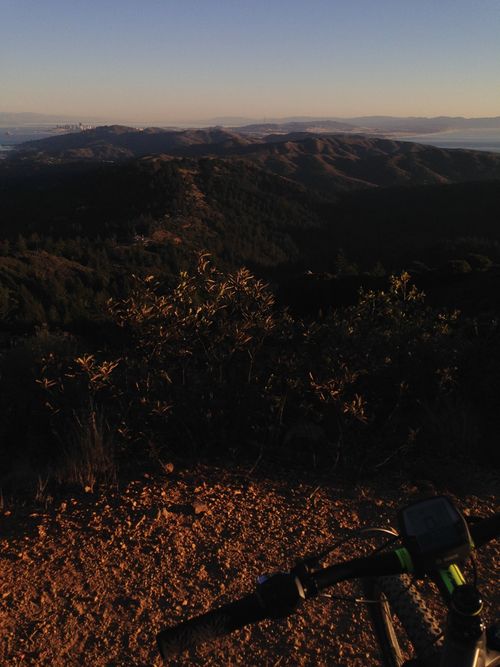 On top of the world, with San Francisco in the distance