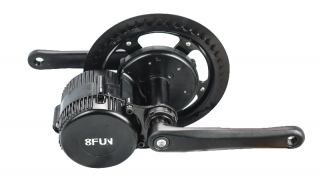 Starting in January 2014, Energie Cycles will offer the new Bafang 350 watt mid-drive motor package on the 2.6t and the 500 watt mid-drive system on the 2.6tm, adding as much as five times the torque while slightly reducing the overall weight. 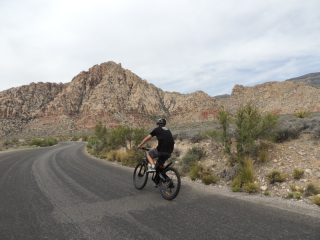 This is a press release from Energie Cycles.

Energie Cycles gives everyone the chance to experience the vistas of the Red Rock Canyon National Conservation Area located on outer edge of Las Vegas, on a bicycle. While the 13 mile visitor loop that winds along the base of the brightly colored sandstone formations is paved, it offers significant elevation changes perfect for the E Bike.