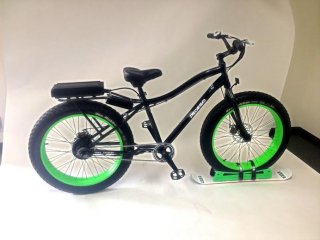 The Trail Tracker is a heavy-duty, off-road monster, with END_OF_DOCUMENT_TOKEN_TO_BE_REPLACED

Here is your chance to win 2 Pedego electric bikes; 1 for you and 1 for your friend!  There are also cool e-bike accessories (Nutcase Helmets & Light and Motion lights) being given away weekly during the promotion which ends with the announcement of the Pedego winners on April 30, 2012.

This is a pretty cool promotion because each Pedego e-bike is worth $2,075!

It is super easy to sign up.  Just END_OF_DOCUMENT_TOKEN_TO_BE_REPLACED

After a few days of intensive testing of the Pedego Classic Crusier electric bike, I have put together this video review for you.  This is a real world review based on me riding my normal commute route to work, running errands, and taking it on some steep hills and gravel bike paths.  I feel like I really put the Pedego electric bike through it’s paces and I got a great handle on the pros and cons of this bicycle.